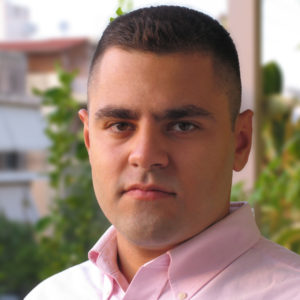 Nicholas is currently in his third year studying Applied Mathematical & Physical Sciences at the National Technical University of Athens. He aspires to master Artificial Intelligence and Deep Learning. Being a geography fan from a young age, he has always been interested in all the things that can bridge the gap between nations. He firmly supports and embraces the idea of global citizenship, and tries his best to make everyone around him feel responsible and be informed about global issues. He has a quite strong interest in issues related to technology and innovation at a European level.

According to the found father of the European Union, Robert Schuman, “Europe will not be made all at once, or according to a single plan. It will be built through concrete achievements which first create a de facto solidarity.” Indeed, the COVID-19 pandemic gave prominence to the need for both local and continental solidarity. Even though Greece had a relatively moderate quarantine, fellow Mediterranean countries like Italy, Spain and France suffered from the uncontrollable spreading of the virus. During these hard times, the European Union proved to be the cornerstone of the continuous fight for human life. European Union principles and Pan-European culture can be widespread through EST projects and activities in Greek universities, and that is one of his ambitions.