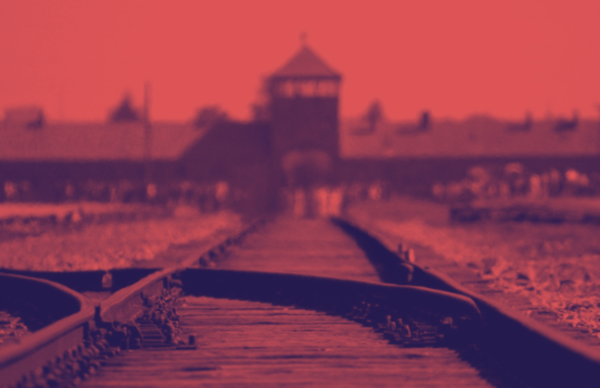 On January 27, the United Nations (UN) celebrates the International Day of Commemoration in Memory of the Victims of the Holocaust. It equally represents the date, on which in 1945 the Russian Red Army liberated the Auschwitz concentration camp. The liberation brought to light the unprecedented human atrocities through the mass killing of people of the Jewish faith as well as other population groups ‘unwanted’ by the Nazi regime, such as disabled people and the Sinti and Roma people. The genocide of millions of children, women, and men took place within a Nazi ideology of antisemitism and racism developed during the years prior to and throughout World War II, intermingled in political goals and aspirations and supported by a large part of the German society.

The ‘success’ of this misanthropic political ideology was built on a fundament of systematic terror, a concept of racial categories, and its extreme promotion through the mass media (Zu Utrup 2012, 69-72). It is particularly this new way of exploiting the mass media for disseminating the Nazi’s racial ideology, which shall be the core of analyzing the current stand of antisemitism in the political language in Europe. In a climate of anti-Semitic conspiracy theories after World War I, the effectively mobilized mass diffusion of the racist political language of the National Socialist German Workers’ Party (German: NSDAP) has contributed to perpetuating antisemitism in German society.

Seventy-seven years after the liberation of Auschwitz, antisemitism and racist political language once more seem to be on the rise in several European states with extreme right-wing parties trivializing the holocaust and amplifying antisemitism. Hence, media discourse once more functions as a vessel for polarized opinions, shaping and influencing in a great manner the opinion of the public. Indeed, it is particularly the emergence of social media, which reinforced a change in political language discourse, led by increasing disinformation, conspiracy theories, and the reinforcement of socio-political bubbles.

According to a study by the non-governmental Amadieu Antonio foundation, the Expo Foundation, and Hope not hate Charitable Trust researching Antisemitism in the Digital Age particularly in Sweden, Germany, and the UK, anti-Semitic posts and conspiracy theories are alarmingly increasing on all Social Media platforms. Indeed, the Covid-19 pandemic paved the way for new emerging conspiracy theories, often mixing anti-vaccine and anti-government behavior with a trivialization of the Holocaust. For instance, anti-vaccine protestors in France, Germany, the UK, and other European states increasingly use the yellow Star of David badges to refer to their ‘victimization’ by their respective government’s Covid policy, hereby trivializing the extreme suffering experienced by the victims of the Holocaust (see Mulhall 2021, 16)

Moreover, due to the speed, free accessibility, global linkage, and anonymity of internet communication, the unfiltered dissemination of anti-Jewish ideas has reached unprecedented levels (see TU Berlin 2018). Hence, social media does not only support the diffusion of old anti-Semitic conspiracy theories, such as The Protocols of the Elders of Zion, a 20th-century forgery from pre-Nazi times, which argued for the existence of a Jewish World Conspiracy but equally made anti-Semitic content more accessible to the youth (Mulhall 2021, 16). In light of the rise of social media as an increasingly important political tool and primary source for information, particularly by young people, widespread antisemitism, holocaust trivialization, and anti-Semitic conspiracy theories have become a more worrisome phenomenon (World Jewish Congress 2016). Another core issue when it comes to the dissemination of anti-Semitic content on social media is the insufficient legal means by which social media platforms can delete, block, and control antisemitic content in Europe.

Moreover, the quicker and more widespread diffusion of anti-Semitic content over social media, the success and language of extreme right-wing parties in several European states further fuel the increasing climate of antisemitism.

In Germany, the extreme right-wing party Alternative für Deutschland (AFD), which first entered the Bundestag in 2017, relied heavily on social media, particularly Facebook, to spread its right-wing political agenda including anti-Semitic stereotypes. According to a study by Monika Hübscher (2020), the AFD widely diffused antisemitism on its social media channels, spanning from anti-Jewish caricatures to discredit political opponents to attempting to disregard the memory of National Socialism and the Holocaust by leading figures of the party. Even though the AFD attained a comparable low voter’s percentage compared to the established German parties, it is the party to mobilize most of the users on social media, leading it to be seen as the first ‘Facebook party’ of the country (see Saal 2017; Diehl et al. 2019).

The strong parallels to the time before the assumption of power through the NSDAP between World War I and World War II are appalling, considering both the use and spread of antisemitism, conspiracy theories, and the highly effective use of new media channels to diffuse the party’s anti-Semitic ideology. However, the new rise in a political language shaped by antisemitism is not only a German phenomenon but can be found in several European countries’ political spheres.

In Poland, anti-Semitic statements from politicians increased in 2018 after the Polish government passed a controversial ‘memory law’ restricting the freedom of speech when it comes to polish complicity in historical crimes. Since the law’s endorsement in February 2018, anti-Semitic political language expanded from far right-wing parties to the political mainstream discourse (Pankowski 2018). Furthermore, a report of the Anti-Defamation League (ADL), an US human rights organization acting against the discrimination of Jews, stated that Hungarian Prime Minister Orban accused the American Jewish financier George Soros to support the settlement of migrants in Hungary, and Jeremy Corbyn’s UK Labour party was accused of utilizing anti-Semitic rhetoric (ADL 2021).

The previously outlined cases are only an excerpt of anti-Semitic changes in a political language all across Europe. However, they indicate a highly worrying change toward more frequent and more natural employment of political statements including antisemitism or trivializing the Holocaust by right-wing political parties and parts of the European society. Indeed, anti-Semitic conspiracy theories and the downplaying of the Holocaust gained new heights in the current Covid-19 pandemic, particularly in the context of the many anti-vaccine and anti-government protests. Similar to the time before the genocide of millions of Jews in the Nazi concentration camps, political figures promoting ideologies around antisemitism nowadays effectively use new channels of communication to reach a greater share of the population. Today, it is especially the social media platforms, which provide a thriving and protected base for racism, antisemitism, and any other kind of inhuman ideologies. Considering the important influence of language and political communication on human actions, this day of commemoration of the victims of the Holocaust should once more emphasize how important it is to counteract the unlimited propagation of these ideologies in our society. For instance, the first measures against the propagation could include legal obligations for social media platforms to delete and counteract the spread of racist and anti-Semitic content as well as the insertion of a sensitization campaign on social media educating about the consequences of antisemitism and the Holocaust. Lastly, we need a real and sensitive discussion about the limits of political language and consequences for politicians negatively surpassing these limits with possible implications for the life and integrity of people. Antisemitism has been the driver behind an unprecedented genocide to date on European soil and it is again on the rise in many European countries. Let us thus use this International Day of Commemoration in Memory of the Victims of the Holocaust not only to remember the millions of victims of this human tragedy but also to ensure that such violence will never happen again.

Hübscher M. (2020). Likes for Antisemitism: The Alternative für Deutschland and Its Posts

Pankowski, R. (2018). The resurgence of antisemitic discourse in Poland. Israel Journal of

TU Berlin (2018). Antisemitism 2.0 and the Cyberculture of Hate: Hostility towards Jews as a

World Jewish Congress (2016). The rise of Antisemitism on Social Media. Summary of 2016.