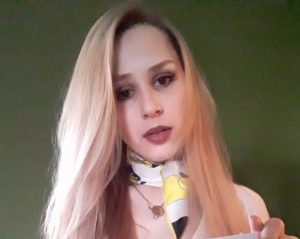 Political Science is her dream degree since she has always wanted to be an agent of socio-political change and contribute more to society. She has been involved in the work of the European Student Think Tank as an Ambassador to Bosnia and Herzegovina and Senior Ambassador. As an Ambassador she has advanced her ability to transfer knowledge and reach young people. Since 2014, and finishing of study visit organised by Institute for European Affairs in Belgrade, she was awarded the title Youth Reconciliation Ambassador. She co-wrote a book chapter titled Bosnia and Herzegovina-One Belt and Road Initiative for the forthcoming book Young Belt and Road that is to be published by Zhejiang University Centre of Coordinated regional Development, China.

During her undergraduate studies, she has been Student Demonstrator at the Department of Social and Political Science at the International University of Sarajevo. At the beginning of her third year, she founded the Association of Political Science Students together with her colleagues and was its President until June 2017. Through her master studies at the International University of Sarajevo, she held the position of the Assistant. She had the honour to be a member of the British Embassy to Sarajevo Youth Inspirational Group.

As someone passionate about the Model United Nations, she has participated in many MUNs and organised IUSMUN at the International University of Sarajevo. She has a great interest in EU integration, international law, criminology, political systems, democratic institutions and elections.