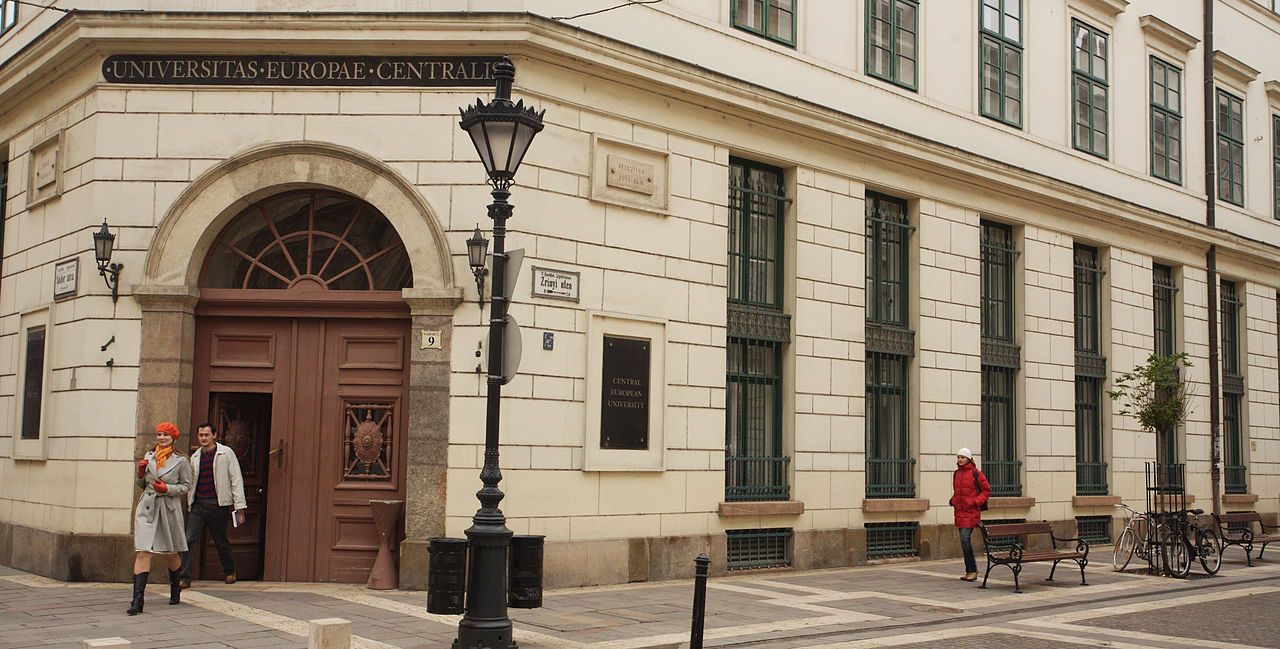 Nowadays, when pondering the fate of the EU, one of the questions that arises is whether the EU is to continue fighting for the values it is founded on, or whether it is to focus more on pragmatic behaviour, due to the unpredicted and aggravating circumstances, such as Brexit, threat of terrorism and the refugee crisis. It seems that the latter has been the case.

Democratic Backsliding in the EU

The European Union is more than a simple economic union. It has been evolving into a political union, in whose foundation lies the belief in the importance of democracy, human rights and rule of law. Consider the Article 2 of the Lisbon Treaty:

The Union is founded on the values of respect for human dignity, freedom, democracy, equality, the rule of law and respect for human rights, including the rights of persons belonging to minorities. These values are common to the Member States in a society in which pluralism, non-discrimination, tolerance, justice, solidarity and equality between women and men prevail.[1]

Nowadays, when pondering the fate of the EU, one of the questions that arises is whether the EU is to continue fighting for the values it is founded on, or whether it is to focus more on pragmatic behaviour, due to the unpredicted and aggravating circumstances, such as Brexit, threat of terrorism and the refugee crisis. It seems that the latter has been the case. Consequentially, the EU has not been as vocal in defending what it stands for and has given in to populism across Europe. Its member states, which stand out in this regard, are Hungary and Poland. It is a well-known fact that these states represent a contemporary example of “democratic backsliding”.[2] This can easily be seen by taking a look at how much their “democracy score” has sharply decreased since their populist leaders came to power.[3]

Even though the EU has criticized these countries for their “illiberal” behaviour, there is an impression that it has not taken any concrete and solid steps against such behaviour. As a result, it is not hard to imagine that the EU’s absence of action, regarding such issues, has inspired aspiring autocrats across Europe to continue committing similar attacks on democracy and the rule of law, knowing that they would not face meaningful consequences.[4] Therefore, it is not far-fetched to argue that the EU is continuously failing in upholding its values, which it so proudly praises, and increasingly giving in to populism. However, the recent attack on the Central European University (CEU) by the Hungarian government, represents another test for the EU and it will illustrate whether it is ready to finally decisively stand out against the authoritarian behaviour of some its member states.

CEU was founded in 1991, and since then it has been granting Hungarian- and American- accredited M.A. and Ph.D. degrees and offering scholarships to students coming from all over the world. In 2015, its programs related to politics and international studies were ranked as 29th in the world, and 7th in Europe.[5] Now, politics has decided to change that.

In April 2017, the Hungarian Parliament (which is dominated by Orbán’s party – Fidesz) voted in favour of a legislation that could force the closure of CEU. The president and rector of CEU, Michael Ignatieff, summarizes how damaging this legislation would be to CEU:

The bill would forbid the university from issuing its American degrees, require it to open a campus in the United States (it operates only in Budapest) and put it under the control of the Hungarian government. The government would have the power to deny work permits to faculty members from outside the European Union and use the visa system to restrict the university’s ability to choose its students.[6]

If CEU fails to comply with the new rules, it will not be able to accept new student intakes from 2018, and could possibly close by 2021.[7]

It should be taken into account that the education is the area in which the EU does not have competence to harmonise legislation in force in the member states – it can only carry out actions to support, coordinate or supplement action by the member states. Therefore, one could ask why this case would matter to the EU. Michael Ignatieff answers such a question by saying that the bill marks “the first time that a member of the European Union dared to legislate an attack on the academic freedom of a university”.[8] In addition, this attempt is seen as Orbán’s larger crackdown on nongovernmental organizations and freedom of expression.[9] Therefore, by attacking the academic freedom, Hungary is actually attacking the previously listed values of the EU.

What has the EU done so far?

The infamous bill was adopted on the 4th of April, and up to the 28th of April, in less than a month, the EU’s representatives and leaders have reacted swiftly:

It should be noted that the EU infringement proceeding is a lengthy and slow process. Article 258 of the TFEU allows the Commission to bring the matter to the Court of Justice of the EU, if the violating Member State fails to comply with the EU law, after receiving a Reasoned Opinion by the EU (which comes after a member state receives the previously mentioned LFN).[16] Interestingly, at the time this text was written, there were 2755 infringement cases, which illustrates how slow and complicated the process is.[17] Having in mind that CEU has until January of 2018 to comply with the new Law, the question remains how adequately will this proceeding address the issue. In addition, the only kind of sanction the Court can impose on Hungary is of a financial nature, by specifying the penalty payment (Article 280 TFEU). In other words, this procedure does not have power to impose meaningful consequences on Hungary. However, the EU has a more powerful tool for addressing such issues, which is discussed in the following.

When there is a clear risk of a serious breach by a Member State of the values referred to in Article 2 of the Lisbon Treaty, the EU has a possibility to invoke Article 7 of the same treaty, which allows the Union either to issue a warning or to suspend certain rights deriving from the application of the Treaties to the Member State in question, including the voting rights of the representative of the government of that Member State in the Council.[18] Interestingly, in 2015 ALDE called for the activation of Article 7 against Hungary over its handling of refugees. However, the EP rejected its proposal.[19]

Since Article 7 is seen as the last resort, the Commission has introduced in 2014 a framework which establishes an early warning tool “allowing the Commission to enter into a dialogue with the Member State concerned to prevent the escalation of systemic threats to the rule of law.”[20] In case the EU decides to address Hungary’s violations, it will need first to initiate this “pre-Article 7 procedure”, which will only further complicate and slow down the whole procedure of sanctioning its member states.

The EU has never before invoked Article 7. However, even without using it, the EU at least has the possibility of putting enough pressure on a Member State which is acting against the fundamental values. An example of such action is when the EU brought in “diplomatic sanctions” against Austria in 2000, just the day after the coalition was formed with the far-right party Freedom Party.[21]

Finally, the EPP is in the spotlight too, since Orbán’s party Fidesz is its member. The leader of the EPP, Manifred Weber, indicated that the EPP might put some pressure on Hungary: “Freedom of thinking, research and speech are essential for our European identity. EPP group will defend this at any cost.”[22] Later on he added that it is expected that Hungary complies with the Commission’s assessment, once it is done.[23] Interestingly, the EPP even warned that it might put Article 7 on the table, if the situation in Hungary continues.[24] The potential course of EPP’s action will be set at its leadership summit.[25]

The question remains whether the EU will simply continue to criticize such behaviour or whether it will finally stand up for its values, by imposing clear sanctions on one of its members. Previously, it was shown that the issue of CEU has alarmed the EU, and that the Commission has initiated an infringement proceeding, but based on the previous Hungarian “misbehaviours” and the EU’s soft reactions, one cannot be too optimistic with the future final result.

Potential turning point for the EU?

The latest events represent a test for the EU’s commitment to its values. This period could potentially be a turning point for the EU, which could define its future relation and stance towards the issues of democracy and rule law. The issue of CEU is taken as just one example which illustrates the latest authoritarian tendencies in Europe. If the EU stops short of addressing such issues, it could diminish the long-term importance of its values, for the sake of the short-term pragmatism. In addition, such inaction by the EU might send a signal to Serbia and other current and potential candidate countries, which are aspiring to join the EU, that the fundamental values are not on the EU’s agenda, which might consequentially hinder the process of reformation and instigate authoritarian tendencies in those countries.

Finally, the statement of President of Germany, Frank-Walter Steinmeier, remains so far the best reminder of what the EU ought to do in times when European values are endangered:

… if we want to be a lighthouse in the world for the rule of law and for human rights, then we cannot ignore, when these foundations are shaken in the midst of Europe. Europe, then, must not be silent, when civil society, even academia – as now at Central European University, Budapest – are deprived of the air to breathe.[26]

originally published by the European Policy Centre, a non-governmental, non-profit, independent think-tank, founded in 2011 by a group of professionals in the area of EU law, EU affairs, economics and public administration reform, with a shared vision of changing the policy making environment in Serbia for the better – by rendering it more evidence based, more open and inclusive and more substantially EU accession driven.

[16] Article 258, Treaty on the Functioning of the EU Internet: https://ec.europa.eu/home-affairs/sites/homeaffairs/files/news/docs/infringements/article_258.pdf, accessed: 28.04.2017.