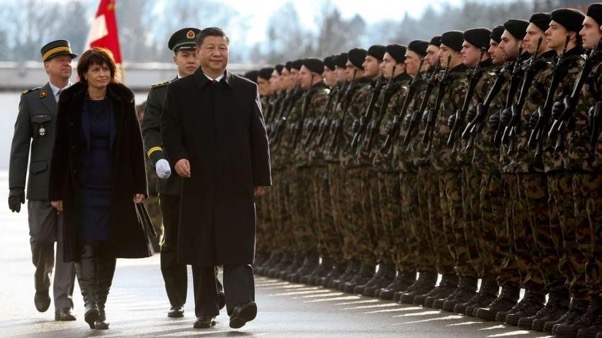 The 19th Communist Party Congress, which took place on 24th October 2017, highlighted the power and ambition of its leader, Xi Jinping, who has remained in power – at least – for another term. His ambitious vision for growth, national revitalization and a superpower country monopolizing the international arena, made the country “the world’s largest manufacturer and exporter” (World Bank, 2013, p.3). In particular, he declared that by 2049 China will become the new hegemonic power leading the world markets. It is true that the unstoppable rise of China is now present in a great number of states. This brings up the question: Is China (truly) capable of leading, in the next decades, the world to a new order? The aim of the article is to answer this controversial question by presenting two main elements. First, the achievements of the country so far, and secondly, the government’s obstacles that need to be overpassed.

From the creation to the emergence

The chinese empire was created by Qin Shihuang in the 3rd century BC, and the imperialist ideology was established under the Han dynasty. The 1st Opium war in 1839 was an important element in the history of China, as it caused economic and social problems. At that point, China engaged itself in a contest with Western states (United Kingdom, Germany, France, Portugal, Russia and Japan) which possessed technological and military innovation. Western empires were present in the country, controlled cities with ports for commercial exchange and imposed to China its boundaries in terms of territory (Sanjuan, 2015). The country met the modern era in the 20th century, after years of European imperial powers presence, and introduced the terms of nationality and nation. In 1912, the Republic of China was created with the aim to regain China’s territories and sovereignty and not to be dominated by any other country (Ibid).

In 1921, the Communist Party was created, and a few years later, from 1949 to 1978, Mao Zedong started dominating the political arena of China. That was a period that witnessed an extreme form of violence through revolts, the monopolization of peasantry and the industrial revolution. Mao remained in history as the creator of the republic. However, it was Deng Xiaoping, the successional leader, who expanded the horizons of China, introducing it to the international scene as an emerging power. In 2001, the country became a member of the World Trade Organization (WTO) aiming at trade negotiations under multilateral trade rules. As the International Monetary Fund stated: “China’s motivation for joining the WTO is rooted in the realization that it needs an external impetus to overcome domestic obstacles to further reforms and the protection of its trade interests if it is to sustain the rapid economic growth of the 1980s and 1990s”. In 2008, the country seized the opportunity to emerge as a promising superpower due to the global financial crisis that devastated Western countries’ economic systems.

During the 19th National Congress of the Communist party, Xi Jinping reaffirmed his status and figure among the most powerful leaders of the country, such as Deng Xiaoping and Mao Zedong (Liao, 2017). As proof to that, during the Congress he approved an amendment in order to implement the “Xi Jinping Thought on Socialism With Chinese Characteristics for a New Era” (Ibid). The leader’s dream is to make China the central global power through investments on infrastructure, modernization of cities, new trade policies and technological innovations, within the next 30 years (Ibid). At the same time, the number of Chinese investments abroad is currently growing and expanding.

However, domestic transformations may not be that easy to achieve within the desired time-frame. Major challenges in humanitarian, environmental, social and economical level may put barriers to the rise of the country as a major power. First, the policy of the United States under the Obama administration focused on the Asia-Pacific region, conquering a dominant position in the area, by building alliances and partnerships with states seeking a defense cooperation (Nathan, 2017). In other words, the US policy has been putting obstacles in China’s path. Secondly, even though China has been considered one of the world’s largest economies, that does not necessarily mean that the country is among the richest ones. According to the 2013 World Bank data on China’s Gross Domestic Product (GDP), “growth averaged 10 percent a year, and over 500 million people were lifted out of poverty” (The World Bank, 2013). In its research report of the same year, it concluded that China is highly likely to become the world’s first economy, if the country makes the following changes:

The large number of China’s population seems to be problematic for its economy. The country had two demographic transitions which increased its population dramatically; the first one took place between 1700 and 1850, and the second one between 1940 and 1980 (Sanjuan, 2015, p.28). According to World Population Review, China’s population is at 1.42 billion in 2018. Throughout the years, the government has implemented four campaigns to reduce the birth rate. The latest one was referred to as the “only child certificate”, given to parents and combined with numerous advantages, such as housing facilities. In 2009, the government enhanced the policy of two children (Ibid). By 2050, 1 in 4 Chinese will have retired, which puts the government under pressure in terms of social security provision and limited active human resources (Ibid, p. 29). On top of that, gender imbalance may lead to major domestic insecurity and frustration – 118 boys are born for every 100 girls (Reuters, 2015).

Intense economic competition in the world’s markets would not come without consequences for the environment. Increased consumption of natural resources has caused the extinction of agricultural land (Luo, Chen, et al. 2013). Due to industrial development, pollution has become one of the severest domestic problems which the government is struggling to deal with. Furthermore, the country’s increased consumption of energy is a consequence of its high demands on electricity power and transports. China’s dependence on energy may be interpreted as vulnerability and, thus, it must reinforce its alliances with the oil producing countries (Sanjuan, 2015, p.86).

Xi Jinping’s dream seems to be too ambitious. Despite China’s explosive economic growth, factors such as rapid urbanization, large population, over-exploitation of natural resources – which can lead to their extinction -, and pollution will be one of the major causes of health problems. Moreover, there are 28.2 million people who remain in extreme poverty and the government has to deal with it (Liu, 2010). Taking into account the country’s domestic and external challenges, it is unlikely for China to lead the world to a new unipolar era. Rather, it appears to be more probable that it will coexist in the international arena with other powerful states.

Andri Stravrou is the 2017-18 EST Ambassador to Belgium.