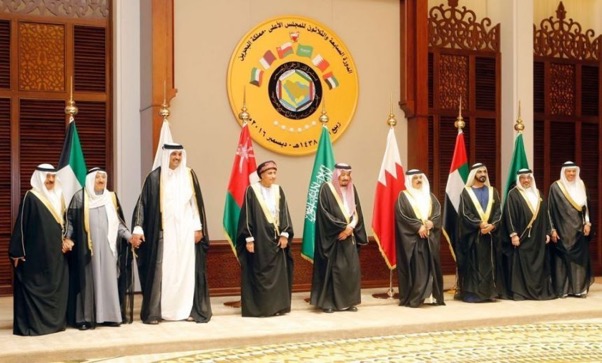 The diplomatic isolation of Qatar from several Arab countries since June 2017 can be considered as one of the biggest crises in the Gulf region in the last few years. So far, a great number of explanations has emerged without a potential solution in sight. This brings up the questions: What is behind the Qatar crisis and what are its implications for the European Union? The aim of the article is to first present a chronological background of the creation of the State of Qatar together with the facts of the crisis. Second, the actions of the EU and the general position of Member states are discussed.

From the creation of the State of Qatar to the crisis

The 20st century has been an historical period for Qatar as it declared its independence in 1971 after many years of occupation first by the Ottoman Empire and then by the United Kingdom. One year later, the new sovereign state formed its own Constitution that takes into account the global challenges in order to set the state’s policies, to distinguish the role of Islam and to further increase the Qatari autonomy (Ministry of Foreign Affairs of Qatar, 2017).

Given the common objectives and the political ties among six states of the Gulf region under a cooperative framework – namely, the United Arab Emirates, the Kingdom of Bahrain, the Kingdom of Saudi Arabia, the State of Kuwait, the Sultanate of Oman and the state of Qatar –  these countries founded the Gulf Cooperation Council (GCC) in 1981. As such, the GCC constituted an opportunity to strengthen their relations and to deepen their ties in various fields such as the economy, education, commerce, information, social and health affairs, legislative and administrative affairs (Cooperation Council for the Arab States of the Gulf, Secretariat General, 2017). All GCC members have established bilateral relations with the European Union since 1988 in the framework of a “Cooperation agreement” (European External Action Service, 2016). “The EU Delegation in Saudi Arabia is accredited to five GCC countries [i.e. Bahrain, Kuwait, Oman, Qatar and Saudi Arabia]. A second EU Delegation opened in Abu Dhabi in 2013 and covers the United Arab Emirates” (EEAS, 2016).

Since June 2017, four members of the GCC, Saudi Arabia, the United Arab Emirates (UAE), Bahrain as well as Egypt had severed ties with Qatar (Al Jazeera, 2017). Saudi Arabia, the UAE and Bahrain had given two weeks warning to Qataris diplomats to leave the country and severed land, sea and air ties.

According to Saudi statements, the reason behind the diplomatic crisis is “Qatar’s embrace of various terrorist and sectarian groups aimed at destabilizing the region, including the Muslim Brotherhood, al-Qaida, Islamic State and groups supported by Iran” (The Guardian, 2017). However, other information seems to indicate that Saudi Arabia had also been responsible for the financing of terrorists groups in Syria and Iraq (La Ligue des droits de l’Homme, 2015).

Many interpretations have emerged since June regarding the reasons behind the diplomatic isolation. First, Qatar has strengthened its bilateral relations with the Islamic Republic of Iran, ignoring the rivalry between Iran – Saudi Arabia. The bilateral relations between Iran and Qatar have a history of tensions; however, their economic and diplomatic relations have been tied especially after the isolation since both of them share ‘the world’s largest gas field’ (The New York Times, 2017). Turkey, the second nemesis of Saudi Arabia (Kingsley, 2017), has been promoting its relations with the Qatari state over the last years as well, sharing common interests in the field of their foreign policy.

Second, Al-Jazeera has been a news channel since 1996 in the Arab world, owned by the Qatari State. What is remarquable for this news channel, it is among the media that enjoy freedom in order to “report on controversial issues like no other channels in the Arab world” (Gulf News, 2011). As a result, a number of states have banned the presence of journalists such as in Libya, as the government accused them of supporting the revolutionaries (Le Monde diplomatique, 2011). However, Al Jazeera has been showing a variety of topics that might be taboo for some states and promoted different opinions on controversial issues. For example, during the Arab spring in 2011, Saudi Arabia “saw the uprisings as a threat” and Qatar at the time, “has doggedly and generously backed the re-emergent Muslim Brotherhood in every ensuing contest,  from Libya and Tunisia to Egypt and Syria” (The Economist, 2014).

The demands of Saudi Arabia

Saudi Arabia as the so-called leader of the Gulf region, published a list of 13 demands in order to put an end to Qatar’s isolation (Al Jazeera, 2017). These demands include:

Many demands have been interpreted as insulting from Qatar and its sovereignty, such as shutting down news channels and align its political and economical policies with the  guidelines given by Saudi Arabia. One may say that the GCC countries seek greater cooperation with Qatar working under the same principles. However, many demands prove that some states in the Arab world lead to the Qatar’s subordination instead of “seeking policy coordination on the basis of sovereign equality and mutual respect” (Falk, 2018).

The EU and the crisis

Since 1998, the EU has established bilateral relations with the Member States of GCC under the umbrella of a Cooperation Agreement (EEAS, 2016). To maintain their diplomatic relations, both sides are having “annual joint councils/ministerial meetings” and high-level discussion on five main sectors: “energy, transport, research and innovation, and the economy” (EEAS, 2016). During the current Gulf crisis, the EU plays the role of a mediator. As the High Representative Federica Mogherini stated: “the European Union has the firm intention to keep strong relationships and ties with all the Gulf countries and we hope that they will manage to restore good working relations among them” (EEAS, 2017).

It seems that the EU does not intend to play an intervening role in the Gulf crisis, which is why it does not make frequent references to it. That a solution should be reached through the dialogue and mutual respect of GCC countries is the opinion of a great number of Member States. For instance the UK’s Foreign Minister, Johnson Boris has declared that dialogue, negotiation and Kuwaiti mediation could resolve the dispute (Al jazeera, 2017). To better understand the Member States’ position, it is important to consider the oil factor. Oil and petroleum are major players in the shaping of foreign policy and bring economic growth to a country. The Gulf region possesses the biggest oil reserves worldwide so that any conflict in that area is highly likely to increase the price of oil or worse, to cause an energy crisis. An example is the oil crisis of 1973, where five countries, including Iran, Iraq, Kuwait, Saudi Arabia and Venezuela, founders of the Organization of the Petroleum Exporting Countries (OPEC), decided to apply an oil embargo to the U.S and resulted in the immediate increase of oil price (The Balance, 2017). In 2017, OPEC published an annual statistical bulletin with the list of states with the largest oil reserves: Venezuela (24,8 %), Saudi Arabia (21,9%), Iran (12,9%), Iraq (12,2%), Kuwait (8,3%), United Arab Emirates (8,0%), Libya (4,0%), Nigeria (3,1%), Qatar (2,1%).

To conclude, given that Saudi Arabia possesses the largest oil reserves in the region, Member States often seem to close their eyes regarding some actions on the part of the Saudis. For precisely this reason,  a great number of states will never accept accusations made in the European Council summits against Saudi Arabia. It seems that the EU does not intend to be more actively involved in such sensitive issue as it would be a risk for its relation with Saudi Arabia.

Andri Stavrou is the 2017-18 EST Ambassador to Belgium.