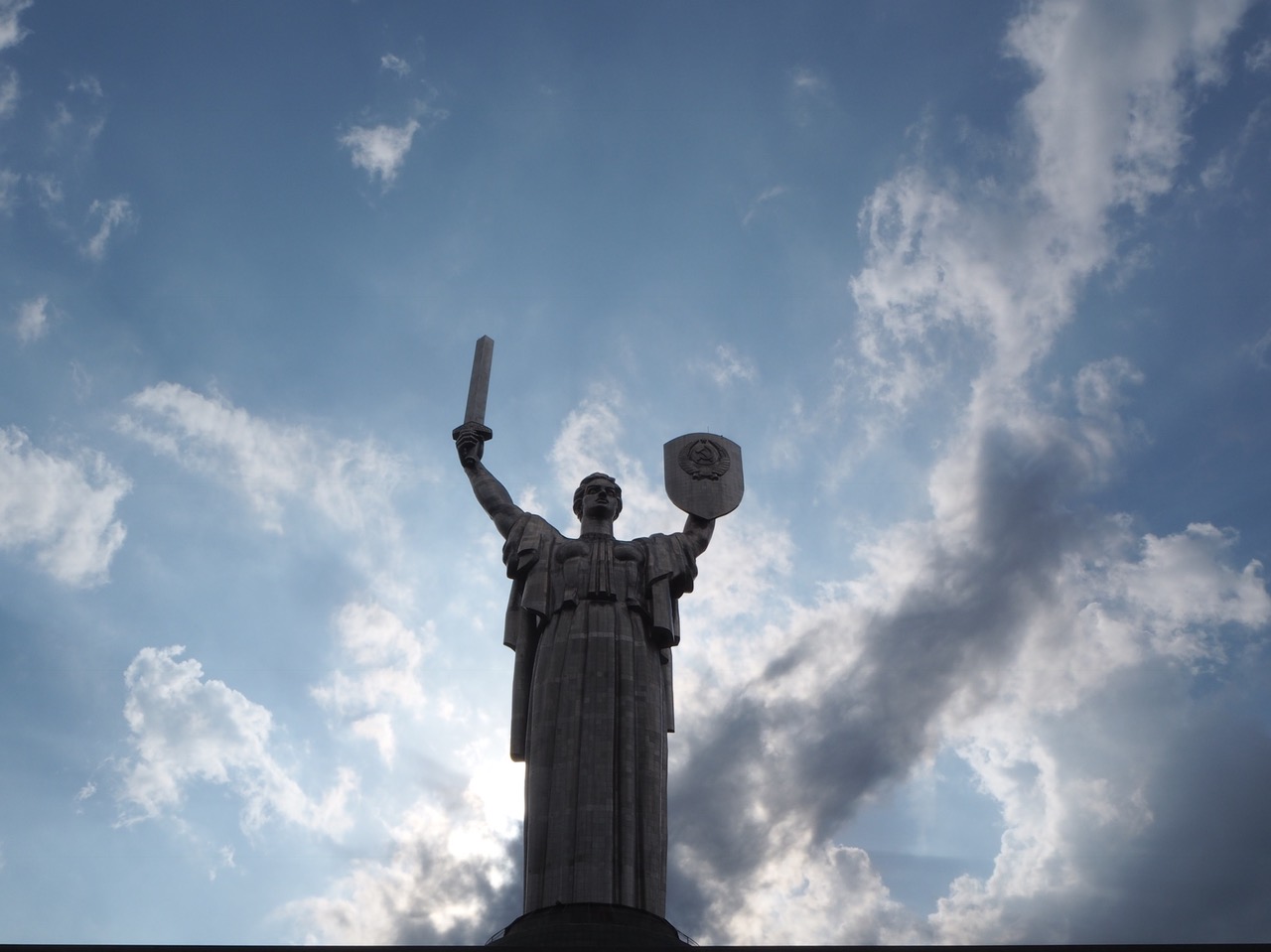 Two events mark a critical juncture in the transatlantic post-Cold War security environment. First, Russia’s annexation of Crimea and destabilization of eastern Ukraine in 2014 brought power politics back to the European continent. Second, Trump’s ascension to the American Presidency in 2016 cast unprecedented doubt upon America’s security commitment to Europe. Europe now finds itself between two revisionist actors: Putin and Trump, both wishing to redefine their nation’s place and role in the world. How the EU responds to its changing security environment is one of the most immediate strategic challenges it faces.

European security integration, taking steps towards a “European Army” or other combined Euro-military command structure, has been a historically constrained pillar of the EU. Little consensus has emerged on the matter as many member states harbour concerns for their sovereignty, considering it a core national duty amid reluctance to trust their neighbors for security (Cirlig, 2015; O’Donnel, 2013). Under America’s security blanket throughout the 20th century, the EU and its member states have had little incentive to bolster their own defense and security cooperation. Foreign policy initiatives were enacted largely through American backing or consent.

Following the fall of the Soviet Union, and in the absence of a common Cold War threat, US and European strategic objectives began to diverge, no longer relying on one another to defend security interests (Kupchan, 2008; Mearsheimer, 1990; Walt, 1997). Although NATO expanded eastward alongside the EU, the transatlantic community lowered its defenses not only militarily as European budgets declined and the US led NATO out of area, but in constraining the imagination for what was possible. While there was widespread consensus across the Atlantic that the US and Europe had moved beyond power politics, from Russia’s perspective, the eastward march would not be seen as benign (Mearsheimer, 2001; Kissinger, 2014; Mearsheimer, 2014; Walt, 2014).

During Putin’s address at the 2007 Munich Security Conference, he derided NATO’s expansion as a “seriously inflammatory factor,” rhetorically asking, “who is NATO enlarging against?” (Putin, 2007). During Ukraine’s EU Association Agreement negations Sergei Glazyev, an advisor to Putin, said Russia could “no longer guarantee Ukraine’s status as a state and could possibly intervene if pro-Russian regions of the country appealed directly to Moscow” (Walker, 2013).  As forewarned, Russia intervened, snapping back against the West and its model that had been “aggressively forced onto the entire world” (Putin, 2013).

On March 1st, 2014, Putin asked for authorization to use force beyond Russia’s borders, which the upper house of the Russian parliament unanimously approved the same day — after unmarked soldiers were already on Ukrainian soil. Only later were these “little green men” admitted by Putin to be Russian. On March 16th, the internationally condemned referendum brought Crimea under Russian control. Justifying the annexation to the Duma and the watching world, Putin stated “[the West], lied to us time after time…That’s what happened with NATO’s eastward expansion…We have to decide if we are prepared to stand firm in protecting our national interests or if we are forever going to be giving in… If you compress the spring, it will snap back hard” (Putin, 2014).

Putin was asserting a sphere of influence through what has come to be known as hybrid warfare: a mix of conventional and irregular military tactics which exploit economic, political, and social divisions to sow division and allow Russia to assert itself in its neighborhood. While the EU had been engaging with countries in its eastern neighborhood as independent partners, leading to with win-win outcomes, Russia was engaging in geopolitics in a zero sum world. Simply put, the two sides had been speaking different languages. The capture of Crimea without resorting to overt or conventional military force and later destabilization of eastern Ukraine ensured that Russia would be understood. “Nobody listened to us,” Putin would later say. “Listen now.” Hybrid tactics brought secondary concerns that Russia would create pretexts for conventional military action elsewhere, like the Baltics, to protect Russian minority populations. The common Russian threat had thus returned to the Atlantic community, realigning interests and policies, after decades of post-Cold War drift.

In the early hours of November 9th, 2016, the Russian parliament cheered. Putting “America first,” President Trump’s victory signaled an end to the American Century, undercutting the foundation of the Atlantic alliance, and the start of better relations towards Russia. The celebration was premature.

In rhetoric, Trump has brought significant uncertainty regarding US commitment to European security, From calling NATO “obsolete” only months later to say it is “no longer obsolete,” to failing to mention Article 5 during his speech at NATO headquarters in Brussels in May 2017, questionable ties to Kremlin associates, continuous praise of Putin, and floundering on implementing additional Russian sanctions. In substance, status quo dictates Washington’s foreign policy towards Europe and Russia. The US is toughening its deterrent stance towards Russia, increasing funding for the NATO-based European Reassurance Initiative (ERI) begun by the Obama administration, providing Ukraine weaponry in its fight against Russian backed militias and expelling Russian diplomats in response to other malign activities.

While US withdrawal from multilateral deals like the Paris Climate Accord and the Iran Nuclear Deal (JCPOA) has caused substantial friction between Europe and the US, transatlantic history shows that  disputes developing into conflicts does not mean the end of partnership (Ikenberry, 2008). In fact, crisis and conflict between the Atlantic partners is one of the relationship’s hallmarks; Trump belongs to a long line of US Presidents taking unilateral action, much to Europe’s chagrin.

Despite US security policy continuity towards Europe and Russia, leaders in Brussels and other European capitals have called upon member states to come together and to continue taking unprecedented steps in providing for Europe’s security. The call “to take our [European] fate into our own hands” and “improve our capacity to act autonomously, whenever and wherever necessary” was put forth by EU High Representative Mogherini and echoed by German Chancellor Merkel and French President Macron (Birnbaum, 2017).

The EU’s reaction can be understood through a realist balance-of-threat lens. Power matters, but perceptions on how states will use their power plays a crucial role in state decision-making processes (Walt 1985). Any doubts about an alliance members genuine commitment to provide security will cause members to reevaluate their position. Even though the US’ relationship towards Europe and Russia may not have substantively changed policy-wise under Trump, it did so in perception, levels of trust and confidence precisely because of the President’s rhetoric that questioned the value of America’s European allies. Amongst EU populations polled, the median drop in confidence in the “president to do the right thing regarding world affairs” is down 79%. In fact, in many EU member states there is greater confidence in Putin than Trump (Wike et al. 2017). Under uncertain circumstances, weaker states may fear they are not important in the eyes of the more powerful ally and fear being abandoned in the face of aggression.

This scarcity of security between Trump and Putin presents the EU with a critical juncture. At critical junctures, political leaders’ responses may either be enabled, with the range of policy options greatly expanded and their potential consequences more impactful and far-reaching, or constrained, with political obstacles to exercise or expand power remaining. (Cappoccia & Klemen, 2007 p.343; Cross & Karolewski, 2017). Trump’s uncertain rhetoric around the Transatlantic relationship’s future in the face of a resurgent Russia has created a political climate that has enabled Brussels to pursue long sought, but politically constrained, security integration policies.

The Treaty of Lisbon offers a number of mechanisms to deepen military cooperation, including Article 44 TEU, which allows countries to opt-in to engaging in joint security projects without unanimity. Additional mechanisms include, EU Battle Groups (fully operational but never used), the permanent structured cooperation mechanism (PESCO) as outlined by Article 42(6), and Article 222’s TFEU mutual assistance clause. None of these mechanisms were used until 2017 when the European Defense Fund and PESCO, both portions of the Commission’s 2016 Defense Action Plan, were adopted, activating Article 42(6).

The Defense Action Plan makes clear that it does not create an European Army or replace/duplicate military and command structures that are currently in place at national and NATO levels. Rather, it aims to facilitate the effective use of defense spending and create the conditions for greater cooperation. Nonetheless, this plan marks the beginning of  significant change in EU defense posture as, up until its adoption, member states had only cooperated militarily on a bilateral or regional basis.

Designed to “reinforce the EU’s strategic autonomy to act alone when necessary and with partners whenever possible,” PESCO’s mission statement gets at the heart of the EU’s strategy on the Trump-Putin axis: hardening against Russia through security integration and preparing to act without the backing of the US, while “relentlessly pursu[ing] a positive agenda” (Commission, 2017). The EU is effectively playing a double game by bandwagoning and balancing American power through one line of strategy.

Bandwagoning occurs when a weaker state allies with a stronger state to maintain independence in the face of a potential threat. In the realm of transatlantic relations, bandwagoning occurred once it became clear that Russia had sent so-called “little green men” into Crimea in late February 2014. Both the US and EU implemented coordinated sanctions, ramping up military presence on the continent, bandwagoning one another’s economic and military strengths, and leveraging EU, NATO, and American power against Russia.

Balancing proposes that a weak state will enter an alliance with other weak states (in this case EU Member States), or strengthen its own capabilities in reaction to those perceived as a threat. Through the European Defense Action Plan, Defense Fund and PESCO, the EU has taken steps to balance unpredictable American power in the Trump era, allowing for greater strategic autonomy to act when European and American interests do not align.

While alliances are prone to erosion if members acquire additional means to protect their interests, even if perceptions of the original threat do not change (Putin’s Russia post-2014), the EU has continued to bandwagon US power. It has explicitly expressed that its own security integration does not come at the expense of, but rather contributes to, NATO’s collective security.

The durability of the transatlantic alliance has long been debated through many rifts and crises. While championing itself as a“global force for good” throughout the 20th century, the US has “always been ambivalent” towards a rules-based international order, resisting international agreements and acting unilaterally in nearly all historical eras (Ikenberry, 2008). On European security cooperation, it has ranged from supportive to disparaging, trying to strike a balance between encouraging the EU to become more self-reliant while not wanting it to challenge US global leadership (Cross, 2013). Yet, the alliance has endured. Viewing Trump’s election and ensuing crisis in the broader context of the alliance’s long history of critical junctures, while beyond the scope of this article, provides some optimism for the future. It would seem Trump is just another crisis that will require adaptation but ultimately be overcome.

Nonetheless, Trump’s presidency may have permanently changed the alliance. If successful in achieving President Juncker’s stated goal of creating “a fully-fledged Defence Union by 2025,” by no means a guarantee, the EU would wield the credible hard-power backing needed to magnify the soft-power capabilities largely independent of US policy preference. Indeed, the recent and unprecedented steps in security integration have laid the groundwork for the EU to become the global and transformative power so many in Brussels have long hoped for.