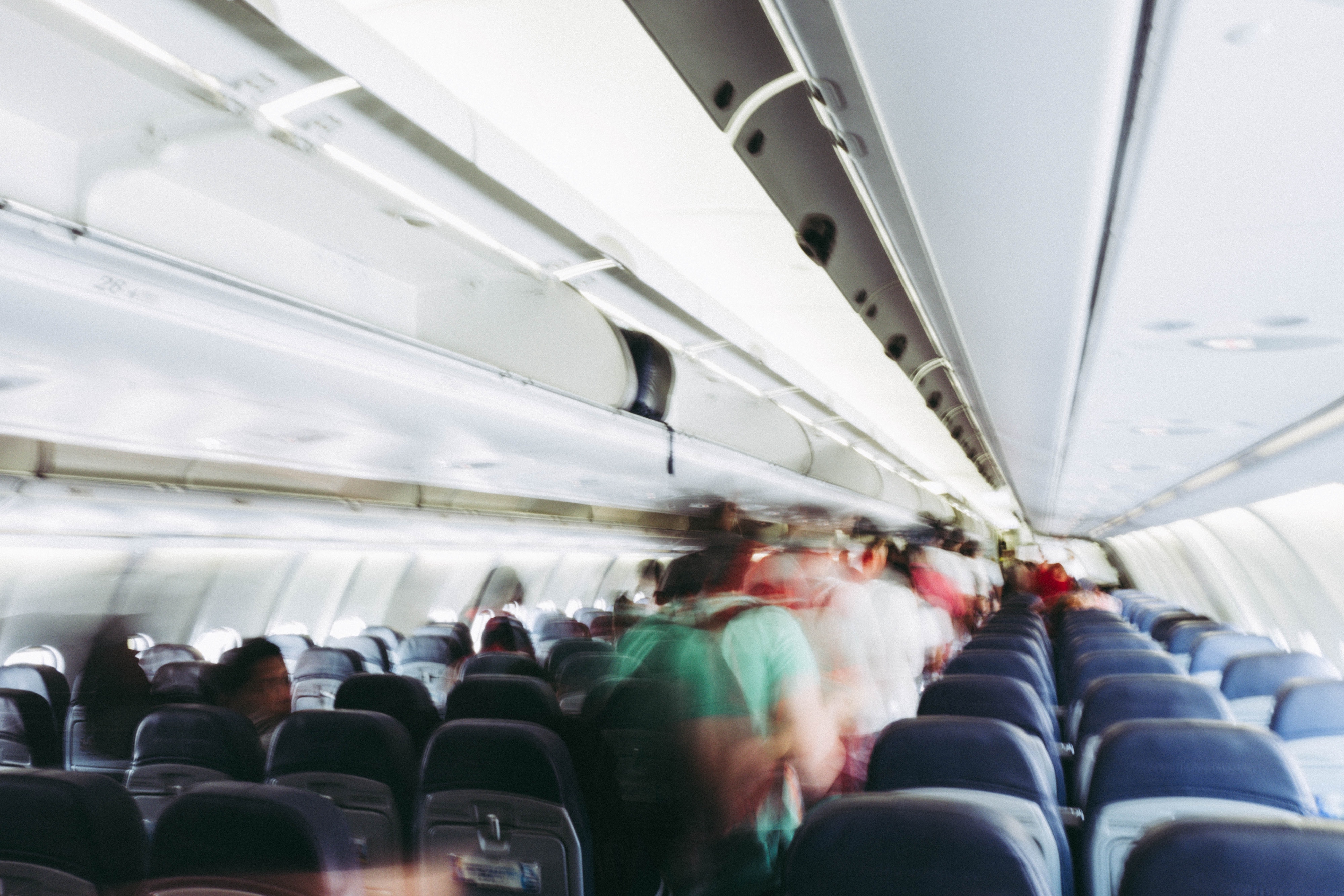 No matter the newspaper one is reading, no matter the news broadcast one might be watching on TV, the topic of immigration is likely to be found. At first glance, immigration may be deemed a relatively recent topic that has gained increasing relevance since the aftermath of the 2008 financial crisis. Reality, however, tells us that such a maniacal coverage actually dates back to the very advent of technology and the media. In psychology, this is called conditioning: the idea that a given stimulus, if reiterated, can end up influencing a person’s behaviour, virtually ultimately shaping his or her reactions and thoughts (Psychologist World, 2015).

Conditioning is a fundamental part of the migration equation, representing the main tool at the media’s disposal allowing it to directly frame the debate and indirectly affect people’s perceptions of migration. Acknowledging the existence and power of this concept is important insofar as it allows us to take a critical stand without just passively absorbing whatever we are bombarded with. In the case of migration, indeed, the commonly shared view holds that what the world in general and the European Union, in particular, are currently witnessing is an extraordinary, unprecedented migration crisis. Labeled as “existential” (Samuel, 2018) and a sudden, unforeseen shock wave shaking the European Union to its foundations, the phenomenon is so perturbing it has brought various experts to question whether the European Union as a whole will be able to survive it (Katya, 2018).

The rationale behind this brief article stems from one main consideration: that the topic of migration has to be initially analysed through the lenses of international relations (IR) if one wants to truly understand the actual nature of this phenomenon. My contention, indeed, is that it is only by employing the IR lenses that one can isolate the concept from the noise of the framework which surrounds it and uncover an evident historical pattern: migration has always existed.

If taken from a rather literal standpoint, international relations refers to the way in which relations among states vary across apparently distinct (but in reality closely interrelated) fields such as economics, politics and law. This is a simplified definition that proves essential to stressing a key point: international relations and migration ought to be perceived as two sides of the same coin. Whenever a person moves from one country to another, indeed, he or she concretely puts (albeit indirectly and perhaps involuntarily) two or more countries into contact. International migration should be therefore considered as a unique phenomenon in that it “brings the outside in […] and involves sending a piece of one’s nation into another society (Weiner, 1985).”

To put it otherwise, there would be no IR without the ongoing, everlasting international exchange of goods, services and people. However, migration has dramatically evolved as a result of globalisation and trade, which have contributed to drawing destination countries closer to countries of origin, making the migratory phenomenon significantly easier but extremely asymmetrical (Czaika, 2015, pp. 283–323). James Hollifield goes as far as defining migration as “the quintessential feature of IR,” highlighting how “international migrants are becoming important political actors influencing both the political process of the country in which they reside and the relationship between their country of residence and origin (Hollifield, 1992, pp. 568-595).”

History reminds us that when human mobility was combined with the willingness to interact, share thoughts and experiences of other communities evolution and human progress came about. People have always moved and will continue to do so, just like states have continuously interacted with one another since their creation, be it in positive or negative terms.

As reported by the International Federation of Red Cross and Red Crescent societies, the birth and spread of the three religions of Christianity, Islam and Judaism were only made possible by mass inter- and intra-state migratory movements (IFRC). Leaving the debate on the exact birthplace of humanity aside, the human race itself originated in the same place, only subsequently spreading across the whole globe as a result of mass movements (Knapton, 2017). These are but two examples pointing at the same trend: migration has always been a natural phenomenon, be it a mere byproduct of conflicts or due to other factors, but has never been deemed the out of the ordinary issue that is constantly discussed in newspapers and news broadcasts nowadays.

If migration has always existed and is to be considered a natural, almost ordinary phenomenon, the next fundamental issue to be addressed is related to why there is so much debate and uncertainty about it. This makes it one of the most relevant -and contested- issues in modern times. If IR and migration prove paramount in stressing the case for a theoretical, primordial equality between the movement of goods, services and people, facts reveal otherwise. The more the world has become interconnected and “flat”- to use Thomas L. Friedman’s famous expression- the more an inherent contradiction has become blatant, hardly hidden by the international community at large. No global regime has yet developed rules for regulating and liberalizing immigration and the movement of people in a way even minimally comparable to what has happened for trade, money and finance (Hollifield, 1992, pp. 568–595), and the reasons for this crucial difference ought to be found in the states’ reluctance to give up on their long-yearned for and hardly earned sovereignty, which will be discussed next. The silence and normative void surrounding this issue is deafening as opposed to the normative abundance and attention devoted to the other fields, so much that we often forget how interrelated they originally were, like siblings separated at birth.

In the realm of international relations, the main explanation for the paradox which was just mentioned lies in the concept of sovereignty, essential to understanding not only why the “sister” (that is, the free movement of people) has been lagging behind her siblings represented by the free movement of goods and services, but also why migration is such a sensitive topic in today’s world. Notwithstanding the presence of different accounts as to the exact origins of the notion of sovereignty, the most convincing explanation sees the seeds of the concept planted after the Thirty Years War as a result of the Treaty of Westphalia. This treaty is the source of the very idea of the modern state that follows the principle of “cuius regio eius religio.”

Despite long predating the concept of sovereignty, therefore, migration has been consistently forced to adapt itself so as to comply with the increasingly restrictive requests of the nation states that emerged since the 17th and 18th centuries. If the regulation of the migratory phenomenon was necessary, unregulated migration would be not only useless but extremely dangerous for both countries of residence and origin. It would soon unveil what can be referred to as a cyclical pattern: migration is neglected and tolerated whenever times are favorable and a given country’s economy is in good shape, whereas it ends up being criticized and scapegoated every time a country enters a period of economic uncertainty. This is because in times of hardship national sovereignty becomes the appealing lifeline to hold on to, inevitably to the detriment of foreigners, perceived as a group alien to the “core” of the country, which starts being moved by anti-immigration, self-preservation instincts.

Conclusion: the importance of a hydra-headed approach

Employing an IR perspective to discuss migration is far from being the sole way of analysing such a complex and multifaceted phenomenon. On the contrary, this article was ideally conceived as a partial account of the existing difficulties in fostering the free movement of people as opposed to the increasing liberalisation recently experienced in the realms of commodities and services, something which has been consistently downplayed in policy debates. To be fully understood immigration should never be considered as a single, stand-alone topic, but needs to be constantly put into contact with other related fields. Of all those fields, international relations ought to be considered a fundamental starting point in that it unveils, as previously highlighted, both the original nature of immigration and the reasons why it has been at the center of recent waves of criticisms both in and outside of the European Union.

The Lack of Gender Diversity in STEM

Written by Princess Mukuka Topics surrounding issues of the equality...