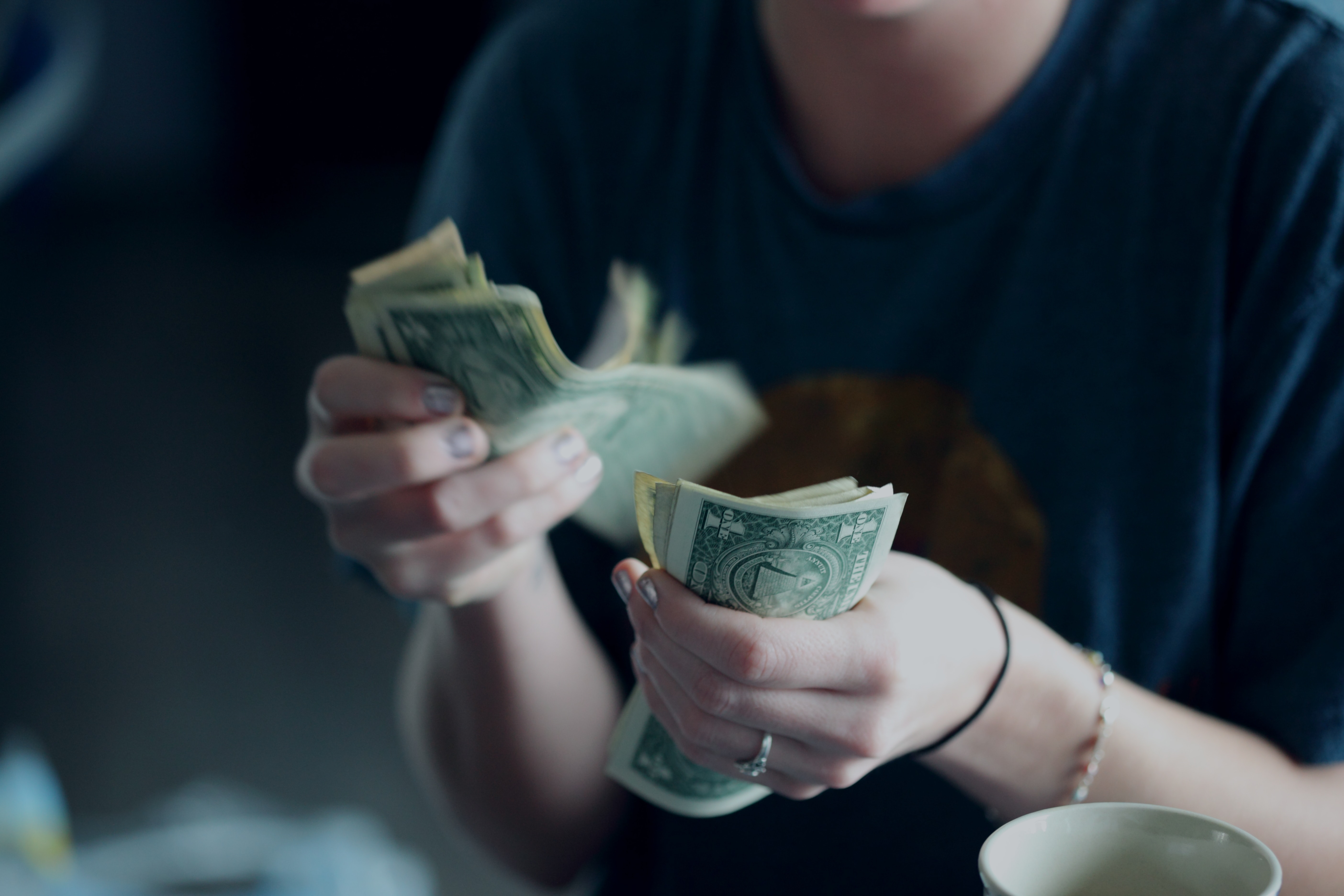 The UK Bribery Act 2010 (UKBA) signifies the utmost fundamental amendment to anti-corruption legislation within the United Kingdom (UK) in over one hundred years. Perhaps it can justly be said that it is one of the most strict anti-bribery statutes in the world. Nevertheless, its practical implications were noticeable in few cases only. Notwithstanding direction from the Ministry of Justice (MoJ) and Serious Fraud Office (SFO) executive boards, there is still important doubt between companies, concerning clarification on various terms and phrases used in the Act. Some of these are “foreign public officials”, “hospitality and facilitation payments”, “self-reporting”, “sentencing and fines”, “adequate procedures”, together with the concept of “associated person”, and the “relevant commercial organization”. Apparently, the practical effects of this Act will get even in what way the SFO aims to enforce its implementation authority (Sohlberg, 2011). In acknowledging these emphasized doubts, it will be declared that businesses have no choice, but to enforce severe anti-corruption rules in sequence to the minimization of their risk for the examination of criminal liability on behalf of corrupt behaviours, according to the Act.

The need for a Review or for a Clearer Guidance?

It has scarcely been a long time since the Act was enforced, though the present UK Government indicated a likely extension with regards to the questionable section 7 offence to contain “a failure to prevent fraud made by the employees”(Wright, 2016). This includes the principle of reducing the “controlling mind test” (when the executives of a company know that the company’s employees are perpetrating a bribe) that can be a beneficial clarification towards the SFO to heal their “damaged name” following the failure of various cases.

Hence, one can assume that the SFO are thus far endeavoring an extent of reviewing the Act. Several commercial crime advisers took a significant position without any signs of enthusiasm into a review of the Act (Grimes, 2013). As corporate conventions do not exist up to this point, it seems fair to examine a review of it, as discussed by Barry Vitou (Solicitors Journal, 2016). He stressed that certain consultants have been involved in “scaremongering” of creating work and have therefore overstated the matter (Croft and Binham, 2012). Besides, he notes that there is a confusion regarding corporate hospitality. He clarifies that UK corporations that complain that customers might not be taken out for lunch are “plain silly” (Taddia, 2014). His perspective is reasonable, however, he is seen to neglect deliberation of further complex matters encompassing proportionate and illegitimate hospitality. These include the distinction between “proportionate and illegitimate hospitality”. No impression exists regarding the reviewing of the legislation, as Roger Best stated (2017). He suggested that it is strange for the Government to state that it will maximize its standards and establish them in international cases. As just two years after the fact, the Government started to reconsider them prior to obtaining a conviction. The current embarrassment encompassing the fall of the £40m bribery trial in opposition to Victor Dahdaleh was seriously critiqued throughout the media. It might be contended that the purpose for David Green’s proposed expansion of the commercial offence lies on the grounds that both he and the Government know about the state of difficulty of evidencing criminal corporate liability by means of the “controlling mind test”. With the present government and SFO working in an austerity background, there is an increase in the pressure for the safeguarding of a first corporate conviction regarding the Act. Therefore, changes to carry effective fraud prosecutions are more probable to be deliberated. Green lines that the practically identical US law, the Foreign Corrupt Practices Act (FCPA) 1977, was also moderate in picking up have impact; prosecutions in light of it did not strike their step up to this century. Nevertheless, the UK public will eventually be displeased with the Act on the off chance that it proceeds thirty years before accomplishing a corporate conviction. It is presented that a likely expansion of the corporate offence will derive as an alleviation of the overstrained judicial system as well as with regards to the resourced SFO, where a measure like this can possibly bring more successful corporate prosecutions. It is additionally presented that a necessity exists amongst the British business campaign for clarity of UKBA guidance.

The need for a Clearer Guidance?

Numerous important doubts remain in the corporate sector as to the features of the Bribery Act. These doubts are of noteworthy concern to businesses and investors alike. Thus, a review on this Act will be a good point to start. The government has set certain consideration towards small and medium-sized enterprise (SMEs)(BIS/ Department for Business Innovation & Skills, 2017) on simplifying the compliance burden. As debated by Roger Best, for the SMEs, compliance will not be excessively difficult, as there are sufficient sources of free circulation guidance (Emerson, 2017). At the same time as coming to an agreement in relation to his statement is likely, it is proposed that such guidance remains far from being sufficient as it is not specified the particular legal matters pointed out earlier. At the time the UK Bribery Act was drafted there were no signs from Government officials with regards to the probability of reexamining the present anti-bribery guidance. Therefore, the judges disambiguate the residual doubts.

It is proved that the far-reaching overhaul of the legislation of the Act undeniably signifies the effect of hard international criticism. It was furthermore too harsh for the British Government with regards to the BAE scandal. Despite the implementation of the law, and even after the question of the Government, regarding different approaches of guidance, major concerns remain in the corporate field about the absence of legal certainty around the interpretation of the Act towards “corporate hospitality, facilitation payments, the adequate procedures defense”, along with the description of the phrases “associated person” and “relevant commercial organization”. It is arguably the fact that, regarding the implementation of the new Act the British courts have a “zero-tolerance attitude”, that results in all criminal prosecutions up to this time facing custodial sentences. As the new DPA’s are being observed, it is assumed that this will raise a number of cases that SFO investigates. Also, it will offer an efficient use of resources and  prosecution tools compared to referring a case to trial. At latter, possible law reforms or reviews in respect of the Act have been briefly reviewed respecting to the idea that extending section 7 may raise a number of corporate prosecutions and the SFO damaged status will be repaired. Otherwise, commentators like Vitou and Best see the UKBA’s review as premature (Wenhao, 2011). The reduction of the financial surcharge and the growth of the allowable positive assurance with regards to the compliance of the SMEs are the main factors that must introduce more attention and more focus in advance to develop and demonstrate the guidance. Although the Act has tremendous possibilities, its practical effects are still not clarified. In respect to white-collar crime, the UK is taking anti-corruption measures with an implementation of “zero-tolerance”, but the ambition of the Parliament for the termination of bribery within the British soil is not yet to come (Kemna, 2015). As “one man’s bribe is another man’s gift” uncertainties will remain to exist with the absence of the wider worldwide spread of harmonization with regards to anti-bribery legislation. In return to the doubts which have been stated in this essay, business does not have an absolute choice but imposing a strict regime vis-à-vis to the corruption for the minimization of their risk of conviction.

Although China has strict laws, the judiciary is not independent and the laws remain weak (Lockett, 2016). Also, in other leading economies, laws were interpreted however, the enforcement was weak, such as in the US, Australia and Germany and the “legal chaos” in Bribery legislation still exist. As a result, in order to combat the legal chaos under bribery the UK brought into force the UK Bribery Act 2010. Consequently undeniably can be said that the UK Bribery Act 2010 is one of the most comprehensive anti-bribery statutes in the world.

Maria Athanasiou is a qualified lawyer and holds a bachelor of Laws and a Master of Laws in international Commercial law from Cardiff University. She is particularly interested in the banking and maritime fields in an international perspective. From 2015 until 2018, she was the secretary of Young European Movement UK in Wales, where she organised and prepared meetings with Mr. David Melding, and Mr. Derek Vaughan. Maria is currently working in the litigation department of a Cyprus-based law firm.