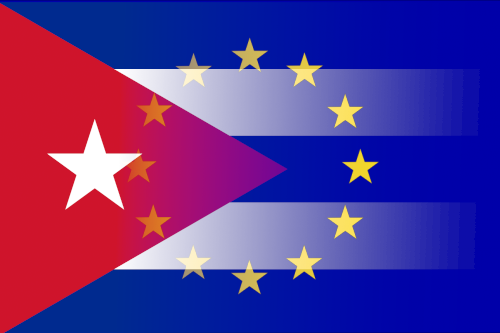 Classed by political scholars as an emerging superpower, the European Union (EU) has developed into the largest trade block worldwide and second-largest economy after the United States at 16 trillion USD (GDP nominal) [1]. However, the EU has committed itself not only to sustainable economic development on a European level, but also to promote its founding principles and values beyond its borders, namely financial growth, social progress and inclusive democracy [2]. The union’s thriving political and economic leverage has facilitated its pledge to liberalise world trade while ensuring the provision of overseas aid. Cuba is a prominent, recent example of the EU’s strategic prospects, being the latest and last Latin American country to formalise a Political Dialogue and Cooperation Agreement (PDCA) with the EU in 2017 [3].

Cooperation between Cuba and the EU began over three decades ago. The Caribbean island has been receiving humanitarian and development aid, either from or subsidised by the EU, since 1984, while the two territories forged diplomatic ties four years later [4]. Since the 1980s, the EU has invested over 300 million EUR in more than 200 projects on the island, in areas such as transport, energy and telecommunications [5]. Despite this, emergency missions dominated the first two decades of bilateral relations, including responses to natural disasters, which were managed by the Directorate-General for European Civil Protection and Humanitarian Aid Operations (DG ECHO). Since the early 1990s and the collapse of the Socialist Bloc, which caused an economic downturn in Cuba due to considerable losses of subsidies and trade links, the ECHO has directly provided around 100 million EUR worth of funding for overseas aid to Cuba [6]. In this sense, EU agencies were able to meet the material needs of both the Cuban state and the electorate.

Between 2007 and 2013, EU-Cuban cooperation focused on sustainable agriculture and food security, renewable energy sources and climate change, and economic modernisation [5]. The emphasis on these strategies has continued from 2014 onwards. Besides this, the EU has also devoted its presence in Cuba to encouraging societal transformation in several domains, from gender rights and equality to increased political participation of civil society. [7] In this sense, the prospect for the Cuban state evolving in line with current international standards prevails, regardless of the ongoing United States embargo against the island. Despite also representing a Western power, Cuba has embraced diplomatic and commercial ties with the EU due to its use of soft power through trade policies, which differs from the more coercive stance adopted by the US government against the island.

In December 2016, the EU and Cuba signed the PDCA, which entered its implementation phase the following year, after the European Parliament ratified the outlined propositions. The EU-Cuban PDCA committee also engages in the United Nations 2030 Agenda for Sustainable Development (UNSDG), seeking to address 17 UNSDG goals and 169 targets in Cuba [8][9]. The committee is responsible for guiding the bilateral strategy and maintaining tight collaboration between the two partner entities. With this in mind, the EU-Cuban partnership reflects an evident upward trend toward greater economic cooperation. Recent figures regarding PDCA activity reveal that 48 projects estimated at 83 million EUR are in progress to date, while 23 projects worth approximately 56 million EUR are at the negotiation stage [5]. The current value of the projects is estimated at 139 million EUR [5], which implies a four-fold increase over the past decade, demonstrating an extraordinary surge in collaboration. The majority of the projects comprises initiatives on sustainable food security programmes, renewable energy expansion, and the establishment of regional funds directed at environmental and cultural issues [9].

Thanks to its growing proximity to the EU, Cuba has additionally become an active participant in many transnational schemes, primarily administered by the union [10]. These include Eurosocial, a programme advocating for public policy reform in Latin America, Erasmus+, aimed at stimulating student mobility between the two partners, and Horizon2020, a framework integrating research and scholars.

The Cuban context not only exemplifies the EU’s global socio-political and economic prospects but most importantly displays its prominence in both regional and international affairs across numerous domains. Its promising investment opportunities and impartial humanitarianism present the union as an appealing trading partner and diplomatic ally, on top of potentially favourable relations with individual member-states. Furthermore, the recent increase in PDCAs and equivalent negotiations worldwide, ambitions to expand the union eastwards, as well as a surge in EU acclaim in neighbouring countries, such as Georgia and Ukraine, signifies both a developing sphere of influence and a growing union. It is undeniable, therefore, that the EU has made its mark as the global leader in development for decades to come.

[3] EU (2016), ‘Political Dialogue and Cooperation Agreement between the European Union and its Member States, of the one part, and the Republic of Cuba, of the other part’, Council of the European Union, 25 November. http://data.consilium.europa.eu/doc/document/ST-12504-2016-INIT/en/pdf