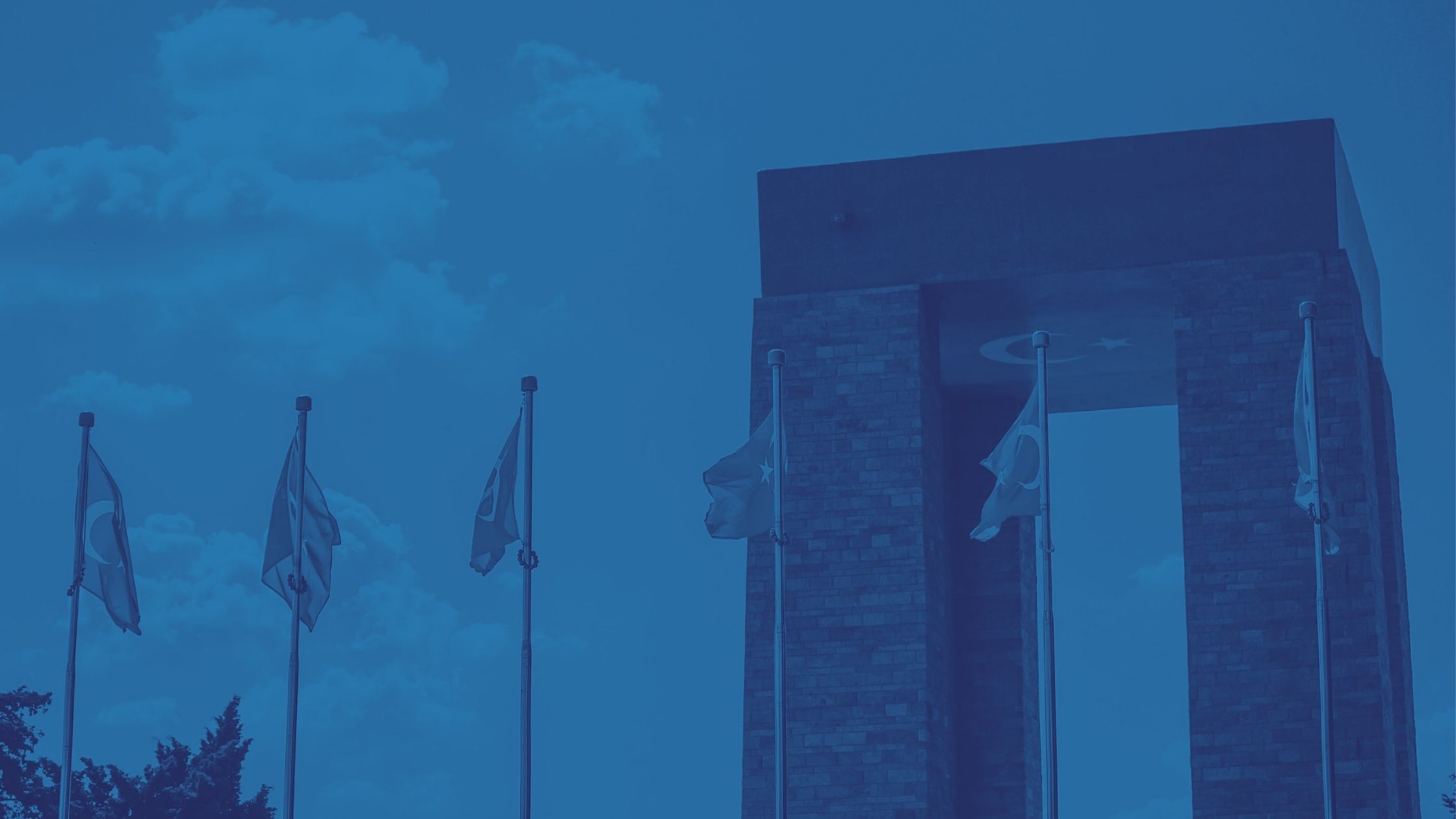 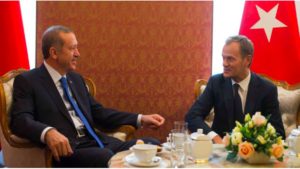 Turkey has displayed an increasingly bold foreign policy this past year. While this is nothing new to President Erdogan’s AK Party, this aggressive policy has not gone unnoticed by Turkey’s neighbors. While the administration asserts that it is protecting its interests in a hostile region, other governments find common ground in their diplomatic tensions with President Erdogan (Jesner, 2020). Turkey’s economic comeback relies on the outcome of the numerous disputes it is embroiled in, which further point to its government’s policy outlook.

Turkish troops are still involved in the Syrian Civil War, with forces spanning across the Idlib Governorate (Daily Sabah, 2020). Ankara is also continuing its four-decade-long conflict against Kurdish insurgents with an air campaign against the Kurdistan Free Life Party (PJAK) in northern Iraq this past June (Dri, 2020). More concerning for its European neighbors was Turkey’s entry into the Libyan Civil War in January. In return for military support against General Khalifa Haftar, the Libyan Government of National Accord has signed agreements with Turkey over combined security and maritime concerns (Al Jazeera, 2020). The intervention in Libya is interpreted as a means to secure access to maritime boundaries and the gas reserves within them (Stern, 2020). This encroachment has pitted Erdogan against rival Greece, among other nations, in a dispute over border integrity and drilling rights in the Mediterranean. By supporting Azerbaijan in the Nagorno-Karabakh conflict, Turkey may have also left its diplomatic relations with Russia and Iran in a questionable state (Hussein, 2020). Is Erdogan capitalizing on an opportune moment by engaging on multiple fronts, or is he biting off more than he can chew? More importantly, what are the implications of such a multi-pronged geopolitical strategy?

Analysts claim that Erdogan’s hasty conduct results from the increasingly blurred line between Turkey’s domestic and foreign policies (Akocc, 2020). In the short term, this behavior is expected to help Erdogan draw voters, but it will discourage international investors who can revive the waning economy in the long run. Erdogan’s foreign policy is seen as uncertain for the country’s future as it creates hostile relationships with Turkey’s major economic partners (Akocc, 2020). Namely, Turkey relies on trade and investment from the European Union and the United States, both of which have experienced strained relations with the country in recent months.

Turkey’s hunt for gas reserves in contested waters between Greece and Cyprus is a leading source of tensions with the EU (BBC News, 2020). Following their summit on December 10th, European leaders agreed to discuss limited sanctions and an arms embargo on Turkey (Cook, 2020). Despite such threats, the Turkish Foreign Minister said Ankara would not abandon its pursuit in the eastern Mediterranean (Gotev, 2020). However, Turkey also risks tensions with other countries that have a growing interest in the region. Egypt, Israel and Jordan are among the non-EU members of the recently formed EastMed Gas Forum, which has been vocal about Erdogan’s energy ambitions in the Mediterranean (Financial Mirror, 2020). Erdogan’s relationship with the US is not expected to improve either; Turkey’s rift with the US over its acquisition of Russian S-400 air defence systems has culminated in sanctions (Lee, 2020). With Biden’s anticipated inauguration, Turkish-US relations are expected to reach new lows in the coming year (Akocc, 2020).

Erdogan sees the negative international outlook towards his geopolitical initiatives as an overt effort to pressure Turkey from political theatres in the Caucasus, Libya, Syria, and the Mediterranean. While Ankara is militaristically capable of engaging on multiple fronts, it may not be a viable strategy that Erdogan can sustain in the long term (Akocc, 2020). Turkey has asserted its geopolitical ambitions at the expense of a seemingly mismanaged economy for years. According to the World Bank, the country’s macroeconomic picture is vulnerable due to rising geopolitical risks that strain the lira, paired with increasing unemployment and contracting investments (World Bank, 2020). With annual inflation averaging 12 percent, the lira has lost around a quarter of its value against the USD since early 2020. Similarly, foreign direct investment, most of which is sourced from Europe, had declined from $22 billion in 2007 to nearly $8.8 billion in 2019 (World Bank, 2019). Although Turkey’s reliance on Europe for its trade has slightly decreased since 2016, European countries still account for 56 percent of its exports; Germany, the UK, Italy, and France being the top destinations (Observatory of Economic Complexity, 2018). The United States allocates 4.8 percent of Turkey’s exports, making up the bulk of its output for North America. Similarly, EU countries make up roughly 44 percent of Turkey’s imports, with German imports exceeding both China and Russia’s at 11 percent (Observatory of Economic Complexity, 2018). As such, sanctions by the European bloc and Washington can prove to be detrimental to the Turkish economy.

Closer to home, Turkey must decide on a more coherent foreign policy in the Middle East. Erdogan has few friends in the region, as the Gulf States have mainly rivalled Turkey since its support for Qatar in 2011 (Bianco, 2020). Turkey and Qatar had previously backed Islamist revolutionary groups against the Saudi-led Gulf Cooperation Council and its allies (Bianco, 2020). To balance his relationships, Erdogan would find support in Iran, which is embroiled in region-wide proxy conflicts against Saudi Arabia and Israel. However, Ankara’s friendship with Tehran may be cut short due to Erdogan’s ambitions in the Caucasus (Akocc, 2020). Turkey is keen to invest in a proposed transport link to Azerbaijan via the Nakhchivan exclave following the cease-fire over the Nagorno-Karabakh conflict (Tastekin, 2020). Aside from potential pipeline and logistics projects, Turkey stands to inherit a geostrategic gateway to the Caspian basin (Tastekin, 2020). This route would directly connect Ankara to the Turkic republics of Central Asia and China. However, Erdogan’s ambitions would risk alienating Iran. For decades, Iran has been a route to Azerbaijan and an energy source for Nakhchivan (Hussein, 2020). Thus, Iran has enjoyed a 15 percent commission from gas supplies to the region and exercises political leverage over Baku (Tastekin, 2020). A regional corridor could reduce energy costs for Iran’s northern neighbors and bypass their trucks’ need to travel through Iran for exports (Hussein, 2020). Given the urgency of Iran’s current economic crisis, its relationship with Turkey could deteriorate if Erdogan presses further for the Nakhchivan corridor.

These examples indicate how Turkey has displayed a bold foreign policy, with its executive relying on brash diplomacy with the international community. In pursuing its national interest, the country has not shied away from controversy or conflict. At the same time, Turkey has not mitigated its ongoing diplomatic and geopolitical quarrels. Similarly, President Erdogan has yet to prioritize which initiatives to spend Turkey’s resources and focus on. The country participates in numerous geopolitical theatres, and analysts have predicted that dealing with so many countries is not a sustainable strategy for Turkey (Akocc, 2020). The current administration is seemingly too ambitious, and rather than rush to achieve its interests all at once, it should take a steadier approach (Tastekin, 2020).

Practicing good diplomacy and pursuing national interests is a non-binary decision. Turkey does not necessarily need to abide by multilateralism, but it is constructive to calibrate the nation’s geopolitical initiatives to its global perception. In doing so, Turkey can ensure that it will not be threatened on multiple fronts simultaneously and can reduce the risk of sectoral sanctions or diplomatic fallouts. As a NATO ally, top tourist destination and affluent trading hub, Turkey needs to reflect on how to pursue its interests in a sustainable way for its future. With the change in the US presidency in January, President Erdogan must reassess his geopolitical strategy and prioritize which initiatives are worth pursuing based on their long-term implications for Turkey’s economy and security.