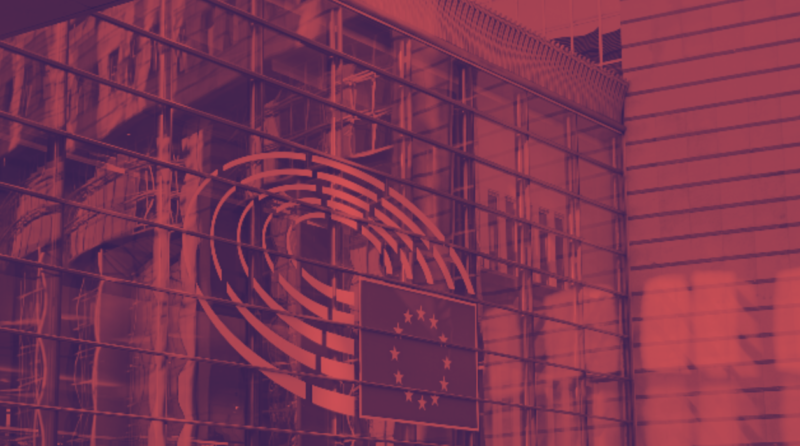 With Slovenia concluding its period at the presidency of the Council of the European Union, France will take over the helm from January 2022. The French government has several ambitious plans for its term, ranging from reining in Big Tech to addressing climate change. Another important area in which France will try to pursue its vision is trade. The EU is one of the world’s largest trading blocs, together with China and the US. In 2020, the EU’s export and import of goods accounted for around 15% and 13% of the world total, respectively (Eurostat, 2021b). The strength of the EU as a commercial bloc is due to the size and prosperity of its internal market, around 440 million citizens with an average GDP per head of € 31,200, which can be leveraged to strike trade agreements around the world (Eurostat, 2021a).

Indeed, in recent years the EU finalized some major, headline-grabbing, Free Trade Agreements (FTAs), with important partners, such as the EU-Canada Comprehensive Economic and Trade Agreement (CETA), and the EU-Japan Economic Partnership Agreement. Yet, more recently the momentum behind the EU’s free trade agenda seems to be fading, due to a mixture of human rights, labor standards, and environmental concerns. This is best exemplified by the stalemate in approving the EU-Mercosur Trade Agreement, and the EU-China Comprehensive Agreement on investment, and by the failure to ratify the CETA by several Member States, which, for this reason, has been only provisionally applied so far.

The outbreak of the Covid-19 pandemic has strengthened this trend, with calls for reshoring manufactures and reducing strategic dependencies (Head, Martin, & Mayer, 2020). Still, the stall in the EU’s free trade agenda could well continue the next year, with France starting its six-months long stint at the helm of the Council of the EU on January 1st, 2022. Indeed, France is traditionally one of the most protectionist countries in the EU with regard to trade policies, and French President Emmanuel Macron has been a vocal opponent of the deal with South America’s Mercosur countries over environmental concerns (Momtaz & Hanke Vela, 2019). Furthermore, the French President is the main champion of European  ‘strategic autonomy’, a buzzword that means a push by the EU to become more self-reliant (European Parliament, 2021a). With the French presidential election due to be held in April next year, it is unlikely that Macron will throw his political weight behind deals such as the one with the Mercosur countries, or with Australia and New Zealand, all of which are unpopular among the politically powerful French farmers, who fear extra agricultural imports and more competitions from these countries (Moens & Leali, 2021).

Priorities and opportunities for the French presidency

Conversely, the French presidency will probably try to pursue a more defensive trade agenda. This would be centered around 3 new trade instruments proposed this year by the European Commission. Firstly, the EU International Procurement Instrument, which the Commission has been trying to introduce since 2012 (European Parliament, 2021b). This new tool would allow the EU to demand reciprocity from third countries in public tenders, allowing the EU to exclude from its procurement processes companies from countries that close their markets to EU firms. France is a strong supporter of this instrument, but more liberal countries fear that if the measure will be excessively protectionist, Europeans will lose the most efficient global contractors.

Another trade file aligned with the more defensive French trade agenda is the Commission’s proposal  to address potential distortions caused by foreign subsidies in the Single Market. The regulation will empower the Commission to investigate, and eventually fine, foreign businesses receiving foreign state aid deemed to have negative effects on the Single Market (European Commission, 2021a). The third trade instrument strongly supported by France is the Carbon Border Adjustment Mechanism (CBAM), proposed as part of the package ‘Fit for 55’ aimed at slashing EU’s emissions by 55% by 2030 compared to 1990 levels. This tool would impose a charge on imports from countries with laxer environmental rules than the EU, to align the carbon price on imports with the carbon price within the EU. The proposal is intended to avoid carbon leakage, a situation that occurs when firms transfer production to other countries with looser environmental constraints (European Commission, 2021b). Yet, the proposal has elicited strong opposition, particularly from China, the US, and Australia, but also among some EU countries who fear that the measure is not compatible with WTO law and that could cause retaliation against EU exports (Tamma, 2021).

Fortunately for Macron, many people in positions of power  inside the major EU institutions are somehow tied to him, making it easier  for the French presidency to implement its trade agenda. Charles Michel, the Belgian European Council president, is a francophone liberal who belongs to Renew Europe, the same centrist European political party to which Macron is affiliated. Ursula von der Leyen, the European Commission President, obtained her role in 2019 also thanks to Macron’s support (Barbière, 2019). Moreover, Von der Leyen’s own  party, the German Christian Democratic Union (CDU), will likely hand over the power in Berlin in the coming months to a new coalition led by the Social Democrats (SPD), who were against her nomination in 2019 because her selection did not respect the Spitzenkandidaten process, together with the Greens and the liberal FDP. The departure of the CDU and of Merkel, of which Von der Layen was a protégé, will weaken the Commission President, likely pushing her closer to Macron in search of political weight (Herszenhorn, De La Baume, Barigazzi, & Von Der Burchard, 2021).

Another influential official close to Macron is Thierry Breton, the French European Commissioner. Breton, who oversees a beefed-up Internal Market portfolio, is a staunch supporter of the concept of European ‘strategic autonomy’ and given the breadth of his portfolio he will have sway over some trade files (Van Dorpe, 2019). Moreover, Macron’s influence spans into the European Parliament as well. Indeed, Macron’s own  party, La République En Marche (LREM), is the largest national delegation into the Renew Europe formation, one of the three groups that are part of the European Parliament’s majority. Furthermore, Stéphane Séjourné, a close adviser to the French President, has been recently elected leader of the Renew Europe group in the European Parliament, effectively strengthening Macron’s grip over one of the more pro-free-trade groups of the European legislature (De La Baume, 2021).

Therefore, France will have real influence to leverage its ideas. However, the more liberal, pro-market Nordic countries will try to counter French’s tilt toward a more protectionist policy. Indeed, countries such as Sweden and the Netherlands are already rallying like-minded Member States to form a new grouping in favour of free trade (Sandbu, 2021). Yet, with Brexit, Europe’s strongest free trade supporter left the bloc, weakening the position of the EU’s liberals against the French push for trade defence instruments and for a more active industrial policy. Moreover, if the German Greens will be, as expected, part of the next government in Berlin, Germany would be more inclined to support Macron’s pressure  for the implementation of more environmentally friendly trade policies such as the CBAM, diminishing further the authority of the Nordic supporters of free trade.

Hence, all seems set for a prolonged stall in the EU’s free trade agenda and for a tilt toward more protectionist measures. Though, a lasting protectionist shift in the EU’s trade policy could backfire. Indeed, FTAs are one of the best ways to extend the EU’S  influence and standards around the world, and the openness of the EU Internal Market is fundamental for the EU’s role as standards-setters in several sectors (Bradford, 2012). Moreover, neglecting the ratification of trade agreements that have been negotiated for a long time, such as the Mercosur trade deal with Southern America countries, will not solve the environmental problems of these countries and would push them to look toward competitors of the EU, such as China, which is now Mercosur’s largest trading partner (Pietikainen, 2021). Thus, the ratification and implementation of FTAs is a matter of global credibility for the EU, which should use trade negotiations to spread its standards and increase its global heft.