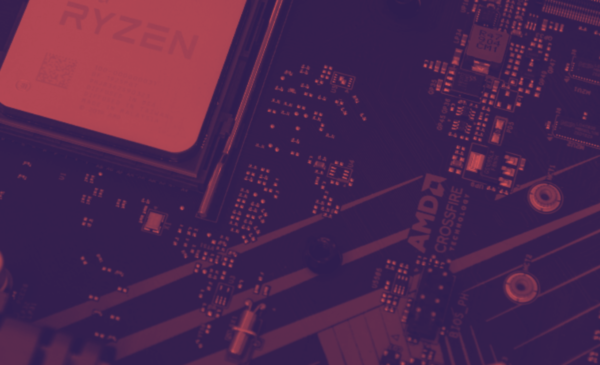 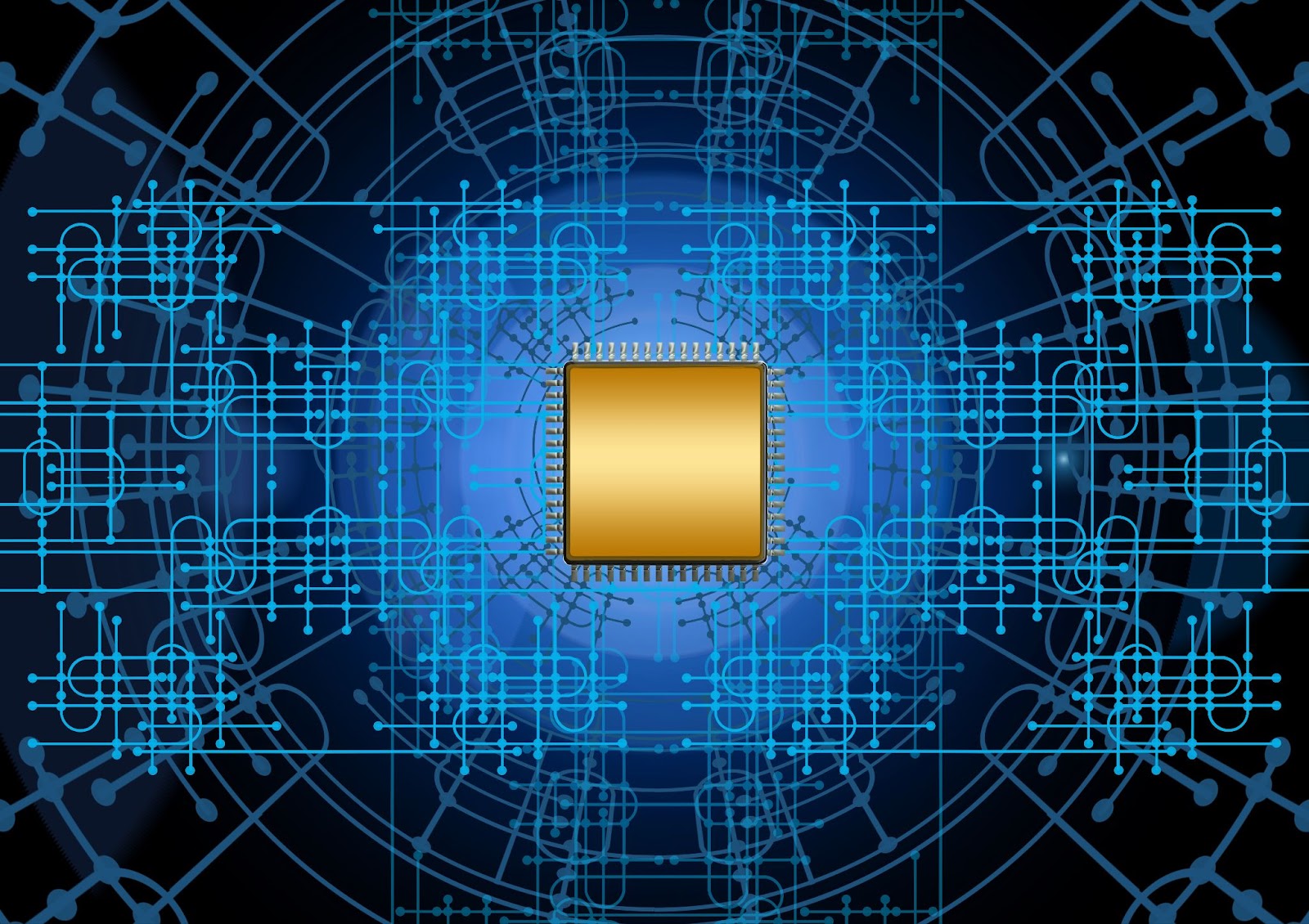 “The semiconductor industry is facing […] a time of rising industry concentration. The top five global semiconductor suppliers now make up nearly 40 percent of the market, up from 32 percent in 2006. Costs are driving this concentration. […] Higher concentration also raises the stakes for firm location: in the extreme case, if most or all products in an industry become controlled by a single non-U.S.-based company, that situation raises the odds that production or sales will be influenced by foreign-industrial or national-security policy to the detriment of U.S. interests.”(PCAST, 2017) This is how the President’s Council of Advisors on Science and Technology (PCAST), described, in January 2017, to the then President Obama the critical features in the semiconductors’ global market, in a report entitled ‘Ensuring long-term U.S. leadership in semiconductors’. The description was made way before the current situation started to show up. Today, the semiconductors’ market is facing a severe shortage, a situation which quickly turned into a more serious problem than a simple underproduction crisis.

At the present time, even though making accurate estimates is a demanding task, the demand for microchips exceeds the supply, globally, by 40%. Supply waiting lists reach an average time of 15 weeks (King, Wu ,Pogkas, 2021). Usually, very widely traded components

are sold at even three times higher prices. It can be said that this crisis, which started to show in March 2020, was unexpected and unpreventable. But the PCAST’s report, written by the most important figures in the field, highlights how the most crucial weaknesses in this market were known years ago.

Semiconductors, or more commonly known as microchips, gained, in the last twenty years, a role in the manufacturing sector that is growing rapidly. In 2000, 18% of the total cost of a new car covered the price of chips. Today, it amounts to 40%, and by 2030 it will be 45% (King, Wu, Pogkas, 2021). Microchips are used for personal computers, mobile phones, and internet servers. But, also, for new-generation jet fighters, anti-missile systems and air carriers. Everything that has relevance in our lives today has a share of electronic components and, by consequence, semiconductors.

In the age of globalization, the supply chain is distributed among several states. Today, only two Integrated Device Manufacturers (IDM) companies, that internally cover all the stages of production, are left: Samsung, based in South Korea, and Intel, based in the United States (Kleinhans, Baisakova, 2020). But it is much more convenient to distribute tasks. The stages for the production of a functioning chip are three- designing, production, assembling and testing – and they’re concentrated mostly among five countries- U.S., China, South Korea, Japan, and Taiwan- (Kleinhans, Baisakova, 2020).

Nowadays, along the wide majority of the industrial supply chain in the global market the creative stage has much more importance than material production, which is usually carried on by cheap, low-medium skilled labour force. Instead, in the semiconductors’ industry roles are switched.Due to three structural features that are peculiar to the sector, the body of the material productions can dictate time and modalities to the other stages of the chain.

Microchips are extremely expensive to fabricate, much more capital intensive than designing them. The whole power of semiconductors lies in the number of circuits that can stay in a given silicon wafer. That is why engineers worked to shrink the dimension of the nodes on microchips since the ‘60s. Today, the smallest semiconductor available has a dimension of 5 nm, comparable to bacteria (Kleinhans, Baisakova, 2020).

If designing a 5 nm nodes microchip costs presently $540 million (Kleinhans, Baisakova, 2020), the leading Taiwanese company, TSMC, declared that their new production plant for 5 nm nodes would have a cost of $20 billion (Reuters, 2017). To make a comparison, the Italian government, according to its financial law for the next year, is planning to spend 23.4 billion € (Il Post, 2021). Consequently, in order to stay in the market, private companies need to be prepared to make investments comparable with national governments.

Besides, this process is also knowledge-intensive. The necessary expertise to successfully stay in the market is extremely defined and the skilled labor is highly concentrated in specific places. That is why, alongside with the capital intensity, the market is driven to concentration. If in 2002,  the companies which were able to produce the smallest nodes in commencement were 25, today they are limited to 3 (Jaitly, Jacobs, 2018). The most important core of production is the small island of Taiwan, which today produces 60% of the global supply of semiconductors. It is a remarkable fact that just Taiwan Semiconductor Manufacturing Company, or TSMC, by itself is responsible for 45% of the global production (King, Wu, Pogkas, 2021).

Finally, time is a binding issue. The necessity to attain a precise productive process, including almost 1400 steps (Yinung, 2021) makes it nearly impossible to have flexibility in the production. If, put under pressure due to the rising demand, an automotive firm ordered more microchips the semiconductors’ factories could not deliver before 18 weeks, whatever the demand and the possible revenues would be. Making a new microchip takes from 12 to 20 weeks, it depends on the dimensions of the nodes. Then the assembly and testing takes another 6 weeks, touching the 26 weeks of total process (Yinung, 2021). The shipping times are excluded from the calculation. And even if the foundries, willing to intercept a new demand on the market, decided to expand their productive capacities, years would pass. Building a new plant, meeting quality and quantity standards in order to be competitive, requires no less than 2 years- 24 weeks- (Yinung, 2021).

The COVID-19 pandemic then caused a huge rise in the demand for electronic devices, associated with a bullwhip effect (Lee, Padmanabhan, Whang, 1997). Combining the temporary factors with the structural, the current shortage is obtained.

The response of states

Due to the strategic role that semiconductors fulfill in the national defence and to the economic systems as well, national governments have now realized that they cannot allow themselves to be governed anymore by variable factors, such as demand and supply, or a transnational supply chain. Particularly, neither the United States nor the People’s Republic of China can afford to act that way. They have come to realise that they need a national-based supply chain of semiconductors, always disposable and not subject to any other factor besides their own decisions.

In August 2020, when Intel announced it would have offshored its production to Taiwan in TSMC’s foundries (King, 2020), the U.S. administration took countermeasures rapidly. And just a few months later, in March 2021, the CEO Pat Gelsinger declared that a new plant, worth $20 billion and partially funded by the Federal Government, would have been built in Arizona (Leswing, 2021). This funding is part of a wider package approved by Congress in May 2021, worth $120 billion and aimed to keep ahead in the technological competition with China (Edmonson, 2021). 50 out of 120 billion funds are explicitly destined for the creation of an autonomous national semiconductor industry (Leary, Ziobro, 2021).

A similar process is happening on the other side of the Pacific. The China Investment Bank, a state-owned bank, declared, following directives of the CCP, that more than $60 billions in state loans were ready to be dispensed to 1000 local firms working on strategic high-tech. In addition, a fund worth $30 billion, will be specifically allocated for new semiconductor producers (Myers, Mozur, 2021).

And the European Union?

The EU’s countries suffered from the shortage even more than the US and China. When describing the process, it is noticeable that Europe has never been mentioned, since the whole European industry accounts for 10% of the global production (von der Leyen, 2021). Only in the production of manufacturing equipment and chemicals, both tools necessary for the production process, European companies own a relatively wide share of the market (Kleinhans, Baisakova, 2020). But overall, the EU’s states still need to import the majority of their components. And as in the United States, the experts of the sector in Europe, particularly among those in the European institutions, were perfectly conscious of the structural features that led to the current crisis, as they were in plain sight for everyone.

On July 30, 2019, the European Political Strategy Centre (EPSC), directly dependent on the European Commission, released a strategic note entitled ‘Rethinking strategic autonomy in the digital age’. “In addition to its dependency on foreign raw materials” says the report “Europe’s reliance on foreign components and technology is increasing as it falls behind on the production of key digital technologies. In 2017, the EU’s overall trade deficit for high-tech products stood at 23 billion euro – largely due to sizable Chinese imports (EPSC, 2019)”. The EPSC highlights how this dependency carries strategic risks. The first is a disruption of the supply chain, and the second is the massive use of technology which can be intentionally compromised under the aspect of cybersecurity, compromising the security of EU’s digital equipment and infrastructure (EPSC, 2019). But, carries on the EPSC’s note: “If Europe wants to maintain its Weltpolitik Fähigkeit (ability to play a role in shaping global affairs) in this environment, it needs to react to these developments, step up the competitiveness of its home-grown tech sector and mitigate factors that are undermining its strategic autonomy’(EPSC, 2019).

Now, more than two years later, the European Commission is moving in the direction of  strategic autonomy. Later this month, president Ursula von der Leyen visited together with Dutch Prime Minister Mark Rutte, Executive Vice-President and Commissioner for Competition Margrethe Vestager, and Commissioner for the Internal Market Thierry Breton, the plants of the Dutch firm ASML. The visit was symbolically used to promote the later initiative on the field: the European Chip Act, which will be presented at the European Parliament next year. “Our aim,” said von der Leyen “ is that Europe should double its market share in chips by 2030, including in the most cutting-edge chips. That means reaching 20% of the global market share. Today, we are at 10%. […] The European Union will invest substantially in the digital sector over the next few years. Up to 200€ billion from our Recovery Plan NextGenerationEU will fund developments in this sector” (von der Leyen, 2021). The issue recently caused an internal dispute between Vestager, a great opponent of state subsidies and market alterations, and Breton (White, 2021), promoter of self-sufficiency. In the end, the latter prevailed, even if Vestager warned that European’s state aid will find “strong safeguards […] to make sure that such state aid is necessary, appropriate, proportionate” (Vestager as cited by White, 2021).

Nonetheless, it is a huge step forward. The semiconductors production is an issue with huge repercussions in the internal affairs of the EU, but most importantly in foreign affairs. Creating an autonomous supply chain determines how the Union can act in the context of its foreign policy. It reduces dependency on non-allied countries, like China, but also on allies, like the United States, Japan, and South Korea. On the other hand, investing in cutting-edge technologies helps to create leverage on the international level. As Thierry Breton himself wrote: “With the European Chips Act, these national efforts can be integrated into a coherent European vision and strategy. It will also provide a framework to avoid a race to national public subsidies fragmenting the single market, set conditions to protect European interests, and place Europe firmly in the global geopolitical landscape (Breton, 2021).” Now the geopolitical reality of the strategic industrial areas cannot be anymore separated by the economic one. President Von Der Leyen is giving, with this strong action of the Commission, a new impulse in the strategic coordination brought forward by the European institutions. With the European Chips Act “our tech sovereignty is within reach. The moment is now.” (Breton, 2021)

Breton, T. (2021, September 15th). ‘How a European Chips Act will put Europe back in the tech race’. European Commission. https://ec.europa.eu/commission/commissioners/2019-2024/breton/blog/how-european-chips-act-will-put-europe-back-tech-race_en