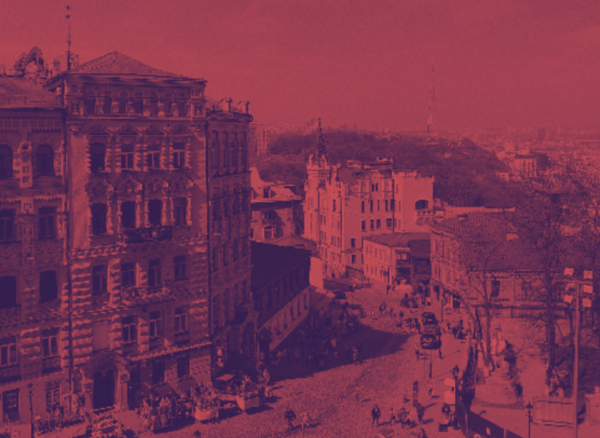 In recent years Eastern Europe and the Caucasus have been at the center of international attention owing to several crises, such as the Nagorno-Karabakh war, the conflict in Eastern Ukraine, or Belarus’ mass protests. Though, with crises come opportunities, allowing global players to play a greater role in stabilising these areas, hence increasing their clout. An international actor deeply involved in the region, and which could further heighten its influence, is the European Union (Shea, 2020).

On December 15, in Brussels, the leaders of Armenia, Azerbaijan, Georgia, Moldova, and Ukraine met with the leaders of the EU, and of the EU member states, for the sixth Eastern Partnership summit (European Council, 2021b). The Eastern Partnership is the Eastern dimension of the European Neighbourhood Policy (ENP), the foreign policy instrument launched in 2004 to sustain and promote security, stability, and prosperity in the EU’s neighbourhood, without necessarily allowing the EU’s neighbours to become members of the Union. Particularly, the Eastern Partnership was created in 2009, following a proposal by the Foreign Minister of both Sweden and Poland, and regrouped six post-Soviet states: Armenia, Azerbaijan, Belarus, Georgia, Moldova, and Ukraine (European Council, 2021a). The aim of the initiative is to foster links between the EU and its Eastern European and South Caucasus neighbours. Yet, in June 2021, Belarus unilaterally suspended its participation in the Eastern Partnership policy following months of spats and sanctions with the EU and its members deriving from the August 2020 contested Belarus’s presidential elections (Ghazanchyan, 2021).

At the summit the leaders pledged to further their cooperation based on the Eastern Partnership policy beyond 2020, five long-term objectives for the Eastern Partnership defined in March 2020 (European Council, 2021b). These five goals emphasise particularly recovery, resilience, and reform in the economy, rule of law, climate, and digital fields. However, the summit’s pledges and conclusions were overshadowed by Ukraine President Volodymyr Zelenskiy’s request to EU leaders to impose pre-emptive sanctions on Russia to deter any potential full-scale invasion of Eastern Ukraine, instead of waiting to hit Moscow until after a military escalation. Yet, it is highly unlikely that the EU could accept Zelenskiy’s demand, due to the need that sanctions must be imposed upon specific individuals and/or entities in response to specific events, otherwise they risk being overturned in a court. On a more positive note, though, the leaders of Armenia and Azerbaijan met with Charles Michel, the European Council President, to discuss efforts to ensure lasting peace between their two countries, who last year fought a six weeks-long war over the disputed territory of Nagorno-Karabakh (Barigazzi & Herszenhorn, 2021). The positive atmosphere led Azerbaijan to release 10 prisoners of war to Armenia a few days later thanks to the mediation of the EU (Cater, 2021).

Nevertheless, despite this positive improvement a lasting solution to the conflict and the status of the Nagorno-Karabakh region is still to be found, as shown by the recent flare-up between the two countries in November 2021. The situation looks thorny also for the other Eastern Partnership members. Indeed, Ukraine, as Zelenskiy’s plea made clear, is desperate to avoid a repetition of 2014, when Russia invaded and annexed Crimea, and stirred up a separatist insurrection in its eastern regions of Luhansk and Donetsk. Due to the large military build up of Russian forces along the Ukrainian border, about 90,000 troops as claimed by Ukrainian officials (Kirby, 2021), an escalation cannot be excluded, at least according to western intelligence reports (Toosi & Mcleary, 2021). Moreover, Ukraine’s domestic situation is confused too, after in late November Zelenskiy said, without providing evidence, that the intelligence services detected a plot involving both Russian and Ukrainians to overthrow its government in early December (Stern, 2021).

Moldova also has been mired in a dispute with Russia recently. The country has a pro-EU president since November 2020, Maia Sandu, whose position has been reinforced in July 2021 when its pro-EU, reformist party, won a solid parliamentary majority defeating the pro-Russia opposition (Rosca, 2021b). Hence, the country seems clearly on a Western and European path. Yet, that journey is not without hurdles. Indeed, between October and November Moldova has been involved in a standoff with Russia over gas supplies. At the time, Gazprom, the state-owned Russian energy giant that covers a large chunk of Moldova’s gas needs (Abbasova, 2021), demanded a steep increase in prices to renew a supplies agreement, prompting the Moldovan government to refuse the deal. The request by Gazprom led the EU and Moldova to accuse Gazprom and Russia of trying to pressure the country away from Brussels (Foy, Seddon & Shotter, 2021), in exchange for better gas prices. Beyond expressing political support, the EU helped Moldova with €60 million in aid to cope with the surging gas bills and Ukraine also stepped up to supply additional volumes to Moldova (Hernandez, Rosca, 2021a). In the end, the standoff between Moldova and Gazprom was resolved and the two parts agreed to extend the contract for the supplies of Russian gas for another five years (Rosca, 2021c), but it is likely that this episode will not be the last moment of tensions between Moldova and its giant neighbour. Indeed, Moldova and Russia are at odds also regarding the question of the breakaway region of Transnistria, internationally recognised by all the United Nations members as part of Moldova, but de facto supported by Russia, which views the territory as a tool to influence Moldova (Cimminno, 2021).

Even Georgia is not immune from turmoil. Indeed, the country is undergoing a serious political crisis since the last parliamentary elections held between October and November 2020 were won by the ruling Georgian Dream party (Parulava & Kotkamp 2021). At the time the opposition denounced the elections as flawed and refused to seat into the parliament. The crisis was defused in April 2021, thanks to an accord brokered by European council President Charles Michel. Yet, the situation was not completely resolved, as the opposition continued to demand new elections, and the governing party pulled out of the EU-brokered agreement in July, judging that it reached its limits. The situation worsened again in October 2021 after the local election dominated by the Georgian Dream party. The opposition claimed that the elections were rigged, and thousands of people poured into the streets to protest. The Organisation for Security and Cooperation in Europe (OCSE) stated that the playing field was tilted in favour of the ruling party (OCSE, 2021). Furthermore, a few days before the elections the former president Mikheil Saakashvili returned to the country to rally support for the opposition, after having lived abroad since 2014. Yet, upon his return, he was arrested due to a sentence handed down in 2018 on abuse of power charges and widely perceived internationally as politically motivated. Moreover, Georgia, as Ukraine and Moldova, has a territorial dispute with Russia, over the Georgian regions of Abkhazia and South Ossetia, which Russia backs militarily and economically and recognises as independent since the aftermath of the Russo-Georgian war in 2008 (Gerrits & Bader, 2016).

Despite setbacks at home and apprehensions over Russian operations at their borders, Georgia, Moldova, and Ukraine are all pushing for closer ties with the EU with the ultimate aim of obtaining membership. In 2021 the three countries signed a declaration committing them to trilateral cooperation to work together toward a common European future (Herszenhorn, 2021a). This tripartite configuration is known as Associated Trio, and it will entail increased cooperation and coordination between the Ministries of Foreign Affairs of the three countries on European integration issues. Indeed, the trio has more prospects of closer cooperation with the EU in comparison with other members of the Eastern Partnership. Georgia, Moldova, and Ukraine have all signed and fully applied Association Agreements (AAs) and Deep and Comprehensive Free Trade Areas (DCFTAs) with the EU between 2014 and 2017. These agreements allow them some access to the EU single market and within their framework, it has been negotiated the Visa liberalisation which entered into force in Moldova in 2014 and in Ukraine and Georgia in 2017. Moreover, the deals represent around 70% of the EU acquis and they entail important reforms that will align the partner countries’ legislation and standards to the EU ones (Mirel, 2021). Thus, it does not come as a surprise that the EU is their top economic partner (Ciocoi, Kuleba & Zalkaliani, 2021).

The situation is different for the remaining members of the Eastern Partnership, not to mention Belarus, which is waging a “hybrid war”, in the words of EU officials, by luring immigrants from Middle East countries and by pushing them over its borders with Latvia, Lithuania, and Poland in a bid to destabilise them (Euronews, 2021). Armenia-EU relations are based on the Comprehensive and Enhanced Partnership Agreement (CEPA) signed in 2017 that offers only limited integration between the two sides, also due to the need to ensure compatibility with Armenia’s membership of the Eurasian Economic Union (EEU), a Russian-led customs union (European council, 2020a). Negotiations for a similar enhanced agreement have been launched by the EU and Azerbaijan in 2017, but so far, the talks have not yet yielded a deal (European Council, 2020b).

Due to the significant gap between Georgia, Moldova, and Ukraine on one side and Armenia, Azerbaijan, and Belarus on the other, the Associated Trio concept began to gain traction (Herszenhorn, 2021b). The idea would be to offer to Georgia, Moldova, and Ukraine a new agenda for the next decade to sustain the motivation for democratic and economic reforms that would bring them closer to the EU. Without neglecting relations with Armenia and Azerbaijan, and maintaining support for Belarus’ democratic opposition, in this vision the EU would bring its relations with the more advanced trio to a new level, envisioning broader integration into the EU’s single market and commitment to the EU’s four fundamental freedoms, without explicitly offering them membership to the club. The point would be to give the trio tangible and achievable goals for closer integration and cooperation with the EU through a system of incentives and benchmarks. Potential backsliding, as it seems is happening in Georgia, could be sanctioned by reversing some of the integrations attained.

An increased EU integration with its Eastern and South Caucasus partners would probably provoke a sharp rebuff by Russia, which believes that the West exaggerated in expanding the EU and the NATO up to its borders after the end of the Cold War. This could stoke tensions and heighten hostilities in the region. However, the Associated Trio format would also entail several benefits for the EU. It would be a way to further develop its Enlargement and Neighbourhood Policy (ENP) through which the EU increases its clout beyond its borders, without starting an actual round of enlargement, which is opposed by several countries led by France (Barigazzi, 2019). Moreover, the new format would help to stabilise friendly and democratic-minded neighbours, keeping them from being dragged into Russia’s arms. On top of this, if the format remains open to new members, it could encourage laggards like Armenia and Azerbaijan to catch up with the more advanced trio to obtain the same benefits. Furthermore, it would be in line with the EU’s quest for strategic autonomy and with ton der Leyen’s Commission’s stated intention of being a geopolitical Commission. As such, it would be wise for the EU leaders to respond to the Associated Trio’s aspirations, intensifying bonds with Georgia, Moldova, and Ukraine and enhancing the EU’s relevance and governance in the area.