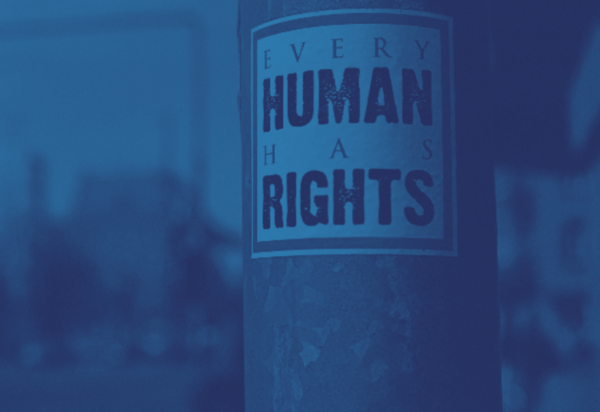 The modern concept of human rights springs from its evolution, which took off with Thomas Hobbes’s state of nature. Hobbes, in his work ‘Leviathan’, has proposed that in a state of nature, free from rule of law and order,  impunity flourished. In this condition, he argued that human lives were “solitary, poor, nasty, brutish and short.” Therefore, human beings were driven by the feeling of self-preservation that freed them from the concept of morality (Merriam, C. E. 1906). Later on, Locke and Montesquieu have elucidated further on the subject by providing universal rights to “life, liberty, and property” (Cranston, 1986). They refined the concept of state of nature by establishing the notion of a social contract, recognizing how the state of nature was pre-political and everything was regulated by natural law,  However, to put into practice that very law, the state originated from the social contract (D’Agostino, Gaus, & Thrasher, 2021). As Zeid Ra’ad Al Hussein writes, the establishment of the Universal Declaration of Human Rights was a matter of survival, and “They were not philosophical goals: This was life or death.” (Al Hussein, 2018). With globalisation, the importance of human rights increased even more, as sanctions and access to remedy for business-associated human rights abuses represent a threat to civil liberties as a whole. Therefore, it is merely impossible to imagine a world without mechanisms that protect human rights and abide by their behaviour by the maxims of the law. As Brander et al. (2020) suggest, “Globalisation is allegedly responsible for human rights violations on the one hand, but allows human rights movements to counter its excesses and negative effects on the other hand” (Brander, et al., 2020, p. 446). However, Adam Seligman and David Montgomery in their publication “The Tragedy of Human Rights” question the refinement of human rights and their contribution to the function of society (Ferrari, 2021). Throughout the article, we are going to examine the relevance of this statement and therefore argue that even though the human rights conventions might not be fully refined, their execution is of utmost importance for a just and peaceful society.

The core problem with human rights is that they are hopelessly ambiguous and problematic, in that they do not function as a standard legal system, therefore failing to provide a concept of  legal regime. Defenders of this statement such as Posner (2014) argue that the notion of human rights has never been as universal as people anticipated. Thus, there is no evidence that human rights treaties and human rights conventions themselves have contributed to the improvement of people’s wellbeing. Posner (2014) reiterates by saying that “human rights were never as universal as people hoped, and the belief that they could be forced upon countries as a matter of international law was shot through with misguided assumptions from the very beginning” (Posner, 2014). Roosevelt (1941) counters this statement by suggesting that “Freedom means the supremacy of human rights everywhere. Our support goes to those who struggle to gain those rights or keep them. Our strength is our unity of purpose. To that high concept there can be no end save victory” (Roosevelt, 1941). As portrayed by both Roosevelt and Posner it is vivid that, in some instances, human rights are not institutionalised on a local level. However, human rights conventions provide rights to all people, regardless of their nationality, ethnicity, sex and race, which per se ensures the security and wellbeing of those nations who have adopted the Declaration of Universal Human Rights. It is noteworthy to underline how decades before 1948, a myriad of states exhibited no interest in the protection of human rights, and torture and other forms of violence were accepted practices. However, with the constant development of human rights, the absolute prohibition of torture and the adoption of the convention on refugees, a hope for a better future was shaped (Foulkes, 2016).

Another source of controversy is that human rights might be at risk. In other words, it is believed that the importance and capacity of human rights to impose protection are at stake. Al Hussain (2018) implies that human beings have a strong desire to enforce, in many instances, oppressive patterns of behaviour, and if not restricted they can snowball into violent, anarchist actions. He suggests that “what we are destroying is, quite simply, the structures that ensure our safety.” (Al Hussein, 2018). However, Max Roser (2016) counters and chastises this claim by writing that, over time, the human rights indicator has improved and currently shows positive signs that “the pattern of constant abuse found in data derived from human rights reports is not an indication of stagnating human rights practises. Instead, it projects the fact that physical integrity practises have improved over time.” (Roser, 2016). As presented above, even though the dynamics of development of human rights’ conception vary throughout the world, they have been undeniably improving. Furthermore, even non-western (hybrid and transitional) states are making positive changes in upholding the importance of human rights, which have manifested themselves in the data collected by the Oxford University (Our World in Data) human rights score. Human rights scores throughout the world have dramatically changed. For example, in 1948 South Korea’s human rights score, as exhibited in Our World in Data, was at -1,29 while in 2017 it has reached 1,23 (Fariss, 2019). The problem with weak systems of human rights protection stems from a country’s socio-economic conditions as Schnakenberg and Fariss (2016) suggest “Prosperity is correlated with better human rights protection” (Roser & Schnakenberg, 2016). Unequivocally, countries with poor economies struggle with fulfilling the wellbeing of people. Nevertheless, this has nothing to do with the role human rights play in the projection of a just and peaceful society.

In sum, the importance of human rights conventions, over a period of time, has only accentuated due to the challenges humanity has been facing, therefore it is crucially important to acknowledge the fact that the modern world, without human rights, would be simply a world of chaos. We are not seeking an imaginary fictional land, but we are picturing a world of equality and justice. The positive dynamics of the human rights score indicates that, despite all the challenges, it thrives towards equality and tolerance. Overall, it is not going to be an overstatement to anticipate that the prophecy of Eleanor Roosevelt – “This Universal Declaration of Human Rights may well become the international Magna Carta of all men everywhere.” (Roosevelt, 1948) will eventually  come true.

Roosevelt, E. (1948, December 9). Eleanor Roosevelt: Address to the United Nations General Assembly on the Adoption of the Universal Declaration of Human Rights. Retrieved December 8, 2021, from http://www.kentlaw.edu/faculty/bbrown/classes/HumanRightsSP10/CourseDocs/2EleanorRoosevelt.pdf.