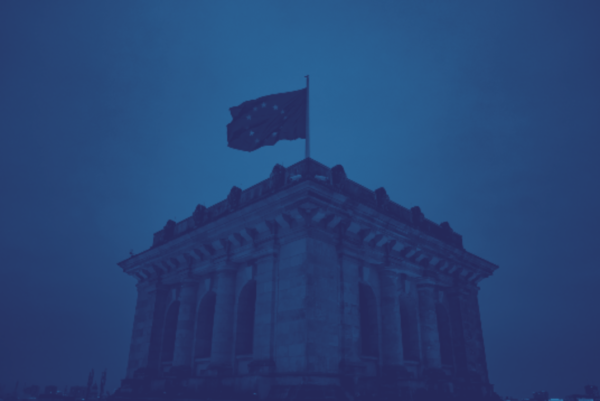 Following years of rising tensions, dead-end dialogue, and increasing Euroscepticism, the European Union (EU) has implemented a mechanism to punish those member states that cease to comply with the bloc’s core values (Official Journal of the European Union, 2020). With Poland and Hungary firmly in the crosshairs of this new tool, questions have arisen about how their relationship with the Union will continue moving forward.

However, what seems to be causing this recent controversy is not how the EU defines the rule of law, but rather when the EU is permitted to apply this mechanism in the first place. It is unsurprising that two countries in particular—Poland and Hungary—have found fault with the policy, as it seems almost tailor-made to apply to them given the wealth of democratic backsliding going on in their nations (Freedom House, 2021a, 2021b). The policy would allow the EU to suspend payments and commitments, reduce funding under existing commitments, and prohibit the target countries from entering into new commitments or agreements on loans guaranteed by the Union budget (Journal of the European Union, 2020). In short, the funds the EU spends on member states would be conditional upon those member states meeting and maintaining the bloc’s core values: lacking a commitment to the rule of law means denying your country billions in funds.

It is no coincidence that the two countries that submitted motions were Poland and Hungary, two member states that have been in conflict with the Union for several years (Erlanger, 2021; Murray, 2022). Early in 2021 they both submitted motions to the European Court of Justice (ECJ), requesting either the full annulment of the regulation or the annulment of those articles that permit the Union to act punitively against states that fail to uphold the rule of law (Court of Justice of the European Union, 2021a, 2021b). The countries’ motions were not made arbitrarily, but were rather defensive moves against what could be seen as a European threat to ensure compliance. After years of back-and-forth posturing, the Union finally has the tool it needs to either coerce the two states into abiding by the bloc’s rules or to punish them for refusing to do so, hence why the two member-states are so eager to have the mechanism nullified.

The reasons behind Poland and Hungary’s concern over this regulation is not unknown to anyone who has followed news developments in the past several years: both countries have experienced notable democratic backsliding, putting them in direct conflict with the EU and its values regarding the rule of law (Erlanger, 2021; Erlanger & Novak, 2022; Freedom House, 2021a; Journal of the European Union, 2020; Koncewicz, 2017; Murray, 2022 Official Journal of the European Union, 2012; Rule of law, n.d.). The two nations have witnessed their judiciaries be infused with political agendas, their media restricted, as well as seen their human liberties come under assault (Bogaards, 2018; Freedom House, 2021a, 2021b; Koncewicz, 2017). While condemnation from domestic and foreign actors alike never ceases, this continuous process of democratic backsliding marches onwards all the same, drawing the ire of the European Union (Erlanger, 2021; Inotai et al, 2021a; Murray, 2022).

Poland’s ‘rising star’ status among European economies makes its descent into undemocratic behaviour all the more worrisome (Fredriksson, 2019). This began with the electoral victory of the Law and Justice (PiS) party in 2015, a time most auspicious for PiS due to it coinciding with the still-present effects of the Great Recession, as well as the 2015 migrant crisis that continues to affect European politics to this day (Associated Press of Warsaw, 2015; Brugiavini & Weber, 2014; Grunstein et al, 2022). Since their rise to power, Law and Justice have continued to push a narrative of “sovereign democracy” whenever EU actors commented or attempted to get involved with the deteriorating situation in Poland (Przybylski, 2018).

The notion of Polish “sovereign democracy” was put forth by PiS as a way of countering EU involvement in domestic affairs and basing that resistance on democratic principles. In short, PiS argue that they have won the national elections and control a majority of seats in Parliament, and are therefore the unquestionable representatives of a Polish common will (Przybylski, 2018). This serves to provide the party with an air of democratic legitimacy, framing themselves as stalwart defenders of Poland against the large supranational power of the EU. Whether this framing is accurate or not is a topic of continued debate, but what is undeniable is how PiS has used this framing to legitimise their actions and place themselves above criticism (Przybylski, 2018).

Law and Justice’s undemocratic actions include subordinating the judiciary to the will of the government, marginalising opposition by restricting their role in making laws, using defamation laws to silence critics, altering the constitution, and thereby changing the rules of the political game in their favour, as well as enacting anti-LGBT legislation and maintaining anti-LGBT rhetoric in their politics (Applebaum, 2017; Davies, 2018; Erlanger, 2021; Freedom House, 2021b; Kelemen, 2017; Murray, 2022; Porowski, 2019; Sadurski, 2019a; Sadurski, 2019b). All of the above places Poland in diametric opposition to EU values regarding the rule of law and equality of all peoples (Journal of the European Union, 2012; Rule of law, n.d.).

Hungary has followed a similar path, with Viktor Orban’s Fidesz (the ruling party of the country) enacting party regulations to benefit themselves, deteriorating press freedom, creating a new constitution that limits direct democracy, and revoking the right of citizens to challenge the constitutionality of a law, among other actions (Freedom House, 2021a; Ilonszki & Várnagy, 2014; Pállinger, 2014; Sólyom, 2015). Like with Poland, the methods used by the Orban government leave no doubt as to why they are keen on seeing the EU enforcement mechanism modified—in its current state it could immediately be applied to countries like Hungary and Poland, denying them upwards of €22.6 billion (Hungary Country Profile, n.d.; Poland Country Profile, n.d.).

Effectiveness of the Regulation

The question remains whether this regulation could even be considered an effective tool in the first place to counter the growing undemocratic elements within countries like Hungary or Poland. It is impossible to deny the link between populism and nationalism as they manifest in the two nations, two forces that seemingly stand firmly rooted in Euroscepticism, as well as in growing democratic backsliding (Maileen, 2020). These ideologies and perspectives would have ample opportunity to turn the aforementioned economic sanctions into a propaganda goldmine.

While the EU regulation would certainly provide an economic incentive to turn away from undemocratic practices, it would also give governments an excuse to turn to their people and frame the EU as an aggressor—a bloated supranational power that is meddling with their sovereignty and punishing them for speaking with their own voice. These arguments would only be enhanced by the framing of “sovereign democracy” as used by PiS, allowing them to argue that they were democratically elected, and therefore the actions they take have a democratic mandate. In short, it should not matter if the EU disagrees with their actions or not, as they are themselves acting in accordance with the democracy of their nation.

The mechanism certainly has the opportunity to prevent or reverse undemocratic measures taken in member states. However, it just as easily might fan the flames of Euroscepticism in target countries, pushing voters further down the path of populist nationalism, and away from democratic principles. Arguments surrounding national sovereignty and its limits will also be at the centre of this debate, with many arguing that the EU is stepping over its bounds and infringing upon the sovereignty of its members by getting involved in their national politics.

A Shifting Relationship With the EU

The national sovereignty debate has raged for years, spearheaded by countries like Poland, Hungary, and even the already-departed United Kingdom (Przybylski, 2018; Than, 2021; Westcott, 2020). Eurosceptic movements across the Union have seemingly taken up the call for a return to 20th-century-style politics, where the nation-state was the epicentre of political activity and international affairs were mostly limited to matters of inter-state diplomacy. However, 21st-century politics is characterised by a focus on the international, as the world has globalised and become more interdependent than at any other point in history (Ghemawat & Altman, 2019). Gone are the days when the major issues facing countries did not require transnational cooperation, and those opposed to Poland and Hungary’s sovereignty rhetoric will be all too eager to bring that to attention.

In an ever more globalised world, the Overton window has shifted towards international agreements and law as the new standard in dealing with political issues. Yet ever more countries renege on binding and non-binding international agreements alike, with factors like national sovereignty cited as justification (Murray, 2022). This paints a dire picture of the future of international relations, fracturing the trust necessary between nations to pursue transnational diplomacy. For the EU in particular this is a dangerous development, as the EU itself is built upon international agreements, and the honour of member states to abide by those agreements.

It remains to be seen what the role of Poland and Hungary’s ECJ case will be in this ongoing struggle between national sovereignty and supranational politics, or more specifically between Euroscepticism and the EU. It is expected that a ruling will be given by the Court on the 16th of February, which will effectively determine if Poland and Hungary will be able to be targeted by the mechanism and denied billions of euros (Hungary Country Profile, n.d.; Poland Country Profile, n.d.). Yet, as stated previously, the use of the mechanism against the two countries itself may have questionable and potentially self-defeating consequences on part of the EU.

Only time will tell if the Union’s use of this regulation against the two member-states will have its desired effect, or if it will backfire and stoke the flames of Euroscepticism that have proven so dangerous to the EU’s sense of unity. Regardless of the ECJ’s ruling this month, the debate over the extent of national sovereignty in the EU will doubtless continue, both in the form of continued anti-democratic and nationalist rhetoric, as well as in the years-long struggle by countries like Poland and Hungary to “defend” their nations from the encroachment of a domineering European Union.

Applebaum, A. (2017, December 21). Poland is illegally dismantling its own constitution. Can the E.U. do anything?. The Washington Post, Opinion. Retrieved from https://www.washingtonpost.com/opinions/global-opinions/poland-is-illegally-dismantling-its-own-constitution-can-the-eu-do-anything/2017/12/21/cc2f2234-e66f-11e7-ab50-621fe0588340_story.html?itid=lk_inline_manual_11

Brugiavini, A., Weber, G. (2014). Longer-term Consequences of the Great Recession on the Lives of Europeans. Oxford: Oxford University Press.

Erlanger, S., Novak, B. (2022, January 4). How the E.U. Allowed Hungary to Become an Illiberal Model. The New York Times. Retrieved from https://www.nytimes.com/2022/01/03/world/europe/hungary-european-union.html

Erlanger, S. (2021, October 8). Why Is Poland Fighting the Supremacy of European Union Courts?. The New York Times. Retrieved from https://www.nytimes.com/2021/10/08/world/europe/poland-opposes-european-union-laws.html

Ghemawat, P., & Altman, S. (2019, February 6). The State of Globalization in 2019, and What It Means for Strategists. Harvard Business Review. Retrieved from https://hbr.org/2019/02/the-state-of-globalization-in-2019-and-what-it-means-for-strategists

Grunstein, J., Waldman, E., Vidwans, P., Ogunmodede, C., & Wilhelm, B. (2022, January 3). Global Migration Is Not Abating. Neither Is the Backlash Against It. World Politics Review. Retrieved from https://www.worldpoliticsreview.com/insights/28008/to-ease-the-migration-crisis-europe-and-the-world-must-address-root-causes

Koncewicz, T. (2017, July 19). Farewell to the Separation of Powers – On the Judicial Purge and the Capture in the Heart of Europe. Verfassungsblog, Blog. Retrieved from https://verfassungsblog.de/farewell-to-the-separation-of-powers-on-the-judicial-purge-and-the-capture-in-the-heart-of-europe/

Przybylski, W. (2018). Can Poland’s Backsliding Be Stopped?. Journal of Democracy, 29(3), 52–64. Retrieved from https://www.journalofdemocracy.org/articles/explaining-eastern-europe-can-polands-backsliding-be-stopped/

Sadurski, W. (2019a, May 21). I criticized Poland’s government. Now it’s trying to ruin me. The Washington Post, Opinion. Retrieved from https://www.washingtonpost.com/opinions/2019/05/21/i-criticized-polands-government-now-its-trying-ruin-me/

Than, K. (2021, November 14). Hungary will not leave EU, wants to reform it, PM Orban says. Reuters. Retrieved from https://www.reuters.com/world/europe/hungary-will-not-leave-eu-wants-reform-it-pm-orban-says-2021-11-14/

Westcott, N. (2020, November 26). Sovereignty and Brexit: Control of What Exactly?. UK in a Changing Europe, Commentary. Retrieved from https://ukandeu.ac.uk/sovereignty-and-brexit-control-of-what-exactly/