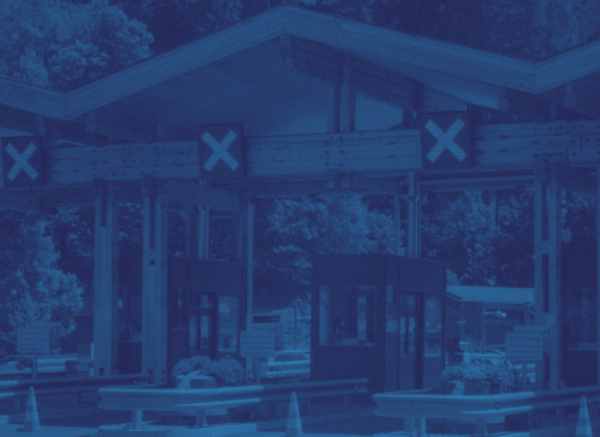 The European Union experienced the largest influx of refugees back in 2015. Although Europe has not yet recovered from the 2015 migrant crisis, new pressure is building upon the Poland-Belarus border. Notably, Poland is not the only country facing an uptick in illegal immigration. Lithuania and Latvia have experienced similar issues with illegal border crossings. A standoff between migrants and Polish border guards has become the biggest challenge to the EU’s border security in years. It appears that the crisis is provoked by the leader of Belarus over the country’s tensions with the bloc and Poland in particular (Neuman, 2021). This article aims to examine the problem bilaterally. To do so, it is important to first take a step back and assess Poland’s response to the previous migrant influx in 2015 (Karolewski & Benedikter, 2018).

Poland was known for its restrictive policies when the refugee crisis first broke down back in 2015. Whilst several member states offered large numbers of refugee asylum to help decrease the administrative pressure felt by the Southern states, countries like Poland and Hungary closed their borders to asylum seekers (Pitat& Potkanska, 2017). The NGOs working in the humanitarian assistance and integration of refugees reported that the  Polish government verbally attacked refugees and prevented asylum seekers from entering Poland to fill their asylum claims (Gozdziak& Main, 2020). The current crisis at the border of Poland has echoes in that of the 2015 crisis (Nas, 2018). However, this time, member states insist on being united when it comes to the protection of Europe’s border and irregular migration (ICMPD, 2022).

The current situation is developing dangerously for people involved. Both sides are accusing oneother of prolonging the ongoing humanitarian crisis. The Polish side claims that the crisis at the border could take months to resolve (Neuman, 2021). Unfortunately, Belarus is trying to use migrants as leverage in its increasing opposition towards the European Union, however, the situation is escalating drastically as do the cold temperatures, forcing people stuck in the forest to experience harsh conditions forced upon them by forces on both sides. Those waiting on the Polish border want to use it as a corridor to reach Germany for a better life. With the worsening of the crisis on the Polish border, Germany claimed that it is important to get the entire democratic world on board to stop irregular migration and instead support regular migration to Europe (Hinshaw& Marson, 2021).

Nevertheless, the situation is going far beyond using migrants as leverage. There have been several armed formations on both sides. There have been a number of statements by Belarus and Poland, each further supporting their own narratives. It has been argued that Belarusian forces are providing migrants with assistance in cutting the wires along the border and these claims are supported by footage all over social media (Sytas& Plucinska, 2021). Despite this being true, there are women and children also present on the border. They are not being taken care of properly, which is in breach of European and International law, despite the Polish side considering its acts legitimate (Sari& Hudson, 2021).

Both sides are claiming that migrants are the respective responsibility of their counterparts. Polish opposition openly claimed that even though Poland should not take in thousands of undocumented migrants, the government should give them a chance of entering and filling their asylum claims there (Cienski, 2021). As tensions rise along the border, it is possible that provocative actions could lead to violence. The Belarusian State Border Committee reported that some of those attempting to cross the border were injured by the Polish security forces and that Belarus was providing them with medical care. In its statement, the committee claimed that Polish security forces opened fire on the border to keep the migrants away. The main point of the committees’ statement was that there are thousands of people, including women and children, who have been lying on the ground in freezing temperatures for days now, and they are in serious need of food, water, and medicine (Hinshaw& Marson, 2021).

The crisis seems to be a result of the sanction packs against Belarus’ leader Alexander Lukashenko for forcibly diverting a passenger plane back in May and the subsequent arrest of opposition journalist Roman Protasevich (Cienski, 2021). As a reaction to these sanctions, Lukashenko responded by announcing that Belarus would stop trying to prevent undocumented migrants from reaching the EU, arguing that the bloc’s sanctions deprived the government of the funds needed for this (Sipahioglu, 2021). The crisis is taking an urgent tone since the Polish and Lithuanian governments have declared a state of emergency and the European Union is accusing Belarus’s leadership of flying migrants into the country and forcing them to the border. The response of the EU has been introducing yet another sanction pack against the government in Belarus which is not punishing the regime but harming the Belarusian people instead. Instead of taking care of the migrant crisis in line with European and International law, the EU has chosen a path of deciding which airline to sanction next.

Despite some recent developments like the movement of migrants from the forest to a warehouse in Belarus, the situation remains delicate. It is still unknown what will happen to thousands of migrants who left their homes in search of a better life. In spite of all differences and unwillingness of the EU to speak with Belarus directly, it is necessary for the sake of people who are left alone in harsh conditions that immediate action be taken by the EU. However, as was the case in 2015, the EU has not been successful in taking a united stance against the large influx of migrants on its territories. The situation with Poland today clearly illustrates that the Common European Asylum System remains problematic even after only 6 years ago Europe faced its worst ‘migration crisis’ (Karolewski& Benedikter, 2018). As such, until Europe learns from its own mistakes, it is deemed to repeat them again, this time at the Polish border.

ICMPD. (2022). Migration Outlook 2022: Twelve migration issues to look out for in 2022. Origins, key events and priorities for Europe.

Pitat, A.& Potkanska, D. (2017). Local responses to the refugee crisis in Poland. Reception and integration. Institute of Public Affairs.

Sari, A.& Hudson, B. (2021). Stirring Trouble at the Border: Is Belarus in Violation of International Law? https://www.justsecurity.org/79291/stirring-trouble-at-the-border-is-belarus-in-violation-of-international-law-part-2/.