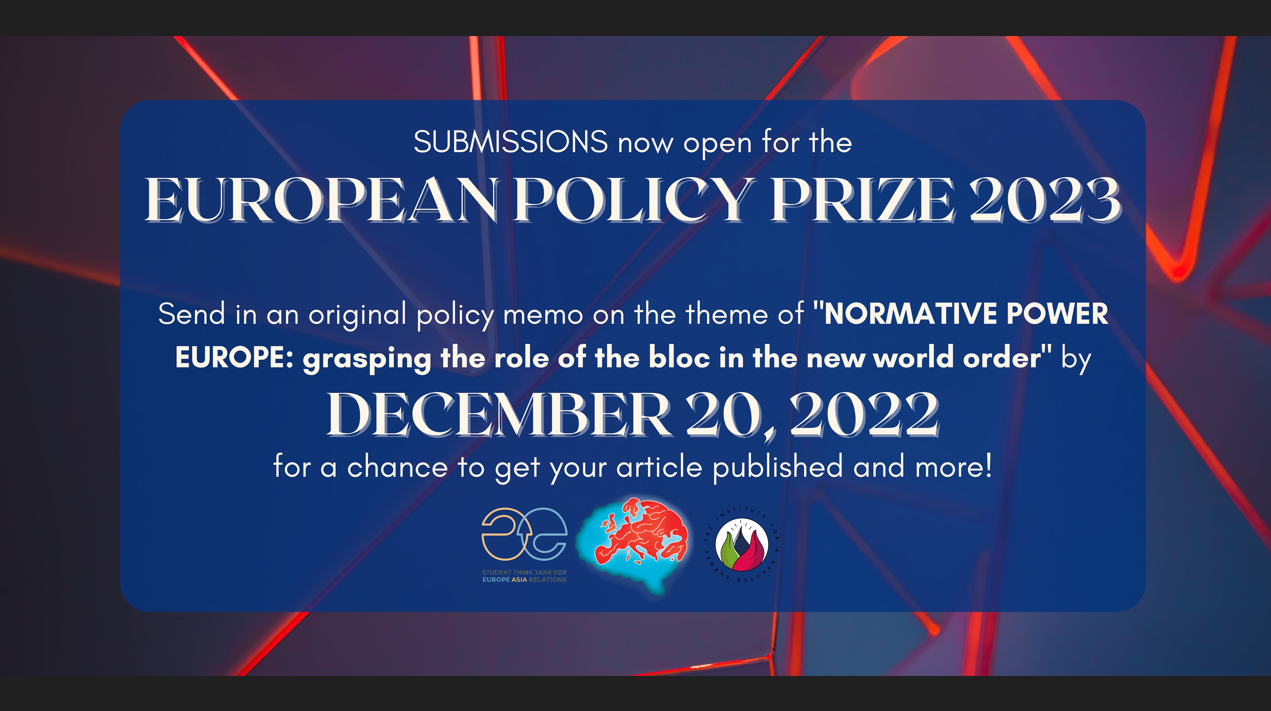 The current idea of Europe as a “normative power” is part of a pursuit to identify the bloc’s degree of power in present times. Europe is regarded as a power which can influence international relations by setting a new standard of rules. The rules adopted through an unilateral regulatory globalisation (the “Brussels effect”) occur through market mechanisms, the traditional power foundational tool of the EU. This effect means that the EU can enact laws both within its territory and extraterritorially.  This leads to the “Europeanisation” of global commerce.

Given present predicaments, the following question looms over European political discourse: can the EU as an institution remain influential in times affected by both the aftermath of a global pandemic and the Ukraine invasion?

Current times increasingly see a rise in uncertainty for policymakers and world leaders, pushing them to re-think governance strategies for the road ahead.

With this in mind, the European Student Think Tank in partnership with the Institute for Greater Europe (IGE), and the Student Think Tank for Europe-Asia Relations (STEAR), is delighted to open submissions to the European Policy Prize 2023, designed to give students a chance to envision real policy solutions and have conversations with those who decide and dictate European policy.

Our theme for this year is “Normative Power Europe: grasping the role of the bloc in the new global order”.

We are inviting students and recent graduates to produce a policy memo of 1,500–2,500 words in English answering one of the following questions:

The following are our judges who are supported by the EST Editorial Office (click on their names for more information about them):

Policy memos will be judged on originality, creativity, fluency of thought, and clarity of their arguments. Three winners will be selected, one for each of the questions. Each will have their article published in the EST’s journal “European Policy Review”. However, from the three winners one primary winner will be selected, who will receive the prizes listed below.

The winner of the competition will receive the following prizes:

The deadline for submissions to the competition is the 20th of December.

All memos should be:

ALL ENTRIES NEED TO BE SUBMITTED VIA THE FORM:

We wish you the very best of luck, and look forward to reading your submissions!