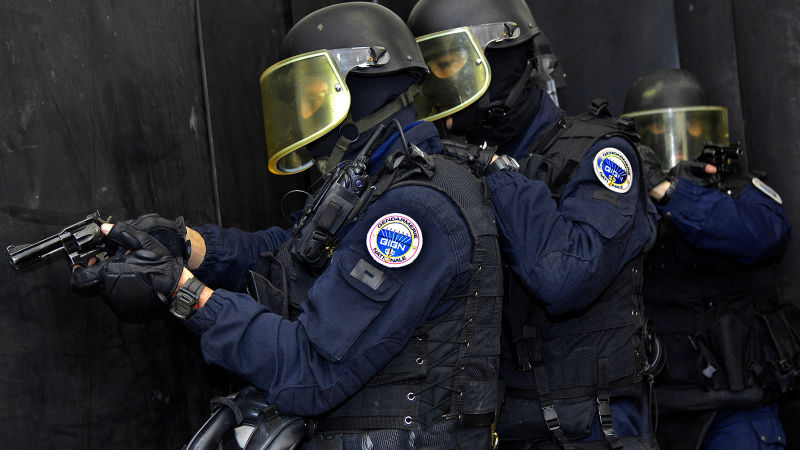 Today, terrorism represents one of the main threats for liberal-democracies. In the academia there is no unique definition of terrorism; however, I will use the following definition by Sandler and Enders for the scope of this article:

Terrorism is the premeditated use or threat to use violence by individuals or subnational groups against noncombatants to obtain political or social objectives through the intimidation of a large audience, beyond that of the immediate victims (Sandler and Enders 2007, 288).

After 9/11 George W. Bush proclaimed “war on terror” (Bush 2001) and since then terrorism has been in the spotlight. In my opinion, there are two main reasons why democracies are so afraid of terrorism. First, an impression is made that an attack can occur anywhere and at any time, which increases the fear among the population. Second, leaders in democracies who are not able to deal with terrorism or to prevent terrorist attacks from occurring may be held accountable by the people. This idea goes along the lines that there is a specific responsiveness in a democracy (Sajó 2006, 2264).

Terrorist attacks can be seen as costly signals, which are supposed to enable the terrorists to attract a wide audience (Kydd and Walter 2006, 50). I argue that the nature of liberal-democracies enables terrorists to achieve this goal. Elements such as freedom of media, plurality of media and freedom of expression provide a suitable ground for terrorists to inspire fear more easily. The attackers know that just moments after their attack people will get informed about it by the extensive media coverage. This coverage may even last for very long periods of time, which additionally inspires and increases ‘uneasiness’ and panic among the people. The coverage after the Paris attack is one of the best examples of such a process. By such a coverage, an impression is made that terrorists are constantly present and that they are about to strike at any moment; which is exactly what terrorists want.

Kahneman analyzed well the impact of media on people’s psychological behavior: “extremely vivid image[s] of death and damage resulting from terrorist attacks are reinforced by media attention and frequent conversation, leaving us with highly accessible memories of such events” (cited in Shawer 2015). Thatcher realized how damaging the media can be regarding this issue; therefore, she proposed to starve terrorists of the ‘oxygen of publicity’, by limiting the media coverage of such events (cited in Munnich 2013).

Since the timing and location of the terrorist attacks are unpredictable, anyone can be a potential target. The amassed fear leads people to believe that they should arm their democracy to protect them themselves from such a threat. This is how fear is spread, which leads to a situation where people grant more executive power to the government, in order to enable it to provide security to the people, even at the cost of surrendering certain freedoms and rights.

In order to prevent terrorist attacks from occurring, a counter-terrorist democracy is exactly curtailing those liberal fundamental principles which were previously listed. This process also has inevitable spillover effects, which means that their solution to fight terrorism will eventually affect other areas of society as well (Sajó 2006, 2262). The following question can be posed: “How far should a democratic regime go in order to protect itself, without destroying its own democratic nature?” (Podunavac 2013, 70) This is one of the main questions that a democracy has to ask itself. By proclaiming the ‘war on terrorism’, they end up being in a constant state of war; therefore, an open door is left for manipulation and detoriaton of democracy.

I argue that a counter-terrorist state is very dangerous for liberties and I present three main reasons: the lack of judicial control, durability of anti-terrorist measures and the higher amount of potential enemies. First, the judicial control is mostly absent in counter-terrorist states (Beširović 2013, 16). That means the power of the executive branch increases. As an example we can look at G.W. Bush, who proposed the infamous Patriot Act, introduced Homeland Security, enhanced National Security Agency, and formed the Guantanamo Bay Prison. All of the listed institutions are known to substantially limit liberties.

Second, counter-terrorist measures are continuous and durable. In the case of a counter-terrorist state, the measures which are taken can stay in power for decades. Again, the Patriot Act is a good example of how a program which limits people’s freedom can remain in power for more than a decade. In such a situation, measures are constantly crossing thresholds and that kind of overstepping becomes a routine (Sajó 2006, 2266). Even with such measures taken, the threat of terrorism is far from gone.

The measures are based on massive data collection and other related restrictions of movement, assembly, etc. Such measures affect everyone in the society…all citizens are treated as being, at least to a small extent, potential terrorist. The right to travel, privacy, and property of all citizens are affected (Sajó 2006, 2270).

That is why there is a constant process of dehumanization of all people in the counter-terrorist state. Those three listed reasons show how anti-terrorist measures can be a big threat to liberal-democratic fundamental values.

France is taken as an example of how a prosperous democratic country is increasingly giving up its liberties due to fear; and therefore, fits perfectly with the three reasons on why anti-terrorist measures endanger democracy so much. The biggest attack in France and in Europe as a whole was committed in November 2015 where 150 people were killed and countless more were injured. In his response, the French President Hollande labeled the terrorist attack similarly to Bush as an ‘act of war’ (The New York Times 2015). Following Bush’s footsteps, Hollande has created a “French Patriot Act” (Nossel 2016). The following shows how fundamental liberal rights of the people are being diminished:

The French case is an excellent example of how a counter-terrorist state functions. I have previously mentioned some crucial elements of such a state. First, based on the previous quote, we can see that judiciary plays no role in deciding whether liberties should be limited. At the same time, the executive branch gets an increasing extension of its powers.

Second, right after the Paris attacks occurred, there was a high emotionalism in the atmosphere that enabled the government to impose a ‘state of emergency’; which was initially intended to be only 12 days long (The New York Times 2015). However, it has been extended until February, and then again until May 2016 and it probably will not end then. Even the UN criticized this prolonging of anti-democratic measures (France24 2016). Third, all of the terrorists who have committed the Paris attacks have been EU citizens, coming from France and Belgium (Traynor 2015). Here the ‘enemies’ were internal having the support of the external enemies, in this case of the Islamic State.

In short, we can see that even the ‘democratic paradox’ exists in this case. Seven out of 10 people supported the government extending the state of emergency until May (France24 2016). However, I wish to note that France is not the only democracy who is in the process of disfigurement. The following summarizes well the “security panic” in Europe:

In the 15 months since the Charlie Hebdo attack and, more recently, in the wake of the November terrorist attacks in Paris, free speech in Europe has been hit from all sides…The U.K. is debating a far-reaching surveillance bill, widely known by its nickname, the “Snoopers’ Charter,” that will cement the legal foundation for practices including breaking into digital devices and mass searches of internet records. Spain has prosecuted allegedly subversive puppeteers, and Germany has extracted commitments from social media companies to summarily expunge anything that smacks of hate speech (Nossel 2016).

We are witnessing a time where major changes are happening in liberal-democracies. Fear of terrorism is becoming universal and it is already affecting policies of many countries. The liberties which make the West stand out are actually being sacrificed due to a disproportionate threat. By paraphrasing Marx, I may add that a specter is haunting Europe – the specter of terrorism.

As the battle with terrorism intensifies, the future of a liberal-democracy does not seem bright. France is only the latest example of how a liberal-democracy can drastically change in a very short period of time. It shows us that securing liberties is a never-ending job and how it can always be challenged by new threats. Unfortunately, similar attacks will occur in other democracies; which is why democracy will continue facing a big test in the times that come. Due to terrorism the idea of democratic regime is changing and evolving into a counter-terrorist state, where limitations of freedom become a part of everyday life and a legitimate necessity. The big danger of counter-terrorist state is well summarized by the following statement said by Amnesty International’s director for Europe and Central Asia John Dalhuisen.: “Time and again we have seen emergency measures extended and codified until they become part and parcel of the ordinary law, chipping steadily away at human rights” (cited in Griffin 2015).

Terrorism is a technique of the weak, who wish to portray themselves as omnipotent. In reality, chances of a person dying from a terrorist attack are minimal and insignificant: “[y]ou’re more likely to be crushed by furniture than killed by a terrorist” (Shawer 2015). Terrorists win if a democracy sacrifices its foundations. Liberal-democracy is in danger, and people should not surrender to fear, since that is exactly what terrorists want.