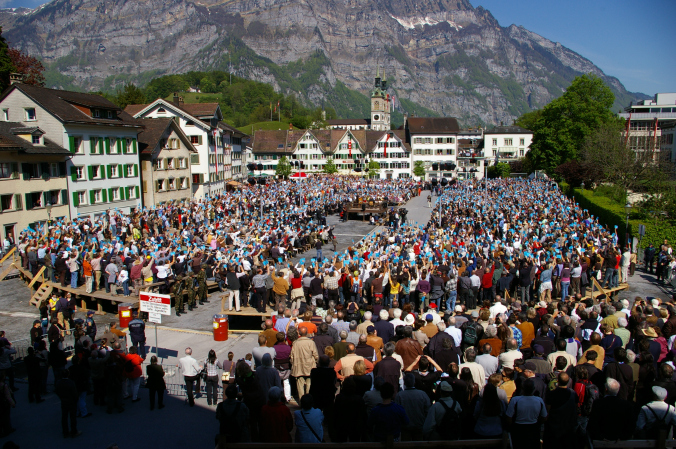 The term “democracy” comprises a wide array of variations of its use. Ranging from religious to representative democracies, a direct democracy is one that comes closest to the most precise definition of the term, literally being: “the rule of the people”. In such a democracy the nation’s population has a considerable power over its own political self-determination, predominantly due to its active and unfluctuating participation in the legislative process.

The origin of democracy lies in Ancient Greece, where male citizens, law courts and the assembly gathered to determine their political system directly and pass laws based on general consensus. Indeed, the Athenian democracy was not all-inclusive as women and slaves were not allowed to vote. Nonetheless, this form of democracy is renowned for its efficacy in fairly governing aspects of daily life at the time to this day, but mostly because it allowed the Greek society to decide its fate.

Nowadays, most modern democracies heavily derive from this model, except perhaps Switzerland’s political system. Two of Switzerland’s cantons, Glarus and Appenzell-Innerrhoden emulate the Athenian democracy entirely. While Swiss citizens from other cantons have a large portion of power over their country’s politics, which represents a defining feature of a direct democracy, Switzerland is often referred to as a semi-direct democracy because it still instills elements of a representative one. Nevertheless, what distinguishes the Swiss political system is that its people have more power than in a representative democracy. This system has been in place since 1291, the year the Old Swiss Confederacy was founded. Switzerland’s position as an outlier was further accentuated in the European continent ever since, as some European countries are still governed by monarchies.

Much has changed in the Swiss constitution since 1291. It was entirely revised in 1874 and introduced the “right of initiative” a decade later, yet the political stability remains intact, highlighting its notorious legislation safeguarding it. In fact, each federal law undergoes a methodic process. First the federal administration prepares a draft which is then published and discussed by NGOs, cantonal governments or political parties. Then, the draft is debated in the federal parliament by the two chambers, first separately and then together. Afterwards, if 50 000 signatures are found to demand a referendum, it is held. The referendum is passed if the national electorate reaches a majority opposing or favoring the referendum in question.

As succinct as this system is, most countries around the world apply a representative democracy where citizens elect representatives who decide on their behalf. Although this type of democracy is less direct it still fulfills the fundamental purpose of giving the power to the people to determine the fate of their society.

Recently however, the American public has questioned its representative democracy mediated by the Electoral College, following its controversial election; this being a result of dissatisfaction and disillusionment with the ensuing president-elect. Notwithstanding, the choice was made. This shows that, regardless of the result, a representative democracy is often more polemic due to the fact that an intermediate body obtains substantial power and could be more inclined to maneuver a people’s voice. Hence, a direct democracy is inherently less prone to being subject of suspicion or mistrust from its people, in part, because popular suffrage is unmediated.

What makes the Swiss democracy better functioning is its system of federalism. Of course, federalism is not only applied in Switzerland, as the United States, Canada or Germany also utilize this combined form of government. Moreover, the European Union could be identified as a contemporary example of federalism, featuring a union of states to visualize this political system on a broader scope. This entails that all EU members’ governments share power with a “national government”, embodied by the European Parliament. Although a contentious topic, this form of governing can indeed be praised as it adjusts laws to fit the new realities of a population rather than a centralized and disconnected government deciding on a population’s behalf. Yet, it is the amalgam of a federal government completed with cantonal governments and the essential popular suffrage that allows for such political stability and legislative efficacy in Switzerland.

Amanda Wegener is a 19-year old student to-be at the HSG university in Switzerland. She is currently taking a gap year to acquire valuable work experience before obtaining an LLB in Law and Economics. She possesses 3 nationalities and has lived in 5 countries allowing her to have been keenly observant of each country’s politics and diplomacy at an international level.