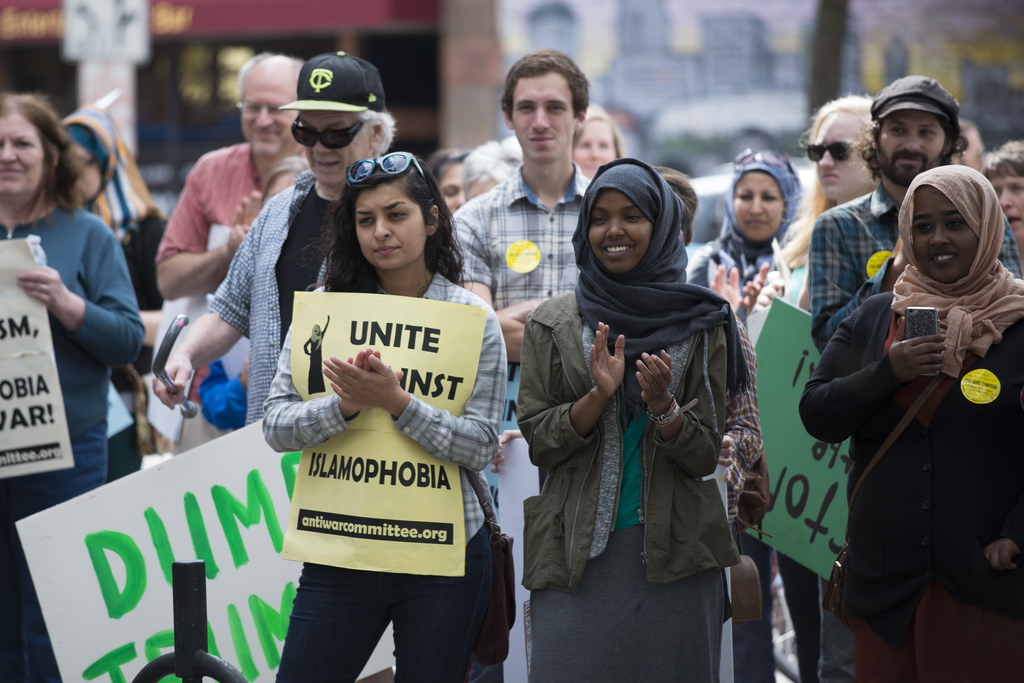 Brexit. Islamophobia. Nationalism. The rise of the far-right. In light of these divisive current trends we often forget that the European Union is more than just the sum of its parts, more than a mere borderless trade area of convent proximity that yields material benefits for its members. What connects Europeans is a sense of shared values, a basic European identity. In my case, the first time I felt ‘European’ was during my time in the United States three years ago. Whenever I engaged in discussions with Americans about politics, I found myself advocating our European values rather than referring to a German way of thinking: I would boast about how we Europeans think the state has social responsibilities towards its citizens or that the only debate about environmentalism was on how to implement it. Most importantly, I would gush about the inclusive mindset of Europeans and the inherent respect for ethnic or religious minorities.

Or at least that is what I thought to be the case at the time. Turns out that though supported in theory, particularly the latter example does not find its application in practice as much as I had hoped. We all know from experience that native-born European (great-)grandchildren to Turkish migrants may very well have a de jure European citizenship but are usually permanently de facto labelled as migrants, not Europeans.

Setting aside the gruesome legacies of the EU – i.e. colonialism, orientalism and transatlantic slavery in European history and the consequent moral obligation to rectify past mistakes – having a more de facto inclusive European identity is of great importance as it allows us to extend our solidarity and instill a feeling of belonging to all European citizens.

Together with recent negative sentiments towards the increasing number of refugees in the EU, the EST’s IdentifyEUrope campaign is more important than ever. It is up to us to shape the future so let’s get going!

By Cindy Langer, Editor in Chief of the European Student Think Tank – EST Board of 2017-18.