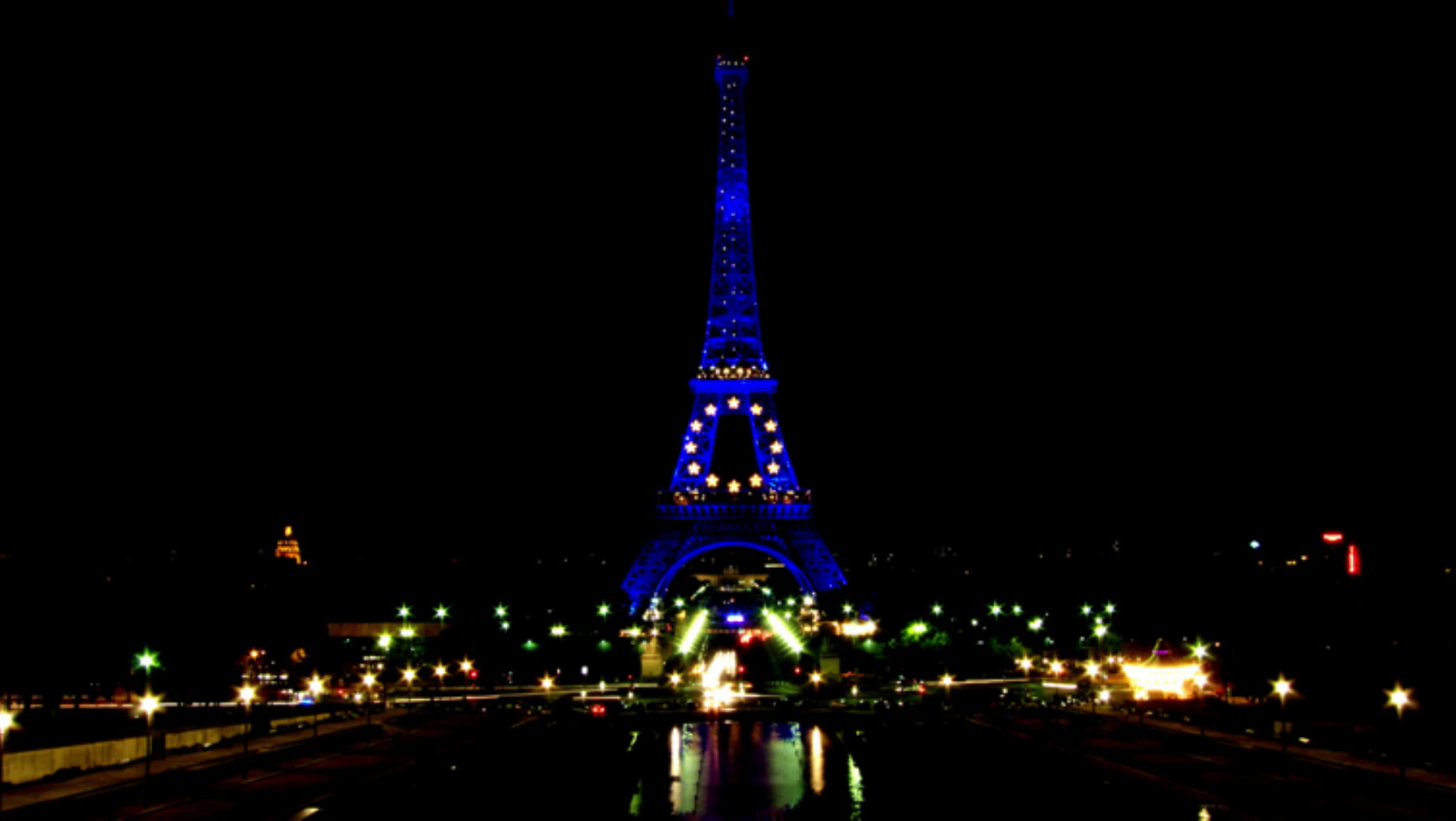 There are but two powers in the word, the sword and the mind. In the long run, the sword is always beaten by the mind.

Does Napoleon imply that the strength of the mind could prove more efficient than the sheer might? While this belligerent metaphor was first used more than a century before the creation of the European Union, its relevance is not diminished when one acknowledges that the Union represents a successful peace project, as the power of minds has replaced both centuries of bilateral quarrels and two world wars. The European Union has sought security through development and the attraction of its governance model, based on the promotion of democracy, common policies, and human rights. In other words, it ensures regional stability through seduction and diplomacy.

In today’s context, power in international relations depends less on military strength than it did during the Westphalian Order and up to the end of the Second World War. Joseph Nye sees soft power as an addition to hard power, as the complex nature of post-industrial societies makes reliance on military power less efficient. According to him, one state’s soft power (or cultural, normative power) stems from its capacity to set the international agenda and obtain from other powers their support (Nye, 2004).

It must also be noted that the EU does not possess its own army. After the failure of the 1954 European Community of Defence Treaty, military coercion is ensured by member states through the Common Security and Defence Policy ratified in 2007 Treaty of Lisbon, explaining its interdependence with the USA notably within NATO.

Soft power co-opts rather than coerces (Forsberg, 2013). Relating this concept to wider international relations theory, liberals and constructivists have analysed the efficiency of persuasion through ideas and norms (such as democracy, freedom of speech, etc.), rather than military threat. This concept can be illustrated by the European Union’s ability to shape discourses (Manners, 2001), specifically relating to the European Neighbourhood and Enlargement Policy, as the EU has sought since the 2000’s to build a ”circle of allies”, guaranteeing European security.

What does that soft power translate into?

With 28 member states, over 500 million citizens, and a cultural output representing a formidable vehicle for the projection of a European model, the EU’s enlargement policy has been conducted without coercion or intimidation (through military pressure for instance). Indeed, from the beginning of the Soviet Union’s collapse, the attractiveness of the European model spurred a new generation of Eastern European leaders to pursue economic growth and individual freedoms through democratic means.

With each new country that joined the European Union, its sphere of peace and stability grew, particularly following the 1993 Copenhagen Directives (seeking  stable market economy, democratic regime and to regain the acquis communautaire). This proved to be a powerful incentive for many countries to open accession negotiations. This is especially evident in the Western Balkans, where European perspective has already contributed to enhance stability in the region’s conflict areas.

Furthermore, the EU manages to influence governance in  countries seeking candidacy for membership. (Tuomioja, 2009). Constructing an European identity requires institutional efforts at the domestic level in order to create a regional dynamic . Even though tactical and economic considerations are present within potential member states, yet, acknowledgement of European values is indubitable. Henceforth, the European enlargement policy is currently the most efficient foreign policy in a landscape that no longer depends upon hard power only, as it allows the EU to substantially influence its neighbours’ behaviour and governance without the use of force (Gaillard, 2013).

Business and diplomacy at the service of cultural power

European economic co-optation is acquired thanks the strength of the single market. With more than 500 million consumers, the EU can export its social norms beyond its borders. This commercial weight provides negotiating power to the EU. Indeed, the European Commission could sanction Microsoft for the abuse of a dominant position. A recent example of this was in 2000, when the Commission prevented a merger between General Electric and Honeywell that would have stopped both companies’ right to access the European Market. The merger would have created “a dominant position” (European Commission, 2001) in the European Aerospatial Market and the Commission forbade the merge despite the approval of the American Court of Justice. Every company must therefore (in principle, not all companies do) respect European rules to have access to the market. During negotiation rounds, member states contribute largely to European soft power as illustrated below.

In 1983, the United-States were willing to apply rules of competition to the GATT ‘Culture’ Agreement (banning contingents of national works of art). French and European Commercial Policy was directed at preventing those rules from being enforced, a show of solidarity resulting in a “cultural exception” (Gaillard, 2013). More recently, the Transatlantic Trade and Investment Partnership (TTIP) links business and cultural diplomacy, subject to the Trump Administration reopening talks. Presented as a means to stimulate both American and European economies, TTIP can be considered ‘geopolitical rapprochement’. Superseding military cooperation through NATO, TTIP highlights a reinforcement of not only economic but also de-facto cultural and diplomatic exchanges (such as dialogue, states’ cultural autonomy, and so on). Therefore, European soft power demonstrates the Union’s willingness to impose its political agenda on its American partners.

In this context, Lambert’s definition of TTIP as “transatlantic smart power” (a combination between Washington’s hard power and Brussels’ soft power to maintain the balance of power with the China-Eurasia axis) is particularly relevant. As western democracies represent similar values and ideologies, this rapprochement could be founded on a common history inherited from the colonial period to the fall of the USSR (Lambert, 2015). The TTIP could therefore, should negotiations start again, be the starting point of a new transatlantic geopolitical sphere of influence.

Thirdly, speeches given at international submits are the perfect occasion for European diplomacies to embrace soft power. For instance, during the 2003 United-Nations discussion on military intervention in Iraq, French opposition to the United-States was based on human rights issues. At the Security Council, the French and German tandem went to great extremes to avoid European intervention, as Dominique de Villepin expressed in a speech to the General Assembly. Here, seduction and co-optation operated in unison.

Finally, it is interesting to analyse how European attractiveness is reinforced by the objective of member states’ to define an exemplary line of  policy conduct towards “Southern countries”. Using the argument of moral responsibility to support its soft power, Lomé (1975) and Cotonou (2000) highlight cooperative measure set between the EU and Africa, Caribbean and the Pacific to provide financial support.

Arguably, cultural seduction through norms and by example will be an important source of soft power in the future, as long as Europe continues to speak with a single voice. It is clear that the EU fascinates despite the criticisms it is subject to. The emergence of sui generis soft power through a single common policy appears to be a challenge for European institutions to coordinate. However, “normative power”, as described by Zaki Laïdi (Norms over Power, 2008), first initiated by member states and now asserted by the EU itself, remains a crucial factor in understanding the place of the EU in the international balance of power.

Next up: Future articles will examine the EU’s ability to preserve its soft power capabilities despite the debt crisis undermining the Euro since 2010.

As this impacts the image of its integration model, sweeping confidence inspired by the Euro from financial markets, it is certain that European soft power will suffer from a weaker negotiating position.

Alexander has a Bachelor’s degree in International Relations from the ILERI Paris and is currently following a Master’s degree in Diplomacy and Foreign Policy with a specialization on European Affairs at the City, University of London. During his master’s degree, he is focussing on European Foreign Policy and the repercussions of what he assumes to be the biggest challenge of his generation, Brexit. Fluent in French, English and Spanish, he built his knowledge on European regulatory systems through associations and by working for a Spanish NGO as an intern, and hopes to pursue a career in European think-tanks.