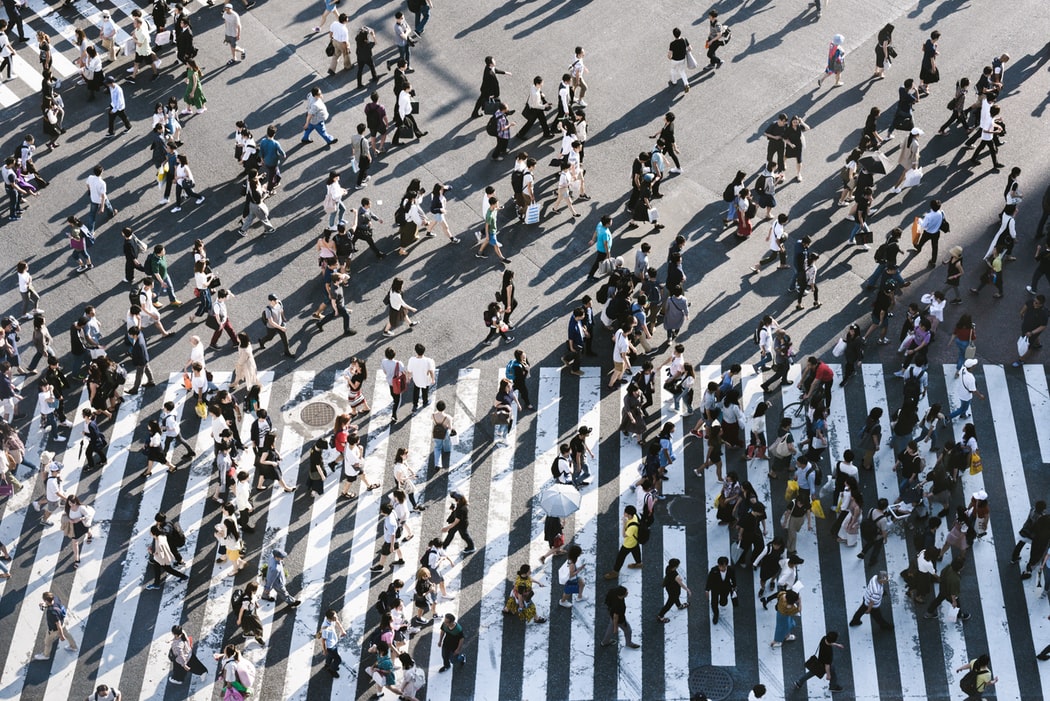 In my first article written for EST, I briefly tried to explain why international relations as a discipline can help provide an explanation as to why the phenomenon of migration -movement of people par excellence– has historically been lagging behind what I called its siblings, the movements of goods and services.

At a time when words seem to matter more than deeds, and opinions more than facts, however, a correct analysis of the impact of migration on today’s societies cannot overlook the economic repercussions the inflows and outflows of people have both on the hosting and origin countries, respectively. Looking at the phenomenon of migration from an economic angle is indeed of utmost importance to debunk some of the myths related to its supposed negative effects.

Migration’s staunchest critics raise two main points to justify their skepticism. The first one relates to how immigration negatively affects the hosting societies’ economies, taking jobs away from the local population and putting downward pressure on wages (Hoban, 2017). The second one points to the phenomenon of “brain drain”, stressing the negative consequences caused by the emigration of skilled people from their countries of origin (The Economist, 2017). This article attempts to analyze the extent to which these criticisms, particularly recurrent nowadays, hold ground.

Economy and society, risks and opportunities

Contrary to what is argued by several critics, mass migratory movements actually have a balancing, stimulating effect on the host country’s economy: low-skilled foreign workers often end up taking jobs that are considered less desirable by the local population (Felbab-Brown, 2017). This act of meeting crucial gaps in the workforce not only decreases the price of labor-intensive services, but virtually contributes to releasing skilled workers into the labor market, “producing a net economic stimulus” (Goldin, 2011, p. 350). This economic boost is mostly evident in the hosting country, in the long-term.

In the long-term, indeed, when capital can move freely across sectors and industries, migration has been shown to have no particularly negative impact on wages, whereas it ends up benefitting the labor-intensive industry which will see its output increase, as per the Rybczynski Theorem which underlines how economies tend to adjust their rate of production (output) to the changes taking place in the quantity of input (traditionally, capital and labor) available on the market at any given historical time (Suranovic, 2004, Chapter 60-3). Moreover, a recent study of OECD countries found that a rise in migration inflows is oftentimes coupled by an increase in total employment as well as GDP growth (Ortega and Peri, 2009).

From a rather different viewpoint, migration can further positively impact a wide range of hosting societies by providing a boost to countries experiencing a net demographic decline, as is the case in several developed Western European countries, from Italy to Spain and France, which will soon be in dire need of a boost in their ageing labor force (Borsa, 2018). Another aspect worth mentioning is the very flexible and diversified nature of the migrant workforce, which not only contributes to “speeding up adjustment to changing employment conditions” and “softening the cost of structural change on the native population”, but ultimately fosters innovation and growth, as the case of the United States’ Silicon Valley clearly proves: “more than a quarter of all global patent applications from the United States are filed by migrants, although they are only about 12 percent of the population” (Goldin, 2011, p. 358).

A more complicated challenge arises for the countries of origin. Neo-classical economic theory would claim that mass emigration of workers from specific industrial sectors can potentially be beneficial in the short-term insofar as the loss experienced in the labor force should increase the marginal productivity of the people left working in the country’s specific sector (Boundless Economics). This, on paper, should lead to an increase in their wages, even though reality has often seemed to suggest otherwise (Mankiw, 2006): in a modern society, workers’ salaries are not adjusted to match their productivity (Sumner, 2018).

It should therefore come as no surprise that migration, if properly managed, can prove to be a social security cushion as well as an economic restorative agent rather than a source of tensions and complications. The point of contention, however, lies in the fact that, while its benefits are diffuse and therefore often invisible to the many, the costs of migration are highly localized and oftentimes felt through wage pressures in certain low-skilled sectors, with local fiscal burdens and social pressures circumscribed to communities experiencing sudden influxes of foreign labor.

All in all, the socio-economic costs and potential risks associated with migration seem to be twofold: the short-term fall in wages in the receiving countries caused by the increased demand for labor and therefore by the increasingly fierce competition for non-complementary jobs, and the “brain drain” caused by the loss of highly skilled individuals in the country of origin. These challenges are further exacerbated by a non-negligible political aspect: all too often, refugees and migrants become tools used by politicians to divert the attention of the electorate from more pressing matters, involuntary channeling the fear and frustration of the population. These are essential elements which help explain why immigration quickly surged to becoming one of the defining topics in any election worldwide.

First and foremost, for what concerns the fall in wages, it is necessary to stress that “the impact of migrants on wages is influenced by whether or not they are complementary to native workers […] when migrants specialize in jobs that would not otherwise have been created or filled, their work is beneficial for everyone” (Goldin, 2011, emphasis added). At the European level, the treaty of Dublin – entrusting the countries of first arrival with the registration of immigrants arriving in their soil- does not leave much room for complementarity. For this reason, not only should Dublin be set aside, but a mechanism of mandatory European relocation based on quotas should be officialized and implemented. To do so, it is necessary to start by acknowledging a principle which was only officially enshrined last week but which should have been present from the very onset of the EU experience: whoever reaches Greek, Hungarian, Spanish or Italian soil reaches the European Union first and foremost, and his/her application will be processed at the European level (Legorano, 2019). Notwithstanding the utterly symbolic nature of the agreement recently reached by Italy, France, Germany and Malta, the recognition of the above-mentioned principle is the condition sine qua non talking about a European quota relocation mechanism would have been utopian.

Looking ahead, however, it is my conviction that a successful European migration policy will have to turn to the “preventive” allocation of the migrants and refugees across the EU rather than limiting itself to retroactively relocating them. A concrete solution to this issue could be found by using the technology at our disposal to identify and match the migrants and refugees’ skills with the different needs of the host countries. These preference matching systems would be similar to already existing apps where people’s profiles are visible with their skills and past experiences; their online profiles would be created in assessment centers jointly managed by regional and international agencies located at the major global points of transit, from Turkey, Morocco and Bangladesh to Lampedusa, Malta and Lesbos. The overarching goal of this preference matching system, as per its name, would be to reorganize asylum procedures in order to ensure asylum seekers would be sent to a destination where their skills, linguistic and cultural affinities are most needed as well as valued. The positive effects of such a system would be multiple: overcoming the anachronistic system of Dublin by carrying out a thorough harmonization of the myriad of different asylum systems currently in place, minimizing secondary movements, allowing for the implementation of a mechanism able to allocate foreign labor where it is complementary, and not an alternative to, the local workforce; regulating the influx of people, asphyxiating the business of smugglers. On the other hand, however, such a proposal would definitely face several obstacles: the acceptance of all European countries, especially the most skeptical ones, to be part of this preference matching system, and the profiling such a system would entail, raising concerns about possible infractions on the immigrants’ privacy. However feasible this specific project might be, the application of technology to migration and the role it might have in regulating inflows and outflows of people could prove decisive in the near future.

Another crucial issue, the one regarding brain drain, requires a different, broader approach that does not excessively penalize countries that are passively witnessing the exodus of their brightest talents abroad. A first possible solution to this problem cannot overlook the importance of remittances: despite the seemingly irregular nature and negligible amount of money emigrated nationals send back to their families in their country of origin (The World Bank, 2018), cases such as Lebanon prove how critical remittances might be for an economy, “exceeding one fifth of Lebanon’s nominal GDP and surpassing financial inflows from both exports of goods and services and foreign direct investments over the past decade” (Awdeh, 2014).

Tackling the brain drain dilemma, however, necessarily implies regulating remittances, institutionalizing their role so as to allow receiving societies to benefit from them and re-invest a fraction of the money into the economy. One plausible solution could be therefore to tax remittances, knowing that some incentives would have to be given to persuade the receiving families. Notwithstanding the validity of this option, an effective way of tackling such a long-term issue implies taking a long-term approach, highlighting the urgent need for a system which makes voluntary return to the refugees’ homelands a concrete possibility and not a fantasy, allowing for the circulation of skills, networks and know-how from countries of destination to countries of origin.

Working towards facilitating the voluntary return of migrants to their countries of origin is all but something achievable in the blink of an eye. It is for this very reason that the greatest efforts in the global governance of migration should be actually made in the short-term, targeting reaction rather than prevention, focusing on the international community’s ability to successfully host and integrate incoming migrants and refugees rather than on its ability to thwart mass migratory movements in the first place.

Despite the increasing number of critical voices surprisingly detached from facts, economics contributes to normalize an otherwise poisoned debate with its language of figures and trends. The message is unequivocal: to ripen the many benefits of migration, we need to drastically improve our management of it. For we Europeans, in the near future, will need it more than what we might think now.

Awdeh, A. (2014, November). Remittances to Lebanon: Economic Impact and the Role of Banks. ESCWA publications. Retrieved from https://www.researchgate.net/publication/319352390_Remittances_to_Lebanon_Economic_Impact_and_the_Role_of_Banks

Borsa, G. (2018, July 13). “Population: Declining Birth Rates in Europe. A New “Iron Curtain” Divides the North from the South of the Continent”. AgenSIR. Retrieved from https://agensir.it/europa/2018/07/11/population-declining-birth-rates-in-europe-a-new-iron-curtain-divides-the-north-from-the-south-of-the-continent/.

Felbab-Brown, V. (2017, September 15). “The Wall: The real costs of a barrier between the United States and Mexico”. Retrieved from https://www.brookings.edu/essay/the-wall-the-real-costs-of-a-barrier-between-the-united-states-and-mexico

Goldin, I; Cameron, G. and Balarajan, M. (2011). “Exceptional People: How Migration Shaped Our World and Will Define Our Future”. Princeton University Press.

Hoban, B. (2018, July 19). “Do immigrants “steal” jobs from American workers?” Retrieved from https://www.brookings.edu/blog/brookings-now/2017/08/24/do-immigrants-steal-jobs-from-american-workers/

Mankiw, G. (2006, August 29). How are wages and productivity related? Retrieved from https://gregmankiw.blogspot.com/2006/08/how-are-wages-and-productivity-related.html

Sumner, S. (2018, November 5). Are workers paid their marginal product? Should they be? Retrieved from https://www.econlib.org/are-workers-paid-their-marginal-product-should-they-be/

The Economist. (2018, August 27). “What educated people from poor countries make of the “brain drain” argument”. Retrieved from https://www.economist.com/open-future/2018/08/27/what-educated-people-from-poor-countries-make-of-the-brain-drain-argument

The World Bank. (2018, April 23). Record high remittances to low and middle-income countries in 2017. Retrieved from https://www.worldbank.org/en/news/press-release/2018/04/23/record-high-remittances-to-low-and-middle-income-countries-in-2017.