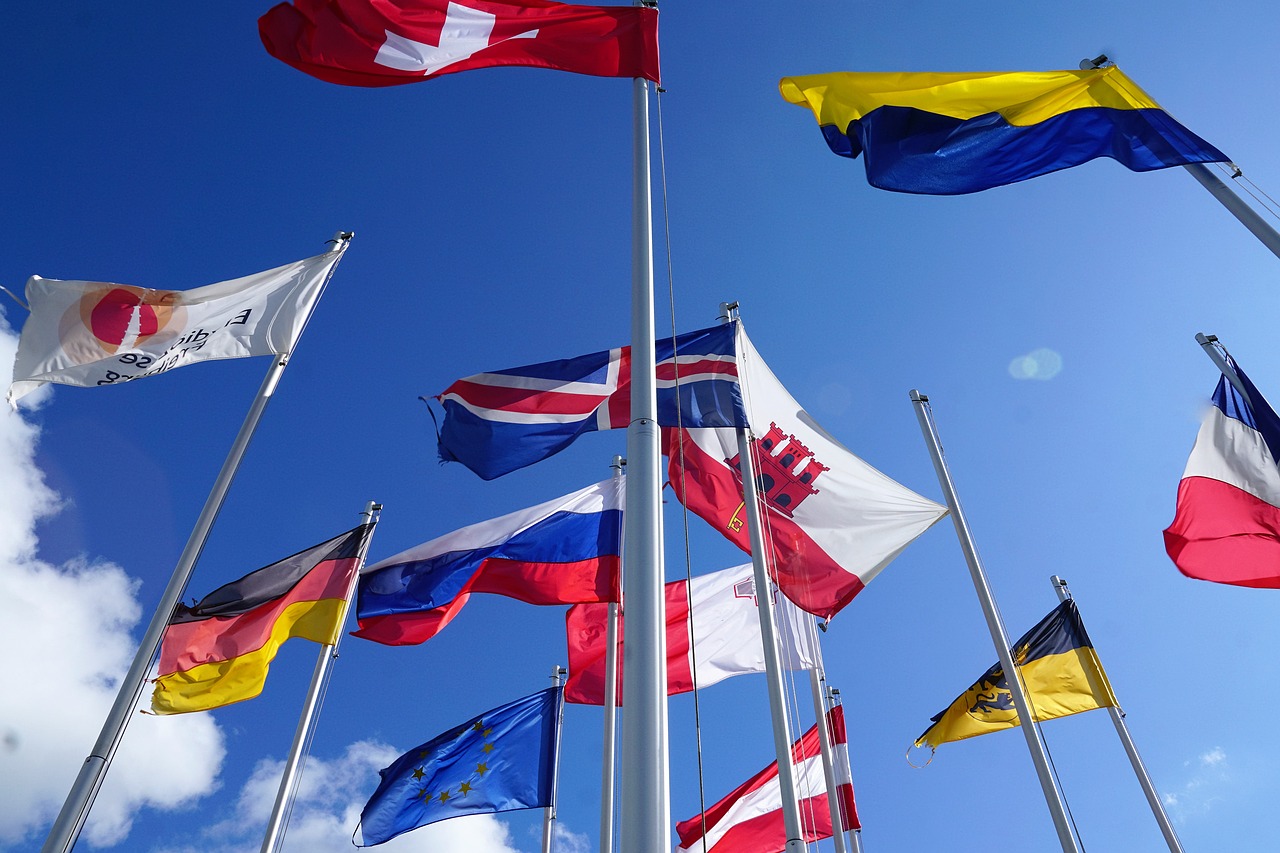 Since the United Kingdom (UK) has decided to exercise Article 50 of the Treaty on the Functioning of the European Union (TFEU), their exit has become the first of its kind. No country before has resigned from their status as a member of the European Union (EU), a deep-rooted bureaucracy that has control over 28, soon to be 27, European states (Kuznar, 2017, p.2). The Union was first created to stimulate economic production and efficiency to recover from the damages of the transnational wars. As it developed, the Member States have been able to benefit immensely from respecting the treaties they signed and negotiated together, allowing them to retain global power as a united Europe over the years. Recently, as the original economic objectives have been achieved, the EU has created new goals to keep the smooth-running economic bureaucracy relevant. As a matter of fact, the European Commission has stated that it wants to create a single European identity to reinforce solidarity amongst the EU citizens (Miller, 2012, p.5). Consequently, their aim is not to replace national identities, but to expand them in order to develop a strong allegiance to the European Union.

The transition from an economic to a social focus in the EU has proven to be of the utmost importance ever since the UK decided to follow-through with Brexit because the feeling for a divided identity has been a large reason for this choice. Despite the European identity being branded as cosmopolitan, transnational, inclusive, and diverse, it must be asked if its’ very existence is not threatened by the strong pre-existing national identities. Can group identities thrive within individuals without one overpowering the other? This fundamental question will be reviewed using published and accredited literature and data, often relating back to the current issue of Brexit.

Certain social groups transform into nations when a strong, rich, and shared history is endured and then passed on to the citizens of a territory who, as a result, portray similar values and traditions. Furthermore, the criteria create an, often, exclusive group that tracks who is in and who is out and thus the notion of a nation-state is born (Uslaner, 2018, p.1). Most importantly, national identity is an outline for the group members on who to trust and how to behave, ultimately giving a sense of belonging, pride, and patriotism. Additionally, citizens’ identities, on an individual level, are tightly tied to their emotional, rational, and psychological choices causing a deep connection built on solidarity between all citizens of the nation-state (Handler, 2019, p.1).

National identity does not become uniquely influential through careful engineering, but rather it organically arose after that decades and generations built it. Hence, the European Union has taken on the tough challenge of manufacturing a European identity between citizens that already identify with another large encompassing group, specifically their nation-state (Miller, 2012, pp.6-7). The first step it took has been granting European citizens the right to directly vote for their representatives in the European Parliament in order to develop the public sphere, where citizens and state meet to discuss politics. Uslaner shares this approach and he states: “The search for national identity is also a glorification of the “common man” or “common woman,” in contrast to the elite.” (2018, p.12; emphasis in original). Allowing direct democracy nurtures a collective identity because it legitimizes the state and its’ values (Szaló, 2015, p.1). Moreover, the EU attempted to accelerate integration by branding their values as cosmopolitan and inclusive (Miller, 2012, p.5). These European values thus reinforce and broaden the cultural identities of its citizens, which could be interpreted as a threat to diminish national identity leading to many member-states retaliating, the most prominent being the UK.

The Coexistence of the National Identity and the European Identity

In the view of Hooghe and Marks (2005), European identity and national identities could be complementary. Whereas the EU Commission believes the European identity is primarily an umbrella to all the national identities, Hooghe and Marks champion for the growing multi-national citizen (Miller, 2012, p.5; Hooghe & Marks, 2005, p.423). With the growing trend of inter-EU migration, more people are choosing to create long-term homes and integrating into other nations, hence embodying the ‘Euro-identity’ the Commission endorses (Botterill, McCollum, & Tyrrell, 2019, p.3; Miller, 2012, p.6). For example, interviews with groups of Polish migrants in Scotland have found that they are willing to create “alternative continuities” to bridge their Polish heritage to their modern Scottish lives (Botterill, 2018, p.550). The new intersectional personality indicates that humans are able to consciously adjust to a new role while preserving the old one. The Polish-Scottish case is one of many functioning intersectional identities, especially in Britain where cultural hybridity has been a large aspect of their imperial history. The Great British Empire connected many cultures. As a matter of fact, over the years many people coming from overseas colonies have been integrated into British society. Investigations have found that imperial identity was based on hybridization: migrants do not forget their motherland, but they unify parts of their cultures and traditions with ones of the country they arrive in (Gardner, 2017, p.9,13). While the creation of a new identity does not fit in the national or European identity, it does create a sovereign platform for citizens to experience the best of both worlds, thus bringing to life the EU’s strife for multi-culturalism.

National Identity as a Threat to European Identity

On the other hand, many experts believe that European identity is threatened by a strong national identity. Although Hooghe and Marks (2005, p.423) think that European and national identities could coexist, the national one always remains dominant in the mind of the individual. This relies on the fact that human tendency is to remain deeply loyal to its original territorial organization, regardless if another organization is rationally more beneficial. In this sense, dual-group membership is deemed to be incompatible. Especially “Identitarian Movements (IM)”, deeply nationalist and xenophobic groups, choose to exploit the natural loyalty of citizens and attack the EU considering it as an organization that undermines their national unity (Handler, 2019, p.1). Groups such as these are growing all over Europe: in Germany (Blaue Narzisse), Austria (IBÖ), Italy (Five Star Movement), Britain (UKIP), and many more. The fact that representatives of these groups are appointed as members of their respective national Parliaments and even in the European Parliament itself, proves that many EU citizens reckon that EU policy is endangering the indigenous Europeans. Consequently, this image empowers them to oppose to the European integration process (Handler, 2019, pp.6-7). Collected statistics show a high success rates in keeping identities divided: Clarke, Goodwin, and Whiteley’s (2017) investigation has found out that only 3.5% of British citizens consider themselves primarily as European. Furthermore, only 48% call themselves British before their nationality of English, Scottish, Welsh, or North Irish (p.451). This data highlights that competition of identities is found on more levels than that between the EU and its member states. Then, how can any identity prosper and change?

Experts discuss the importance of political elites in the formation and legitimation of identity, specifically with regards to national identity. In 2017, Jablonowski explained that when social groups are large enough to have a governing body, the group itself gravitates around said body because it represents its identity. He further stated that if the government has such a loyal base, it could be difficult to lay trust on another entity. The discussion can be ulteriorly developed when deepening multi-level governments, like the EU. The EU operates detachedly from the civilians and the disconnection is felt. Therefore, their only sense of democratic legitimacy arises from a local government (i.e. the national government) (Kuznar & Menkes, 2017, p.9). As long as the EU continues to function with the elections of the European Parliament being the only direct democracy display, a gap will be left in the European citizen identity (Szaló, 2015, p.1).

As imperative as political elites are to unite social groups, a degree of exclusivity is also vital. The criteria for achieve full integration into a new nation is likely to embody the majority of the population’s characteristics: same race, same religion and beliefs, same traditions, even same ideologies (Carey, 2002, p.390). Nations who opt to foster an ultra-exclusive society respond strongly to any changes in population demographics. For instance, as Uslaner (2018, p.2) explains, the fear of losing dominance in the nation-state is enough to trigger Euroscepticism. In particular, the influx of asylum-seekers from Asia and Africa to Europe triggered EU member states such as Italy, France, and the UK to question their loyalties to the Union catalyzing demographic changes (Clarke et al., 2017, p.445). The dichotomy between nations’ wishes and EU legislation is too large. Botterelli, McCollum, and Tyrrell (2019, p.3) write, “Concerns over citizen rights, entitlements, welfare and well-being combine to disrupt established frames of belonging”; these privileges are what Handler’s Identitarian Movements (IM) are campaigning for (2019, p. 1,6). The successful campaign of prominent British IM UKIP has proven that European identity is incompatible to that of the British people and has exposed the same sentiments in the other countries.

Other Threats to the European Identity

Authors are clearly divided on the relationship between national identities and European identities. Subsequently, some of them have taken the stance that European identity is weak, but this is a synthesis of different nuanced reasons. The all-encompassing authors Hooghe and Marks (2005) have investigated the possibility of other factors having greater impact on the dwindling European integration initiative. Their ANOVA model revealed the choice of embodying European identity is only impacted 9.1% by political party allegiance in the individual, 14.3% by national membership, and 76.6% is completely controlled by the individual themselves (p.430). Although this data is promising to debunk the strong national identity as a threat to the European identity, the authors continued their research and eventually concluded stating: “Our approach is confirmed by empirical research arguing that national factors shape public attitudes on European integration, rather than the reverse.” (p.433) Remarkably, however, their investigation does classify the threat as a one-way relationship because they acknowledge the EU government is not close enough to the public sphere to threaten national societies (p.437).

In the same vein to Hooghe and Mark’s (2005, p.430) least impactful factor on an individual’s choice to be European, the party allegiance, Clarke et al. (2017) choose to explore this phenomenon in Scotland. Here it was found that the members of the Scottish National Party (SNP), the largest in the nation, were 32% less likely to vote leave because of their tendency to identify more as European than British (p.445). However, while subscribers to the SNP are more likely to be EU sympathizers, it is said by Clarke et al that it is more a political cue than a national one, further adding that national membership is not the only influential group for an individual.

Finally, Gabel and Whitten (1997) propose European identity is actually weakened by the state of the economic system. As the EU was founded on rational principles and is perceived as an economically beneficial multi-lateral partnership to many citizens, Gabel and Whitten believe Europeans will only support it so long it brings benefits (p.85). Hence in the case of Brexit, where the campaigns spread fear of economic recession, dubbed “Project Fear”, the British citizens began to feel less European (Clarke et al., 2017, p.441). Fittingly, Gabel writes: “…the level of approval for future reforms will depend, at least in part, on citizens’ perceptions of their national and personal economic welfare.” (1997, pp.92-93).

Jablonowski, K. (2017, July 13). You Don’t Have Rights, You Use Them: Brexit and European Citizenship. Retrieved from https://www.thesociologicalreview.com/blog/you-dont-have-rights-you-use-them-brexit-and-european-citizenship.html on 26 March 2019.

Rovelli, C. (2018, July 24). National Identity is Fake. We Should Focus on the Wider Common Good. The Guardian. Retrieved from https://www.theguardian.com/commentisfree/2018/jul/24/national-identity-fake-toxic-intolerance-italy-fascism on 26 March 2019.