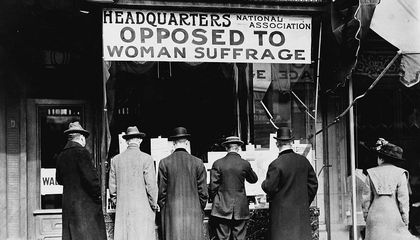 „Of course I support women’s rights, but I’m not one of those ‘feminists’”

“Phew yeah, glad to hear that! I mean, it is indeed important to think about this but –“

“Yes obviously, it’s just that I think equality is more important, it should be about men’s rights as well, because I obviously don’t hate men”

“That’s what I wanted to say, thank you! I prefer equalism”

I wish I was the only one to ever overhear a conversation like that, but thinking about the amount of times I’ve heard this in a bar I highly doubt its exclusiveness of this thought. Depending on me knowing the person or not, my reaction can differ. In most scenarios I bite my tongue, but sometimes I hear myself throwing in a small “but that’s what feminism is about”. There’s no better way to get confused and surprised looks.

Since I began reading and thinking about feminism, I have wondered how a political movement with such positive and desirable goals for every society, caught itself that kind of bad reputation. It doesn’t matter how much I think about it, I’m never able to find arguments against equal opportunities, equal treatment and equality under public law for everybody. We will never be certain if the reason was ongoing intense propaganda against the word feminism itself and everyone acting under its name, the fear of people in charge of losing their rights and power, or a wrong representation of feminists themselves. We will presumably never know, since the answer is most certainly somewhere in the middle. What we can actually do, is to talk and think about the situation at this moment.

Recently, the Austrian minister responsible for “women and integration” stated she would not label herself a feminist, since she wants to act and decide on a rational basis. Hearing this, I asked myself how far the mentioned reputation has come to get feminism associated with adjectives like ‘irrational’, which can undoubtedly only be used on individuals, not on movements, let alone such a diverse one as feminism. Being stigmatized with a negative and often incorrect image like this, comes with many obstacles for everyone identifying as a feminist, and entails that many don’t dare to call themselves a feminist in public.

In the 1850s, socialism and democratism came up in Central Europe, but emerged, despite common knowledge, hand in hand with feminism and democratic women’s clubs. Together with giving the poor lower class a voice, backing revolters of the various rebellions taking place at that time, and supporting war exiles, the first women’s clubs had a big impact on the democratic Europe we know today (Gerhard, 2009, p. 37-38). Although many critics claim that feminism is only about women’s advantage, this could be an example, among others, that the movement deals with other social issues as well.

Another example, going back in time even more, would be the March of Parisians in October 1789, a mass demonstration formed only by women took place. In this event, between eight and ten thousand women marched up to force the abolishment of the feudal system and the introduction of universal human rights (Gerhard, 2009, p. 10). So it was, once again, not about women cherry picking parts of equality, but about every person in France, despite their ethnicity, gender or social class. With this “unfeminine” way of expressing their demand, an image of hysterical and armed women spread; a possible start to the wrong image mentioned above.

Jumping back to today’s situation, the aim must be to fight prejudices against the word feminism and its meaning, especially because this negative image can be fought, beginning in the head of every feminist, being aware of what it actually means to stand in for these values and to act accordingly.

Through clarifying what feminism is about, the perfidiousness of the word ‘equalism’ gets visible. By calling the objective of every feminist “equalism”, the entitlement and the right of feminism to stand up for general equality in every shape gets washed away. With building the impression that there is a need for equalism, it implies that feminism doesn’t match this demand, which is simply not the case. This procedure holds down the achievements and importance of feminism and furthermore encourages the occupancy of feminism with inadequate adjectives and motives.

In conclusion, with designing the society and democracy that we know today, feminism carries a big heritage on its back. This heritage is not treasured adequately if associated with adjectives that imply irrationalism or bias, and it gets trampled on when disclaiming its real aspirations by denying its role through bringing in equalism and pretending to be in need of a new political and social theory.