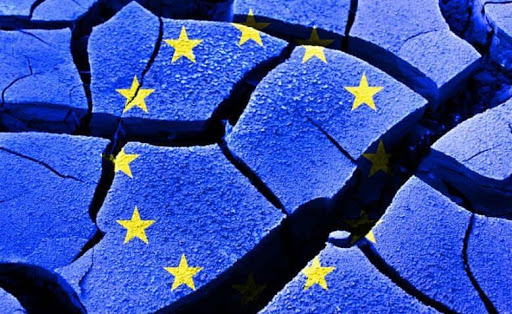 Robert Schuman’s Declaration was based on the principle of solidarity. If the Union was bound to work, it was thanks to Member States’ willingness to cooperate. Over the years, the European Union (EU) has faced a lot of challenges that have deepened its integration and evidenced the advantages of working as one. However, what in theory looks so obvious, does not seem to apply in real life.

The last years, and especially the last months, have tested Member States’ ability to cooperate. The United Kingdom has left the European Union right on time for the revision of the Multiannual Financial Framework. The first European Council (EUCO) meeting to discuss the new budget took place at the end of February, and the summit broke up before leaders could find a compromise. The so-called “frugal” states (Denmark, Austria, Sweden and the Netherlands) refused to finance the European Commission’s ambitious proposal. This situation had been foreseen, since Brexit would result in bigger burdens for net payers and tighter spending programs for net recipients. However, it is not only a matter of economic adjustment, but also political ambition. The EU can do as much as its budget allows. Hence, limiting the funding will limit EU’s ability to act.

One could think that this is an isolated issue, related only to economic conservatism. But it reflects the Member States’ latest tendencies in regards to cooperation. At the end of February, the Turkish government opened borders for Europe-bound refugees. In a matter of days, thousands of refugees and migrants were trying to cross the EU-Turkish border illegally. Before everyone’s eyes, Greece’s first measures were to temporarily suspend the Right to Asylum and have riot police fire tear gas at arriving refugees. The United Nations High Commissioner for Refugees (UNHCR) pointed out that there was no legal basis for the suspension of the reception of asylum applications, that Greece should refrain from the use of excessive or disproportionate force, and that European support was needed to boost Greece’s response. I highly doubt that by “European support” UNHCR meant having EU Commission President, EUCO President, and European Parliament President visit the border and congratulate Greece for being “Europe’s shield”. Instead, UNHCR was most likely referring to the need for negotiating a permanent burden-sharing mechanism in the EU.

Facing Member State’s inability to agree on such a mechanism, the EU found a way in 2016 to contain most refugees in Turkey and Greece. But this is completely unbalanced and can lead to unsustainable situations such as the current one. Back in 2015, it was already evident that the EU’s asylum system was not fit for purpose and had to be reformed. Five years later, that system remains unreformed, and unilateral action seems to be the way to go once again.

Something similar is happening with the coronavirus outbreak. The health and resources emergency in Italy was followed by a message of encouragement by the EUCO: forza amici italiani, siamo con voi (“stay strong Italian friends, you have us by your side”). But when Rome asked to activate the European Union Mechanism of Civil Protection for the supply of medical equipment for individual protection, not a single EU country responded to the call. Instead, China bilaterally offered Italy medical supplies to help fight Covid-19.

On March 10th the members of the EUCO met by video conference to discuss how to coordinate EU efforts to respond to the outbreak. They stressed the need for a joint European approach, but no emergency actions were taken. In an article published by Politico the next day, Italian ambassador to the EU, Maurizio Massari, said that Commission’s positive engagement and EUCO’s consultation are not enough and that this crisis requires a European response. But, once again, sovereignty has beaten solidarity.

As the pandemic spreads through Europe, von der Leyen has reminded Member States that the most effective response is a coordinated one. However, Denmark, Slovakia, Czech Republic and Poland have already imposed travel bands. This does not only go against Europe’s solidarity principle, but also jeopardizes Schengen. As reporter Pablo R. Suanzes points out, it is easier to impose travel bans than it is to lift them.

The refugee and health crises are evidencing that the EU is nothing but a plurality of sovereignties. That solidarity is no longer what brings together the Union. This is not a criticism to the EU, but to its Member States. The EU’s ability to act depends entirely on them, whether it comes to its budget or dealing with emergencies. If that is not what the EU exists for – then, for what? It seems that the United Kingdom’s vision came true: the EU appears to be an economic union, rather than a political one.

A weak response to the refugee and health crises will take its toll on Europe. The lack of leadership and command could endanger pro-Europeanism. As researcher Ignacio Molina affirms, “a frustration” —such as the crisis Europe currently faces— “could feed dissatisfaction and lead to a eurosceptic outbreak”. The Euro crisis in 2008 and the refugee crisis in 2015 serve as the perfect examples to prove this. In both cases, the EU was divided on its policies, and Member States acted unilaterally according to their national interests. If solidarity is not the foundation of the Union, and national interests prevail, what is the European project, if not a European Disunion?

About the author: Julia Fernández is a student of the Dual BA in Law and Political Science in the Universidad Autónoma de Madrid. She started cooperating with the European Parliament last year as a volunteer in the #ThisTimeImVoting campaign. She is currently the President of Equipo Europa, a youth pro-European association, and an Observer Member of the Advisory Council on Youth of the Council of Europe.

UNHCR (2020). UNHCR statement on the situation at the Turkey-EU border. [online] unhcr.org Available at: https://www.unhcr.org/news/press/2020/3/5e5d08ad4/unhcr-statement-situation-turkey-eu-border.html

Charlotte McDonald-Gibson (2020). Why the EU is doomed to repeat the mistakes of the 2015 refugee crisis. [online] Time.com Available at: https://time.com/5800116/eu-refugees-turkey-greece-border/