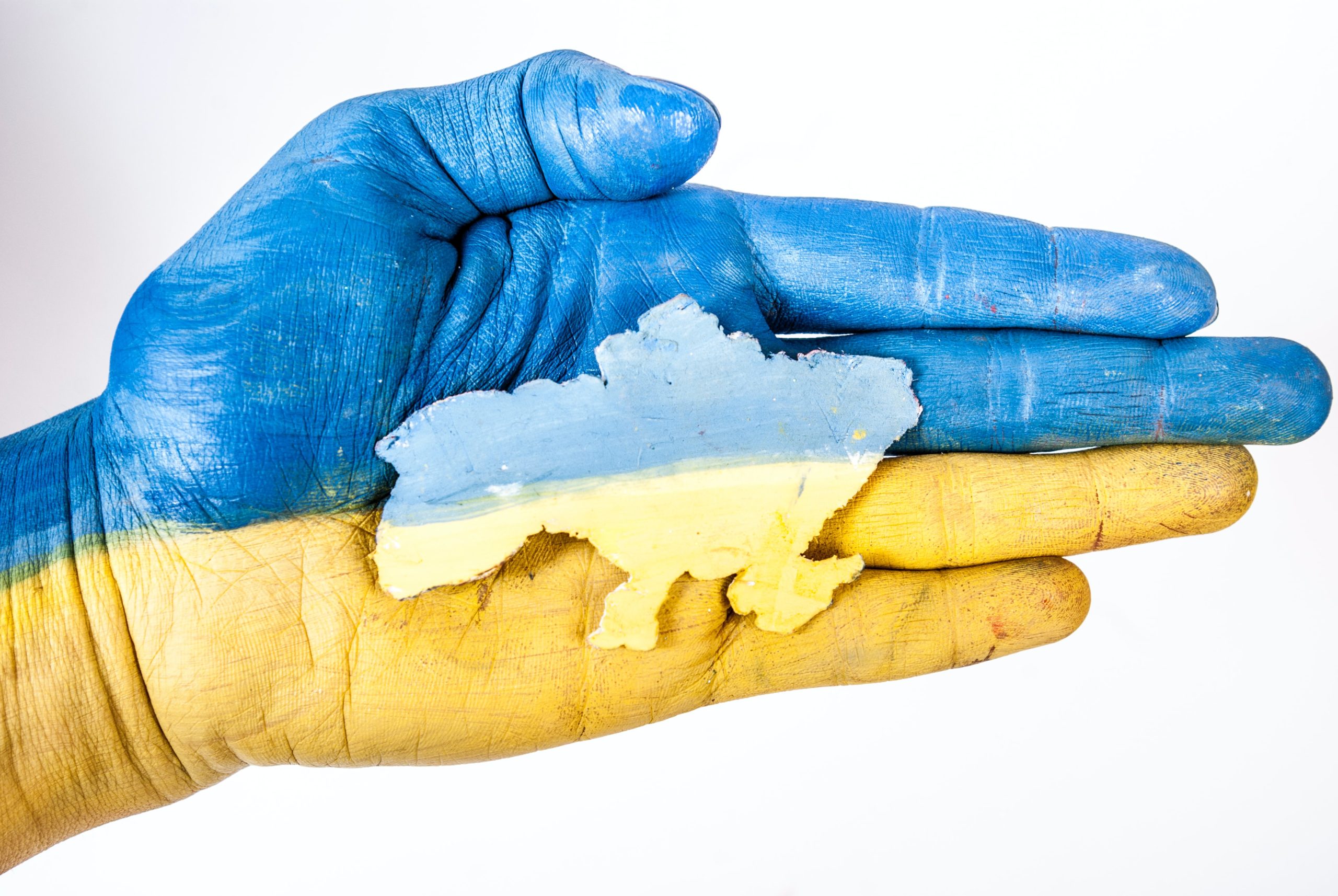 In International Relations, the lines between cause and effect can often become blurred. In order to understand the recent evolution of political relations between the European Union and Russia, we need to recognize the conflict in Ukraine not as the reason behind the increased distancing of the two actors, but as the most obvious symptom of a cooling of Russia’s relations with the West in general.

In the short term, the war in Ukraine emerged from a complex interaction of Ukrainian, EU, and Russian policies. On the one hand, errors by political leaders in Ukraine have spoiled opportunities for economic and social progress, whilst making relations with the EU and Russia less effective than might be hoped for. On the other, the EU’s attempt to carry out a strategy of political change in Ukraine failed to take account of the strategic game of spheres of influence prevailing in Eastern Europe, and ultimately ended in failure. The EU has developed policies with clear geopolitical implications regardless of their possible repercussions, most obviously by offering an Association Agreement to Ukraine whilst underestimating Russian security concerns (Nitoiu & Sus, 2017: 71-86). Finally there is Russia, whose responsibility lies in defining its policy towards Ukraine according to the EU’s presence in the region, and in misunderstanding its influence on former Soviet states as a zero-sum game (Haukkala, 2016: 653-64).

The aspect of EU policy most likely to cause conflict with Russia and create issues regarding security and stability is its stance towards its neighbours. The EU’s approach to its common neighbourhood with Russia is seen by the latter as an attempt to establish a normative hegemony on the continent. For example, Russia has reacted with suspicion to the European Neighbourhood Policy (ENP) launched in 2003, which includes exchanging economic agreements for political clauses that align with the values ​​and norms established by the EU.

This tension has been long in the making. After the fall of the Soviet Union, Russia showed some readiness to accept the standards of liberal democracy and market economy. This position, together with Russian economic and military weakness in the 1990s, allowed the EU a degree of control across the continent. In turn, this was used to increase its presence in the countries of the former Warsaw Pact and carry out policies – exemplified by the Eastern enlargement of 2004 – to strengthen ties with them. Putin’s gradual rise to power meant the rejection of the idea that security and cooperation in the European continent had to be subject to the norms unilaterally established by the EU. Most indicative of this development in Russian strategy and the corresponding cooling of relations is its refusal to be part of the ENP.

Since then, the EU has understood Russia not as a neighbour but rather as a strategic partner, which it has attempted to attract through the common interests uniting both powers (Andrés, 2018: 3-13). Russia, on the other hand, has increasingly come to regard the EU as a competitor in a region where Russian influence should never have been questioned. Their abandonment of the West is total and Russia is determined to create a system in which the centre of power is Russia itself.

As a result of this cleavage, two competing narratives have emerged in the European continent. The first is that of the EU: the ENP. This centres around cooperation between Europeans and the prosperity which should accompany participation in the initiative and economic affiliation with it. The second is that of Russia: the Eurasian Customs Union. By contrast, this is based around the notion of a traditional union between Slavic countries independent of the EU’s regulatory power, and sometimes involves a degree of coercion in attracting members.

Russia has been more aggressive in reaching agreements with the countries in its orbit than the EU. However, the EU’s Neighbourhood Policy is still one of carrots and sticks, although it is more subtle and effective than its Russian equivalent. Russia’s sense of impotence in the face of increasing EU and NATO presence in the countries bordering it has resulted in the adoption of a more belligerent role within the European continent. The Eastern European countries were once considered to be Russia’s natural area of influence and of vital strategic and military importance. They also have a significant percentage of Russian and Russian-speaking population, as well as a special symbolic value for Russian culture and tradition. Bringing these regions back under its wing is therefore of the utmost importance for Russia.

In sum, Russia’s radical change of policy can be framed within a large-scale strategy aimed at reversing the effects of its years of relative international absence, which saw the Eurasian giant cordoned off militarily by the EU. The greatest consequence of this strategy has been seen in Ukraine, a country divided into two sectors: one which sees the EU as the solution to its structural economic problems, and another which is largely pro-Russian (Ballesteros, 2014: 9-40).

The issues resulting from this division are evident in the leadership of Ukrainian President Yanukovych, following his election in 2010. Although a pro-Russian, Yanukovych sought EU funds whilst threatening to align with NATO and the EU. Eventually, his indecision regarding the Association Agreement, which essentially meant choosing either Russia or the EU, led to the protests that would later give way to the conflict as we know it today (Pardo de Santayana, 2017: 37-56). Structural social polarization has resulted in armed confrontation between pro-Russian sectors and the central government in Kyiv. Russia’s response to the outbreak of the conflict shows that a scenario like the current one was considered a possibility.

In any case, regardless of any assumptions that may be made about Russian involvement, the outbreak of the Ukrainian conflict occurs at a time when EU-Russia relations are characterized by mutual distrust and an overlapping game of influences. The clash between separatists and Ukranian government, albeit an incident that further distressed EU-Russia political relations, is in this respect moreso a side-effect than a cause in the declining relations between the EU and Russia.

At the conflict’s inception, the Euromaidan protests were understood in Russia as an EU attempt to intervene in Ukraine’s domestic affairs. Conversely, the Russian annexation of Crimea was understood in the EU as a confirmation of Russian expansionist intentions and the need to strengthen the strategy against it. Since then, relations between Russia and the EU have been characterized by an increased lack of understanding, despite the important economic connections between the two.

Given the current protests in Belarus, it appears that a normalization of relations should not be anticipated in the short term, just as the conflict in Ukraine appears to have stalled and will remain an issue affecting European security for years to come. The Organization for Security and Co-operation in Europe has proven to be the only forum of understanding between both parties, at least with regard to the Ukrainian conflict, so the EU should commit itself to this path. It is also clear that the asymmetry which characterized EU-Russia relations in the years immediately following the Soviet Union’s collapse will no longer define the structuring of power in the region. Therefore, coexistence between both parties should be sought, based on pragmatism but also on the European ties that unite Russia with the rest of the countries of the EU.

To this end, the EU should work to reduce the tension between Russia and the former member states of the Warsaw Pact (Poland, Hungary, and the Baltic countries), in order to address some of the broader geopolitical challenges faced by the Union. One of the sacrifices that the EU may have to make if it is to contribute seriously to good relations with Russia is to discard the idea of deepening economic ties with the countries bordering Russia. It should also consider postponing its planned enlargements in the Balkans. This should be understood not as a limitation but rather as a potential step towards European integration, without the added complications arising from direct accession.