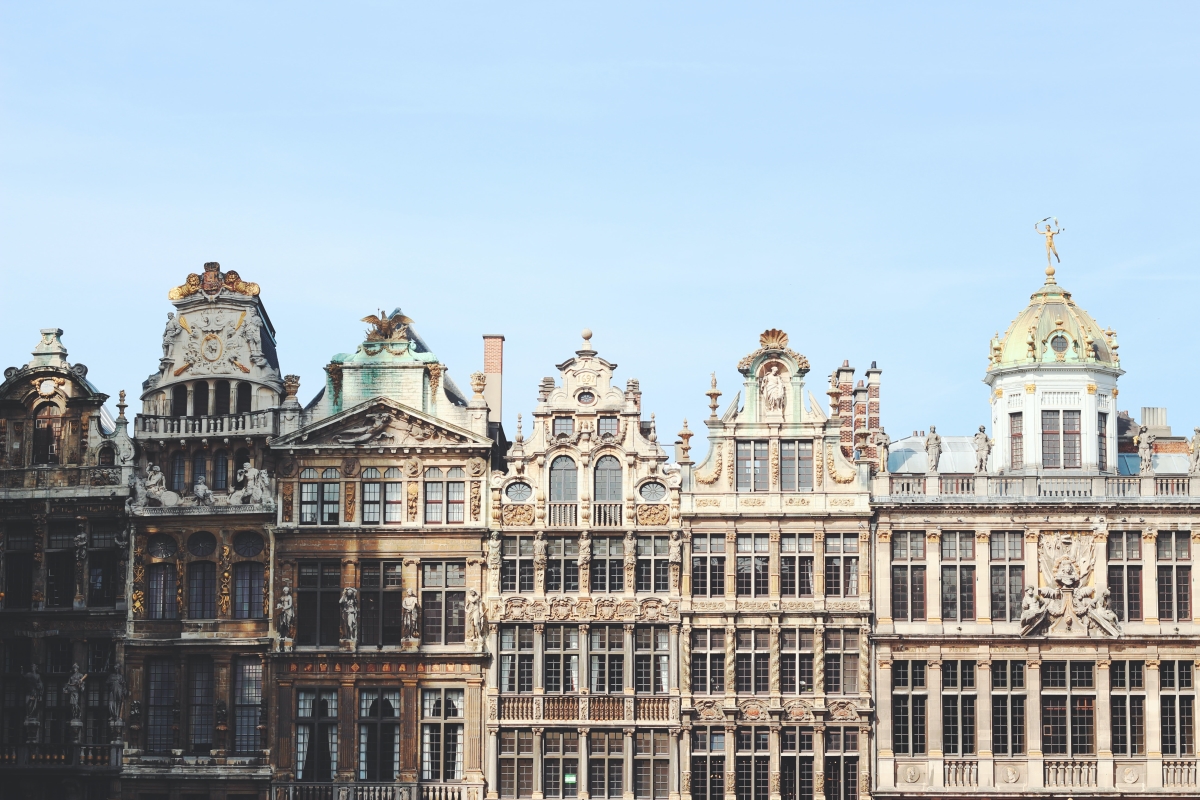 Taking a look at voting polls across some European countries, one might notice a rise in extreme right and populist political parties, not only in terms of national popularity but also in their fair share of obtained seats in the EU Parliament. At the same time, transnational migration and asylum policy are today some of the core issues on the EU agenda, and although migration is one of the eldest phenomena in history, it continues to call for renewed strategy at the European level. In this context, it is worth examining both migration and the rise of right-wing movements as they are related phenomena.

The present century has been marked by the 2008 financial meltdown —with a disparate but severe contraction of economies worldwide—, unprecedented migration and asylum-seeking diasporas traveling long distances from the Middle East to Europe, and finally the all-time champion of economic meltdown—the COVID-19 pandemic.

The rise of right-wing nationalism in Europe is giving momentum to Eurosceptic and anti-immigration parties, reflecting all the insecurities voters feel about the disruptive trends of 21st-century globalization. These phenomena include income inequalities, anxiety about the effects of migration flows in the labor market, fear of dilution of national identity, and, in some cases, a combination of all the misconceptions above (Rauta, 2013). In the case of Southern European countries, right-wing populism stems from the feelings of resentment and abandonment by the EU in dealing with the refugee crisis. This comes as no surprise, given that they are the more geographically vulnerable countries and have been a target destination for asylum seekers, both as transit points and as final destinations. At the same time, certain former eastern socialist states continue to reject the EU’s suggested quotas on refugee protection. For these countries, their post-World War II authoritarian systems might have played a role in forging more conservative societies than those further west, more accustomed to ethnic diversity. It then naturally follows that the aforementioned countries are also the ones scoring a higher percentage of votes for nationalist parties in the most recent national elections (Tartar, 2017). This distribution of representation was reproduced in the EU Parliamentary election as well.

After the Cold War, the increased political dialogue and resuming of trade flows changed the overall environment in which European states formulated their security policies, prompting them to reconsider the nature and causes of the threats to their social, political, and economic stability. In the first two decades of the 21st century, Islamic terrorist attacks have reinforced discursive securitization of debates regarding diasporas of asylum-seeking populations in the EU. Some European and North American policymakers and political entities have leveraged the already seeded mistrust and misconception for immigrants in their societies to blame them for unemployment at home. This has especially been the case with regards to low-skilled jobs and wages, which has fed public irritation towards non-nationals among the lower social classes. Furthermore, in recent decades, Europe has witnessed a convergence of mainstream political parties towards centrist positions. That is, center-left parties becoming less left-wing, and center right-wing parties becoming less right-wing, often as a result of political coalitions. As this convergence has taken place, the extremes of the political spectrum have gained room to set themselves apart from the rest (Rooduijn, 2015).

Given this scenario of negative attitudes towards immigrants and the securitization of borders, entry to EU Member States for non-EU nationals has become even more difficult than before. Regarding decisions on asylum applications as of 2019, research shows an increasing number of rejections, which contrasts with subsidiary protection and refugee status acceptance, being Hungary, the Czech Republic, Poland, and Croatia visibly above the EU-27 average number (Eurostat, 2020). Moreover, successful asylum-seekers in the EU have faced insufficient reception capacity, mainly in Greece and Italy.

The approval of the 1951 Geneva Convention on the status of refugees was a relevant accomplishment for migration issues as it prompted the EU to design a common bidding approach towards refugees, culminating in a common asylum system. However, detention conditions, integration methods, and other hurdles placed in the refugee application process, such as defining whether one’s origin country is a ‘safe third country’ or not, continue to provide a margin of maneuver for member states to broaden or squeeze the reported capacity for integration of asylum-seekers. Nevertheless, the harmonization of these mechanisms through a unique regulatory framework seems unfeasible given the different social, economic, and political realities within EU member states.

Is It North, South, or Out?

Worldwide, one of the main host countries for refugees is Turkey, having received mostly asylum-seekers who have escaped their countries from persecution or serious harm, often as a result of the Arab Spring, but mostly since 2015 due to the Syrian Civil War. The 2016 EU-Turkey agreement came to an end last March after President Erdogan stated that Turkey would no longer abide by it, given the overflood of asylum seekers into his country. By that time, Turkey’s refugee camps had passed beyond their breaking point. This decision resulted in a huge wave of asylum-seekers fleeing towards Greece’s borders at a time when, like any other country, it was struggling to adapt to the new pandemic reality.

While Europe was working on a recovery plan to address the economic impact of the pandemic situation, another tragedy was afflicting Greece. Last September, a series of fires in the Greek Moria Refugee Camp destroyed the already collapsing detention facility. Part of the asylum-seekers in detention were not newcomers, but rather long-time residents who had been waiting for their asylum application to be processed for several months as a result of the slowness of the bureaucratic process. This serious humanitarian disaster has turned heads in Brussels towards finally reforming the EU’s approach to migration and asylum policy. In the former system, some countries had been able to block reform thanks to the unanimity requirement on migration policy of the Council of the European Union. As the entrance corridors into the EU remain practically the same, asylum-seeking diasporas often land in the same border states: Italy, Greece, Malta, and Spain. This has allowed some member states to distance themselves from the problem and to conduct reallocation from arrival countries towards a system of quotas, mostly in an ad hoc manner.

Once acknowledged that the current system of migration and asylum does not respond to the severity of the issue, and given the aforementioned events of this year in Greece, the European Commission has proposed a New Pact on Migration and Asylum. The Pact calls for greater ‘solidarity’ from member states in addressing the migratory crisis, and one of its fundamental pillars resides in the appeal for relocation or financial help for those asylum-seekers who had their application denied, as a small percentage of denied applications requires deportation to their home countries. This shall happen, however, while ensuring that the principle of non-refoulement is not breached. Non-refoulement is a fundamental principle of international law that forbids a country receiving an asylum-seeker to return him or her to a country in which they would be in likely danger of persecution.

The new appeal misses the chance to reform the Dublin Regulation, the cornerstone of the Common European and Asylum System that determines that the state responsible for the examination of an application for international protection shall be the first country of entrance of a given asylum-seeker. The European Parliament and Commission had in the past called for major reforms of this system, such as the need to speed up the asylum application for those who have family ties in a given Member State, as well as the urgency to address the unequal burden-sharing between countries in the number of asylum applications to be reviewed. Therefore, the presentation of the New Pact on Migration and Asylum this year without an announcement of much awaited reforms of the Dublin Regulation was surprising.

So, what happens if a member state rejects the refugee quotas suggested by the EU? In theory, there is an obligation under international law for countries to readmit the nationals that emigrated irregularly. The issue is that, even in the presence of such legislation, the countries of origin are often reluctant to readmit their own nationals, and so the displacement of non-accepted asylum applicants remains unsolved. Return is an accepted part of migration policy, with a preference for voluntary returns over forced returns. However, not only does investment in return mechanisms seem not to substantially affect the economics of migration, but also it does not sanction systematic non-compliance with asylum standards by EU Member States.

Although the outcome of the new suggested policies is yet to be seen, the phenomena it seeks to deal with will not rest. The future composition of the European political spectrum, the weight and power of each party’s votes in the EU Parliament, and the economic opportunities and readjustments it might entail are all relevant variables in the equation. The real challenge for the EU is to address the dangers of ethnic sectarianism at a time when the opening of borders has resulted in increased public support for right-wing parties, which even though they might not all be against migration per se, they do employ discursive securitization techniques to the detriment of Europe’s “union” concept.

Rooduijn, M. (2015), “The rise of the populist radical right in Western Europe”, Springer.

Tartar, A. (2017), “How the Populist Right Is Redrawing the Map of Europe”, Bloomberg, https://www.bloomberg.com/graphics/2017-europe-populist-right/ [accessed in October 2020]