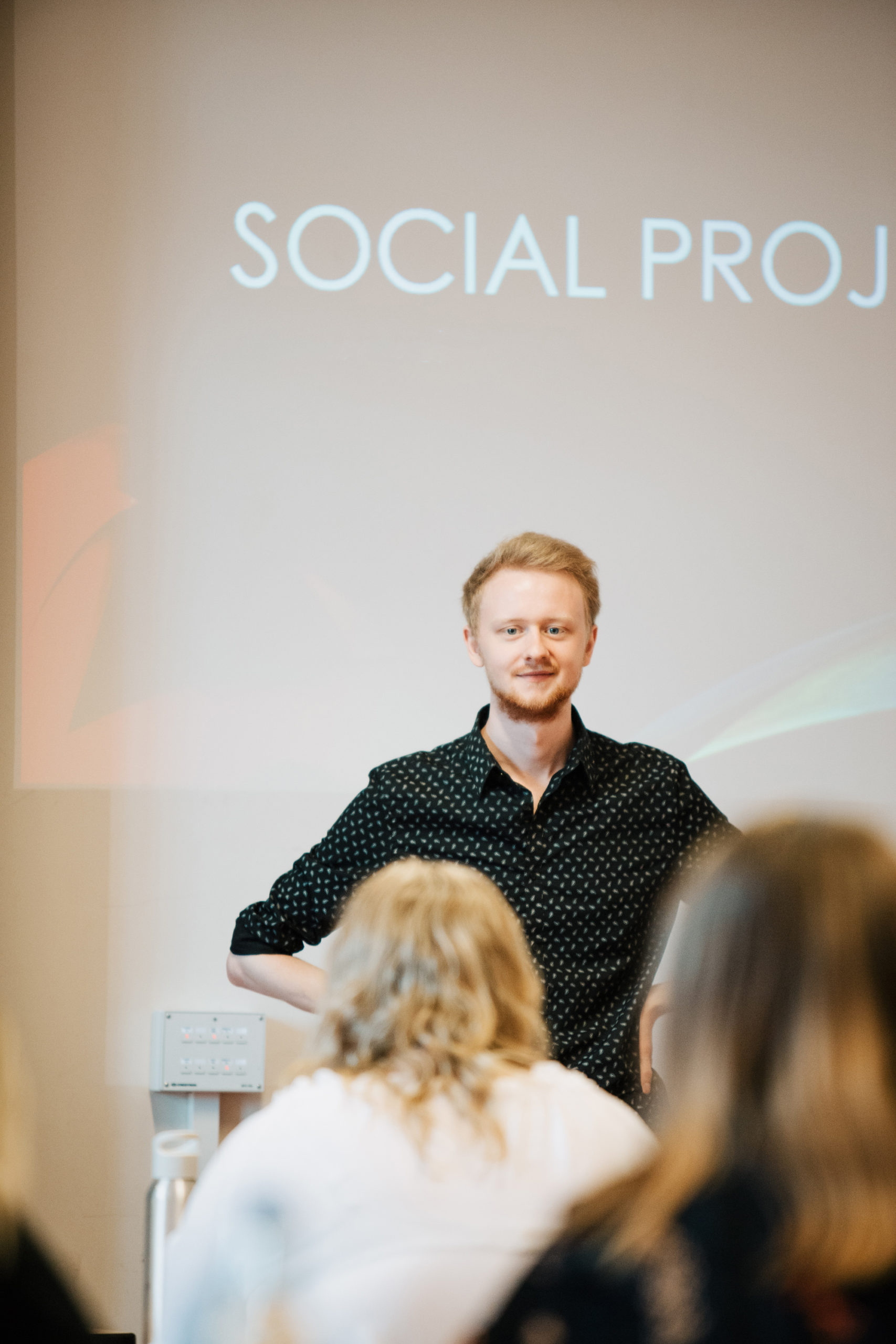 Our former ambassador Konstantina Nathanail conducted an interview with Josh, who is the founder and Board Director of the NGO Schüler Treffen Flüchtlinge (STF – Students Meet Refugees) in Berlin. The organization focuses on the promotion of cultural understanding between refugees and high school students and the enhancement of student participation, by organizing projects and events where pupils and refugees come into contact with one another.

How did STF start? What was the moment that motivated you to initiate it?

It all started with my exchange in the US, where I lived with a Taiwanese host family in Oklahoma, which showed that there were certain ethical and cultural borders that weren’t being overcome. That was a big shock for me. After I came back from the US, I chaired a Model U.N. conference committee that worked on the issue of the global refugee crisis, while at the same time being a representative at the Student Government Committee at my school. All these experiences in 2015 made me and other people in my environment think about what the global challenges were at the time and how we could contribute towards ameliorating them in our own community.

What made you pick the form of a youth NGO to make that change?

We started a donation campaign for refugee accommodation, and we recognized that there is a big need for help, but when trying to offer that help we faced the difficulty that people didn’t trust us because of our age and perceived lack of experience. There was only one accommodation that accepted our help and seeing how well the event went, we realized that if we were going to help we would need to found an NGO, in order for stakeholders to recognize us and work with us more easily.

What were things that were easier or harder than you expected in the process of growing the NGO and taking action?

What surprised me was that once we had our non-profit status approved was how easy it was to initially find people interested in participating in the project, both on the side of German high-school students as well as on the side of refugees.

On the other hand, what surprised me due to its complexity was how hard it can be to organize a seminar, even a smaller one. Every step, from finding the necessary funds to booking a space to organizing the smallest details can take up incredible amounts of time.

What’s more, I have realized that one of the biggest challenges when it comes to working with young people is knowledge management. Often, young volunteers want to participate for a certain amount of time, and then move on due to their studies or their career, which is very understandable, but it also creates great difficulties with knowledge transfer. This is why, now, we have created booklets, in which we explain how to organize each event so that the next person taking up a project does not have to find out everything from scratch.

What have you realized about young people around you through this project?

I have understood the importance of intrinsic motivation and how that can change quite rapidly in young people. Being aware of that now makes planning a lot easier, because we know how to make use of these “high energy” periods, while not being taken aback when people become busy due to other priorities.

Would you say that the state and more organized stakeholders in Germany support youth engagement?

In general, yes. There is a lot of funding available for youth organisations. However, the threshold to have access to this funding is very high, because it requires a lot of bureaucratic hurdles and, thus, it is given to more established organizations.

According to your experience in the field of youth engagement, do you believe that there is a gap between the positive feedback that youth engagement received in general, and the effective involvement in more decisive, policy-making roles?

Yes, I would say that this is generally true. While I haven’t necessarily experienced this during my engagement as part of STF, I have seen it in other conferences where policymakers were participating. There is more youth participation taking place nowadays, but it’s either only in a participation/listening role or, in the cases where our opinion is asked, you can see that it does not receive the same attention or consideration. However, I think that we are getting on the right track now because most major conferences are taking youth participation into account now.

I would say that the main issue is the lack of structural participation: Preparing an official policy proposal, for example, requires a back office that will help you with research and feedback. “Adults” need such support as well, however, they are the ones that usually have it when they work for a relevant organization. On the contrary, young individuals doing this on a voluntary basis rarely have access to such resources. This financial support and expertise are what we need to enhance youth participation at the moment.

Is there something that you learned through your experience in youth work that you would like to highlight in particular?

I think that would be the importance of learning how to keep people motivated over time and build a stable and long-lasting structure in order to achieve a greater impact. I believe there should be more analysis on how to make each individual’s impact last for a longer period of time so that they themselves and the project can gain as much from the experience as possible.

FYI: STF will become “One Future e.V.”. Our law firm is currently preparing the process of changing the name.