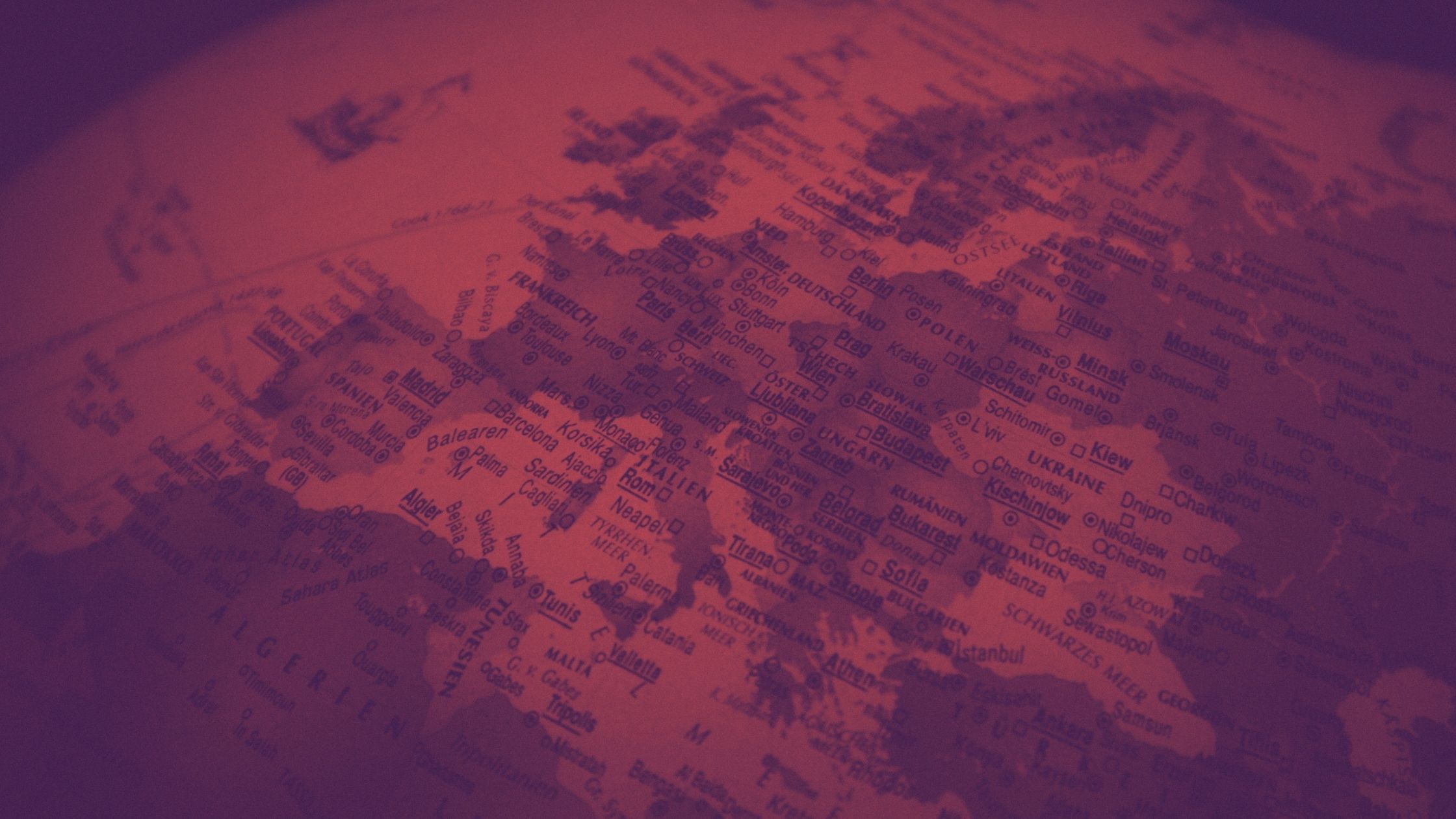 This is the most peaceful period of history after going through one of the most destructive times during the last century. Even though there was still ongoing tension between the East and the West that served mainly to keep the population in distress, after the fall of the Berlin wall it was clear that a new age of prosperity for Europe will follow. Luckily, the European Union, since its first form as the European Economic Community, played its key role in the process of unification of the most divided continent at the moment by putting in charge visionaries that invested a lot of time, energy and resources on building a common European future.

Unfortunately, in the last decade there is a growing support towards radicalization and extremism varying from smaller secret groups to political parties that openly use discrimination and chauvinism as a handy tool to gather votes in order  to remain or take over the power. But what is the long-term damage of such a rhetoric? These reckless “statesmen” have no idea that they are planting a seed that may destroy a prosperous future of generations to come due to their personal greed. They create issues that can be prolonged for decades and result in the destruction of future relations and collaborations that would otherwise benefit both sides.

In Europe there is common history, but there isn’t shared history. This is especially characteristic for the Balkans, simply put through a quote attributed to Winston Churchill, stating that “the Balkan produces more history than it can consume”. History can contribute to the development of the community as much as it can present a threat if used for the wrong reasons. This misuse creates an abundance of issues for every country because if you compare the history books of one country to a neighboring one, it would come out so differently that they would have more in common with a third State on another continent than with their neighbor. Lately, this can be seen in the surreal Macedonian-Bulgarian dispute, if it can be even called like that since it is more of a farce than a real issue due to the sudden change of long-lasting support from Bulgaria, resulting in yet another veto to the long-awaited start of the negotiations for membership of the Macedonian Republic in the European Union. Fortunately, Czechia and Slovakia blocked the EU Council conclusions on enlargement as Slavic countries that are more knowledgeable in the topic and understand that this is something that should never pass as a statement of the whole Union.

Ironically, even though the two nations speak a very similar language and can easily understand each other, it is somehow very hard to find a common language on these topics, but now the reason behind this blockade is much simpler. What happened is a textbook example of a government that will face elections with scandals, protests and nothing else to show for their full mandate, so the last desperate step to remain in power was to play the nationalistic card, something that is a typical Balkan move. Sadly, it seems that this tactic worked… by a lot. Latest polls show that the biggest ruling party and the smaller coalition partner each gained around 6% in the last 2 months, after they lost support during the protests. This mindless decision will cost the Macedonian side some precious time and energy, but it will also cost the European Union their reputation by allowing this kind of behavior for the second time when it comes to their integration. Both countries should strive to be brotherly nations, but not because one land belongs to the other or that the Bulgarians are Macedonians. They should be brotherly because of the similarities in the cultures and lifestyle, geographical closeness, economic potential, wellbeing of the citizens and the common vision of building a better and sustainable community for the future generations.

While the Netherlands approves the flying car PAL-V to roll out on the streets and China launches an artificial moon, the Balkan states continue with the same old rhetoric to attack, obstruct and provoke their neighbors over definitions of historic people from the Ancient and Middle Ages or, even worse, for using the basic human right of self-identification as something an individual/group feels and believes to be. Surely, there is an increasing number of bright young people that are ashamed of their narrow-minded politicians, but this could also be one of the biggest contributors to the enormous brain drain going on. Hopefully, the next generations won’t be focused on what was the ethnicity of one historical person, but on what they stood and fought for during their life. The Balkans had so many brilliant people that left a mark on their community, if not the world, that can be their most important guide for the decades to come.

Тhe bottom line at this moment isn’t which side is historically and politically right or wrong, but the outcome of the integrity test that the European Union is undergoing in the last years. If an individual doesn’t have the right and freedom to be what he feels and believes to be, the most important question would be what really do the European values mean anymore? Why would someone aspire to be part of something like that in the 21st century? The most appropriate way to close this would probably be by summing up the past and, unfortunately, present through an compelling story that perfectly depicts the limbo position of Europe so far and how its citizens must evolve in order to thrive.

“One day, the Europeans gathered together to discuss the possibility of creating a European Federation that would include every country and citizen on the continent and would be symbolized by a stable government, common currency, abundance of financial resources, balance between small and big states together with a strong solidarity among the rich and poor ones. This discussion was opened by the British person who asked “what does continent mean?”, followed by the French who posed the question “what does a federation mean?”. The Italian asked “what is a stable government?”, on which the Greek added “also, can anyone explain what does owning financial resources mean?”. Germany stepped up and said “what does a small country mean?”, while Malta replied “what does a big country mean?”. Then, Denmark and Sweden started wondering “what does a common currency mean?”. The Eastern states asked “what does a rich state mean?”, to which the Dutch replied “we know that, but tell us what does a poor state mean?”. During this chaos, they noticed that there were few representatives, apparently coming from the Balkan, that were sitting in the corner, silently observing the discussion. Seeing that they don’t have the answers, they turned to them and asked “do you know the meaning to all of these words, are you able to help us?”. The Serbian among them stepped up and proudly said “yes, we know what a federation is, we had Yugoslavia.”, while the Croatian added “we also know what a stable government is, we had it with Tito for 27 years.”. Slovenia continued by saying “we also know what a common currency and financial resources are” followed by the Macedonian who said “we have been a big and a small nation, so we know about both.”, The Bulgarian went last saying “we are also well aware what does a poor state mean.”. After hearing this, everybody got excited because they were finally going to be able to fulfil their dream and told them “then what are you waiting for, tell us how to create a Federation on our continent!”. But then, the Balkan people started to shatter saying “unfortunately, we don’t know one word, and that may be a problem… what does together mean?”. This is why today a European Federation doesn’t exist.”

Allan C. Brownfeld, American Council of Trustees and Alumni. 22.04.2018. The danger ignorance of history poses to the future of a free society. https://www.goacta.org/news-item/the-danger-ignorance-of-history-poses-to-the-future-of-a-free-society/

EURACTIV. 17.10.2020. Tired but defiant: 100 days of protests in Bulgaria. https://www.euractiv.com/section/justice-home-affairs/news/tired-but-defiant-100-days-of-protests-in-bulgaria/