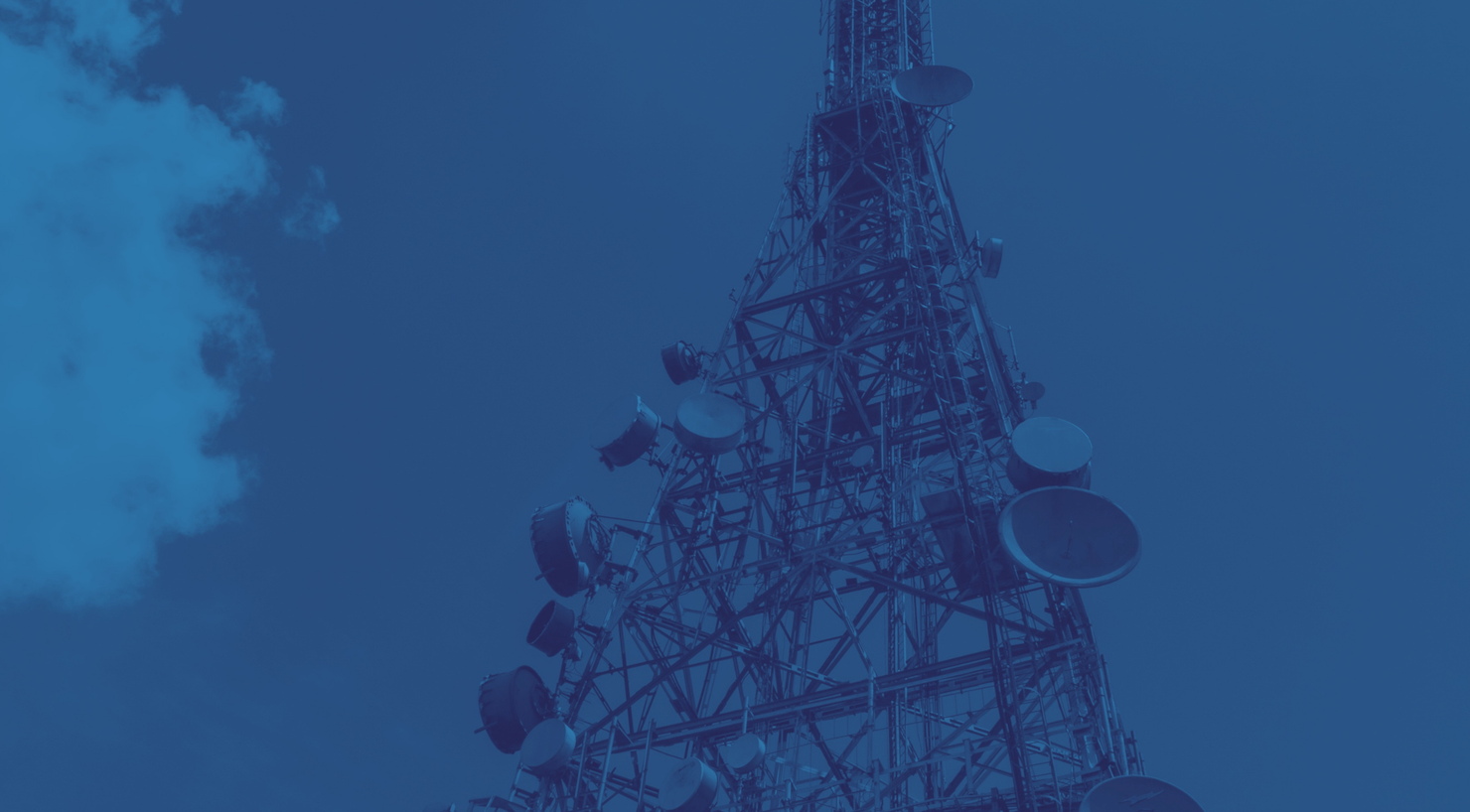 The first generation dates back to 1979, when Nippon Telegraph and Telephone (NTT) launched 1G. Five years later, NTT expanded 1G to cover the whole of Japan. In 1983, the US approved its first 1G operations and Motorola became one of the first companies to see widespread use of the technology (Brainbridge,2020).

Other countries soon followed that example. Nonetheless, 1G suffered from multiple setbacks: coverage was poor, sound quality low, no compatibility between systems and calls weren’t encrypted, meaning that  someone could join a call uninvited.

The success of 1G paved the way for the second generation of mobile networks or 2G. This was launched in 1991 in Finland by GSM (Brainbridge,2020).

For the first time, calls were encrypted and sound quality was much clearer but that was not all. 2G introduced text messages (SMS), picture messages, and multimedia messages (MMS). Although transfer speeds were relatively slow at first, investment in more mobile cell towers increased their performance.

In 2001, 10 years after the birth of 2G, NTT launched 3G. This changed the technology scenario allowing  users to access data from anywhere in the world through “data packets” and standardization of web connectivity. Consequently, data transfer capabilities quadrupled and several  technological features such as video conferencing, video streaming and voice over IP (e.g. Skype) were made possible (Brainbridge,2020).

In 2007, with the launch of the iPhone, the possibilities and network capabilities of 3G expanded like never before.

The downside  of this new technology was that, while transitioning from 2G to 3G the user only needed to switch SIM cards, with 4G, the devices needed to be specifically designed to support 4G. Nowadays, 4G has become a standard around the globe, even though some regions have low 4G penetration (Brainbridge,2020).

What is 5G and what are its applications?

After nearly a decade, in 2018, 5G became a reality. Even though there are lots of specifics, the most plain explanation is that 5G is the next generation of mobile broadband that will eventually replace or augment 4G connection. 5G will allow faster downloads and uploads, faster data speeds, lower latency, better energy and spectral efficiency (optimized bandwidth), as well as improved connection density, meaning that 5G should support many more connected devices than 4G.

Furthermore, 5G is capable of running on a wider range than 4G. The most commonly used form of 5G is Sub-6, which refers to operations at a frequency below 6GHz. With 4G currently running on these lower frequencies it is much easier to deploy 5G. With these lower-frequency radio waves being able to travel long distances and penetrate walls and obstacles, the costs of infrastructure are also significantly reduced. However, in the real world, 5G speeds can widely vary. Connections can be anywhere from 50 Mbps to 400 Mbps (De Looper, 2020)

This is all very nice, but what can it do?

The most exciting feature of 5G is the ability to support IoT or Internet of Things. This was, since the 1990’s, proclaimed to be the next big digital revolution and would allow billions of devices to be connected and to share data across the globe. According to Kevin Ashton, a mobile phone is not a phone, but IoT in your pocket. This technology will make data move from server centers into daily devices, allowing them to turn into “smart tools”.

Nonetheless, 5G can have many more applications. For example, in terms of home broadband or home internet connections, granting faster access and usability. 5G Home Services have begun to have a significant impact on people’s lives (De Looper, 2020). In terms of mobility, with 5G, vehicles will be able to communicate with others on the road, while providing information about multiple variables from road conditions to performance indicators. Ultimately, such communication can end up saving  thousands of lives in the process. Other features include its employment in public safety and/or infrastructure: cities will be able to operate more efficiently with a better remote control of heavy equipment thanks to low latency. Moreover, there could also be major improvements in healthcare through enhancements in telemedicine, remote recovery, physical therapy via augmented reality, and even remote surgery in some cases. These qualities make 5G one of the most robust and revolutionising generations of mobile wireless standard, however the question of accessibility and receptiveness still remains (De Looper, 2020)

How is Europe in terms of 5G accessibility nowadays?

The number of 5G networks has increased significantly around the world, and Europe is no different. Since the beginning of 2019, multiple European countries have launched their commercial 5G services. As of September 2020, according to the European 5G Observatory, 18 European countries had such service. These countries include Austria, Belgium, Bulgaria, Czech Republic, Denmark, Finland, Germany, Hungary, Ireland, Italy, Latvia, Netherlands, Poland, Romania, Slovenia, Spain, Sweden and, finally, the United Kingdom.

The following are five examples of how European countries are incorporating and commercializing  5G services (European 5G Observatory, 2020).

T-Mobile began to commercialize these services in the beginning of 2019 and, by mid-2020, announced that its 5G network was operational in 600 locations across the country. The company expects that it will double its locations  by the end of 2020.

In parallel, a few months after T-Mobile, Three Austria announced a 5G pre-launch and soon after, in December, the company had around 100 locations with 5G networks ready to operate by the end of 2019. Additionally, A1 Telekom launched its 5G network, the “A1 5Giganetwork”, in the beginning of 2020, which covers over 350 locations in Austria, spanning 54.000 square kilometres (European 5G Observatory, 2020).

In September 2020, Vivacom launched its 5G network in all 27 district centres of the country and gave 30GB per month to its customers free of charge in order to test the 5G technology until the end of the year (European 5G Observatory, 2020).

The Latvian Mobile Telephone (LMT) launched its 5G network in July 2019 with limited availability. However, by the beginning of 2020, it has extended its services to other cities in the country.

Unlike LMT, Tele2 Latvia only officially launched its 5G services in January 2020 in the two Latvian cities of Daugavpils and Jelgava, but since then  the company has established two 5G base stations per city and its 5G network has already expanded to Riga, Jurmala, and Valmiera (European 5G Observatory, 2020).

In July 2020, Telekom Slovenije launched its first commercial 5G network in Slovenia. The company upgraded around 150 4G base stations in order to support 5G. This service currently covers approximately 25% of the population’s mobile network and by the end of 2020, it expects to surpass 33% coverage (European 5G Observatory, 2020).

The controversy behind 5G and the Geopolitics of Telecommunications

Without a doubt, 5G has come to stay and will revolutionize different sectors of society. According to Deloitte, this technology is expected to lead the global society towards new innovative fields of knowledge. However, its development is extremely expensive and deploying it around the world demands a lot of global expertise that also costs to maintain.

On a global level, the telecommunications equipment market is currently dominated by four main players: Sweden’s Nokia, Finland’s Ericsson, China’s Huawei, and ZTE. By far, China has the lead on 5G deployment, with infrastructure and network density that outpaces competitors like the United States, Japan, South Korea and even the EU (Cerulus, 2020).

Falling behind in the technological race and caught between a US-China rivalry, the European Union has been developing its own capacities in a number of key emerging technologies, ranging from quantum computing to cybersecurity and 5G. Although, on a European level, 5G has proven to be the foundation of the future digital economy, there are still several geopolitical aspects that need to be addressed. The main concern that surrounds this technology is the interference of foreign states, in particular China. The rise of Huawei as a global tech giant with low-cost and high-performing equipment is threatening Western powers in terms of confidentiality, availability, and integrity. With the US campaigning against Huawei and its potential security risks to users and governments the question of banning it or not has begun to pop up more frequently since 2010  (U.S. House of Representatives, 2012),

As an answer to these uncertainties, the EU has launched a set of tools in order to limit the bloc’s dependence on the Chinese giant’s equipment. Although the document itself does not refer to Huawei specifically, it advises each operator to “have an appropriate multi-vendor strategy in order to limit major dependencies on a single supplier”, especially those considered to be high risk (European Commission, 2020).

Nonetheless, even if the European Commission has decided to approach this measure collectively with all Member States,  the response to Huawei’s equipment is still mixed. In France, President Emmanuel Macron stated that the french 5G market was not excluding any company but that his strategy relied on European sovereignty (Mathieu Rosema,2020). He also highlighted the fact that French telecommunication companies planning to buy Huawei’s 5G equipment will not be able to renew licenses for the gear once they expire. In Germany, the government is planning a tight oversight of telecommunications network vendors, making it harder for Huawei to enter Europe’s largest market. In Belgium, in October of 2020, the main network operators chose the Finnish company Nokia to build 5G networks inside the country. As  the Belgian capital is home to the NATO alliance and the EU’s executive and Parliament, U.S pressure was even higher and Huawei was soon dropped (Reuters, 2020)

Among other smaller EU countries, the drift from Huawei has been more noticeable in some than in others. While Slovenia made its “clean network” position clear by restricting access to high-risk vendors, such as Huawei, Hungary and Austria continue to welcome Huawei.

No matter what the Member States’ decision might be in the future, Huawei has definitely brought up a world changing question, especially for western powers: how will Member States cope with a tech superpower whose values are fundamentally opposed to their own?

(2020). From 1G To 5G: A Brief History Of The Evolution Of Mobile Standards. Brainbridge. [online].Available at: <https://www.brainbridge.be/news/from-1g-to-5g-a-brief-history-of-the-evolution-of-mobile-standards>