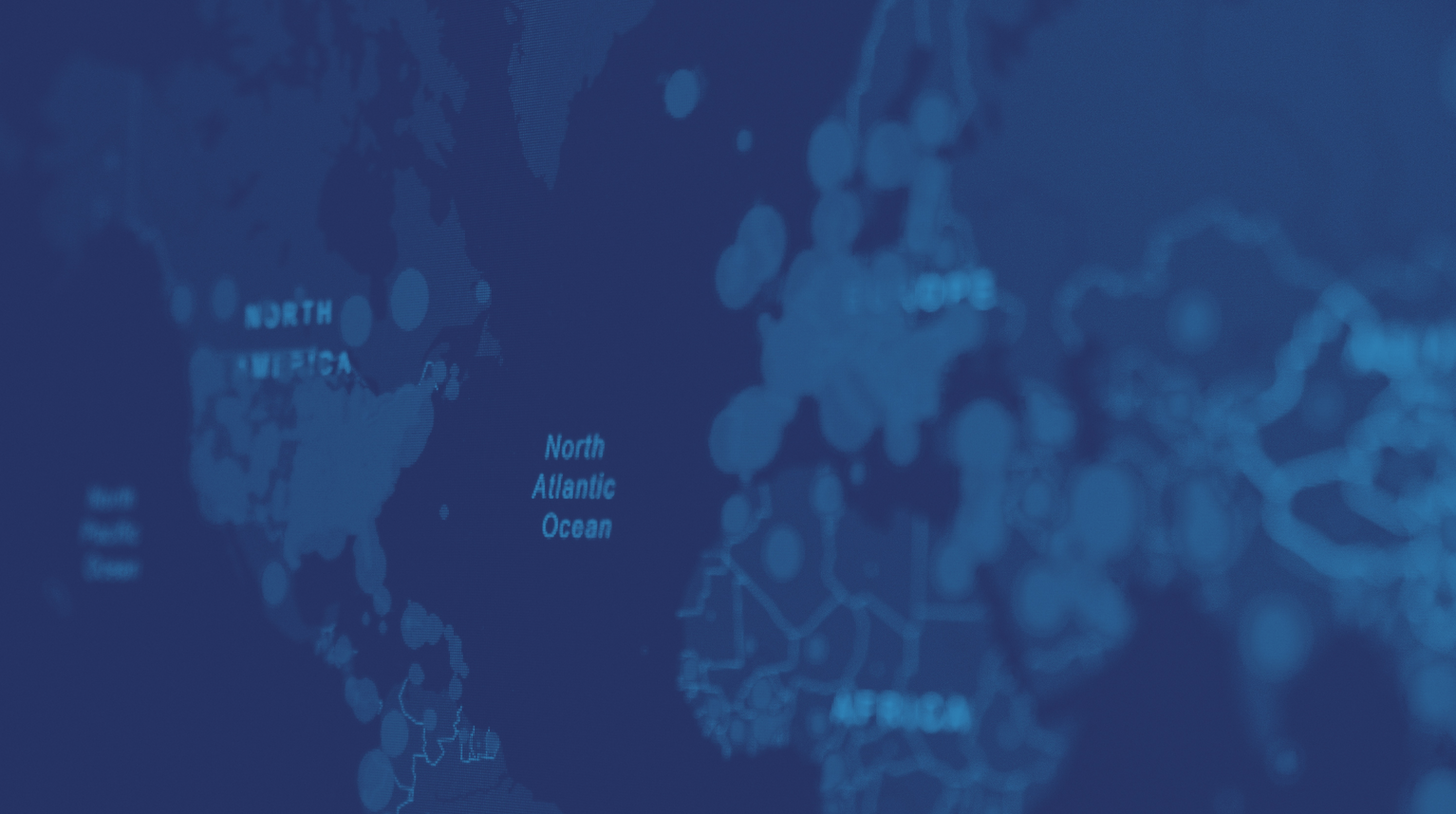 Recent geopolitical perturbations and emerging megatrends define the contemporary world as highly ‘VUCA’. ‘VUCA’ is an acronym used by the military in the United States of America, standing for ‘Volatile, Uncertain, Complex and Ambiguous’. The certainties and norms once accepted as true are being disrupted on all scales and across all facets. In particular, geopolitics has shifted its focus; moving towards the Indo-Pacific region, influenced by economic, technological, environmental and socio-political shifts. Resultantly, regions and multilateral institutions must look beyond parochial, regionalist agendas to reinvent themselves as supraregional actors given the intertwinement of global regions – no longer separate entities unaffected by external shocks and stresses.

The European Union’s sustained resilience is predicated on leveraging geopolitical synergies beyond the European and transatlantic regions. This beckons the EU to increasingly perceive itself as a supraregional focal point of geopolitical salience in the 21st century, necessitating a reconsideration of existing policy arrangements (see Tocci & Alcaro, 2014; Elbasoussy, 2019). Notably, the EU should implore NATO to broaden and reconfigure their focus as looking beyond their influence on regional matters to that of international risks and opportunities (NATO, 2020; Crepin et. al, 2017).

Already, NATO is consistently beckoned to reconsider its geopolitical agenda amidst a changing world order. The ‘NATO 2030’ report illuminates this necessity; contextually pertinent with the rise of China and its influence in Africa and the Arctic – key spheres of geopolitical engagement for the EU (see NATO, 2020). This is in accordance with Macron’s propagation of NATO’s ‘brain death’, particularly amongst the increasingly precarious underpinnings of security discourse in the transatlantic and European regions (Gordon & Marson, 2020; Jean-Loup, 2019). Accordingly, the EU must seek to broaden NATO’s mission and its own role within it, especially in areas of both military and technological superiority. Conjunctionally, it must look towards non-NATO members in the Indo-Pacific and Africa; two likely geopolitical points of contention in the near future (Chaban et. al, 2017; Tocci & Alcaro, 2014).

Lately, NATO signed a cooperation agreement with the African Union (AU) on November 4, highlighting their efforts to synergise with the AU. This focuses on operational, logistical and capacity-building support, including current peacekeeping tasks (NATO, 2019). John Parish, NATO’s Deputy Assistant Secretary General for Operations, claimed “we are strengthening our political and practical partnership with the African Union so we can better respond to common threats and challenges”. Furthermore, Signe & Gurib-Fakim (2019) emphasise the geopolitical potential of Africa, seeking to re-define it as the “African opportunity”. Africa is already the EU’s third largest two-way trading partner, with a surplus for the EU of 18 billion Euros in 2017 (Signe & Gurib-Fakim, 2019).

However, there is growing animosity due to the growth of China’s influence on the continent. Chinese aid to Africa has grown substantially in the last 20 years, having lent the continent more than $130 billion from 2000 to 2018, and in 2018, promised another $60 billion of investment to the continent (Shepherd & Blanchard, 2018; Signe & Gurib-Fakim, 2019). Soft power has long been a pillar of EU-Africa relations, with France being the primary EU nation driving diplomatic relations. The rise of Chinese aid and investment threatens this strong relationship, and is therefore something the EU must beckon NATO to increasingly address (see Signe & Gurib-Fakim, 2019). NATO (2020, p.34) claims that “when [its] southern neighbours are more secure, NATO is more secure”, and propounding the importance of the NATO-EU-AU synergies in the near future, including a reconfiguration of “NATO’s aims, engagement and actions in the South” to address “Russian and Chinese presence, interests and activities” altogether (p.35).

Similarly, the EU must implore NATO to embrace relations in the Indo-Pacific region. A. Wess Mitchell, the former CEO of the Center for European Policy Analysis, stated “the really big message is that NATO has to adapt itself for an era of great power competition that includes not only Russia, but also China” (Gordon & Marson, 2020). It is also believed “if NATO did not go to the Indo-Pacific, the region would come to NATO” (Jean-Loup, 2019 p.3). Considerably, the two major roles NATO could play in the Indo-Pacific are in maritime security coordination and training of regional military forces. Presently, a coherent security alliance for the Indo-Pacific is lacking, and thus NATO’s focus on the Indo-Pacific would cater to the United States’s desire for a “networked security architecture” in the region (Jean-Loup, 2019 p.2). This could possess various focal points, including a broad focus on cybersecurity, space, non-proliferation and conventional deterrence measures. Additionally, NATO could provide resources to countries most susceptible to Chinese expansionism. With a strong emphasis on the Belt and Road Initiative (BRI), a comprehensive strategic focus of NATO on the Indo-Pacific can counteract concerns of China’s actions and intentions for the Indo-Pacific (Chaban et. al, 2017; Jean-Loup, 2019).

Furthermore, the complex politics of transnational energy security emphasises the importance of the EU’s relationship with the Indo-Pacific. NATO (2020, p.38) claims energy security is a key resilience mechanism for “countering hybrid warfare” and a “critical area of interest for NATO, where the alliance should constantly monitor and bring added value within its means and capabilities”. The EU’s energy security is threatened by the actions of China in its Indo-Pacific engagement (Morningstar et. al, 2020; Yergin, 2020). Notably, Russia’s supply of gas to the EU is under threat due to the increasing shift of gas exports from Russia to China. China accounts for 11% of Russia’s exports, one of the fastest growing of which is energy (Yergin, 2020). Likewise, In December 2019, the 1865 mile long ‘Power of Siberia’ gas pipeline opened between Russia and China, which Putin described as a “a genuinely historical event…not only for the global energy market, but above all, for us, Russia and China” (see Yergin, 2020 p. 125). Projects such as the ‘3 Seas Initiative’, connecting gas pipelines from a ‘North-South’ axis, as opposed to an ‘East-West’ direction to supply the EU, are a response to concerns of geopolitical coercion through Russia’s manipulation of energy security and supply. The US Department of Energy’s Partnership for Transatlantic Energy Cooperation (P-TEC) is a similar policy seeking to bolster energy security and independence for Europe (Morningstar, 2020; Yergin, 2020).

Another key focal point for NATO must increasingly be the Arctic circle. Arctic melting is furthering transnational security tensions for Arctic states, mainly through its opening of new trade routes and exposure of desired natural resources (Saran, 2018; Galgano, 2018). Arctic melting will accelerate existing animosity in the Indo-Pacific and Eurasia, blending the regions together in a single focal point of the Arctic, with these three ‘geographies’ having inextricable interlinkages (Saran, 2018; IMCCS, 2020). Chinese engagement with the Arctic already beckons consternation for the Arctic Council and the EU. China has declared itself a ‘near Arctic state’, and is pursuing a comprehensive engagement with the region (IMCCS, 2020). This includes the Polar Silk Road strategy; a complementary project to the existing Belt and Road Initiative, aiming to instigate economic and social development in the Arctic through a shipping route from Shanghai to Hamburg. This is by using newly formed Arctic waters to avoid Canadian and Russian jurisdictions (Scrafton, 2018; IMCCS, 2020).

While there are concerning geopolitical implications for the Arctic melting, the EU will also suffer severe socio-economic impacts (Crepin et. al, 2017; Alvarez et. al, 2019). Industries such as natural resources and aquaculture will especially face multifaceted impacts, which will affect employment and social dimensions of the EU in an adverse and often unequal manner (Alvarez et. al, 2019). Likewise, infrastructure and ecosystems will face severe damage, thus the economic and social consequences of their inefficacy will create adverse socio-economic outcomes (Alvarez et. al, 2019; Crepin et. al, 2017). Therefore, the EU must lead the Arctic Council to collaboratively address the socio-economic consequences of Arctic melting, often derived from ecosystem denigration instigated by a changing Arctic.

Considering the aforementioned, recommendations for the EU to mediate NATO’s supraregional reconfiguration are:

As the world grapples with its VUCA pervasions, the importance of complexity management and resilience must be strongly underscored. This is across many facets of global society, necessitating diverse responses and policies. For the EU, a key avenue must be an engenderment of NATO’s supraregional pivot, and how it chooses to operate with this pivot. Such partnerships will provide the necessary strength and trust required in the VUCA foreign affairs of the 2020s, instigating a better future for our world.

Christian, S. & Blanchard, B. (2018, September 3). China’s Xi Offers another $60 billion to Africa, but says no to vanity projects, Reuters, https://www.reuters.com/article/us-china-africa-idUSKCN1LJ0C4.

Signe, L., Gurib-Fakim, A. (2019, January 25). Africa is An Opportunity for the World: Overlooked Progress in Governance and Human Development, Brookings Institution. https://www.brookings.edu/blog/africa-in-focus/2019/01/25/africa-is-an-opportunity-for-the-world-overlooked-progress-in-governance-and-human-development/.