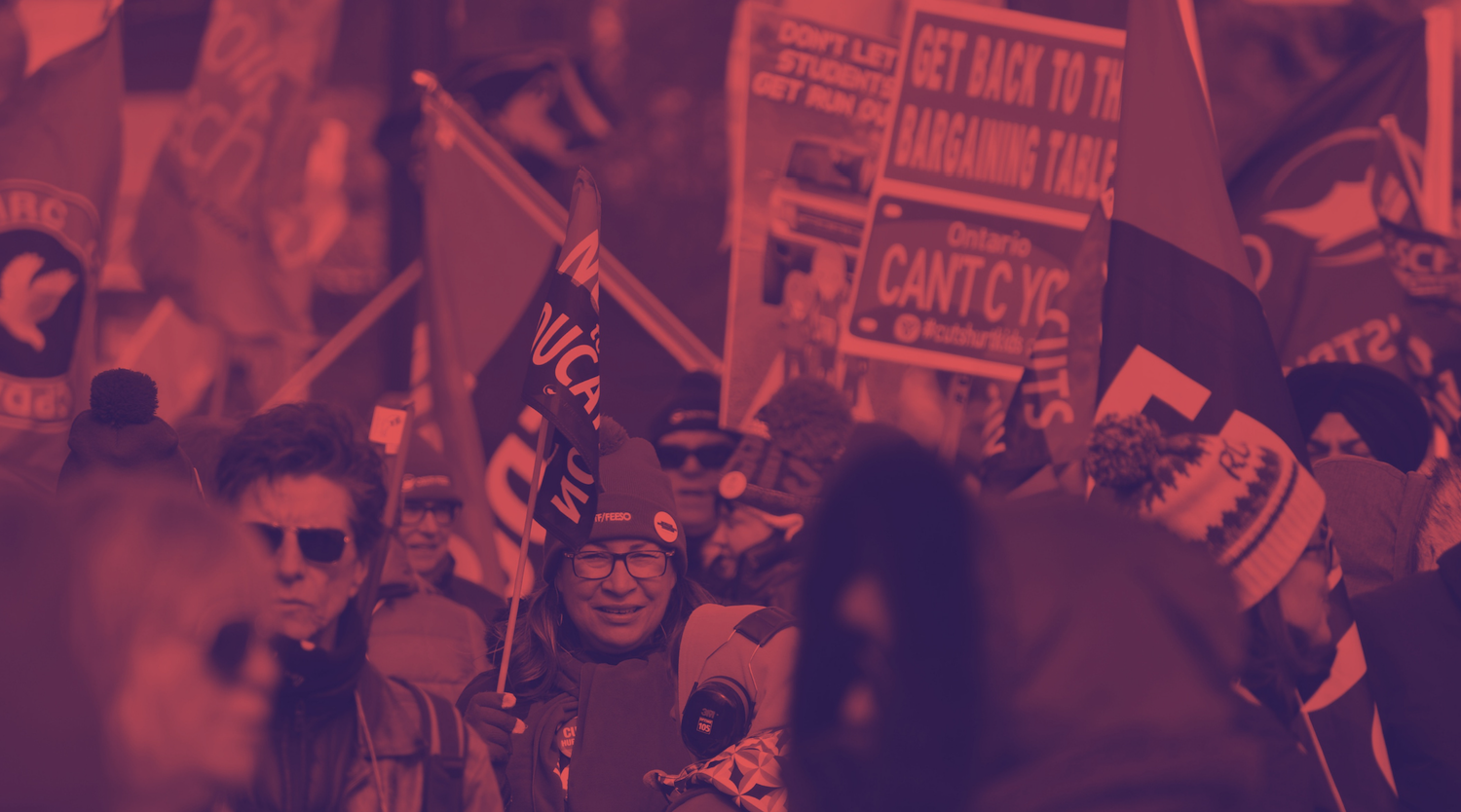 The right to collective action, including the right to strike, was not regulated at the European level until the late 2000s, formerly contained in unbinding documents. Indeed, the right only became part of the EU’s constitutional framework when the Charter of Fundamental Rights (CFR) became legally binding following the entry into force of the Lisbon Treaty. Nevertheless, highly discussed and controversial case law rendered the related EU social policy sphere even more complex (Fabbrini & Granat, 2013). A strike is defined as a tool for collective conflict aimed at safeguarding workers (Lòpez, 2018). It typically entails disrupting the production process and, at its most extreme, involves absolute cessation of work (ibid). The regulation of the right to strike at EU level has resulted in conflict between member states, who were the sole regulators in this area prior to the enactment of the Lisbon Treaty and involvement of supranational institutions such as the Commission. Moreover, the European Court of Justice (ECJ) and the European Court of Human Rights (ECtHR) have often held rather different views on the matter, giving rise to several debates.

This article will attempt to provide an overview of the role and status of the right to strike within the EU. In doing so, it will first assess the legal context governing collective action and related social policies. More specifically, the European legal framework concerning the right to strike will be evaluated and a focus on the conflicts between Member States and the Commission will be outlined. Then, the debates related to discrepancies between the ECJ and ECtHR, and more broadly between the EU’s and the ECHR’s approaches to social policy, will be laid out. Subsequently, a final assessment will sketch out some future perspectives.

The principles surrounding the right to strike are derived from the concept that ‘labour is not a commodity,’ enshrined in the Constitution of the International Labour Organisation (ILO) (Veldman, 2013; Bellace, 2014). In fact, this rule states that work is a core feature of everyone’s daily life and dignity. The principles enshrined in the ILO’s Constitution were the primary source of inspiration for policies and norms governing the right of collective action aimed at the protection of workers at the European level. The following sections will analyse the legal context governing the right to strike at the European level in order to set the basis for further analysis.

The EU’s social issues framework was able to evolve only after the proclamation of the CFR in 2000, which then became a legally binding constitutional tool following the introduction of the Lisbon Treaty in 2009 (Fabbrini & Granat, 2013). Until then, there was no clear or binding recognition of the right to strike or collective industrial action. In 1989, a right to strike was included in the Community Charter of Fundamental Social Rights of Workers, albeit without binding value. Furthermore, the Amsterdam Treaty of 1997 entrusted the EU with a competence in the social policy sphere, but the rights to associate, strike and impose lockouts were expressly excluded. The ratification of the CFR, especially following the implementation of the Lisbon Treaty, marked a turning point. Specifically, the Charter contained a provision protecting the right of workers to undertake collective action, including strikes. Additionally, the ECJ’s rulings in the Viking and Laval cases, represented a substantial jurisprudential shift in this area. These recognised the right to undertake collective action as a fundamental right that has to be reconciled with the four fundamental freedoms of the Union. More specifically, in the Viking case, the ECJ stated that:

‘… It must be observed that the right to take collective action for the protection of workers is a legitimate interest which, in principle, justifies a restriction of one of the fundamental freedoms guaranteed by the Treaty […] and that the protection of workers is one of the overriding reasons of public interest recognised by the Court’ (para 77).

Furthermore, the Court in Laval maintained that ‘the right to take collective action for the protection of the workers of the host state against possible social dumping may constitute an overriding reason of public interest’ (para 103). Finally, in 2012, the Commission submitted a legislative proposal aimed at building a framework for the management of cross-border industrial and labour disputes which, as will be explained below, are no longer excluded from the EU competences after Viking and Laval. However, member state national parliaments issued their first yellow card under the Treaty of Lisbon’s Early Warning Mechanism, leading the Commission to first review and then withdraw the proposal (ibid; Cooper, 2015). In a letter to the national parliaments, the Commission held that it still considered the proposal compatible with the subsidiarity principle, which the member states perceived to be breached. The ambiguity surrounding the EU’s regulatory competences within this field creates a degree of confusion and uncertainty that, despite the strength of the case law, leaves key debates wide open.

The ECJ and the ECtHR

Shortly after the Viking and Laval decisions, the ECtHR was called to rule on two similar cases in Demir and Enerji. In these judgments, the ECtHR incorporated the socio-economic rights of collective action and strike into the traditional human rights catalogue of the European Convention of Human Rights, hereinafter ECHR (Veldman, 2013). In Demir, for instance, the ECtHR recognised the right of collective action as an essential element of Art. 11 ECHR, which regulates the right of freedom of assembly. To this end, the Court stated that it:

‘… considers that, having regard to the developments in labour law, both international and national, and to the practice of Contracting States in such matters, the right to bargain collectively with the employer has, in principle, become one of the essential elements of the “right to form and to join trade unions for the protection of [one’s] interests” set forth in Article 11 of the Convention, it being understood that States remain free to organise their system so as, if appropriate, to grant special status to representative trade unions. Like other workers, civil servants, except in very specific cases, should enjoy such rights, but without prejudice to the effects of any “lawful restrictions” that may have to be imposed on “members of the administration of the State”’ (para 154).

For this reason, once the EU accedes to the ECHR, it is likely that there will be a clash between the two legal systems on the dimension of collective action. Having taken two opposing jurisprudential paths, the two legal orders will be incompatible for a number of reasons. Firstly, while the ECJ starts its legal analysis from the possible breach of the fundamental economic freedom of the internal market, the ECtHR generally initiates its reasoning from the infringement of a fundamental human right or, in this case, the right to strike (ibid). Furthermore, it is clear that, in a human rights law system such as the ECHR, the role of economic freedoms is conceivable only if it does not outweigh fundamental rights. In other words, the ECtHR’s view starkly opposes the view expressed in  from Viking (ibid). Finally, the issue of cross-border disputes is particularly striking due to the lack of a European system of industrial relations aimed at tackling economic competition on working conditions (ibid). In fact, member states generally want to maintain sovereignty over their social policies, and the yellow card issued against the Commission’s proposal in 2012 provides further evidence of this. As a consequence, the lack of a European system of industrial relations appears to be one of the major obstacles to the conciliation of the EU and ECHR legal orders (ibid).

The right of collective industrial action, including the right to strike, was introduced in the EU’s legal system only recently, following the entry into force of the Lisbon Treaty. Despite being acknowledged as a fundamental right under Art. 28 CFR and by the ECJ in Viking and Laval, it was restricted by mandatory justification and proportionality tests in the same rulings. This fundamentally means that trade unions have a more limited possibility to safeguard the interests of workers in cross-border situations. It can indeed be argued that entrenching the lawfulness of collective actions with vague proportionality tests has an evident preventive effect on the opportunity of exercising fundamental right to strike (Directorate General for Internal Policies, 2010). Moreover, the yellow card issued by member states against the Commission’s legislative proposal demonstrates that the right of strike generally remains embedded in member state competences. Issues such as cross-border labour competition and social dumping, however, pose a great challenge to this tendency. The difficulty to regulate socio-economic cross-border disputes at the supranational level hinders the progress of the sphere of social policy within the EU legal order. Additionally, the opposite stance of the ECtHR in its case law, coupled with its different starting point and nature, casts a shadow of uncertainty over the accession of the EU to the ECHR. It would be feasible to reconcile the two legal orders over the scope of collective action if a system of industrial relations were established at the EU level. This possibility, however, does not seem achievable in the near future. Finally, it is crucial to note that the Covid-19 pandemic has deeply impacted workers’ exercise of their right strike, as well as the possibility of moving forward towards further regulation within this scope. Not only have physical gatherings been largely limited across Europe, but national governments have also tried to curb the epidemic curve by taking unilateral decisions that have had an impact on European workers (EESC, 2020). During a recent EESC online hearing, officers discussed whether the fundamental rights of European workers—including the right to strike—have indeed been violated by the restrictions imposed by national governments. As noted by Nicola Countouris, Director of the Research Department at the European Trade Union Institute, the measures imposed by national governments have indeed somewhat undermined the fundamental rights of workers, but they cannot be considered as breaching the CFR (ibid.). According to Countouris, the right of workers may be balanced and possibly derogated vis-à-vis exceptional circumstances such as the Covid-19 emergency, which threatens the right to life in the first place (ibid.).

Directorate General for Internal Policies, (2010). The Impact of the ECJ judgements on Viking, Laval, Ruffert and Luxembourg on the practice of the collective bargaining and the effectiveness of social action. European Parliament.

Fabbrini, F. & Granat, K. (2013). “Yellow card, but no foul”: The role of the national parliaments under the subsidiarity protocol and the Commission proposal for an EU regulation on the right to strike. Common Market Law Review, 50(1), 115-143.

Veldman, A. (2013). The Protection of the Fundamental Right to Strike within the Context of the European Internal Market: Implications of the Forthcoming Accession of the EU to the ECHR. Utrecht Law Review, 9(1), 104-117.