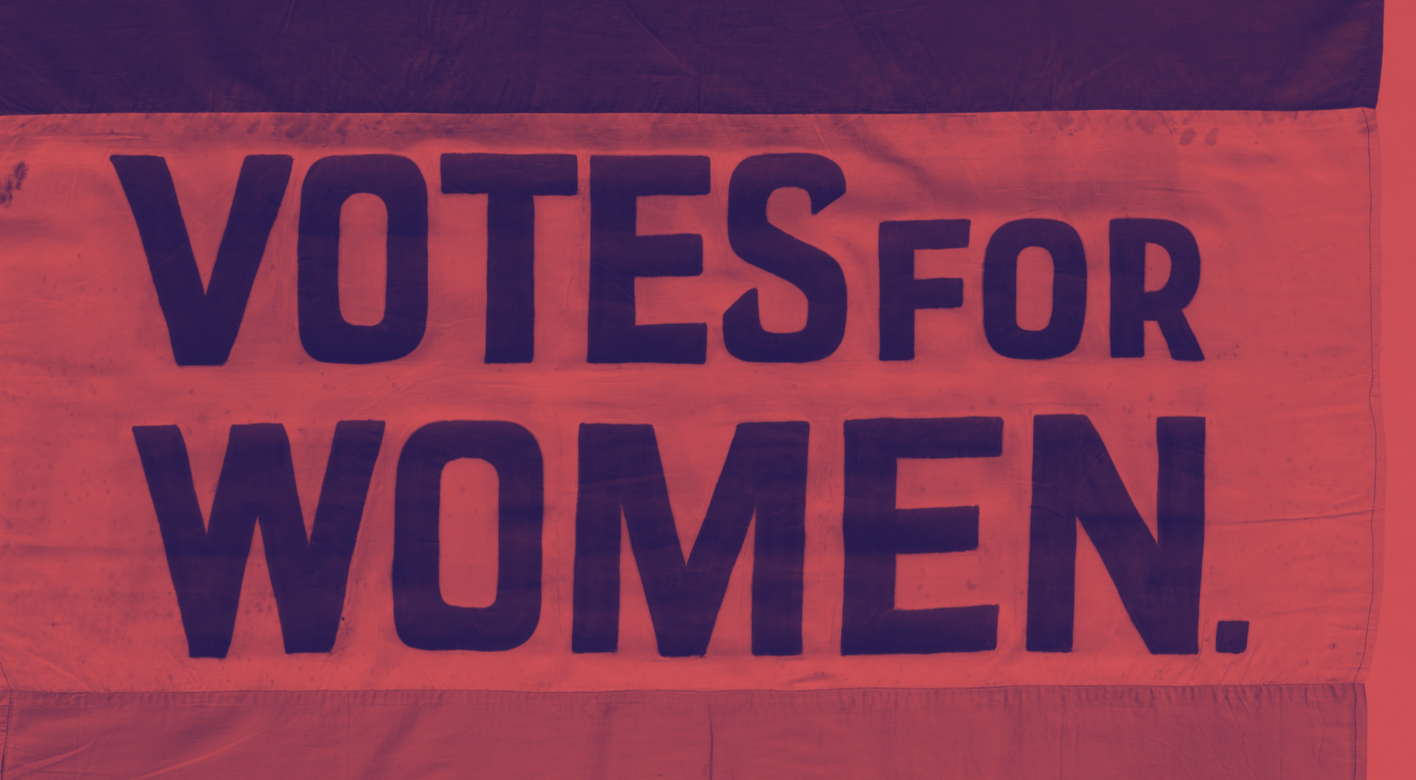 7th February 1971 marks a significant day for Switzerland. After a total of 70 attempts on municipal, cantonal and federal level, female suffrage finally became a reality at the federal level. Women’s suffrage was slowly implemented among sovereign nations toward the end of the 1800s, starting with New Zealand in 1893 (World Suffrage Timeline – Women and the Vote, 2020) and later followed by the Nordic countries, namely Finland, as the first European nation to implement the right for women to vote in 1906 (Lane & Kenny, 2018). Just 50 years later, we revisit the path that led to female suffrage and evaluate what still needs to be done.

In the 1920s, “such women” were those described as wearing a tie, a shirt and having unusually large hands; this was a motive featured on political posters to persuade eligible voters to not support female suffrage (Büchi, 2021). Moreover, these women were also labelled as career women or bad housewives, where the male counterpart would be a man pushing a stroller. The focus was generally placed on the stereotypes that must be fulfilled by women: taking care of their children and ensuring that dinner was served for their families. This argument was also made later in 1946, when another attempt was made to grant universal suffrage. Afterall, if women living in the countryside were to go to the polls, who would make lunch?

Although Switzerland perceives itself as an advanced country in contrast to all its neighbouring countries, in terms of gender equality it has often found itself acting as an island located in the middle of nations that have developed stronger gender equality laws than itself; by the 1950s, women in all neighbouring countries had already been granted the right to vote. This situation is not unique, take for instance the popular initiative from 27th September 2020, where the local population voted on the extension of parental leave from one or two days to four weeks – a topic that has been well established at EU-level (Bundeskanzlei, 2021). The Swiss parliament drafted an indirect counter-proposal, suggesting two weeks instead, which entered into force on 1st January 2021. In a dispatch issued by the Federal Council, they argue that such paternal leave would additionally strain the economy and allocate organisational challenges for companies, and although comprehending the desire for such a parental leave, priority should instead be given to childcare offers (Schweizer Bundesrat, 2018). In contrast, the EU Directive on Parental Leave grants at least four months, where a minimum of one out of the four months shall be granted on a non-transferable basis to encourage both parents to make use of the parental leave (Council of the European Union, 2010).

Finally, in 1971, the situation changed and seemingly there were no more convincing arguments to support men in their endeavour to prevent women from becoming involved in matters that were supposedly “too complicated” for women to comprehend. Impudently, men approached the situation not by granting suffrage as a fundamental right but rather as a generous gesture made by them. This time, political posters depicted men with a flower bouquet, as a gift to Swiss women (Büchi, 2021). Even despite women’s suffrage having been granted at national level and in most cantons, women were still restricted in terms of what they could and could not do. It was after only 1985, when women were able to open a bank account, work without the approval of their husbands and finally, in 2005, paid maternity leave was only written into the law (Jones, 2019). As such, Switzerland has been and still is a slightly backward society in terms of achieving gender equality.

In 1997, Switzerland finally acceded to the Convention on the Elimination of All Forms of Discrimination Against Women, one of the most widely ratified treaties, also frequently referred to as the international bill of rights for women. In its first article it defines discrimination against women as:

“any distinction, exclusion or restriction made on the basis of sex which has the effect or purpose of impairing or nullifying the recognition, enjoyment or exercise by women, irrespective of their marital status, on a basis of equality of men and women, of human rights and fundamental freedoms in the political, economic, social, cultural, civil or any other field” (United Nations General Assembly, 1979).

The Convention continues by outlining measures that must be taken by States to further equality and erode any gender-based discrimination, while its implementation is supervised by the Committee on the Elimination of Discrimination against Women (CEDAW). States generally submit reports every four years and receive concluding observations from CEDAW addressing positive aspects as well as principal areas of concern and recommendations. In 2003, CEDAW had already voiced concerns over the “pace of change” in Switzerland, specifically referring to its delayed ratification of the Convention and the fact that women received the right to vote rather late ( CEDAW, 2003). In its most recent concluding observations, CEDAW recommended that Switzerland, for instance, “strengthen efforts to eliminate the gender wage gap and ensure equal opportunities for women and men in the labour market” as well as “address discriminatory stereotypes and structural barriers that may deter girls from progressing beyond secondary education and enrolling in traditionally male-dominated fields of study, such as mathematics, information technology and science” (n, CEDAW 2016).

In November 2020, Switzerland submitted another report citing vast improvements including the development of the first equality strategy and that the law has been amended in various ways to enhance equality (Federal Office for Gender Equality, 2020). On the other hand, it describes the continuing struggle of violence against women, inequality in the workplace and challenges in balancing private and work life (Federal Office for Gender Equality, 2020). A significant impact has been made by Logib, the Swiss Confederation’s standard analysis tool aiding in equal pay assessments (Federal Office for Gender Equality, n.d.) which has been developed to promote equal pay. Positive results ensued from the implementation of Logib as employers consequently adjusted wages upon having conducted an analysis, and the tool itself was in turn also internationally recognised for its success (Federal Office for Gender Equality, 2020a). However, although employers are required to provide equal pay under Article 8(3) of the Constitution, women still earn around 20% less on average due to discrimination while also having to tackle the task of balancing family life with work (, SWI, 2020). The latter is reflected in the previously mentioned response by the Federal Council, where eliminating the stereotypical gender roles, which have been transmitted from one generation to the next, by involving both men and women in the care-taking process is not necessarily considered to be a priority.

Overall, Switzerland has a high quality of life, yet in terms of gender equality, still lags behind its neighbours. It is not too long ago that women in Switzerland were still unable to vote or were heavily dependent on their spouses – values that are still ingrained and passed from generation to generation today. There is still much to be done, especially when comparing Switzerland to other developed economies, however, it seems that local voices are finally being heard, pressing the government to step up the pace, even if just slightly.

Committee on the Elimination of Discrimination against Women. (2016, November 18). Concluding observations on the combined fourth and fifth periodic reports of Switzerland. Eidgenössische Kommission Für Frauenfragen. https://www.ekf.admin.ch/dam/ekf/de/dokumente/studien_empfehlungen/2017_CEDAW%20Concluding%20Observations_en.pdf.download.pdf/2017_Empfehlungen%20CEDAW-Bericht%204_5_EN.pdf

United Nations General Assembly. (1979, December 18). Convention on the Elimination of All Forms of Discrimination against Women. OHCHR. https://www.ohchr.org/en/professionalinterest/pages/cedaw.aspx