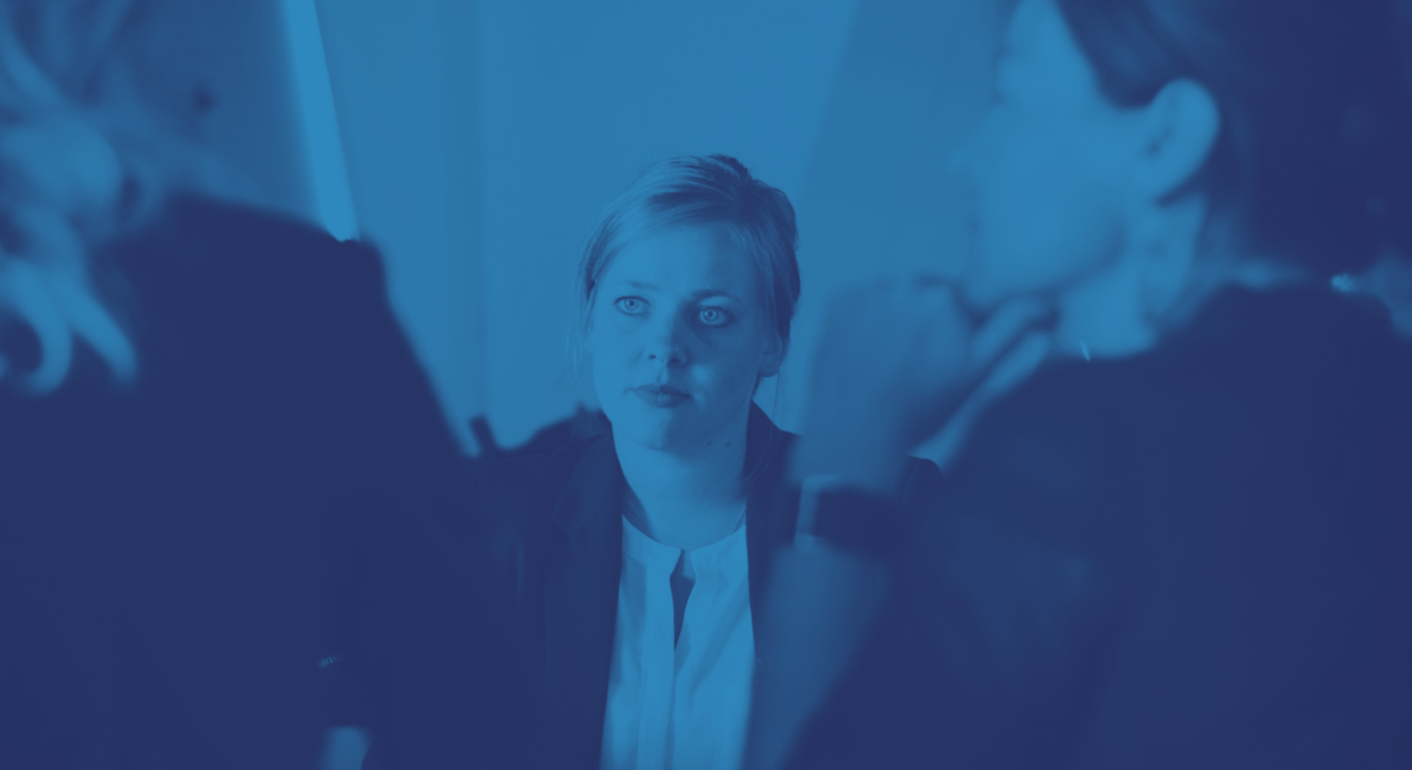 International Women’s Day (IWD) is a day where we celebrate the progress and effort we have made as a global society to create a gender equal world. The theme for IWD 2021 is #choosetochallenge.[1]​ However, IWD is also a day where we recognize our shortcomings, the existing gap preventing us from evolving into an ideal gender equal world and challenge ourselves to do better. It is of utmost importance to recognize the gender stereotypes still present in today’s world and positively work to eliminate them.

Gender stereotypes are engraved deeply in most of the countries in the European Union, hence they are still affecting the roles women hold in the social, professional and cultural context.[2]​ There are a variety of factors that may affect the stereotypes prevalent in the society. Examples​ include religion, legislation and political standing of the country.[3]​ These​ spheres​ hold the power to influence individuals and their beliefs towards gender equality,​ and subsequently they inform societal stereotypes​ against women.

Looking at the political sphere, the views of the political party in power can have a great impact on the society’s views on gender stereotypes. For instance, one​ might argue that an​ individual that supports the right wing will be more likely to believe and uphold traditional gender stereotypes as compared to an individual that supports the left wing. This is because the far-right wing parties may be more traditional, conservative and therefore they are less likely to support gender equality movements or the elimination of gender stereotypes.[4]​ There is a positive correlation between right-wing supporters and benevolent sexism. Most of these supporters have such attitudes engraved in their minds where they believe as men, they have the duty to protect women.​5

This is currently visible in Poland where ​right-wing populism, which is backed up by the Catholic Church, has not implemented any policy to support women or​ eliminate stereotypes.​ ​[5]​ The​ recent implementation of outdated abortion laws demonstrate such socially conservative views; by law, women must continue their pregnancies to full term as they “traditionally should”;​ abortion has been banned. There has also been a distinct lack of effort to​ eliminate gender stereotypes in the educational/professional sphere in​ Poland.​[6]  As a consequence, right-wing supporters are less likely to adopt progressive views; lack of exposure to feminist ideology in Poland prevents traditional gender stereotypes being challenged.​ Whereas the left-wing supporters are more likely to stand against such gender ideologies.

Religion is another sphere that may significantly affect the stereotypes prevalent in a particular country. Religious institutions often promote negative stereotypes and ideas that they deem fit, further promoting the gender hierarchy and social inequality. ​[7] Romania is a very religious country where about 80% of the population are Orthodox Christians​[8] where​ studies show that even though women participate more actively in the economic and the political sphere as compared to the previous years, the negative stereotypes are still very prevalent. [9] Furthermore as churches are considered the moral landmark, they are able to easily influence and reinforce the gender stereotypes that place women in an inferior position limiting their duties solely to the household.[10]

Lastly, a​ country’s legislation​ has​ the ability to positively or negatively influence gender stereotypes. The ​courts​ and policymakers hold great sway in terms of influencing​ and shaping future views through legislation. Unfortunately, the ECJ has reinforced gender stereotypes through some of its decisions. In the cases of Commission v Italy and Hofmann v Barmer Ersatzkasse, the national work-family legislation was challenged by men that wanted to care for their child like the mother could.​[11] However,​ in both cases,​ the ECJ dismissed their cases and negatively​ institutionalized the idea​ that​ child-caring responsibilities ought to fall upon women​.​This legislation​ serves to further​ engrave traditional family views,​ where​ the woman is responsible for the household duties including childcare and the man is responsible to work and earn for the family, in societal consciousness​ .​

In conclusion, in order to positively eliminate gender stereotypes and their​ impact on women, all these spheres must​ commit​ themselves to positive change. The three spheres have great power and can be used positively to​ eradicate negative gender stereotypes. Even after all the progress we have had on the gender front, stereotypes such as “women are homemakers” or “women are too emotional” are still prevalent. Ironically, these days stereotypes have been incorporated into the entertainment industry and given a humorous perspective. Have we become too progressive, or have we taken a few steps back again?​ On a global scale, it is imperative that we work​ together​ to eliminate these individual cases of gender stereotyping​ so that we can continue to make movements towards a world which practices and promotes gender equality.

[4] ​Beatley, M., 2021. Betting on Anti-feminism as a Winning Political Strategy. [online] The Atlantic.

[5] ​Gwiazda, A. (2020). Right-wing populism and feminist politics: The case of Law and Justice in Poland. ​International Political Science Review​, 0192512120948917. & The Breath of the Government​            on My Back”​. Human Rights Watch. (2021). Available at: https://www.hrw.org/report/2019/02/06/breath-government-my-back/attacks-womens-rights-pola nd.​ & ​KARAT Coalition. (2014). ​Alternative Report on the the implementation of the Convention on the Elimination of All Forms of Discrimination Against Women (CEDAW)​. KARAT Coalition in Consultative Status with the Economic and Social Council of the United Nation. Retrieved from https://tbinternet.ohchr.org/Treaties/CEDAW/Shared%20Documents/POL/INT_CEDAW_NGO_POL_ 18378_E.pdf