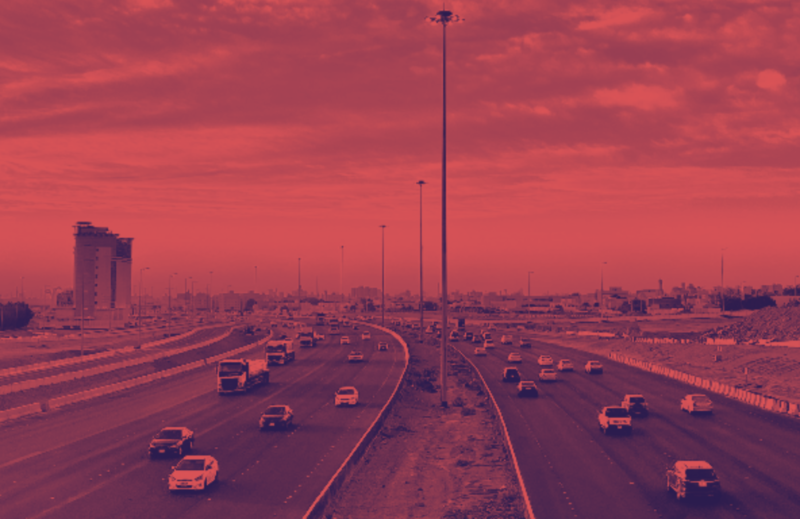 On the 8th of October 2021, the UK government launched a fourteen-week consultation with businesses in preparation for a trade deal with the Gulf Cooperation Council (Gov.UK Press Release, 2021). If reached, a deal would represent an improvement on the relations Britain had as an EU member, securing more leverage on the Gulf region (James, 2021).

Just a few days later, ministers, meeting at the EU Foreign Affairs Council, acknowledged the pivotal role played by Gulf countries on foreign policy issues. On that occasion, High Representative Josep Borrell declared that “the EU has a strategic interest to engage with them”, especially in areas contributing to the global and regional agenda (EU Reporter, 2021). The plans of opening a new EU delegation in Qatar, and working on a Joint Communication with the Gulf, as set out in the Commission Work Programme 2022 (European Commission, 2021), suggest that next year will be pivotal in shaping EU-GCC relations. Or, at least, demonstrate the EU’s commitment to take up a more strategic role, now that it cannot rely on the UK’s connection to the region. However, it still needs to be seen to what extent, and how, these geopolitical aspirations will translate into practice.

This article attempts to overview the changing dynamics between the EU and the GCC and their possible path forward in the post-Brexit scenario.

The GCC, the EU, and the Anglo-Saxon hegemony The Gulf Cooperation Council is an interregional organisation of six states (United Arab Emirates, Saudi Arabia, Bahrain, Oman, Kuwait, and Qatar) that was founded by the then monarchical rulers in 1981 as a response to the ruptures in regional order following the Iranian Revolution (1979) and the Iran-Iraq War (1980). The reason that these six Gulf states gathered together was primarily the security concern that the uprising taking place in the neighbouring countries would undermine the stability of the monarchies.

However, the GCC still needed to rely on external actors as security guarantors. Until the late 1960s, Great Britain – having interests in the east of Suez – had been the principal security provider. The situation changed in 1968 when the British withdrew from the region and the US took advantage of the situation, offering military support to GCC countries, consequently establishing a new US hegemony over the region (Cristiani, 2021). However, this shift from British to American hegemony did result in a significant change in GCC relations with external powers, as the region continued to rely on external security protection and struggled to independently define itself (Cristiani, 2021).  Aware of its limited military capabilities, the EU started engaging with the GCC in areas of political and technical expertise portraying a model of successful regional cooperation (Fürtig, 2004) and soon came to be perceived as the “US’s side-kick” (Koch, 2014).

The Cooperation Agreement, signed in 1988 and adopted in 1990, represented a milestone and is still the basis for EU-GCC relations. Establishing a Joint Council that

convenes once a year to define the general guidelines of the partnership, the agreement identified the three pillars of EU-GCC: political collaboration, free trade negotiations, and economic cooperation (Fürtig, 2004). Considering the significant import of energy supplies and export of goods (especially for France, the UK, and Germany), it soon became evident that the EU was primarily interested in the trade aspect of this relation, seeing the conclusion of a Free Trade Agreement (FTA) the “prerequisite for a broader strategic partnership” (Youngs & Echagüe, 2007:30). The negotiations, however, encountered several obstacles (such as the difficulty to establish a  GCC customs union and the pressure from the petrochemical lobby on the EU part) throughout the years, fueling a sense of frustration on both sides.

When, in 2003, the US invaded Iraq, threatening  regional stability, the GCC countries looked at the EU as a potential alternative to fill the vacuum left by the disillusionment over US policy and take a distance from Washington (Russell, 2007). Although initially, the EU-GCC partnership gained new momentum with the opening of the first European Commission Delegation office in Riyadh in 2004, the multilateral relations between the two regions remained relatively underdeveloped compared to bilateral relations between individual EU and GCC member states (Koch, 2013). As argued by Youngs & Echagüe (2007), this mismatch between EU and individual states’ interests is given by the fact that certain members (as the UK, France, and Germany) could exploit their historical legacies within the Gulf region to create bilateral commercial links and, thus, favoured the status quo at the expenses of a common EU policy approach. If necessary, member states would even go against the EU’s policies to pursue their interests, putting the Union in an uncomfortable and weak position to advocate for conditionality in its relations with the Gulf (Colombo, 2017). This multilayered and hyper-institutionalised approach lacked strategic coordination and created confusion among the Gulf rulers, who could not grasp the dynamics underlying EU policy-making processes (Bianco, 2021). At the same time, with its tendency to look at the Gulf as a homogeneous region, the EU failed to recognise the different ambitions and needs of the individual GCC states (Ghafar & Colombo, 2021).

EU-GCC relations encountered a significant deadlock when, in 2008, the global financial crisis shifted the balance of negotiation power in favour of the Gulf countries that unilaterally decided to suspend the FTA talks (Koch, 2013; Schumacher, 2018). Understanding the necessity for a fresh approach, the EU-GCC Joint Ministerial Council approved a Joint Action Plan in 2010 aimed at improving cooperation not only in areas of trade and economic, but also in culture, information technology, education, and scientific research (Koch, 2013). The JAP, however, did not live up to the expectations and came to an end in 2013. This was also partially provoked by the Arab Spring uprisings which occurred in several MENA countries (including GCC members) in the early 2010s, challenging the stability of the region and “heighten[ing] the fragmentation and competition within the GCC group” (Ghafar & Colombo, 2021).

Tensions in the Gulf region reached their peak in 2017 when Saudi Arabia, the UAE, and Bahrain sided with Egypt and severed diplomatic relations with Qatar leading to the gravest crisis in the history of the GCC (Bianco, 2020). On this occasion, the response of the EU and its member states lacked coordination: if on the one hand, the EU supported (at least on the paper) Oman and Kuwait’s attempt restore intra-GCC mediation, on the other hand, individual member states (mainly the UK and France) were more reluctant to take a position that could potentially affect their bilateral relations with the Gulf (Bianco, 2020). The US reaction was more straightforward, with the Trump administration siding with Saudi Arabia and the UAE and deciding to reimpose sanctions on Iran. The successive Iranian attack on the American embassy in Baghdad and the killing of General Qassem Soleimani by the US in early 2020 paved the way for the escalation of conflicts in Iran and Yemen. These events not only significantly affected the security of the GCC but also put an end to the US’s role as the external regional hegemon (Cristiani, 2021).

The scenario emerging from this overview is a complex intersection of regional, interregional, and global dynamics directly shaping EU-GCC relations.

On the EU side, the inability to define a common strategic framework led to the rise of bilateral deals at the expense of a multilateral approach (Ghafar & Colombo, 2021). On the GCC side, as the 2017 Qatar crisis demonstrated, “the narrow preoccupation with regime security in the region has fostered mutual distrust [between GCC members] that inhibits the emergence of effective institutional mechanisms that could facilitate regional cooperation” (Hoetjes, 2021:13).

Brexit – as Cristiani predicts (2021) – could further impact the already fragile interregional relations and diminish the EU’s outreach to the Gulf, considering that the UK has long been a crucial link between the two regions. However, as High Representative Borrell confirmed, the EU recognises the strategic role played by the GCC, especially in issues of mutual concern (as in Afghanistan or the MENA region – EU Reporter, 18/10/2021).

What could the Union do to ensure a smoother – and hopefully closer – cooperation with the Gulf Cooperation Council, then?

The time has come for the EU to realise that a large-scale, top-down comprehensive cooperation framework is no longer an option (Ghafar & Colombo, 2021); instead, better coordination between the limited, institutional multilateral framework and bilateral partnerships appears as a more sustainable path forward in EU-GCC relations.

In this way, the EU could take advantage of the preferential relations that certain member states have cultivated with GCC countries and embed these initiatives within a broader EU vision towards shared problems (Colombo, 2017). Looking at the areas of interest between the EU and the GCC, Ghafar & Colombo argued that cooperation in energy, climate, sustainable development, education, and people-to-people connections could deepen mutual understanding from both sides, tackling an issue that has been at the core of EU-GCC relations since the very beginning. The possibility of security cooperation in the MENA region (an area of strategic interest for both parts) could also align with the Von der Leyen Commission’s desire to play an active geopolitical role on the regional and global stage (Colombo, 2017).

After more than 30 years, relations between the Union and the GCC are at a crossroad: further cooperation or distancing. Having lost a pivotal link to the region (the UK), the EU seems to have understood the strategic necessity to strengthen its outreach to the GCC in a more practical, initiative-based way. Even if a path forward is possible, it remains to be seen how the EU will frame its approach in the upcoming Joint Communication next Spring, a decision likely to be shaped by the ongoing UK-GCC trade deal negotiations.

Schumacher, T. (2018) “The EU, Middle Eastern powers and the milleu-shaping in the ‘shared’ Arab Mediterranean Neighbourhood: a story of mutual respect”. Contemporary Politics. 24 (1): 46-64.