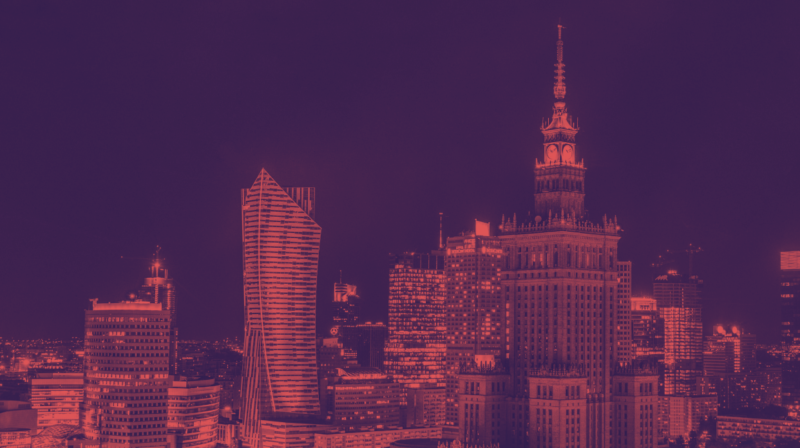 “However painful or regrettable Brexit may be, it will not stop the EU as it moves to the future; we need to move forward.” – Jean-Claude Juncker, 01 March 2017

The European Union (EU) was created with one goal in mind: ending once and for all the bloody wars that had plagued Europe which had culminated in the overwhelming suffering and destruction brought about by the Second World War. Thus, with that rationale in mind, the European Coal and Steel Community (ECSC) was established in 1951 between six countries; Belgium, West Germany, France, Italy, Luxembourg, and the Netherlands. The Community’s aim was to organize the free movement of coal and steel, enabling the push for economic expansion, increased employment, and better living standards (European Union, 1951). Essentially, it’s aim was to tie the main players in Europe economically, so it would then be senseless to engage in war with each other as the economic cost would be crippling to the countries. From that foundation, the Union has continued to develop and grow as a supranational entity. For many, the EU has brought peace, security, and the free movement of goods, people, services and capital. Despite all of these benefits, many Member States and their citizens have shown dissatisfaction with the measures the EU has taken in situations such as the Eurozone crisis and more recently the Covid-19 pandemic (Henley, 2021). This dissatisfaction has fueled the rise of Euroscepticism and other anti-EU movements which advocate for, among other things, their country’s withdrawal from the European project.  If a Member State seeks to leave the EU, they can trigger Article 50 which states “Any Member State may decide to withdraw from the Union in accordance with its own constitutional requirements.” (European Union, 1992). This Article has only been activated once. In 2016, the UK voluntarily withdrew from the EU, ending its 47-year membership and became the first ever sovereign country to leave the Union. (Cîrlig, 2020). Following Brexit, there have been growing rumblings in the other  Member States showing a desire to leave the EU, one of them being Poland. This article aims to analyse the growing tensions between Warsaw and Brussels, through the analysis of Poland’s history with the EU, seeking to answer the question; is Poland on the path to Polexit?

Poland, in recent times, has often had clashes over various issues with Brussels particularly since the coming to power of the PiS government. The Law and Justice Party (PiS) began making changes to the Polish legal system after its electoral victory in 2015 and since then has faced criticism for many years over its repeated campaign aimed at changing the country’s legal system.  One of the main conflicts is that the Constitutional Tribunal in Warsaw held that some of the provisions in the EU treaties as well as some EU court rulings go against Poland’s highest law, essentially seen by many experts as a step towards the effective departure of Poland from the bloc (Peltier & Pronczuk, 2021). The European Court of Justice also ruled that the legislation granting the Polish government the ability to appoint and remove judges from trials is a violation of EU law, as Prime Minister Morawiecki’s nationalist government has stacked the constitutional court and selected judges themselves. As a result, the EU has stated that the PiS is infringing on the independence of judges and has accused them of politicizing the judicial system, ultimately going against fundamental EU values (Wittek, 2021). Additionally, the Polish government has promised to dissolve the disciplinary chamber for judges it set up which was ruled by the European Court of Justice to violate EU law on the independence of the judiciary but has failed to do so.

Other recent clashes concern sanctions for the above rule of law concerns and legislative decisions which violate core European protections for LGBTQ persons. For example, Warsaw has been accused by Brussels of holding back in its decision on whether or not to distribute around 30 billion euros worth of post-pandemic funds. In terms of anti-LGBTQ policies, not only are same-sex relationships not legally recognized in the country but in 2019 there were resolutions passed that described campaigns for gay rights as an attack on “traditional” Catholic values with almost 100 other regions passing similar anti-LGBTQ resolutions as well. The EU has shown the intention of taking action against Poland if its violations continue to occur including deploying initial dialogue, legal proceedings, as well as threatening to impose sanctions (Peltier & Pronczuk, 2021) such as in the case of the anti-LGBTQ resolutions that were passed. The dire situation caused the European Parliament to declare the EU an “LGBTQ Freedom Zone” since March 2021 as a response to the growing discrimination and attacks not only in Poland but also in Hungary (European Parliament, 2021). The threat to remove funding of around €126 million from their local governments alongside political action has successfully forced a few regions in southern Poland to revoke their anti-LGBT resolutions such as local goverments in Małopolska, Lublin, Podkarpachie, and most recently Swietokrzyskie (Easton, 2021). However, the lingering tension and distrust between Warsaw and Brussels endure, seriously affecting  Poland’s international credibility and its relationship with the other Member States.

Nevertheless, Poland’s Constitutional Tribunal continues to reject the principle that EU law has primacy over national legislation in certain judicial matters, insisting that parts of EU treaties are incompatible with Poland’s constitution (Tilles, 2021). Morawiecki has claimed that the EU institutions treat its Member States as mere vassals, taking power without a clear legal basis as well as imposing its values against the contrary will of the sovereign citizens of the Member States. Moreover, with the threat of sanctions from the EU, he has claimed such action is blatant blackmail and should not be tolerated. Ultimately, he holds firm that there must be limits to EU power arguing that there are areas that the EU does not have responsibility over (Auer & Scicluna, 2021).

However, the EU has a principle called the primacy/precedence of EU law which is based on the concept that when a conflict arises between an aspect of EU law and national law, EU law will overrule and dis-apply the infringing national law (European Commission, 2021). On the 7th of October 2021, the EU Commission reaffirmed its commitment to the primacy of EU law over Polish national law in a statement stating that not only does EU law have primacy over national law, but “All rulings by the European Court of Justice are binding on all Member States’ authorities, including national courts” (European Commission, 2021).  The Polish Supreme Court released  a statement, saying: “Contradictions between Polish and EU law…. will in all likelihood lead to an intervention by EU institutions regarding an infringement of EU treaties, and in the longer run [will lead to] the need to leave the European Union.”

“This is an attack on the EU as a whole” – Jeroen Lenears, MEP, EPP Group Spokesman for Justice and Home Affairs, 7 October 2021

With all of the political tension and friction between the aims of Warsaw and the rules of Brussels, it would be easy to assume that Poland is on the path to an inevitable Polexit. However, this is not yet the case. In spite of the high-level political rows currently ongoing, the people of Poland are far from eager at the prospect of leaving the EU. Rather, many of its citizens have demonstrated this, with large protests being held in around 100 towns and cities to oppose the idea, with opinion polls consistently showing a strong backing for EU membership (Easton, 2021). They take a rational stance on the issue and recognize that Poland, and as citizens, have benefited greatly from EU membership. The aforementioned protests took place in early October 2021 to support the country’s continued membership of the EU with around 100,000 people participating in Warsaw (Tilles, 2021). This was mainly as a reaction to the decision made by Poland Constitutional Tribunal but also due to growing frustrations with the country’s continuing slide toward authoritarian politics.

In conclusion, Poland is taking steps further away from core EU values. With clashes between Poland and the EU increasing, the question is whether or not Poland is following, not only EU law but also the fundamental values that are at the heart of the EU’s legal order. Moreover, there is only so much that the EU can actually do since it has long lacked the tools needed to stop its member states from sliding into autocracy if their governments attempt such measures. However, the EU does have responses within its power to remedy the situation. The President of the EU Commission, Ursula Von der Leyen has laid out such measures further withdrawals of funding, a cut of payments, and suspension of voting rights, which it has begun carrying out. One of the most serious possible outcomes could be that the Commission proposes that Poland lose its voting rights in the EU, something which would have to be approved by a majority of other EU members (Amaro, 2021). However, it is vital that the Commission pursues more active and innovative means of ensuring Poland’s compliance with the fundamental principles of EU law. Otherwise, it risks more states joining Poland in defying the core rules of the Union, opening up the potential for an existential threat to the continued effective operation of EU law.