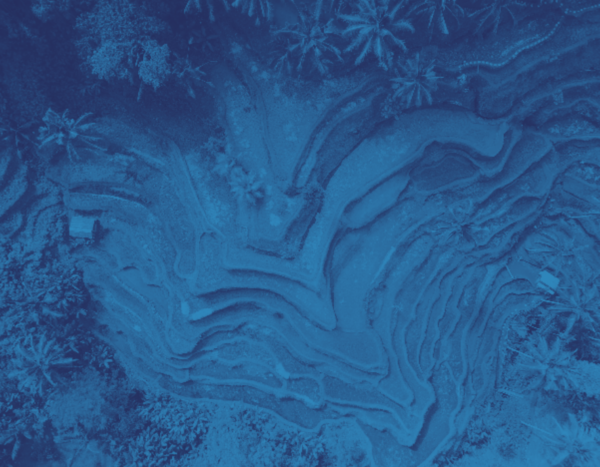 On the 26th of October 2021, for the first time in four years since its last official event, the “U.S.-ASEAN Summit” was attended by the involved representatives and heads of state (Hunnicutt & Brunnstrom, 2021). This event, which showcases an American newfound interest towards the Southeast Asian & Indo-Pacific areas, could be seen as the natural development of a more “East-oriented” Western foreign policy. Indeed, ever since China managed to impose itself as one of the most influential powers on earth, geopolitical interests have not been solely revolving around the US, Europe or Russia anymore. In a way, one could say that the gravity centre of international politics started to move eastward. And so did negotiations, conflicts and Western interest.

Proof of this would be the density of large-scale trade and security agreements which came to fruition in Asia. Strategies like the the “Free and Open Indo-Pacific” (or FOIP, a group of measures that seek to develop the area while ensuring a rule-based international order) (Ministry of Economy, Trade and Industry of Japan, 2021) and the “Quadrilateral Security Dialogue” (QUAD, a quadrilateral, security-oriented deal involving the U.S., Japan, Australia and India) (Envall, 2019) were deployed to exert American soft power and seek new alliances. On the other side, we have the development of a “Regional Comprehensive Economic Partnership” (RCEP, one of the most sizeable regional trade agreements to date) (Department of Trade and Industry, 2021) with the joint expansion of a foreign policy targeted at fostering its relations with some of the most important players in the area -like Japan- for China (Gong, 2020).

The European Union’s general interests towards the Indo-Pacific security concerns has been historically less focused, and definitely less influential (Wong & Brown, 2016). Indeed, as mentioned by Hwee (2009), the EU has been viewed as a player with economic relevance but distant politically and militarily, with a role likely to be “passive and ad hoc”. Considering a world in which the Covid-19 pandemic ended up shaking the movement of people and Global Value Chains (GVCs), where climate change awareness and climate action are getting increasingly more important, and where the EU could lay down the foundation for stronger transatlantic ties (as it might be implied from the G7 discussion about “strengthening our partnerships”) (European Council, 2021), the European Union could become a more influential player in the Southeast Asian region, with strong interests and noteworthy ties. Given these conditions, I will briefly explore the EU’s current relationship with this region and its future interests and prospects.

From an economic/trade standpoint, the tie between the representative group of Southeast Asian countries (ASEAN) and the EU is by no means negligible: total trade flows between the two parties increased in value from EUR 125,234 million in 2010 to EUR 189,520 million in 2020 (as a single entity, in 2020 ASEAN would be the 5th extra-EU trade partner after China, the U.S., the U.K. and Switzerland) (European Commission, 2021c), with relative gains in extra-EU trade for countries members of the Union (as a % of extra-EU trade) both in imports and exports (European Commission, 2021a). Indeed, imports from ASEAN countries to members of the EU increased from 4.9% of extra-EU trade in 2010 to 7% in 2020, while relative exports steadily increased throughout the 2010-2020 decade only to go back to 2010 levels (3.6% of extra-EU trade) due to the covid pandemic (European Commission, 2021a). Nevertheless, heterogeneity among ASEAN members, the unwillingness of providing liberalization of services from most countries in Southeast Asia and differences in the “actorness” (as in, the way in which each institution acts as an individual player) of both ASEAN and the EU made it difficult to pursue a direct Free Trade Agreement (FTA) between the parties (Camroux, 2010).

After the EU-ASEAN Free Trade Negotiations (FTN) began in 2007, efforts to come up with a double-bloc deal were halted only after 2 years (Astuto, 2010). Instead, the EU decided to push for bilateral talks in order to cast a less effective yet swifter barrage of trade agreements eastward. This strategy was concretized through agreements with both East Asian countries and ASEAN members:  the EU-South Korea FTA and the EU-Japan Economic Partnership Agreement have been respectively in force from 2015 and 2019, while in Southeast Asia the FTAs with Singapore and Vietnam have been operating since 2019 and 2020 (European Commission, 2021b). Regarding other ASEAN representatives, talks and negotiations were initiated with a total of 6 members (excluding Singapore and Vietnam: Malaysia, Thailand, the Philippines and Indonesia) (Binder, 2020), and Partnership and Cooperation Agreements (PCA) were negotiated with most ASEAN states to tackle both economic and political problems (Scheler, 2020).

More broadly speaking, the EU and ASEAN have been also engaging in strategic talks which provided a framework to bolster their relationship and lay the foundation for enhanced collaboration on Non-Traditional Security (NTS) issues. One such example would be the “Joint Declaration on Co-operation to Combat Terrorism” in 2003 (ASEAN, 2003) which covered the issue of terrorism after the 09/11 attack in 2001. Leading to the EU-ASEAN FTN, the “EU-ASEAN Enhanced Partnership”, ratified in 2007, covered a number of topics related to democratic values, human rights, climate change action, prevention of international money laundering, cooperation in addressing transborder issues and in general paved the way for a dialogue based on a “long-term vision” and “shared values” (Gilson, 2020). Despite the fact that the EU ended up investing more efforts on multiple bilateral agreements rather than a sole interregional deal, the need to keep this vision as the focal point in EU-ASEAN talks was reiterated in numerous policy documents and communications. Specifically, Scheler (2020) cites the 2012 joint plan of action at the Ministerial Meeting in Brunei where the role of the EU in maritime security, humanitarian assistance and peacekeeping operations (among others) is defined, followed by numerous policy communications from which  it can be inferred that “security consistently moved up the interregional agenda” although in reality there is a sizeable discrepancy between words and facts.

To begin understanding the European Union’s interests and future prospects on Southeast Asia, we can start by going over the EU’s External Relations fact sheet on this region, where it is underlined how the Union is “forging closer ties with Southeast Asian countries and is promoting regional integration with the ASEAN” (Soutullo & Striegnitz, 2021). The document pinpoints “Geostrategic concerns” like the South China Sea dispute, environmental concerns in the densely populated Mekong area, and goes over direct interests like strengthening regional integration with “individual ASEAN members”, (through the already mentioned PCAs and FTAs) keeping in mind that “the ultimate goal remains the conclusion of an EU-ASEAN region-to-region FTA”. Socio-economic stability in the region appears to be also fundamental for the EU, as can be inferred by the Union’s sizable aid funding payments. Indeed, as mentioned by Scheler (2020, p.52), “the EU has constantly increased its payments to the ASEAN region…”, mostly focusing on the least developed countries (ending up excluding some of the most developed members of ASEAN from their development programs) and keeping in mind that “the EU has often used its development assistance to promote regional integration, e.g. through development projects on a regional scale” (Rüland, 2001, as cited in Scheler, 2020).

We have thus multiple layers through which the EU and ASEAN are linked or, in other words, through which the EU would like to get involved in the region. The first and most obvious one would be the “economic sphere”, represented by enhanced trade, development of GVCs, increased investments and economic interdependence. The second one would be an “interregional layer”, through which the EU would like to cast its soft power and push ASEAN countries to be more like-minded to the Union on regional terms. However, this dimension doesn’t appear to have been effective because of the structural differences between the two regional blocs and the different priorities among ASEAN members (Camroux, 2010). Contrasting goals, diverse levels of economic development and deficiencies in ASEAN intra-regional cooperation made it difficult to synchronize both supranational institutions’ goals. This area would also include the EU-ASEAN cooperation talks on climate and global governance which, so far, have been relatively inconclusive as projects like the “Regional EU-ASEAN Dialogue Instrument” (READI) “has been clearly under-performing in the field of climate change” (Goron & Rueppel, 2015). The need to strengthen democratic accountability is also clearly mentioned by the EU, as it will seek to promote EP-AIPA (ASEAN Inter-Parliamentary Assembly) joint meetings (Soutullo & Striegnitz, 2021). The third would be more of a political one, based on peacekeeping, security and geopolitical solidity. Political stability bolsters economic growth (Feng, 1997) and incidentally favors increased trade between bigger and similar economies (Anderson, 1979), making it clear how even the last two layers have strong linkages with the first one. As an example, Scheler (2020, p.47) brings up the South China Sea dispute, underlining how this region is one of the most important routes for international trade and how “an erupting conflict would thus directly affect the EU” and “needless to say, the EU has a keen interest in upholding peace and stability in the area”. Action from the EU (even through cautious and weak remarks towards China’s policy in the area) and further interaction with Southeast Asian countries was nevertheless welcomed (especially by smaller players) (Maier-Knapp, 2016), signaling that EU-ASEAN talks about NTS issues have still ground to be expanded in the near future.

In this article, I have shown how two regional blocs like the EU and ASEAN are still quite far removed from the prospect of  becoming fully-fledged interregional partners. Cooperation and trade interdependence made several steps forward throughout the last three decades, but a different regional vision and the vast differences among ASEAN members undermined the feasibility of a bloc-to-bloc trade deal, favoring EU-member FTAs and PCAs. From a climate action perspective, even if the two parties addressed the topic in several instances, not many results would be achieved, signaling the need to invest more resources in joint projects that would yield actual results or in the implementation of rules under a multilateral framework.  Moreover, security issues are constantly addressed and occupy a major spot in the EU-ASEAN relationship agenda. The EU is likely to keep strengthening its investment and development program in the Southeast Asian region, and upholding socio-economic stability appears to be one of the main goals for the near future. The steps ahead in EU-ASEAN relations are certainly meaningful, but will they stay relevant in a region where Chinese and American interests are becoming increasingly significant? Looking at influential deals like the “RCEP”, the answer would probably be a ‘no’. Regardless, especially in this ever changing and challenging “Covid pandemic” era, the EU should not be scared away from seeking new alliances and strengthen its ties with partners in the Southeast Asian and the Indo Pacific areas.

Hwee, Y. L. (2009). The EU as a security actor in Southeast Asia. Panorama: Insights into Asian and European Affairs-series of papers published by Konrad-Adenauer-Stiftung, 9-23. Retrieved from https://www.kas.de/o/webfriend-to-liferay-url-rest-endpoint/urlredirect/url/upload/dokumente/2010/06/PolDi-Asien_Panorama_02-2010/Panorama_2-2010_SecurityPolitics_Hwee.pdf