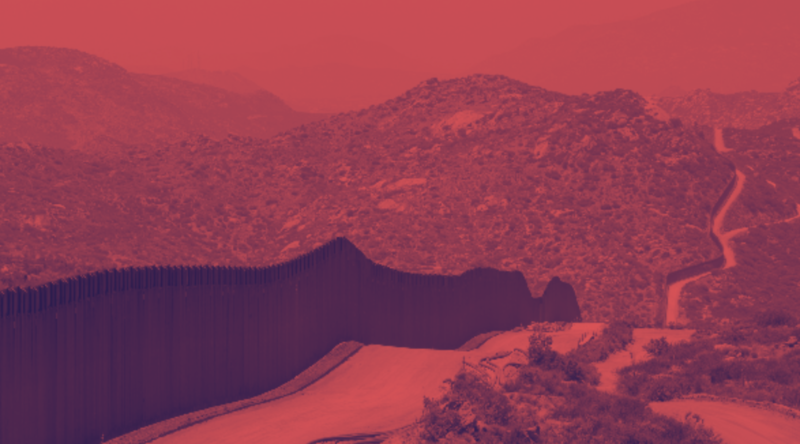 The motivation to write this article is born from the reading of the book Mujer de Frontera[1], by Helena Maleno (2020). The writer is a Spanish human rights defender (HRD) a journalist and a researcher of migration movements and human trafficking. In 2002, she arrived in Tanger, Morocco, for a work project. However, experiences in the locale soon led Maleno to start reporting human rights violations of those trying to cross, by land or sea, a border allowing them to reach Europe. Unfortunately, while defending human rights, the journalist had to face numerous risks and difficulties: her life was threatened several times and the Moroccan tribunals accused her of migrant trafficking and the encouragement of illegal migration.

This specific example reflects the importance of the HRDs protection regime, in which those individuals defending human rights are themselves often highly exposed to human rights violations, including “arbitrary arrest and detention, spurious investigations, fabricated charges, unfair trials, kidnapping, torture, ill-treatment and killings” (Bennett et al., 2015, p. 884), among others.

This article will focus on the European Union (EU) mechanisms to guarantee the protection of HRDs. First, a brief description of the existing mechanisms will be provided. Second, it will focus on the effectiveness and limitations of such mechanisms, particularly paying attention to the EU Guidelines on Human Rights Defenders. Finally, the article will explore some of the new challenges that the EU will have to overcome to ensure the functioning of the HRDs protection regime.

EU mechanisms for the protection of HRDs

The HRDs protection regime is a recent one that dates back “to the Declaration on Human Rights Defenders of 1998 and the creation of a special procedure within the human rights architecture of the UN” (Jones, 2015, p. 937). At the margins of the United Nations (UN) framework, the EU developed its own mechanisms to participate and contribute to the regime in question.

The two most relevant documents that the EU has provided in relation to the protection of HRDs are the Treaty on European Union (TEU), more specifically Article 2, and the EU Guidelines on Human Rights Defenders (the Guidelines).

On the one hand, Article 2 of the TEU mentions the idea that the Union’s foundation is based on the respect of human rights and its values, including freedom, human dignity, democracy and the rule of law. On the other hand, the Guidelines, adopted by the Council of the EU in 2004 and revised in 2008, reflect the EU’s approach on the protection of HRDs in non-EU countries (Bennett, 2013). Those include suggestions such as diplomats at EU missions and HRDs meeting on a regular basis, visiting activists in detention, monitoring trials and advocating for their protection.

The Guidelines, which constitute a non-binding mechanism towards member states, may suffer from a lack of commitment from individual countries.

After conducting an assessment of the implementation of the Guidelines in Thailand, Tunisia and Kyrgyzstan, Karen Bennett offered a critical approach to the EU’s behaviour in regards to HRDs protection. She “points to good practice in implementation, but also barriers to and constraints upon the capacity and willingness of diplomats to implement the guidance and defenders from accessing the envisaged support” (Bennett et al., 2015, p. 889).

New challenges for the EU and the protection of HRDs

Besides the limits that reside on the EU’s implementation of the Guidelines and the protection of HRDs more generally, new obstacles arise to reaching its effectiveness.

The EU is witnessing disunity on human rights as its member states are adopting different positions regarding human rights in non-EU countries, as reflected through the failure to reach a common position on China in June 2017 at the UN Human Rights Council. The EU’s statement, intended to criticize China’s human rights record, was blocked by Greece. The agreement of the 28 member states being necessary, it was the first time that the EU failed to make its statement at the UN (Emmott & Koutantou, 2017). This proves once again that the EU lacks unity, the organization blaming the non-compliance by its members and its members hiding behind the EU. Also, the concept of human rights is being contested as a Western construct, as well as its universality and indivisibility (Amnesty International, 2019b).

Furthermore, new initiatives such as the “win-win cooperation” approach to human rights in China are arising, questioning the existent norms of human rights. In March 2018, China presented at the UN Human Rights Council a resolution on “Promoting the International Human Rights Cause through Win-Win Cooperation” (Fisher, 2018). But China’s intent to become a role model in the respect and protection of human rights leaves a lot to be desired as it suggests to focus on cooperation and intergovernmental dialogue rather than to prioritize human rights violations and accountability for perpetrators. All those difficulties are accompanied by “the proliferation of restrictive legislation aimed at NGOs and civil society” (Amnesty International, 2019b, p.15), the space of which is being shrinked, particularly in Russia and China.

A last essential aspect is the intensification of those challenges appearing around particular human rights issues. Some HRDs face specific vulnerabilities “such as those who work on contested issues (such as sexual and reproductive rights, and rights abuses related to extractive industries, land and the environment) as well as those who hold particular identities and come from specific communities (such as women human rights defenders, LGBTI […] defenders and indigenous people)” (Bennett et al., 2015, p.886). The challenge for those specific communities of HRDs equally resides on the fact that their particular context is at the crossroads of different EU instruments (such as the Guidelines on LGBTI rights and HRDs) or even in the intersection of EU interests (Amnesty International, 2019b).

In conclusion, this article has overviewed the EU’s commitment regarding the protection of HRDs in non-EU countries. It has explored the mechanisms that the Union has put at the disposal of HRDs, particularly the Guidelines. After delving into the effectiveness and limits of such a mechanism, the paper has described some of the challenges that the EU is likely to face in the near future.

This article argues that the above-mentioned challenges are undoubtedly going to constitute a further obstacle in the consolidation of the implementation of the Guidelines, since numerous gaps are found today in their operationalization. The non-binding nature of this mechanism leaves the protection of HRDs in the hands of member states’ will, which often prioritize other interests, majorly related to security and economy, before the support and the protection of those caring about human rights in the world.

Bennett, K. (2013). Assessing the Implementation of the European Union Guidelines on Human Rights Defenders – the Cases of Kyrgyzstan, Thailand, and Tunisia. http://www.europarl.europa.eu/RegData/etudes/etudes/join/2013/410221/EXPO-DROI_ET(2013)410221_EN.pdf