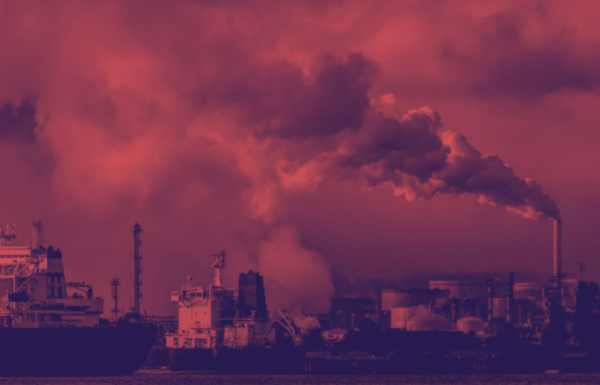 In fall 2021,  Europe was confronted alongside the Covid-19 crisis with sharply rising energy prices. Similar to the pandemic, the source of this development cannot be tracked down easily to one event as its source, however, it will most likely drastically influence the lives of all Europeans in the coming months. The rise in energy prices during the fall of 2021 came sudden and, for most observers, unexpected. These rising energy prices are perceived as a crucial matter by European Union bodies. The urgency of the matter has been underlined by the fact that a European Council session has already focused on it (European Council, 2021) and the responsible EU-Commissioner has already issued an official communication document to the other EU Institutions on the matter (European Commission, 2021a and European Commission, 2021b). The policy guide issued with this communication allows member states to utilize some of the readily available EU’s internal market tools, enabling them to mitigate the rising energy prices (Hernández-Morales, 2021). The purpose of this article will be to investigate some of the key underlying reasons for the hike in energy prices and the connection of these reasons with geopolitical realities. Additionally, the current incoherence between the EU’s climate priorities and its’ geopolitical aims will be examined. Drawing on this short first investigation some policy recommendations shall be given.

As energy policy is an area of „mixed competence“ the EU and the member states are both relevant policy actors, where the EU regulates the energy market in line with the principles of the common market. Free and fair competition is a common market key principle, which is often utilized by the EU to enforce unbundling policies for avoiding and/or confronting oligopolies (Siddi & Kustova, 2021). Unbundling is an attempt to divide the firms providing the infrastructure for certain goods, such as trains or gas, and the firms providing the goods that are transferred via these lines. Economic literature defines oligopoly as a few firms being dominant in a certain market (Hagel, & Singer 1999). The member states on the other hand are free to choose their preferred energy mix under the regulatory regime of shared preferences, meaning that they possess the competence to decide from which sources they will purchase energy imports.

In practice, this has led to an energy regime in which the EU energy mix as a whole is heavily structured by the need for energy imports. That is largely due to the EU’s inability to produce more than half of the energy it needs independently. The main category of energy imports is energy originating from petroleum products and the majority of the EU’s energy imports originate from Russia, the main energy importer for the EU. However, it is worthy to mention that the dependence on energy imports varies greatly between the different member states (Eurostat, 2020). Another important factor worth highlighting is the EU’s energy mix origin, which comes from the sources located in Russia and indicates the link between geopolitics and energy prices in Europe. The link is that Russia in opposition to the EU is often viewed as an actor understanding energy policy as a matter of foreign policy rather than economic policy, as the EU does predominantly (Siddi, 2018). Russia (Snyder, 2018) and China (Brattberg & Le Corre,2020) are often seen as two of the most important competitors of the EU in the global order at the moment. This leaves the EU in a situation where one of its critical infrastructures – namely energy supply – depends heavily on one of its main competitors. As a consequence, the EU’s ability to fully pursue its geopolitical ambitions has decreased. The reason is that it would be difficult for the EU to risk an open confrontation with its main energy supplier. Furthermore, it should be kept in mind that this dependency also poses a risk for further confrontations with Russia. This seems especially dangerous as Russia’s aggressiveness in the pursuit of geopolitical goals such as territorial gains as in eastern Ukraine and Crimea seem to have strongly increased during the last decade (Krickovic, 2014 and Kazantsev et al., 2020).

While it seems reasonable to think that the Russian government is using the gas supply as a political tool, it is worth emphasizing that this is not the only reason for the outbreak of the current energy crisis. Global demand for energy, which is at an outstanding level, is another factor that should not be overlooked. Seemingly, the main reason for the high energy demand is the economic recovery after the pandemic crisis (Liboreiro, 2021). Such a shock in demand would most likely cause hiking prices in any market. However, knowing whether economic analysis tools apply to understanding the European gas market still remains an unresolved puzzle. The gas-exporting Russian enterprises are state-controlled enterprises having a history of serving the geopolitical ambitions of the Russian Government. One good illustration of that took place during the Russia-Ukraine war when exports temporarily stopped in order to increase the pressure on the Ukrainian government (Siddi, 2018: 9ff.). Given this history, many observers are explaining the current reluctance of the Russian gas company Gazprom to export more gas to the EU with an attempt to increase pressure on the European Commission and the German government to clear the controversial Nord-Stream-2-Project, a gas pipeline leading directly through the Baltic Sea from Russia to Germany (Liboreiro, 2021).

Before any conclusion can be drawn about the current energy crisis in the EU, the broader context of EU policy, especially regarding market governance, the interplay of different administrative levels, and climate policy should be considered as well to be able to analyze which policy options seem feasible and coherent. The European Union has had a conflict between a notion of political solidarity between EU member states and the interests of Member States to regulate their energy markets as they see fit since it was created ( Stefanova & Zhelev, 2020). However, since 2000 the EU itself has become a rather “strategic actor” making its political ambitions and geopolitical aims the main governing principle of market regulation rather than mere profit orientation (Siddi & Kustova, 2021). Traditionally, the EU has promoted the liberal market principle and opposed monopolies and tighter government control of its domestic market. Consequently, the liberal market principle is sometimes regarded as the lowest common denominator that is to be found among member states without enforcing principles like third-party access and the unbundling of energy markets (ibid.:1086). Another concept that has gained more prominence recently is the concept of energy security, which in its classical use means to secure a sufficient energy supply at reasonable prices in the member states (Siddi, 2018). In updated versions of the concept “a strict carbon budget” is often mentioned as an additional condition (Proedrou, 2020: 2).

This strict carbon budget is in fact one of the policy goals of the EU itself. The long-term strategy of the EU is focused on achieving climate neutrality by 2050 and all EU policies are measured against that goal. The climate priorities of the EU are defined in the so-called European Green Deal published by the EU Commission in 2019 (European Commission, 2019). This means that the current energy regime needs to be reformed as the main source of energy in the domestic European market is currently far from climate-neutral. The transition to green energy could be an opportunity for the EU to decrease its dependence on Russia and therefore become a more credible and capable geopolitical actor. Furthermore, the existing research on the geopolitical implications of the transformation to a post-carbon world economy indicates that the most influential actors in the new geopolitical order will arise during this change. Those will be the actors leading the transition to a clean energy economy (Vakulchuk et al., 2020). If this result is taken seriously, the implications for policy-making are that the EU should attempt to become the first carbon-neutral continent not only due to its goal to guard the quality of life of its citizens but also to increase its geopolitical meaning. This is coherent with the political priority of “a stronger Europe in the world of the current EU-Commission” (European Commission, 2019b). However, according to the existing research on the topic, the post-carbon geopolitical order will not necessarily be more peaceful than the geopolitical order of the carbon era (Vakulchuk et al., 2020). Therefore the EU must increase its geopolitical power during the transition to be capable of pursuing multilateral cooperation effectively, as outlined in the priority of “a stronger Europe in the world” (European Commission, 2019b).

Regarding the current situation in which the EU finds itself during the energy crisis, a few policy recommendations can be given. Firstly, and most importantly, the European Commission should apply the broader concept of energy security including reasonable pricing, access to energy, and a carbon limit much more strongly in its communication with the public. Secondly, and in line with the first recommendation, the European Commission and other European Institutions should emphasize the geopolitical meaning of energy relations even more. More specifically, they should advertise the European Green Deal, and make an attempt to draw Europe as the first climate-neutral continent, which in its turn will have the potential to decrease the EU’s energy dependence on its geopolitical competitors. If these two recommendations are successfully fulfilled, it could result in more support and acceptance for the EU’s climate priorities, especially in many central and Eastern European countries which would be most likely affected by further confrontations with Russia. Last but not least, climate policies and diplomacy towards non-member states should be integrated at a European level to avoid the repetition of the shortcomings of the markets for fossil energies during the transformation to climate neutrality. This means that climate policy must ensure that possible sources of renewables that are possessed by third countries cannot be utilized by them for the purpose of either dividing the EU or harming the EU’s ability through exerting pressure on single member states based on their high dependency. Therefore, it could even be worthwhile to think about agreeing on an energy mix at the EU level, to ensure that the mix is in fact heterogeneous to avoid such dependencies.

Although this article focused on Russia and gas imports from this geopolitical actor alongside the challenges of the current energy crisis, the importance of the community of oil-exporting nations, the OPEC should not be neglected. By looking at the relations between the EU and OPEC it becomes possible to see 1) if there are any major differences in the principles by which the energy markets are governed and 2) what political implications this might have for the EU. As oil is an energy source as well as a carbon-emitting source, there is likely potential for both geopolitical and climate gains for the EU by aligning their policies towards OPEC with their climate priorities as well. Last but not least, an alignment of these policies would increase the credibility of the EU in addition to geopolitical capabilities in an international context. Therefore it seems likely that such an alignment would significantly contribute to the capability of the EU to convince other administrations to follow its example and become climate neutral by pursuing ambitious long-term goals for their green transitions.

European Commission. (2021a). Speech by Commissioner Simson on the Communication on Energy Prices. Accessed on 07/11/2021, https://ec.europa.eu/commission/presscorner/detail/en/SPEECH_21_5244

European Commission. (2021b). COMMUNICATION FROM THE COMMISSION TO THE EUROPEAN PARLIAMENT, THE EUROPEAN COUNCIL, THE COUNCIL, THE EUROPEAN ECONOMIC AND SOCIAL COMMITTEE AND THE COMMITTEE OF THE REGIONS Tackling rising energy prices: a toolbox for action and support COM/2021/660 final, Accessed on 09/01/2022, https://eur-lex.europa.eu/legal-content/EN/TXT/?uri=COM%3A2021%3A660%3AFIN&qid=1634215984101

Hernández-Morales, A. (2021). Brussels responds to the energy crisis with a policy guide. POLITICO. Accessed on 11/11/2021 https://www.politico.eu/article/brussels-energy crisis-policy-guide/