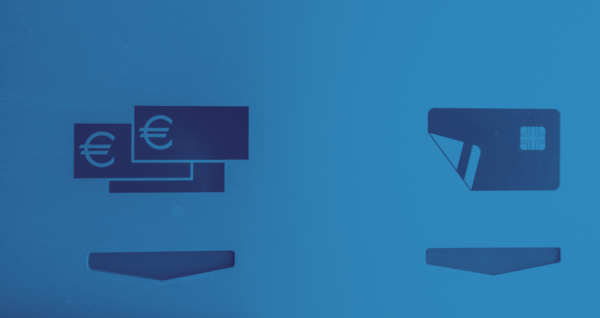 Complete control and security in such a large-scale society as that of the European Union is not easy to achieve. It is quite logical, in fact, that each state needs competent bodies, under the direction of the Union, so that small problems can be overcome before they mutate into problems that will affect the harmonious future of the Union. However, there are problems involving more than one Member State, in other words international crimes- crimes that take place in more than one country,   and it is worth noting that they fall into cases of corruption or fraud. (Niblock et al., 2021)

Organizations such as Eurojust and  European Anti-Fraud Office (OLAF) were set up to fight various crimes. Each organization has its own characteristics, the field of action, but what should be impressed is that there is often cooperation for the common good, to achieve the maximum result, and in this case the defeat of crime and perpetrators. But who are these organizations?

EU member states do not have the capacity to protect themselves enough in the crime fields, and especially financial crimes, and in general the union cannot devote so much time to protecting them because there are so many areas that need attention and action. (European Union, 2016)

If no crime had ever been committed that would offend the harmonious course of the Union, for example at the budgetary level, there would be no reason for the organizations to cooperate.The effectiveness of European anti-crime policy is highly dependent on the operational means that mobilized by the member states, strictly managed by intergovernmental rules. Mainly, if there was no question of protecting fiscal interests, investigating financial crimes and other related matters, there probably would not have been any of these organizations. It was history that forced the creation of both Eurojust and OLAF and other organizations investigating crimes to protect the union and try to not be disrupted the social, political and economic life of the citizens of the member states. In other words, numerous examples of crimes made the foundation of the organisations necessary. (Pujas, 2011)

As of January 1, 2009, the Treaty on the Functioning of the European Union, in Article 325, provides:

3. Without prejudice to other provisions of the Treaties, Member States shall coordinate their action with regard to the protection of the Union’s financial interests against fraud. To this end, they shall organize, together with the Commission, close and regular cooperation between the competent authorities.

4. The European Parliament and the Council, acting in accordance with the ordinary legislative procedure and after consulting the Court of Auditors, shall take the necessary measures in the fields of preventing and combating fraud against the financial interests of the Union in order to ensure effective and equivalent protection in the Member States as well as in the institutions and bodies of the Union.

5. The Commission, in cooperation with the Member States, shall report annually to the European Parliament and the Council on the measures taken pursuant to this Article. (European Commission, 2015)

Organizations such as Eurojust and OLAF were set up to fight various crimes. The main difference is between the crimes they have to do. For example, Eurojust has to do with Chemical, biological, radiological, and nuclear substances, and explosives, Core international crimes, Crimes against children, Cybercrime, Drug trafficking, Economic crimes, Migrant smuggling, PIF crimes, Terrorism and Trafficking in human beings, but OLAF has to do only with cases of fraud, corruption, and any other criminal offense affecting the EU budgetary interests Each organization has its own characteristics, the field of action, but what should be impressed is that there is often cooperation for the common good, to achieve the maximum result, and in this case the defeat of crime and perpetrators. But who are these organizations?

The OLAF, European Anti-Fraud Office,  is a European body whose mission is to conduct independent investigations into fraud and corruption that may arise in connection with Community funds, helping to build public confidence in the EU institutions by investigating serious infringements Union staff and members of the institutions and, finally, develops a sound anti-fraud policy. The OLAF investigates cases of fraud, corruption, and any other criminal offense affecting the EU’s fiscal interests in relation to all EU expenditure. The main categories of expenditure are the Structural Funds, the Agricultural Policy and Rural Development Funds, direct expenditure, and external assistance certain EU revenue categories, notably customs duties suspicions of serious misconduct by EU staff and members of the EU institutions.

Eurojust, the European Union Agency for Cooperation in the Field of Criminal Justice, contributes to enhancing Europe’s security by coordinating the work of national authorities – EU Member States and third countries – in the field of transnational crime investigation and prosecution Eurojust cooperates with national authorities to combat a wide range of serious and complex cross – border crimes involving two or more countries. (Monar, 2013)Types of crimes include:

Crimes against the European Union’s financial interests (PIF crimes, as defined in Directive (EU) 2017/1371) not only affect the Union’s financial interests but also damage its reputation and credibility. These crimes include fraud related to the EU budget, large-scale VAT fraud affecting two or more Member States, corruption, embezzlement of assets committed by a civil servant, and money laundering.

Quarterly meetings are held between Eurojust and OLAF task forces and regular case references, case summaries, and case-related information are exchanged, as well as progress made and case exchange activities. (Spiezia, 2011)

The cooperation of the two organizations is of the utmost importance for both. for this reason, in both the multi-annual programs of both, one encounters references to each other, having as a priority the greatest and highest quality cooperation.(European Commission, 2015)

In essence, OLAF and Eurojust serve the Member States for the cases that arise in them. Each State may turn individually to an organization investigating a crime involving another Member State or more than one Member State. (Niblock et al., 2021) In each Member State, there is a cooperation between the organizations with the state bodies, and the cooperation of the two organizations is achieved for the best, strongest, and fastest positive result. Tackling fraud and corruption is not an issue that affects a Member State financially but, rather, it damages the dignity of the whole union and often its own income. (European Union, 2021)