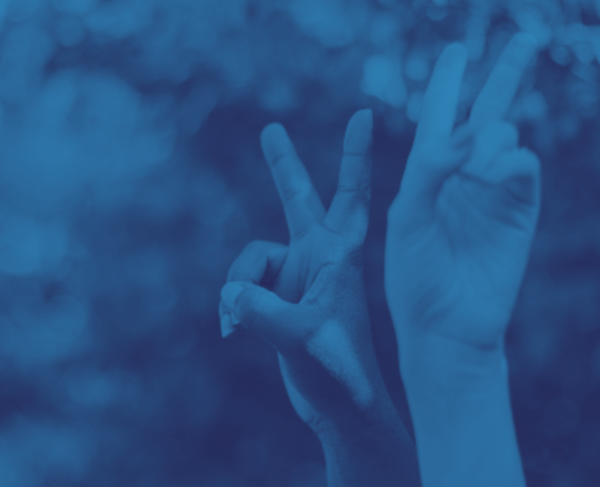 In the context of the single market, which allows for the free movement of capital, goods, services, and people, the European Union, indirectly, first clarifies that no discrimination of any kind is allowed. Any discrimination based on any factor such as sex, race, color, ethnic or social origin, language, religion or belief, political or any other opinion, membership of a national minority, property, birth, disability, age, or sexual orientation shall be prohibited (European Commission, 2017). The direct prohibition of any discrimination is furthermore defined through different directives, laws, and recommendations. (European Commission, 2017).

Since the beginning of the Union’s existence, the notion of equality has been a part of its foundations and was originally established in the context of gender equality. The 1957 Treaty of Rome mandated equal pay for men and women and gave the European Commission the authority to create the first Equality Directives, namely the Equal Pay Directive of 1975 and the Equal Treatment Directive of 1976, which prohibited discrimination based on gender in employment, vocational training and promotion, and working conditions (Haverkort-Speekenbrink, 2014).

As stated in Article 2 of the Treaty of European Union, equality and non-discrimination are foundational ideals of the European Union. There is a legal commitment from all EU states to uphold the equality of citizens between communities, for both national and Community prosperity. Legislation is equally binding on countries that are candidates for membership of the Union and on states that have agreed to align their national legislation with that of the Union. Countries are called to observe and apply EU regulations, and, in addition, transcribe them into national legislation to guarantee that all persons and organizations do it so as well (Equinet, 2019).

However, the European Union did not establish a distinct jurisdiction to combat discrimination on a wide variety of grounds, including sex, racial or ethnic origin, religion or religious beliefs, handicap, age, or sexual orientation, until the Treaty of Amsterdam in 1997. Article 13 of the Treaty of the European Community developed legal protection against discrimination. This resulted in the adoption of a number of new Equality Directives as well as revisions to existing Gender Equality Directives. (Equinet, 2019)

The core of human rights lies in human dignity. The Union acknowledges human autonomy and the individual and collective right to self-determination, and further rejects all types of discrimination and humiliating treatment based on these values. Under this scope, the goals of human rights include equality and the abolition of unjust discrimination (Saalari, 2018). The significant number of equality bodies that are not fully independent of governments or the lack of resources that prevent them from fulfilling their tasks, such as conducting surveys due to constraints on this. the sector. The Treaty on the Functioning of the European Union, and in particular the European Union’s “integration policy clauses” in Articles 7, 8, and 10, refer to the conclusion that it must be accepted. In other words, gaining acceptance will create greater cohesion and cooperation, so that all EU anti-discrimination initiatives are effective. (Tushev, 2021).

These EU Directives would encourage a general upward revision of the national laws of EU Member States. Historically speaking, the European Union has gradually established its current policy, mainly because of situations that required anti-discrimination policy and the need for greater unity, with a selective approach. It has concentrated its efforts on ensuring uniform legislation for all grounds of discrimination. (Bell, 2008)

Article 21 of the Charter for Fundamental Rights of the EU protects only a limited number of categories of rights, which are complemented only modestly by Charter principles. Article 21 stipulates that

“Any discrimination based on any ground such as sex, race, color, ethnic or social origin, genetic features, language, religion or belief, political or any other opinion, membership of a national minority, property, birth, disability, age or sexual orientation shall be prohibited. Within the scope of application of the Treaties and without prejudice to any of their specific provisions, any discrimination on grounds of nationality shall be prohibited.’’

The connection between Articles 20 and 21 of the Charter and EU legislation, with the same scope, and the provisions of the Charter dedicated more broadly to securing its enforcement, may contribute to improving coherency (Ward, 2018).

If a national authority breaches rights under the Charter when implementing EU law, national judges (under the guidance of the Court of Justice of the EU if needed) have the power to ensure that the Charter is respected, over a national authority. Individuals and legal entities are protected by the Charter from actions by EU institutions that infringe on fundamental rights. If this occurs, the Court of Justice has the authority to evaluate the act’s legality. (European Commission, 2017)

4. Leadership in own protection

Researchers support that, campaigning against discrimination, for peer care and for respect for all people by states, and compensatory measures to assist disadvantaged persons and groups in the community are all essential to achieving true equality. (Saalari, 2018) At the same time, the Commission directed everyone on what to do in the case of discrimination. So, in the case of any discrimination, everyone has to address their complaint to the relevant national authority, government, national courts, or a specialized human rights body. National governments are only bound to follow the Charter of Fundamental Rights when enforcing EU legislation. The constitutions of all countries protect fundamental rights.(European Commission, 2021) In the case of an EU institution that has broken the law, individuals and legal entities are protected by the Charter against actions by EU institutions that infringe on fundamental rights. If this occurs, the European Court of Justice has the authority to evaluate the act’s validity. On the other hand, the European Commission has the authority to take an EU country to court if it violates fundamental rights in implementing EU legislation. (Tushev, 2021) However, except in cases falling under national law. All EU nations have undertaken commitments under the European Convention on Human Rights, independent of their duties under EU law. When a Member State violates basic human rights, all the services of mutual benefit that every individual has in his or her own country must be exhausted in order to be justified. If, after all the national proceedings, there is no justification, an action can be brought before the European Court of Human Rights in Strasbourg. (European Commission, 2017)

The European Union considers the Zero Discrimination Day to be of significant importance and a reflection of the fundamental values of the EU. Young Europeans frequently confront difficulties and forms of discrimination in their daily lives, primarily due to their age and relatively powerless position in politics. This was emphasized in research done by the European Youth Forum in 2014. (AEGEE, 2021) The need to address disparities was remedied by amending, changing, and adding legislation, and the celebration of this day further highlights the ongoing efforts in the EU and elsewhere on the issue of discrimination.

Ward, A. (2018, 11 19). The Impact of the EU Charter of Fundamental Rights on Anti-Discrimination Law: More a Whimper than a Bang? CambridgeCore. https://www.cambridge.org/core/journals/cambridge-yearbook-of-european-legal-studies/article/impact-of-the-eu-charter-of-fundamental-rights-on-antidiscrimination-law-more-a-whimper-than-a-bang/2E02D91A17D00A16E3121DCDE0CBFC4A