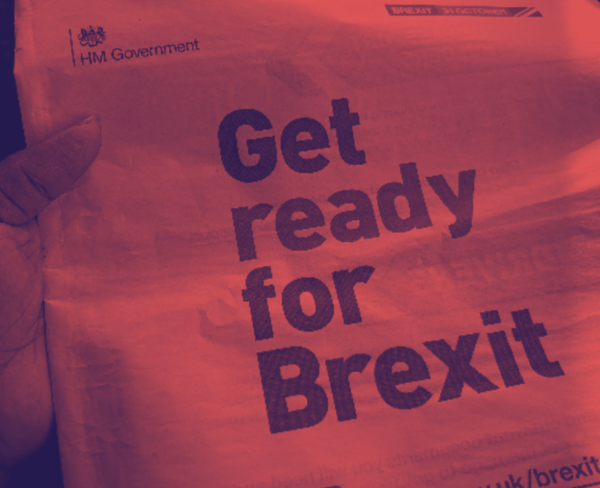 The United Kingdom entered the European Economic Community in 1973, with the aim to reduce the probability of war and encourage a prosperous economy. However, as early as 1975 there was a referendum to back out, where 33% of the population voted to leave the EEC, especially those from Shetland and the Western Isles (Pruitt, 2017). Real tensions began in 1984, when Thatcher fought to reduce British payments. After that, it was renamed as the European Union and the UK was happily integrated into it.

In 2011, David Cameron was the first prime minister to veto a EU treaty to defend the UK’s financial sector, showing he was willing to renegotiate EU membership (Pruitt, 2017). At the same time, the UK Independence Party (UKIP) was gaining support with a strong opposition to the EU. In 2016, the second referendum took place and leaving the Union won by a 3.8% margin, with 51.9% of the population voting to leave (Uberoi, 2021). After assuming office, May was in charge of presenting the UK’s intention to leave the EU to the Council, beginning the 2 year countdown (Pruitt, 2017). In June 2017, formal negotiations began between the UK and the EU, several drafts were created and rejected by Parliament, which led to the delay of Brexit until October 31st 2019 (BBC Editors, 2020). After this, Boris Johnson continued creating drafts for Brexit which the EU did not approve of. They accepted the bill for the first time on the 23rd of January 2020, and on the 31st the UK officially left (BBC Editors, 2020). The transition took 11 months and the future of the EU-UK relationship was still to be seen as the manner in which the break-up had taken place had not been the most amicable possible. Many questions arose as to what the relationship between the UK and the EU would now look like.

Freedom of movement across the EU has been valued by the majority of the UK’s population, however, some believed that open borders would lead to uncontrolled and undesirable immigration and argued for Brexit on this premise, convincing many (Lutz, 2021). The reality, however, is very different: not only can EU citizens no longer travel, settle or work in the UK freely, UK citizens cannot do so either in the EU.

In terms of work, the UK has created a new immigration policy in order to stop preferential treatment of Europeans and attract the most skilled workers (Sandford, 2021). However, Britain has experienced many problems due to this new system such as labour shortages, for example with lorry drivers. This is because many citizens working in the UK went back to their countries and have been unable to return to the UK due to the stricter entry conditions (Sandford, 2021). On the other hand, in terms of residency and travel rights, EU citizens who already were living in the UK, and UK citizens living in the EU can stay but they must follow some deadlines for applying for residency (Sandford, 2021). Finally, travel between the UK and the EU now involves new restrictions, which can lead to detainment and deportment (Sandford, 2021).

Brexit has not only had a direct impact on the free movement of workers, goods, and free movement across borders (even within its own borders, given the problems with Northern Ireland or Scotland, for example) (Morris., 2022). Now we can see how the consequences of Brexit have affected all sectors in the UK, causing a collapse in the agricultural, livestock, logistics, fuel industries, and the EU.

The new scenario, coupled with the pandemic situation sweeping the entire world, has resulted in an unprecedented situation. In contrast to the trust and cooperation that we would need to overcome this situation, the mistrust, selfishness, and lack of responsibility between British and European institutions and those who represent them are more prominent than ever, accentuated by a major health crisis.

A year down the line, Brexit´s costs are undeniably more apparent than its originally lauded benefits. (Amadeo, 2022)

“After a year of Brexit, the UK economy appears to be less open or less global than it was before”, says BBC Economics Editor Faisal Islam in his article on the economic consequences of Brexit on 24 December 2021 (Islam, 2021). The reality is that, according to data provided by the Office for Budget Responsibility, the forecast remains unchanged from five years ago, when a possible 15% drop in “trade intensity” was estimated. What is even worse, the numbers show that while international trade experienced strong growth this year as a rebound effect of the pandemic, the UK’s foreign trade has already experienced its first falls, exemplifying the distrust of international markets (Islam, 2021).

The impact of Brexit on shortages of raw materials, food and resources of all kinds has sometimes been difficult to quantify because of the coronavirus pandemic, but it appears that the impact has been greater in the UK than in the rest of the EU (Henley, 2021). Since January 2022, the UK has started to introduce some import controls on EU products, has repeatedly delayed the management of border controls, citing supply chain problems that have made it impossible to manage its problems properly.

Relations between the EU and the UK have remained strained. London and Brussels have disagreed on multiple issues, such as diplomatic representation, exports/imports of coronavirus vaccines, and, above all, the new arrangements for Northern Ireland, where the protocol for the separation agreement is being negotiated (Morris., 2022).

Tensions have also played out over the historical arguments between the British and French governments overfishing licenses and cross-Channel migration, fundamental points in the development of relations between the country and the continent. Another notch in a road with too many potholes.

Although British public opinion in favour of Brexit had managed to steer clear of the forecasts and data showing the dark picture that would follow the divorce with the European Union, it is the most direct and stark consequences that seem to have gradually turned the tide. Today, the population of the United Kingdom in favour of Brexit is understanding that its consequences are not as positive as they were told.

We could argue that there is a direct relationship between the shortage of food, raw materials, and other goods with Brexit. There is also this same relationship with the shortage of labour for basic jobs for the proper functioning of the State at all levels (logistics, industry, livestock, fishing…) (Hanrahan, 2022).

The United Kingdom’s historical journey in the European Union, from its entry to its final separation, has been a road full of obstacles and hurdles that could be summed up perfectly in the words of British Prime Minister Winston Churchill in 1930: “We have our own dream and our own task.  We are with Europe, but not of it.  We are linked but not combined. We are interested and associated but not absorbed.  If Britain must choose between Europe and the open sea, she must always choose the open sea”. (Danzig, 2015). It would be a breakthrough for both Europe and the United Kingdom if we could meet again on the road ahead to normalise the situation.