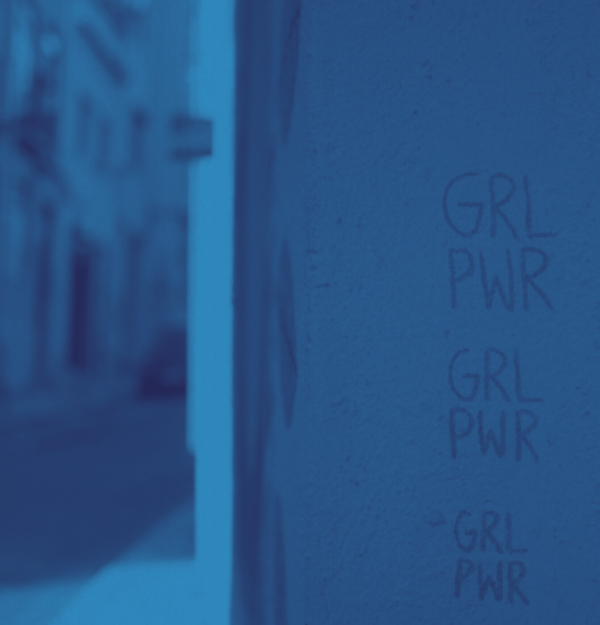 With 86.7 million migrants living within Europe by mid-2020, and the majority of these individuals being women, Europe has experienced a significant feminisation of migration (Migration Data Portal, 2021). Holding implications for individuals and states, the feminisation of migration – defined as the “quantitative increase of female migrants” (Marchetti and Salih, 2017, pp.6) – often reinforces gendered subordination and exploitation of women. Amid the growth of nationalism in Europe, in which women are considered central to nation-building projects as reproducers of the nation and transmitters of culture (Palmary, 2003), migrant women occupy a contentious position. Having not been given adequate recognition for the important roles that they play internationally, this article seeks to explore the intersection of nationalistic discourse and the experiences of women migrants, specifically those within the social reproductive sector – a sector centred around domestic care work. This piece will argue that, as migrants fulfil gendered nationalistic positions traditionally accrued to national women, further renegotiation of citizenship rules and norms is required.

The Feminisation of Migration in Europe

With more migrant women moving “independently for work, education, and as heads of households”, rather than as part of family reunification (Migration Data Portal, 2021), the feminisation of migration could be seen to promote increased power and social mobility. However, as female migrants continue to face stronger discrimination than their male counterparts, and the European Union’s (EU) Agenda on Migration fails to reference gender or women directly (EIGE, 2020), their marginalised position within the global order has prevailed. As the increase of female migrants to Europe is often tied to increased demand for care and domestic workers (Farris, 2012), many women remain connected to the domestic sphere rather than the highly skilled labour they are qualified to undertake (EIGE, 2020).

Due to the mutually reinforcing nature of gendered and national identity (Fouron and Schiller, 2010), the dominance of both patriarchy and nationalism should be understood as dependent on the subordination of migrant women. Occupying a central position within nationalist discourse as symbols of the nation, women are often required to assume stereotypical roles as mothers or carers to gain recognition and citizenship, with women that fail to conform risking exclusion (Palmary, 2003). This places migrant women in a particularly precarious position as, with increasing populism, Europe could represent a particularly hostile region that limits their ability to achieve migratory aspirations.

However, when examining European nationalism alongside the feminisation of migration, possibilities for the greater elevation and recognition of women migrants can be seen. While nationalistic rhetoric often disguises the importance of the migrant women, recognition of their contributions to the education of children, the maintenance of European families, and international development could work to centralise immigrants within national imaginaries (Farris, 2012). By adhering to stereotypical gender roles and assisting European women in their disruption of wider beliefs on society, many nations argue that migrant women can integrate themselves into society while contributing to activities that disrupt traditional gender roles (Farris, 2012: Palmary, 2003). Yet although this effectively challenges aspects of nationalist discourse by contesting the racial exclusion of migrants and the patriarchal confinement of all women to the domestic sphere, the subordinate role of migrant women remains a concern. With migrant women unable to escape traditional gender roles and forced to navigate difficult emotional and physical labour, feminised migration is shown to accrue a burden. Due to this, it is important to consider the rhetoric surrounding domestic care work and examine whether positive social transformation can be encouraged.

With push factors of unemployment and a lack of sufficient welfare and the pull factor of increased demand from Western and Southern Europe, women from Central and Eastern Europe (CEE) have been significant in European social reproductive migration (Triandafyllidou, 2013). Resulting in a hierarchical arrangement, in which women in Eastern Europe hold subordinate citizenship to those in Western nations (Marchetti and Salih, 2017), there is the potential that migration could further entrench nationalistic sentiment. Domestic care workers in particular experience precarious citizenship that leaves them vulnerable to exploitation. Often forced to “make use of tourist visas… [to] work irregularly” (Marchetti and Salih, 2017, pp.18), many find themselves in semi-formal or irregular labour conditions (Lebrun, 2019). This indicates that, although migrant women may act as breadwinners and renegotiate gender roles, they also bear a burden. Furthermore, the difficulty of the work they undertake goes largely unrecognised, putting them at risk of precarity, poverty, and exploitation – a fact that has been emphasised through the Covid-19 pandemic, in which they were not considered critical workers despite the safety concerns they faced (Leiblfinger and Prieler, 2021).

Alongside the tensions faced by individuals, the region of Europe has also been impacted by this feminised migration flow. Importantly, sending nations face a drain in their care force which may impact the future stability of regional health and social care. For example, many social reproductive migrants come from Poland to Germany, the United Kingdom, and other Western European nations. However, due to this migration flow, Poland is now receiving its own influx of care migrants from other CEE nations like Ukraine (Marchetti and Salih, 2017). This highlights the highly unsustainable nature of this migratory pattern, as the burden of care is shifting to different groups of vulnerable women throughout the region. This is concerning as migrant women could be placed in increasingly exploitative labour situations, necessitating significant adjustments.

To ensure the stability of European societies and, most importantly, the welfare of women, domestic care migrants require greater recognition and protection on a regional level. Through the formalisation of the social reproductive industry and the protection of individuals within it as workers of central importance, Europe should reconceptualise exclusive notions of citizenship and belonging.

Firstly, increased formalisation of the social reproductive sector must be pursued to lower the vulnerability and precarity of migrant women within these roles. This would “consider the specific needs of migrant workers” and could be pursued through the granting of temporary work permits rather than reporting undocumented domestic care workers (Lebrun, 2019). To prevent individual states from detracting from such measures, regional cooperation must also be formalised through commitment to acts such as the International Labour Organisation’s Domestic Workers Convention – something that has only been ratified by seven receiving countries (Lebrun, 2019). While it is positive that many receiving countries have recognised the importance of protecting domestic care workers, sending countries should also ratify this to ensure a regional commitment to bettering the position of these workers.

Secondly, Europe requires a renegotiation of nationalist discourse to better understand the burden that this accrues to individuals. The exclusivist and xenophobic nature of many nationalist narratives must be overcome to ensure the safety of migrant workers, however, this may prove problematic amid Europe’s rising populism. For example, Hungary and Poland continue to systematically attempt to remove a focus on gender from EU documents, indicating a widening gap in values between certain nations and the region (Zalan, 2020). This indicates that gender equality may be further undermined in the nations intimately involved in the domestic care chain – meaning that nationalism may continue to oppress women migrants in Europe. As a result, the burden of taking on gendered nationalist roles must also be recognised, especially as domestic care migrants work to reproduce distinct cultural beliefs that are not their own, but also “often antagonistic to [their] own interest” (Anderson, 2001, pp.23). This highlights that current social reproductive migration sustains a regional hierarchy – something that must be overcome by fostering greater understanding.

Ultimately, these changes require the prioritisation of individual interests to best facilitate the true empowerment of women migrants. Migrant women must be recognised as central to European nations, but also as requiring regional support to enable the success and sustainability of their work.

Through continuing to place women migrants in a double bind of oppression and exclusion, nationalism undoubtedly has negative gendered and racial repercussions. However, as shifting gender relations within many Western and Southern European nations lead to labour opportunities for migrant women, it also represents a site for the regional elevation of these individuals. If negative connotations of nationalism can be overcome through a commitment to focusing on the importance of migrant women as social reproductive labourers, progress could be made for their long-term protection. To ensure a greater formalisation of the domestic care industry, more inclusive citizenship rules must be implemented – removing the burden solely from migrant women and ensuring the sustainability of migration chains. Unfortunately, many nations currently seem reluctant to make the changes necessary for individual and state welfare. However, if this largely invisible sector gains recognition, there is hope that regional and international pressure could support the implementation of these required steps.