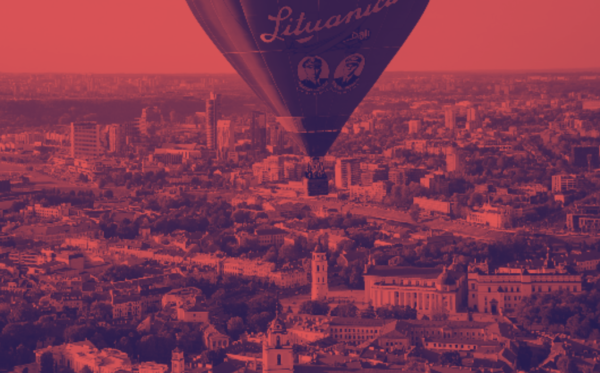 EU-China relations have deteriorated in recent times. Both some European Union (EU) member states, particularly Lithuania, and the European Commission, through two recent policy initiatives, have shown the intention to brave China more forcefully, particularly in the economic domain.

Indeed, since August 2021 China and Lithuania have engaged in a bitter dispute that started off as a diplomatic confrontation and afterward extended into the trade area. What sparked China’s ire was Vilnius’s decision in July 2021 to authorise Taiwan to open a ‘Taiwanese Representative Office’ in the Baltic state’s capital, thus using the word ‘Taiwanese’ instead of ‘Taipei’, as preferred by China. Beijing, which views Taiwan as a rebellious province and vowed to reunite the island with the mainland territory, either peacefully (Ni, 2021) or through force (USC, 2005) reacted rather furiously. On August 10, China recalled its ambassador from Lithuania, an event that happened for the first time for an EU member, a move reciprocated by Lithuania the following month (Lau, 2021b).

Yet, this was not the first move by Lithuania that made Beijing angry, nor would it be the last one. In fact, a few months earlier, in May, Lithuanian Foreign Minister Gabrielius Landsbergis announced Lithuania’s departure from China’s 17+1 group, urging other EU countries to follow suit (Lau, 2021c). The group was launched in 2012 in Warsaw to promote economic relations between China and 17 Central and Eastern European Countries (CEECs), and it has been seen as a way for China to press its influence in Eastern Europe by promising investments. Moreover, in June, Lithuania sent COVID-19 vaccines to Taiwan (Sitas, 2021), and in September the Defense Ministry advised against buying three Chinese manufactured smartphones due to censorship and security concerns (Ministry of National Defence, 2021). As such, the Chinese government stopped imports of Lithuanian goods and European goods dependent on Lithuanian supply chains (Lau and Moens, 2021). Furthermore, China downgraded diplomatic ties with Lithuania in November, and on December 15 Vilnius pulled out of China its remaining diplomats after the Chinese Foreign Ministry demanded the return of the envoys’ diplomatic identification cards (Hille, Milne, and Sevastopulo).

The reasons behind this shift in Lithuanian policy towards China seem to be a mixture of willingness to uphold democracy and freedom around the world and a keen interest in attracting US attention to the region by following a similar line over China, to avoid Washington’s focus on containing Beijing in the Indo-Pacific comes at the expense of the security in the Baltic area, where Russia is perceived as being a major threat (Kishinevsky, 2021).

Following failed attempts to resolve the dispute bilaterally, the European Commission on January 27 referred China’s trade practices against Lithuania to the World Trade Organization (WTO), arguing that Beijing’s behaviour was threatening the integrity of EU Single Market, therefore initiating dispute settlement proceedings against China (European Commission, 2022). Though the entire process could last around a year and a half (Lau and Aarup, 2022), and there is no guarantee that the EU will succeed, the move shows that the EU is standing as a whole behind Lithuania, effectively ending the framing of the dispute as bilateral (Barkin, 2022).

Despite China’s economic coercion toward Lithuania, other EU members recently showed the intention to defy China. Indeed, Taiwan’s Foreign Minister visited the Czech Republic and Slovakia in October (Lau and Kijewski, 2021), where he signed memorandums of understanding on several topics, while Slovakia’s Deputy Economic Minister visited Taiwan in December 2021 to further trade ties. Moreover, Estonia did not attend some meetings of the now 16+1 format, and it is touted as the next country that will drop out of the format (Lau, 2021a). Furthermore, in recent months, both a European Parliament (European Parliament, 2021a) and French National Assembly’s delegations visited Taiwan (Associated Press, 2021), further infuriating Beijing. Above all, a sea change, compared to Merkel’s era, was the new German government coalition deal, which entails clear languages over Beijing’s red lines, criticizing China’s actions in Hong Kong, Xinjiang, Taiwan, and the South China Sea, and push for a more unified European approach over China (Barkin, 2021). Yet, in his first call with Chinese President Xi Jinping, new German Chancellor Olaf Scholz vowed to deepen cooperation with China (Von der Burchard, 2021). Thus, regarding the new German position, a lot will hinge on whether the Greens and the Free Democrats, who are more hawkish toward China or Scholz’s Social Democrats will prevail.

Additionally, in January, Slovenia’s Prime Minister Janez Jansa announced plans between its country and Taiwan to set up trade offices in each other’s territory, criticized China’s response to Lithuania’s strengthened relations with Taiwan, and said that he would support Taiwanese people decide if they “want to live independently” (Lau, 2022b). France, for its part, organized a meeting in February in Paris, where EU foreign ministers met 30 Indo-Pacific foreign ministers, but China has not been invited (Lau, 2022a). The gathering was focused on security, digital, and connectivity issues, and France invited some countries, such as Bangladesh and Sri Lanka, that in recent years have grown economically dependent on China. Australia attended as well, despite the recent diplomatic fallout with France over the AUKUS pact.

In addition to some EU members, the European Commission is also signalling a more confrontational posture toward Beijing of late. Particularly, the European Commission unveiled two policies in December 2021, which, although not explicitly, are aimed at countering China’s economic expansion and trade practices. Firstly, on December 1, the Commission launched the ‘Global Gateway’, its plan to compete with China’s Belt and Road Initiative, supporting sustainable infrastructure projects around the world, by mobilising €300 billion of public and private money for connectivity investments between 2021 and 2027 (European Commission, 2021b). Secondly, on December 8, the Commission proposed a new tool to counter the use of economic coercion by third countries. This new anti-coercion instrument will allow the Commission to impose trade sanctions against non-EU countries which use bullying tactics in the first place, while EU members would only be able to block the decision with a majority vote. As of now retaliatory sanctions can only be imposed by unanimity. The tool would fill a legislative vacuum and it could be used in situations like that of Lithuania. However, the proposal now needs to be negotiated by the European Parliament and the Council of the EU, and as such it will probably not be ready for use before 2023 (Hanke Vela and Moens, 2021).

Other than these two bold proposals by the Commission, a plethora of new measures that could well impact EU-China relations are being prepared or negotiated by EU policymakers. Indeed, in 2022 the Commission is set to unveil a new directive on mandatory due diligence for companies, that would force firms operating in the EU to check their supply chains over human rights violations, such as those of which China is accused in Xinjiang (Ellena, 2021). Other regulations already under negotiations between the European institutions and capitals are an International Procurement Instrument (Council of the EU, 2021), a carbon border tariff (Abnett and Twidale, 2021), and a regulation to better address distortive foreign subsidies that undercut the European single market (European Commission, 2021a). All these regulations are not exclusively aimed at China’s trade practices; however, they could affect economic relations between China and the EU.

Is the CAI lost forever?

Moreover, the EU-China Comprehensive Agreement on Investment (CAI) pushed through by Merkel at the end of 2020, it is nowhere close to being ratified (European Parliament, 2021b). Indeed, the CAI has been put on hold since March, when China sanctioned 10 individuals and 4 entities in the EU, including Members of the European Parliament, as retaliation against earlier EU sanctions to the detriment of Chinese officials involved in the alleged human rights abuses against the Muslim minorities in the Xinjiang region. That was a real watershed moment for EU-China relations. As such, with France at the helm of the rotating presidency of the Council of the EU since January, and with the French government not expected to push through trade agreements right before the French presidential election in April (Leali and Moens, 2021), due to the unpopularity of trade deals in France, the CAI is not expected to be approved in the nearest future.

Hence, with skirmishes between EU member states and China, the EU Commission intent to cope more forcefully with Beijing, particularly in the trade realm, and the linchpin of recent EU-China cooperation, the CAI, on hold for the foreseeable future, EU-China relations are not expected to repair anytime soon, frustrating Beijing’s attempts to draw the Europeans closer while it rivals with Washington for the global supremacy.