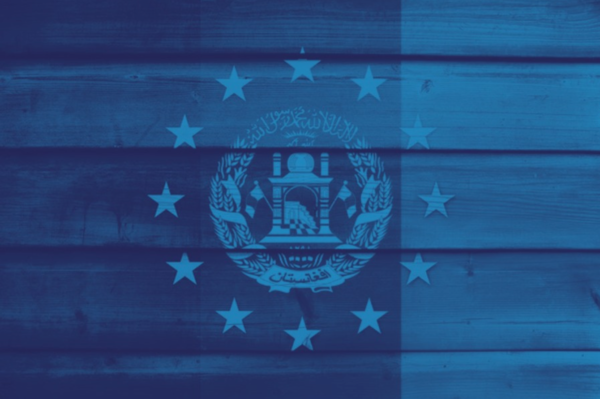 The fall of the Islamic Republic of Afghanistan, which was a proponent of Western values, marks a watershed moment in European Union interests in Afghanistan. Obviously, specific values and concerns were emphasized under the Islamic Republic; yet these dynamics shifted when the Republic capitulated. The collapse led to a deprivation of the former political, social, and economic structures of the society and raised new security and social concerns both for the European Union (EU) and the rest of the world. In the long stretches of the presence of the West in Afghanistan, the tendency toward Western values was antecedent in the agenda of the Republic government due to economic dependency on Western institutions and countries.

This piece discusses and analyzes the European Union’s primary concerns over recent political upheavals in Afghanistan. Concerns stem from the enormous drug trafficking under Taliban administration, violations of Western principles such as human rights, an increase in poverty among Afghan citizens as a consequence of the economy’s collapse, the rise of Extremism, and mass immigration.

Afghanistan’s lengthy history of opium cultivation and standing as the world’s leading exporter has resulted from the country’s weak economy and the government’s inability to provide basic social services (Sunday, 2022). Because of the Islamic Republic’s economic backwardness, opium production was connected with terrorism, insecurity, corruption, and political instability (Sunday, 2022), which count as some of its collapse reasons.

Moreover, over the past two decades, foreign development assistance earmarked to reduce opium production has had little impact (Greenfield et al., 2015). There is certainly a correlation between the aid for opium dismantlement and an increase in the manufacturing of this drug. The money as aid to eliminate narcotics was plundered by farmers and former government members, who instead utilized them to enhance the number of drugs produced (Greenfield, Bond, & Crane, n.d.; Greenfield et al., 2015; Newsinger, 2022). With recent Taliban dominance in Afghanistan, the volume of illegal narcotics moving through Tajikistan surged by about 69 percent year over year in 2021, according to Tajik officials, while the US-Taliban agreement specifies that the Taliban would not allow terrorist organizations and narcotics smugglers to operate on Afghan territory (Eurasianet, 2022; Sunday, 2022). So, now that the US forces have left, there is no clarification on how the deal will be verified and enforced (Sunday, 2022).

European Union officials are concerned that illicit Afghan methamphetamine and heroin might constitute a growing threat to Europe since the EU is the largest market for Afghan heroin (Schaer, 2022). Furthermore, for many years, methamphetamine has been manufactured in large quantities in Afghanistan; so the normal heroin smuggling routes represent a significant chance of methamphetamine reaching Germany or European markets. (Schaer, 2022).

The humanitarian stance of the European Union caused unprecedented mass migration and asylum seekers’ movements to head to Europe after-2014 (Léonard & Kaunert, 2020). Coincidence to the established intra-migration issues of Europe, the rampant settlement of refugees and asylum-seekers from Syria and Afghanistan in 2015-2016 questioned European Union’s progress and method in dealing with the immigration crisis (Doliwa-Klepacka & Zdanowicz, 2020). Notably, Germany’s welcoming strategy and disregard of the Dublin agreement for Syrian refugees, evade of Italy and Greece due to their inability to shoulder the immigration crisis as the first entrance countries of asylum-seekers, and the legal division of member-states on the implementation and logic of decisions by the majority of votes triggered crevasse in the framework of the European Union (Sansus, Troitiño, & Kerikmäe, 2020). To mitigate the ‘European refugee crisis’ diplomatic attempts were made such as the EU-Turkey Refugee Statement, signed in March 2016; the Joint Way Forward for Afghanistan agreement, signed in October 2016; renewal of Partnerships in Northern Africa in 2016; strengthening Balkan’s Partnership with the European Union and providing necessary help in the neighboring countries of Afghanistan and Syria for settled migrants. Overall, the aim of such activities was to rely on third countries to keep refugees and asylum seekers away from Europe.

A large number of Afghan nationals (approximately one million) have already illegally traveled to Iran and Pakistan, indicating an increase in the number of persons heading through Turkey in order to reach Europe in the wake of the 2015-2016 refugee crisis (Goldbaum & Akbary, 2022). Europe would no longer open its borders to Afghanistan’s illegal immigrants because of the immigration consequences of the Ukraine crisis—the EU works to resolve the immigration problem inside the nations bordering Afghanistan as a policy. For this reason, the European Union’s concern about refugee migrations is linked to the instability in Afghanistan. Further, It is of merit to mention that some European Union citizens also criticized refugee movements that led to budget spending, while others feared extremism and the collapse of European values (Puschmann, Sundin, De Coninck, & d’Haenens, 2019).

Extremism has its origin in Afghanistan for the past four decades when many ideological groupings claimed that a confluence of social, political, and economic situations could be derived from the religious context without relying on science or modernity. Until now, a militant organization that had been designated “terrorist” by the international community is exercising full authority over a state. The group’s sustained resistance from its inception in November 1994, culminating in the reoccupation of the Afghan state after a 20-year fight with Afghan and NATO soldiers, has fueled the belief that through resistance, it is possible to face and defeat the enemy.

As a result, now that terrorist groups have seen the triumph of another organization, they are more motivated to pursue their goals, putting the region’s security in jeopardy, which is in opposition to the European Union’s Central and South Asian policy. It is because Extremism may be exported by technology or in person, via the internet, or by dialogue exchanges, as there are a variety of ways to do it. As General Director of MI5, Ken McCallum has warned that British extremists have already tried to fly to Afghanistan, the possibility of European Union extremists to tie links is also inevitable (Arab News, 2022). Consequently, in the medium run, the spread of Extremism in Europe may result in the downfall of Liberal values and a rise in social and cultural problems.

As long as the Islamic Republic ruled Afghanistan, Western principles like democracy, human rights, and freedom of expression were inextricably linked to Afghan culture (Edwards, 2012). The Western ideals progressively faded from Afghan society, while religious reforms began to have a major impact after the Taliban takeover (Sareen, 2022). In some provinces, former government employees were fired without explanation (JURIST, 2021; Rasa, 2022), cell phones of citizens were checked at checkpoints (Epstein, 2022), female ad posters got censored and women activists, intellectuals, protestors were detained for a number of days or weeks (CIVICUS, 2022; Haidare & Mohan, 2021) or still, high schools are kept shut for girls (BBC, 2022). In all of the events described, there is a connection to Western principles that were in practice before the Islamic Republic’s capitulation. The European Union is concerned about repeated violations of these universal principles.

In the summer of 2021, the collapse of the Afghan economy sparked the immediate departure of national and international NGOs that had been relying on foreign funding to continue functioning. The Islamic Republic’s poor business climate, the Biden Administration’s freeze of the 7 billion  USD assets, and the hoaxing of Afghan government employees’ salaries are all argued reasons for the need for humanitarian aid and grants from the European Union and the International Community to fight poverty in Afghanistan (Schaer, 2022). In spite of the fact that the European Union had cut aid to the Afghan government after the Taliban’s takeover, the EU, along with the United Nations and other institutions, had recently resumed aid to the Afghan people through NGO and humanitarian organizations specializing in the areas of food, education, protection, livelihood, and health (Niklasson, 2022). To put it another way, the European Union feels they have a moral obligation to support Afghans in need in order to avoid a catastrophe.

To embody the European Union’s worries, they are based on variables that arise from challenges that Afghanistan is facing at the moment or developing within. Increasingly, Afghanistan is turning away from Western principles and the traditions of the country’s dominant party are dominating. Currently, Afghanistan is facing an increase in extremism, narcotics smuggling, and human rights violations. In addition, the country’s ailing economy needs relief and humanitarian help. All sum, the large migrations of Afghans to neighboring countries to reach Europe for better living circumstances are based on insecurities and poor economic situations. To preclude catastrophe in Afghanistan; improving living conditions would not lead to mass migrations, human rights violations, and drug smuggling which would reduce European concerns.