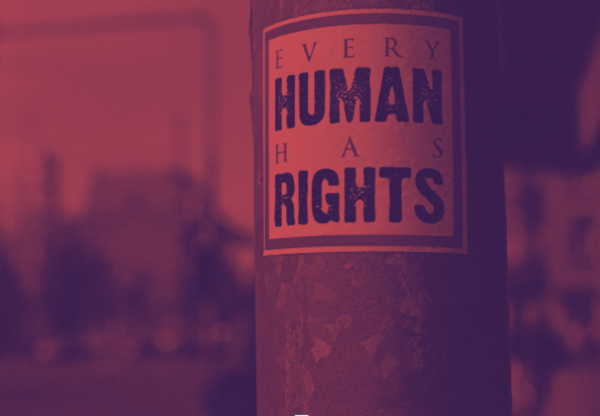 Universal human rights have been established as a core principle for the European Union’s foreign activities (European Court of Human Rights, 1950). Nonetheless, such an approach is predicated on the concept that normative authority is founded on the capacity to promote universally applicable values. The liberal multilateral order’s growing marginalised status has weakened the global environment’s conduciveness to such methods due to dilemmas in World Politics (Donnelly, 2007). As a result, the EU has been compelled to develop unique strategies for promoting fundamental human rights in a world where they are not universally recognised. This article examines the EU’s normative authority in advancing human rights in a multinational setting via the lens of transitional justice. This is an example of ‘revitalised multilateralism’, which is the process by which conventional state-centric multilateral frameworks are extended to include civil society organisations (CSOs) in the execution of their tasks or even their acknowledgment as decision-making entities (Frain, n.d.). This paper will therefore seek to answer  the question of ‘How does the EU’s Normative Power influence Africa’s Multilateral Human Rights Advocacy?’

As institutionalised multilateralism worsens, the difficulty of exerting normative authority in Africa is greater than in other parts of the globe (The African Union Series Peace, Justice, and Reconciliation in Africa, 2013). As such, this article will examine this topic in the context of EU-African relations as the EU’s normative impact in a revitalised multilateralism. Numerous post-colonial African states are growing increasingly resentful of being socialised into such a framework, preferring to unite with one another on human rights issues rather than with the EU and other Western nations (Frain, n.d.). The possibility of Europe becoming a “normative power” becomes a fading fantasy rather than a realistic goal (E-International Relations, 2013). What follows is an examination of the revival of multilateralism and its importance to the EU’s engagement with Africa. This is followed by the formulation of the framework, which is then implemented in a case study. Finally, the article offers an evaluation of what the findings from the case study suggest for the future of the EU’s normative authority on human rights concerns in Africa.

II. The EU and the Revival of Multilateralism

The 21st century’s difficulties have resulted in major changes in the way global interactions are conducted, specifically the EU’s advocacy of human rights (Keohane, 1990). To put it differently, the EU has had to convince other parties that continuing commitment to multilateralism is an “attractive prospect”. The EU’s response to these difficulties might be described as a shift toward a ‘revitalised multilateralism’ (Keohane, 1990). This article defines this as the expansion of conventional state-centric multilateral frameworks to include civil society organisations in the execution of their work or even as decision-making partners.

The EU has found itself in the ideal position to pursue its objectives in this area by vesting ownership of initiatives in CSOs as a means of disassociating from the weight of a historically unequal relationship. Only by ensuring standards and collaborating positively with civil society organisations can the EU champion the causes it desires in such a way that it comes off as a genuine human rights advocate.

The EU’s ability to exercise normative authority in environments of revitalised multilateralism is conditional on the normative ethics it exhibits in these circumstances. Accountability and ownership play a vital role in establishing normative authority. Accountability, defined as the extent to which stakeholders must explain and defend their acts, guarantees that human rights advocacy is normatively consistent. CSO ownership entails empowerment and customising policies to the local CSO (Frain, n.d.).

Accountability is critical in appraising the EU’s normative authority. It ensures that normative standards are followed and that actors’ actions are held accountable. Accountability is critical for the legitimacy of the EU’s input and output when it comes to civil society (Assessing the Role of Civil Society in EU Accountability, n.d.). Nonetheless, one of the traits that distinguishes both strands of revitalised multilateralism is their ability to deviate from global human rights law. The absence of a rules-based framework implies a focus on normative accountability for acts in the case of revitalised multilateralism.

To measure accountability, this article focuses on the enforcement of obligations, and the degree of CSO engagement. Obligation enforceability is defined as the duty to “explain or defend actions” (Bovens, 2007). Enforceability is crucial because it establishes the normative standard of duty. On the other hand, the degree of CSO involvement is determined by the CSO’s capacity and desire to contribute specialised expertise.

If the EU’s norms are rights-based, then working with civil society organisations that likewise believe in the universality of human rights is an extremely effective foreign policy weapon. As with accountability, the degree of CSO ownership reflects the EU’s capacity to set norms. To ascertain ownership, this article provides an analytical approach based on previous research on the function of CSOs. If CSOs are successful in sharing bargaining power with the EU and state actors, this significantly strengthens their normative credentials.

Implementation is crucial for comprehending CSO ownership. The degree to which CSOs acquire ownership of an agreement contributes to the EU’s normative authority since CSOs have the ability “to make the unthinkable feasible by doing what governments cannot or will not” (Frain, n.d.). African stakeholders, according to African attitudes, are more receptive to interacting with the EU when the EU is not the primary leader (Fioramonti, 2009).

Transitional Justice (TJ) is described as “the comprehensive set of procedures and mechanisms by which a society strives to reconcile with the legacies of large-scale historical injustices in order to establish accountability, administer justice, and accomplish reconciliation” (United Nations Approach to Transitional Justice, 2010). The EU’s approval for TJ should be viewed as an extension of its multilateral work to secure the worldwide protection of the International Criminal Court’s (ICC) human rights. The EU’s agenda for the ICC is firmly rooted in human rights. In TJ, the EU’s normative authority has developed into something of a successful case for revitalised multilateralism.

In terms of duty enforceability, the EU benefits first and foremost from robust rule of law protection (World Justice Project, 2020). This involves the existence of laws and courts to protect community standards and commitments. The EU also applies rule of law protection to every aspect of its engagement with the ICC (Agreement between the International Criminal Court and the European Union on Cooperation and Assistance, n.d.). Similarly, the African Union (AU) is committed to ensuring that the rule of law is a guiding concept in the coordination of all TJ initiatives. Special Representatives of the European Union can also lend assistance to TJ projects, serving as a channel for the EU to review the enforcement of obligations.

The EU has profited from collaboration with a CSO located in TJ (The African Union Series Peace, Justice, and Reconciliation, 2013). In February 2020, a coalition of 23NGOs issued a joint letter requesting an extension of the TJ mandate in South Sudan, along with a set of ideas aimed at enhancing accountability through frequent reporting and updates (Human Rights Watch, 2020). The EU has committed to assisting with the implementation of these criteria via the EU Emergency Trust Fund for Africa (European Commission, 2021).

Previous research has indicated that CSOs and foreign actors disagree on priorities. However, it is worth noting that the EU has committed to a “one-size-fits-all” strategy. African civil society organisations are more aligned with EU principles than one might believe; it is an issue of coordination, not partnership, that has to be improved. As so, this indicates a high degree of CSO collaboration.

In terms of agenda-setting authority, it is apparent that CSOs have a privileged position in developing TJ’s agenda. The EU consults through its Civil Society Dialogue Network which is essential for the EU to obtain input from external civil society organisations in developing the EU Policy Framework on TJ (Civil Society Dialogue Network, n.d.). The EU’s and AU’s shared commitment to listening to CSO opinions, in turn, strengthens CSOs’ already large degree of deference and agenda-setting influence.

The EU’s support for TJ processes is inextricably linked to national multilateralism in establishing the ICC, which requires national governments to take the lead. Government resistance frequently comes at the expense of CSOs. In the case of Rwanda, the Gacaca Courts were part of an EU-supported post-genocide justice strategy. Several civil society organisations criticised the process for its unwillingness to adequately confront the government’s prior human rights record. At the time, the High Representative admitted that CSO perspectives were ignored but emphasised that Rwanda conforms to core international human rights standards (Routledge & CRC Press, 2014).

The EU’s ability to project its standards is conditional on the extent to which their CSO partners execute TJ initiatives. South Sudanese TJ is another example of the EU’s preference for CSO opinions and recommendations on how to make TJ operate. The EU Action Document directs financing toward specific CSO initiatives that it has identified as the most effective means of implementation (à propos, 2017). All of this implies a significant role in the solution’s execution.

TJ emphasises the EU’s capacity to act normatively through revitalised multilateralism in general. The degree of deference afforded to CSO suggests that it wields considerable agenda-setting authority. Additionally, CSO-led implementation initiatives lend greater legitimacy to the EU-backed TJ than it may otherwise have. TJ is critical in reviving the EU’s goals to achieve universal human rights.

In the case study of multilateral human rights promotion in Africa, this article sought to establish the circumstances under which the EU might engage normatively in these new types of multilateralism. Thus, it argued that the conditions under which the EU might act normatively in configurations of revitalised multilateralism are governed by normative ethics and that the EU is best positioned to do so when there is a high level of responsibility and CSO ownership.

This article examined a revitalised multilateralism as a new vision of multilateral engagement. The findings imply that the EU may, to a large extent, behave normatively and be a normative force in its revitalised global involvement. TJ established how the EU is and functions as a normative power. If the EU has a low degree of normative ethics (low responsibility and low ownership), it is explicitly defending norms in the absence of CSOs. This contradicts the EU’s African role expectations and contributes to the EU’s failure to act normatively.

à propos. (2017). The Churches’ Action Plan for Peace in South Sudan. [online] Available at: https://www.swisspeace.ch/apropos/the-churches-action-plan-for-peace-in-south-sudan/ Agreement between the International Criminal Court and the European Union on Cooperation and Assistance. (n.d.). [online] Available at: https://www.icc-cpi.int/NR/rdonlyres/6EB80CC1-D717-4284-9B5C-03CA028E155B/140157/ICCPRES010106_English.pdf.

Fioramonti, L. (2009). African Perceptions of the European Union: Assessing the Work of the EU in the Field of Democracy Promotion and Peacekeeping. SSRN Electronic Journal.