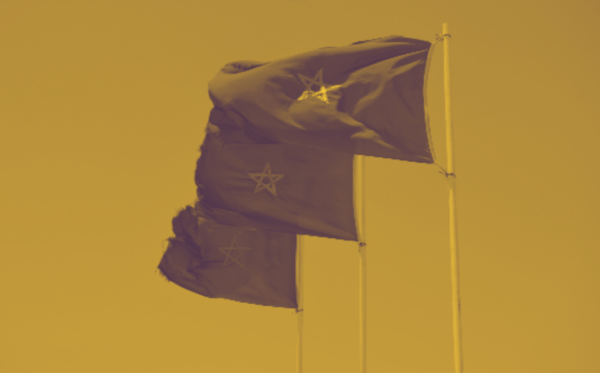 European-Moroccan relations date back to the 1960s, when the European Community signed an economic agreement with the Kingdom. Since then, bilateral relations have been solid, with ephemeral episodes of conflict and blackmail, mainly due to issues of territorial integrity like the question of Western Sahara. European-Moroccan relations are multifaceted, and this column seeks to shed light on common security concerns to European Union (EU) and Morocco, namely terrorism, irregular migration, and narcotics.

Morocco is a credible EU partner in countering terrorism and violent extremism. Indeed, the Kingdom is bound by several security agreements with many EU member states to share intelligence and cooperate on common security concerns. Since 2003, the Kingdom has used soft and hard tactics to fight terrorism and extremist ideology (Mansour-Ille, 2021). On the military and intelligence side, the EU provides training and counterterrorism equipment. On the soft side, Morocco relies on the Bureau Central d’Investigation Judiciaire (BCIJ) and controls the religious discourse in mosques, trains Moroccan and non-Moroccan imams, and attempts to deradicalize former jihad convicts through the Mussalaha programme (El Dahshan & Masbah, 2020).

Morocco and the EU cooperate closely to curb the flow of irregular migration. Since the 1990s, Morocco has been a major transit point for sub-Saharan migrants, with the country formally lacking a migration policy between 1990 and 2003 (Lahlou, 2015). This period coincided with a remarkable increase in the flow of irregular migrants from Morocco to European countries like Spain. From 2003, the Kingdom started cooperating closely with the EU on the matter, while the transformation of the regional scene in the following years put more pressure on Morocco’s northern borders and made it a host and transit country for migrants. In 2014, Morocco issued a new migration policy aimed at issuing residence permits to migrants and solid laws to protect asylum seekers. The migration reform resulted from reports by international and local bodies like Médecins sans Frontières and the National Human Rights Council denouncing Morocco’s poor treatment of sub-Saharan migrants (Jacobs, 2019).

For the EU, Morocco is both a buffer and hotspot, as the Kingdom effectively curbs the flow of irregular migration across the Mediterranean, but at the same time, it hosts high numbers of irregular migrants and asylum seekers. Hence, Brussels regularly pumps money into Morocco to curtail migration programmes to existing pressures (Baumann, 2020). In addition, the EU and Morocco are bound by several migration agreements, such as the one signed in 2019 through which Rabat received €101.7 million to manage its borders and €289 million to support reforms and development (European Commission, 2019). However, despite this, thousands of migrants continue to cross the Mediterranean basin through Morocco to flee war, famine, and extreme poverty. Today, the Mediterranean is considered a “maritime graveyard” due to the high number of migration-related drownings (Elmadmad, n.d). In the first half of 2021, 2,087 migrants have died while trying to reach Spain (Mellersh, 2021). While it is difficult to determine who departed from Morocco and who departed from neighbouring countries like Libya, the origins of most victims traces back to West Africa, but also Syria, Yemen, and Bangladesh. In the first semester of 2021, Spanish authorities reported the arrival of 6,952 migrants to the Canary Islands, signaling a 157% increase compared to the same semester in 2020 (EFE, 2021). This increase shows the severity of irregular migration and its importance to the EU, but it also questions the efficiency of Morocco’s border control in the context of persisting precariousness in the Kingdom but also in some African and Middle Eastern emigration countries.

Morocco and the EU also work closely to curb drug trafficking. Morocco mainly cooperates with Spain, which represents the closest European frontier. Since the 19th century, Cannabis has been cultivated in the Rif region, and following the growing demand from Europe in the 1960s, Morocco’s cultivation began flourishing (Herbert & Gallien, 2020). In 2021, Morocco legalized Cannabis for medical, industrial and cosmetic purposes. Of course, Cannabis is not the only drug smuggled to Europe. Morocco’s General Directorate of National Security works jointly with the Spanish Police by exchanging information and surveilling the Mediterranean shores. In January 2022, the Spanish police dismantled a Spain-based drug trafficking network that manufactured Karkoubi, a narcotic substance made of hashish, glue, and alcohol (The North Africa Post, 2022). The Spanish and Moroccan authorities conducted a joint operation, which culminated with the confiscation of at least 500,000 tablets and the arrest of eight suspects (The North Africa Post, 2022).

The EU and Morocco are bound by common security concerns, as well as trade, fishing and energy interests. Most importantly, Rabat has proven to be a credible partner, despite ephemeral episodes of conflict over the Western Sahara, claimed by Morocco. Despite difficulties, the interdependent relation between the two sides has allowed for growing cooperation, which is expected to progress in the coming years.