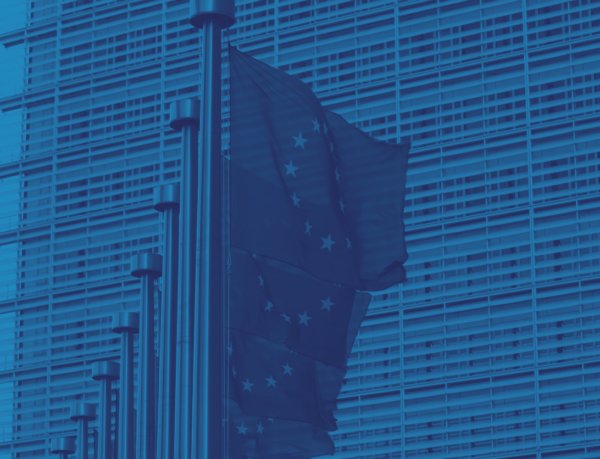 Georgia and the Republic of Estonia have a close and friendly partnership in almost all areas of cooperation. Up to 20 international agreements signed between the two countries provide a solid legal basis for cooperation in areas such as defense and security, economy and tourism, environment, education, culture, and more. The countries cooperate fruitfully within international organizations and the legislatures of the two countries are successfully cooperating. Inter-parliamentary friendship groups have been set up, regular visits and meetings have been held to Georgia’s sovereignty and territorial integrity, as well as unwavering support for the country’s European course. The Estonian Parliament has repeatedly reaffirmed its resolutions and statements (Ministry of Foreign affairs of Georgia, 2022). It should be mentioned that Inter-agency cooperation between the two countries is unprecedentedly active. Georgia and Estonia cooperate in the field of defense, including military education. Cooperation, consultations, and training on cyber security are underway, in which Estonia is one of the leading countries in the European Union and NATO. In addition, the Estonian and Georgian military regularly participate in joint exercises. In the context of realizing Georgia’s declared foreign policy goal of becoming integrated into the Euro-Atlantic area, support from EU and NATO member states is of particular importance. The Republic of Estonia represents the country that clearly understands Georgia’s aspirations and unique needs and has provided consistent support for Georgia’s democratization and efforts at Euro-Atlantic integration.

Historically, Georgia and Estonia were both members of the Soviet Union and had many common problems after the Union was dissolved. While Estonia was able to join the European Union and NATO, this remains difficult for Georgia as the country lacks territorial integrity and still has an unstable political, economic and social situation. Furthermore, Georgia is quite far from EU countries geographically and economically, and friendship with Estonia will help Georgia in its development. The Estonian people and government are well aware that Georgia needs to be well-secured and equipped for the future, based on their previous experience as a part of the Soviet Union and the current situation with Ukraine. Georgian and Estonian close relationship will lead Georgia’s future way to EU member state and NATO’S membership.

This article has the following objectives: 1. to better understand Estonian perspectives on Georgia, including the country’s role and place in the Estonian State respective foreign policies; and 2. to analyze the motivations behind the Estonian ardent political and economic support for Georgia, particularly in its Euro-Atlantic integration processes.

Ultimately, it argues that the Republic of Estonia’s active support for Georgia is determined by two interrelated factors: common historical experience and security considerations.

Key Factors of the Relationship

Geography is a factor that has two parts to it. The first part relates to the geographical location of Estonia and Georgia in relation to the West and Russia. Geography has made the South Caucasus states a historical nexus for trade, competition, and sometimes conflict. Traditionally, foreign powers have seen the region as an economic and strategic gateway to other parts of the world. In addition, the region’s recent potential for energy production is a modern incentive for foreign intervention by the West and Russia.

The end of the Cold War saw the emergence of local and ethnic conflicts in Europe and beyond, which stimulated several debates about the sources and nature of the ethnic conflict. Estonia and Georgia have similar histories, as well as being similar in size (both in territory and population) and ethnic group proportions (Marsh and McCabe, 2019).

The second factor is solidarity policy − the moral obligation to help, support, and share transition and integration experience, practical knowledge, and expertise with another country to aid it along the “Western Path” and undertake similar reforms. Georgia is a country with which they share common values and circumstances: a shared history through the Soviet legacy, including “rebelling against Soviet rule” (Andrespok & Kasekamp, 2012, p.6), similar historical experiences, social-political development paths, and shared aspirations as well as fraught current relations with Russia. In this case, Baltic (Estonian) support for Georgia can be considered to be a value/identity-based policy driven by historical memory. Andres Kasekamp, Professor of Baltic Politics at the University of Tartu, explains the Estonian perspective: “Estonians feel duty and imperative to support another country that has been on the same path as we had, referring to the period when the Baltic states received assistance from the Nordic countries in the process of Europeanization” (Apriashvili, 2017, p.6).

Another Factor is a Security Policy. As Kasekamp explained during the interview “Georgia as a front line with Russia” can serve as the “canary in the coal mine” for the Baltic states, meaning that by tracking closely what is happening in Georgia, they might be able to understand Russia’s intentions more generally (Apriashvili, 2017, p.12).

Estonian cooperation and support to Georgia

Georgia has been one of the priority countries of the Estonian “Development Cooperation” program since 2006. Around 200 projects have been implemented. In 2006-2015 financial support amounted to over 6 million Euros. Central areas of Estonian-Georgian development cooperation for the period 2016-2018 derived from Georgia’s development priorities, which are based on socio-economic development strategy “Georgia 2020”, the EU-Georgia Association Agreement, and the Association Agenda: Strengthening of democratic state structures and systems, improving the quality of education, support for entrepreneurship, as well as human rights, gender equality, ICT, environment protection and so on. On top of that, Estonian experts are providing practical support and sharing experience in different spheres, including vocational and general education, culture, strategic communications, public administration, etc. Moreover, Estonia has exclusive experience in developing e-Governance systems.

In November 2015, the Estonian side started the implementation of the Twinning Project “Support to Strengthening of e-Governance in Georgia II” with the Data Exchange Agency of the Ministry of Justice of Georgia. Georgia and Estonia cooperate in the field of defense, including military education. Estonia finances the representatives of Georgia to study at Baltic Defense College of Tartu. A high-level defense course is supported by the Estonian side.

Being one of the leading countries in cyber security in the EU and NATO, Estonia helps raise Georgia’s cyber security capabilities, with organized training and consultations. The Estonian Ministry of Foreign Affairs annually grants scholarships for students from Georgia for studies at the Technical University of Tallinn, Universities of Tartu, and Tallinn.

In 2013, the first Georgian-Estonian co-production in the film industry – the movie “Tangerines” was released, which has been awarded a number of international film festivals. In 2015 Georgia was the “Focus country” of the Tallinn Black Nights Film Festival (PÖFF) which is one of the main cultural events in the country. Later on, two new Georgian-Estonian movies were filmed – “Confession” by Zaza Urushadze (2017) and “Scary Mother” by Ana Urushadze (2018)

According to Prime Minister Ratas, Estonia and Georgia are good friends, who are connected by close economic relations and cooperation in nearly all fields, e.g., education, tourism, and culture. “We would certainly like to see closer economic cooperation and exchange of goods between our entrepreneurs as well as an increase in investment,” said Ratas (Valitsus, 2018). The prime minister also expressed joy over the close cooperation of Estonian and Georgian parliaments.

According to the speaker of the Georgian parliament, the Association Agreement between the EU and Georgia has helped to increase the exchange of goods with countries of the EU.

As for recent news, Estonia’s Foreign Minister Eva-Maria Liimets in December 2021 approved the Estonia-Georgia country strategy for 2021-2024, the main goals of which are to strengthen the development of democracy, support entrepreneurship, improve the quality of education and raise climate and environmental awareness.

As already mentioned, Georgia has been a priority partner for Estonia in development cooperation since 2006. During this time, Estonia has provided more than 12 million euros to support development in that country, of which more than six million euros was allocated between 2014 and 2020, spokespeople for the Estonian Ministry of Foreign Affairs said.

“Capacity-building projects have played a major role in supporting Georgia’s development goals — we have passed on our expertise in good governance, digital capabilities and education,” the minister said according to spokespeople (The Baltic Times, 2021).

The Minister said the new country strategy focuses more on long-term strategic goals and existing cooperation to support Georgia even more effectively with our experience. As part of its development strategy, Georgia has identified various areas of cooperation with Estonia until 2024. These include the strengthening of democracy and state structures.

In the field of promoting democracy, we aim to help shape transparent policies that support open governance, human rights, and social inclusion. Drawing on our knowledge and experience, we want to support the modernization of Georgia’s education system and the development of small business for young people, women, and people living in rural areas,” Liimets said (The Baltic Times, 2021).

It is also important for Estonia to help raise awareness of climate and the environment and to support climate-friendly projects and projects promoting the green economy.

At a virtual event, the country strategy for Georgia was presented by the foreign minister of Estonia, Georgia’s Ambassador to Estonia Archil Karaulashvili, Estonia’s Ambassador to Georgia Riina Kaljurand, director-general of the Foreign Ministry’s department for international economic cooperation and development cooperation Juri Seilenthal and representatives of the Estonian Center for International Development Cooperation, the UNICEF office in Georgia and the Donor Coordination Unit at the office of the prime minister of Georgia (The Baltic Times, 2021).

Since Georgia is not a member of the EU, the support from Estonia as a successful EU member state would be a great opportunity for Georgia to strengthen democratic state structures and systems, defense and security field, economy and tourism, education, and culture. Also, support for entrepreneurship and paying greater attention to climate and environmental issues, the development of these fields is essential for Georgia to become an EU member. Moreover, for years, Estonia has been at the forefront of cybersecurity internationally. The NATO Cooperative Cyber Defence Centre of Excellence (CCD CoE) and the EU Agency for large-scale IT systems (EU-LISA) are both based in Tallinn. Hence, Estonian support in Cybersecurity is significant for Georgia to defend cyberspace from Russian hacker attacks.

All in all, both Georgia and Estonia progress through cooperation and keeping in touch in important matters. Notwithstanding geographical distance and still-developing trade relations, Georgia represents a priority country for Estonia within the Euro-Atlantic space; Estonia allocates development cooperation funds and shares knowledge and expertise. Georgia is a country with which the Baltics (Estonia) enjoy common values, historical links, and shared experiences. All of those goals will increase Georgia’s likelihood to be one of the most successful countries in Eur-Asia. Georgia should not take this constant support for granted, as Baltic (Estonian) solidarity and assistance might be understood as conditional upon Georgia’s readiness and willingness to advance and consolidate its democracy, achieve closer EU and NATO integration, and become a “true” European state−in particular. Therefore, it is important for Georgia to continue to perceive Estonia as a role model for reform, democratic transformation, and integration into the EU and NATO, and to further strengthen ties with the Republic of Estonia.

Since the early 2000s, Estonian support has increased. Having been successfully integrated into the Euro-Atlantic space, Estonia has expressed willingness to act as a knowledge provider for Georgia and to support the country (both politically and economically) on its path toward achieving deeper integration and eventual membership in the EU and NATO. Thus, the projects launched and implemented by Estonia have provided Georgia with assistance in implementing reforms in targeting the country’s economic and social development, including supporting regional development, democratic structures, and good governance.