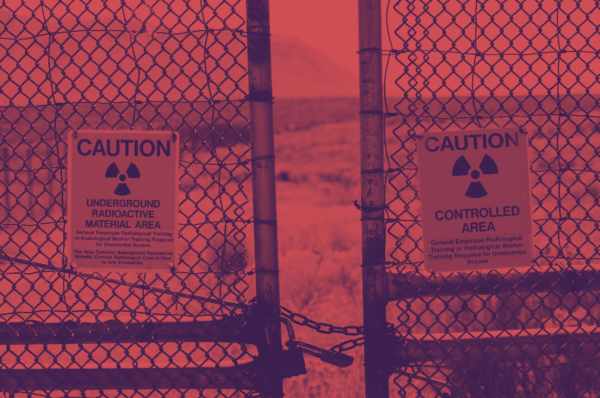 The idea of disarmament in Europe was generated after a British pressure group pledged to abandon British nukes and attain complete nuclear disarmament. They started a campaign in 1958 (Oxford Reference) with the support of the philosopher Bertrand Russell as their President. However, the progress was not trouble-free, resulting in anger and frustration, which led to the creation of a splinter group called the ‘committee of 100’, led by Russell. Although the group aimed to preach civil disobedience, they could not succeed, as from 1963-to 1980 the movement was in decline (Shirobokova, 2017).

In 1980 the campaign came back as a protest group against the U.S. deployment of cruise missiles in Europe, which eventually led to the formation of a movement famously known as European Nuclear Disarmament (END) (Thomson, 1981). The movement triggered a domino effect and similar movements, which campaigned for the end of the Cold War and nuclear non-proliferation, arose in France, Germany, Australia, and the U.S (Thomson, 1981). However, the region of South Asia remained unaffected.

The campaign demanded a non-aligned, nuclear weapons free Europe under the slogan “Poland to Portugal”. The protesting members were involved in promoting nuclear-free zones, organising and attending conferences offered to the local groups, and publishing regular bulletins. Moreover, close links were formed with local universities as well. An example of this would be the 1983 joint conference for Western European peace activists, which was organised involving Bradford University‘s Peace Studies department (Lodgaard, 1983).

Such campaigns were most likely arranged since Europe had been a war-torn continent for decades. So it would be safe to assume that perhaps European citizens believed it would take a considerable amount of time for their continent to rebuild itself. Therefore, a simultaneous eruption of socio-political instability in any European country, either by chance or because someone was trying to exploit the European Land for their own political ends, could increase the risk of war again (Sidhu, 2016). Moreover, at that time the Cold War rivalry was still raging and even though it involved the United States and the USSR as the main actors, there was a chance that the crisis would escalate ‘horizontally’, beyond their military confines, and draw Europe into it. Because of this, European nations did not want to serve as a ground for military confrontation in the global hegemonic struggle between the two superpowers, the US and USSR. Therefore, the END proposed that Europe required a military détente and a nuclear disengagement scheme. The three main cornerstones of the policy of detente were a zone arrangement to move towards the withdrawal of nuclear arms, no-first-use, and conversion of conventional force postures to become unambiguously non-provocative.

Connecting the dots of the European stance on deterrence during the Cold War to South Asia will allow us to explain the situation in the region. South Asia is an area in the Asian continent known for its unique geographical position and ethnocultural terms. The region consists of Bhutan, Afghanistan, Bangladesh, Maldives, Nepal, Sri Lanka, India, and Pakistan. The nuclearization of South Asia started in 1974 when India made its first nuclear test under the name “Smiling Buddha” (Nair, 2020), as it possessed the capacity to produce nuclear weapons and wanted regional and global recognition. Even though India’s initial stance was that their nuclear technology was being developed solely for peaceful means, Pakistan, being the next-door neighbour, fell into a security dilemma and perceived India’s pursuit of nuclear capability as a threat.

The nature of the conflict between these two states is territorial, predominantly over the Kashmir region, and three major wars and multiple minor conflicts have already been fought after the disintegration of the subcontinent. Decades of rivalry had been an exploiting point for superpowers like the U.S. and China, who utilised the region as an economic battlefield just like Europe was being drawn into the shackles of the Cold War. The U.S-India alliance not only was formed to oppose China’s geopolitical prowess as a whole but also to contrast its partnership with Pakistan. Both states share a border of 2900 km and thus chances of accidental war were automatically increased (GOYAL, 2019). Considering the tensions during this period, we could draw a parallel line with the Cold War but the U.S. in both cases is oceans away from its potential rivals, USSR and China. However, back in the Cold War, USSR had geographic proximity to Europe and in the contemporary new Cold War China shares a border with both India and Pakistan. This could significantly increase the influence of the respective global powers on the regions, as geographical distance acts as an important determinant when it comes to geopolitical security concerns.

India and Pakistan have a great deal of preventive war tendencies, which could be defined as military, diplomatic, and strategic endeavours that could wage a war in the absence of legitimate targets (Strauss, 2017). Since preventive war is unethical and indiscriminate because absence of legitimate targets seems to imply the absence of a just cause. If there are no threateners, there cannot be a threat, hence it also does not ensure credible nuclear deterrence. Credible nuclear deterrence is ensured when a state could maintain three main points (Spindelegger, 2010): the prevention of Preventive War, the development of second-strike capability, and the avoidance of accidental war. Moreover, military organisational behaviour in India and Pakistan is making the threat of preventive war still stand. Both states do not even possess sophisticated weaponry with permissive links and locks, so there are high chances that accidental war can occur. Even more so, the US supports India in developing its missile defence system also because it views China’s military hegemony as a looming threat to the region. The missile defence system (Arms Control Association, 2019) could be one of the most prominent threats to the strategic stability of South Asia, for the reason that if India manages to fully develop it, Pakistan’s nuclear warheads will become irrelevant and the concept of mutually assured destruction will become futile and obsolete. Moreover, this would give India the margin to start a preventive war by using its first-strike capability, hampering Pakistan’s own second-strike nuclear capability, thus affecting nuclear deterrence between India and Pakistan.

South Asia needs to analyse the situation and take lessons from the movement that was generated in Europe and which still stands today. Although historically no such movement took root in South Asia, a prominent case study can be viewed in Austria’s foreign policy and stance on disarmament, which has been at the forefront of international activism as it became nuclear allergic as well antimilitaristic ever since the end of the Cold War. This is especially true considering how, since then, the activism for nuclear disarmament in Austrian foreign policy has been at its peak in the international arena. Indeed, Austria has promoted nuclear disarmament since the 1990s and a strong antinuclear identity prevails among the Austrian people as well (Gärtner, 2017).

Although the idea of disarmament seems idealistic, it is commending to strive for a cause that would not let the region fall prey to the aggressive notions of superpowers. Just like Europe, South Asia has also been a war-torn region for quite some time, which has made the region extremely unstable in terms of the political, economic, and social spheres. Thus, first and foremost, nuclear confidence-building measures and arms control agreements between Pakistan and India, which currently share names of their operating nuclear sites on a yearly basis, should be promoted. Nuclear weapons are a menace to global security, not only in South Asia but also in other parts of the world,  meaning that long-term stability will be a mirage without disarmament. Although certain European states still possess nuclear weapons, nevertheless, the historical EU activism for nuclear disarmament sets an example for both the regions, South Asia and Europe.

As the Austrian President Heinz Fischer puts it before the UN-General Assembly:

“Abolish nuclear weapons before they abolish you!” (Maitre, 2019)